The $500,000 Dr. Harry M. Zweig Memorial for 3-year-old trotters will be raced at Vernon Downs on Saturday afternoon. 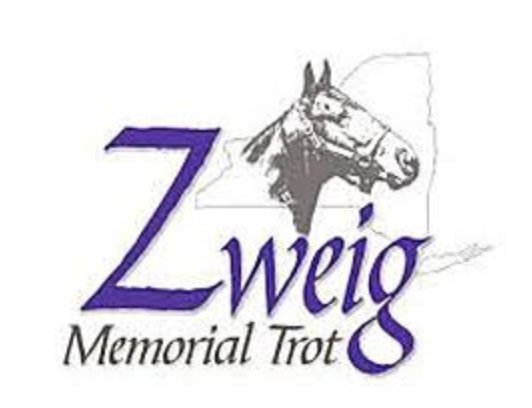 VERNON — The $500,000 Dr. Harry M. Zweig Memorial for 3-year-old trotters will be raced at Vernon Downs on Saturday afternoon.

The $310,000 open division (race 9), features a match up of two of the top Hambletonian contenders in Branded By Lindy (PP No. 1 Yannick Gingras) and Fast As The Wind from the far outside post nine with Dexter Dunn aboard.

These two colts emerged late in their freshman season and are off to promising sophomore starts.

Both of Branded By Lindy’s 2022 races have been over the Vernon oval, a NYSS win and a “free too late” second in the Empire Breeders Classic. The Lindy Farms’ homebred son of Chapter Seven has been brought along carefully by trainer Domenico Cecere with focus squarely on the Hambletonian trophy.

Fast As The Wind has been the consummate racehorse throughout his career for trainer Tony Alagna. The son of Cantab Hall has been on the board in all five starts this season and was a handy winner of the Goodtimes stakes at Mohawk last month. Three-time defending “Driver of the Year” Dunn will need all of his considerable skill to overcome the poor post for owners Leblanc & Kribbs, Joe Sbrocco, John Schmucker and Fodera, Barbara Frank.

The logical favorite for the $123,000 Zweig filly stake (race 8) is Jiggy Jog S (PP No. 2 Dunn) who comes in off a 1:54h win in the NY NY Mile at Yonkers for owner Jorgen Sparredal last Friday. Ake Svanstedt trains Jiggy Jog, as well as a second contender in Baptism who Ake drove to an impressive 1:51.4 win in a division of the Reynolds stake at The Meadowlands last week. She is 4 of 5 this season for Diamond Creek Racing and Crossover Racing.

Yanaba carries the hopes of the home team in the filly race as local trainer Dan Daley puts her in the hands on Vernon “Favorite Son” Brian Sears for the filly Zweig. She’s been razor sharp all season for Dan’s wife Ann-Mari and partners Jared Daley and Oleg Ivutin.

Both the colt and filly stakes drew declarations enough to require consolations, which contain some very intriguing participants.

Both Dan Patch freshman award winners, King Of The North and Venerable, will race in the colt and filly consolations respectively as they hone their form toward Hambletonian Day on Aug. 6