DCL Management Corp, tenant of 2 Freedom Mall, was approved by the city Zoning Board of Appeals during its regular meeting Wednesday for a 30-foot wide by 7-foot high Five Below. 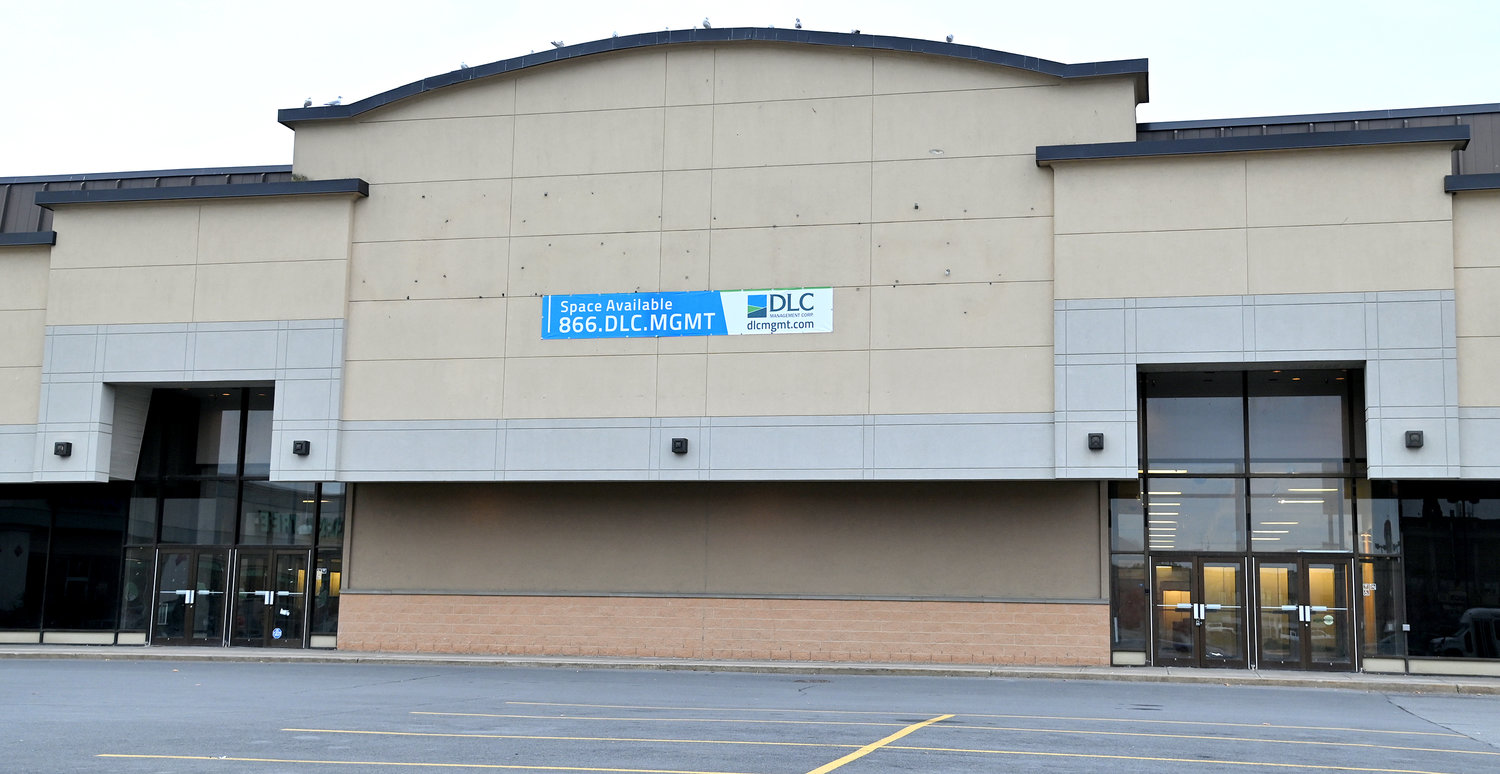 The former JCPenney department store at Freedom Plaza in Rome, which shuttered its doors more than two years ago, is slated to get a new tenant. Paperwork filed with the Zoning Board of Appeals seeking a variance for a new sign indicates the business may be a Five Below store.
(Sentinel photo by John Clifford)
Posted Saturday, November 5, 2022 11:00 am
Nicole A. Hawley
Staff writer
email / twitter

ROME — DCL Management Corp, tenant of 2 Freedom Mall, was approved by the city Zoning Board of Appeals during its regular meeting Wednesday for a 30-foot wide by 7-foot high Five Below sign for the future store location.

Last month, DCL officials said an agreement had not yet been finalized with Five Below for the Freedom Plaza location. City officials learned of DCL’s intent to lease the space to a new retailer at the location from the area variance application that was submitted to the ZBA for a new sign.

While DCL had requested the 30-foot wide by 7-foot high sign, the city code allows for a maximum size of 67 square feet. The proposed sign is 210 square feet, which is 143 square feet above the allowable size.

Rania Kassis and Cristina Caceres, representing Kassis Superior Signs, Inc., of Syracuse, spoke before the board and said the size of the proposed new sign was necessary not only for Five Below store-branding, but also for visibility so it could be seen from the roadway and so it was more consistent with existing signs for the Grand Union and Marshalls stores, for example.

There is no permanent road sign currently. The board unanimously approved the area variance.

• Two residents spoke in opposition of a request by Najam Adnan, owner of 225 N. Washington St., who was seeking a use variance to covert a two-story dwelling consisting of a business on the first floor and two apartments on the second floor, to a five-family dwelling unit. According to official city records, the building was unlawfully converted by the previous owner. Adnan said he purchased the North Washington Street property in July for $165,000.

Despite the opposition from neighbors, the Zoning Board of Appeals approved the use variance by a 4-1 vote, with Joseph Pasqualetti Jr. voting against the request.

Architect Sarah Metott, representing Adnan, stated that the new owner approached her and “wanted to do all the right things and get the building up to codes,” since it had been unlawfully converted by the former owner. A multi-family is not permitted use in that zone, according to city code.

The property was “sold without his knowledge,” that it had been unlawfully converted, Metott said.

Michael Uvanni, owner of Michael J. Uvanni Interiors, 209 W. Court St., showed pictures of neighboring properties that had been turned into multi-family dwellings “and they are a wreck.”

He said, “You’ve over-saturating the area with apartments. One apartment (nearby) had to do iron grates to stop the thefts. This is also in the historic district, and I don’t think we should be adding as many units as we can to get them into a building. I think all agree that the inner-city is in terrible shape, and I think it’s because people are squeezing in all these apartments into a building as it can fit.”

Philip Trela, owner of 111 and 113 W. Court St., said he stood in “strong opposition’ of increasing the “density” or amount of apartments at 225 N. Washington St., because there have already been nuisance issues at the property.

“What I’ve seen in the neighborhood is horrendous — I’ve seen drugs, all kinds of small crime, and what’s happening right now with the current tenants, is more of the same,” said Trela. “I’ve seen the police there multiple times. I’m forced to listen to loud music, I find garbage and remnants of parties scattered across the property” and Adnan “is not doing anything at all to manage what’s going on there. The quality of tenants there are the absolute lowest...This lowers the value of my property.”

As for the Downtown Arts District and further Downtown Revitalization Initiative development, allowing more apartments “from my understanding, would not be consistent with the city’s master plan, and it would not draw the right tenants,” Trela continued. “The master plan changed and was developed 10-12 years ago with the idea we would do away with slum lords and make real changes, but the idea of five apartments” in one building “doesn’t float with the plan for the city in an area so close to the Arts District and only one block away from where we’re all standing — City Hall.”

Zoning Board member James DiCastro asked Adnan if he owned other rentals, and he stated he owned and rented out a house on Pleasant Avenue for 16 years. When asked about monthly rent if the variance was approved, Adnan said he was charged just under $900.

Board member Pasqualetti advised Adnan to take legal action against the realtor who sold him the property.

“I think the real estate agent should be suspended, and I think the city should be going after these people too,” Pasqualetti. “This guy is no more than a common thief. I can’t approve. The debt will be a lot more than what you’re claiming.”

Other board members cited the need for additional apartments in the city and that Adnan had a history of being a responsible landlord with his Pleasant Avenue property. Others felt Adnan needed ample opportunity and time to turn the property around, seeing he just purchased it in July.

“When I look at the criteria,” for the variance “you won’t get a reasonable return with two apartments given that mortgage,” said board member Raymond Tucker. “The fact this was done illegally without anyone’s knowledge makes it a little unique,” and therefore the hardship was not self-created.

• A request for an area variance by Jeff Moore/Rome Polish Home owner and representative of 501-507 S. George St., to subdivide the existing lot of 1,058 acres to two lots and .62 and .44 acres was unanimously approved. The variance was needed because the maximum impervious surface according to city codes is 50%, and once divided, the .62 acre parcel will further increase the nonconformity of the maximum impervious surface allowed.

• A request for an area variance by Antonio Dipaolo, 1410 N. Madison St., to construct a driveway width extension of the existing paved driveway where the edge of the proposed payment is less than 3 feet from the side lot line was tabled because no one was present to represent the project.