Zombie cells central to the quest for active old age

In an unfinished part of his basement, 95-year-old Richard Soller zips around a makeshift track encircling boxes full of medals he’s won for track and field and long-distance running.

Zombie cells central to the quest for active old age 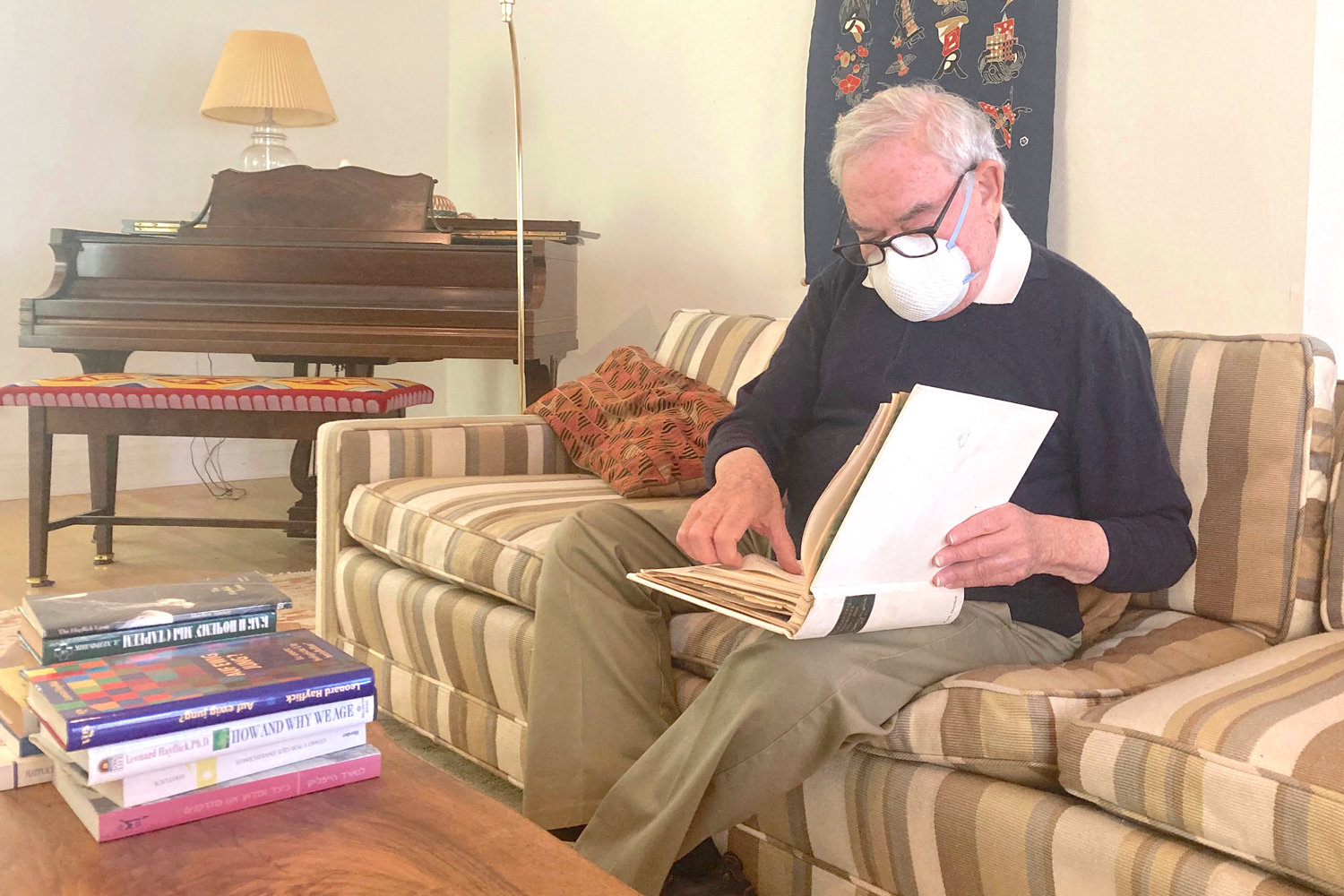 Leonard Hayflick, 94, the scientist who discovered cellular senescence in 1960, leafs through a binder containing his research at his home in The Sea Ranch, Calif., on May 23. He discovered cellular senescence by accident, cultivating human fetal cells for a project on cancer biology and noticing they stopped dividing after about 50 population doublings. This wasn’t a big surprise; cell cultures often failed because of things like contamination. What was surprising was that others also stopped dividing at the same point. The phenomenon was later called “the Hayflick limit.”
(AP Photo/Laura Ungar) 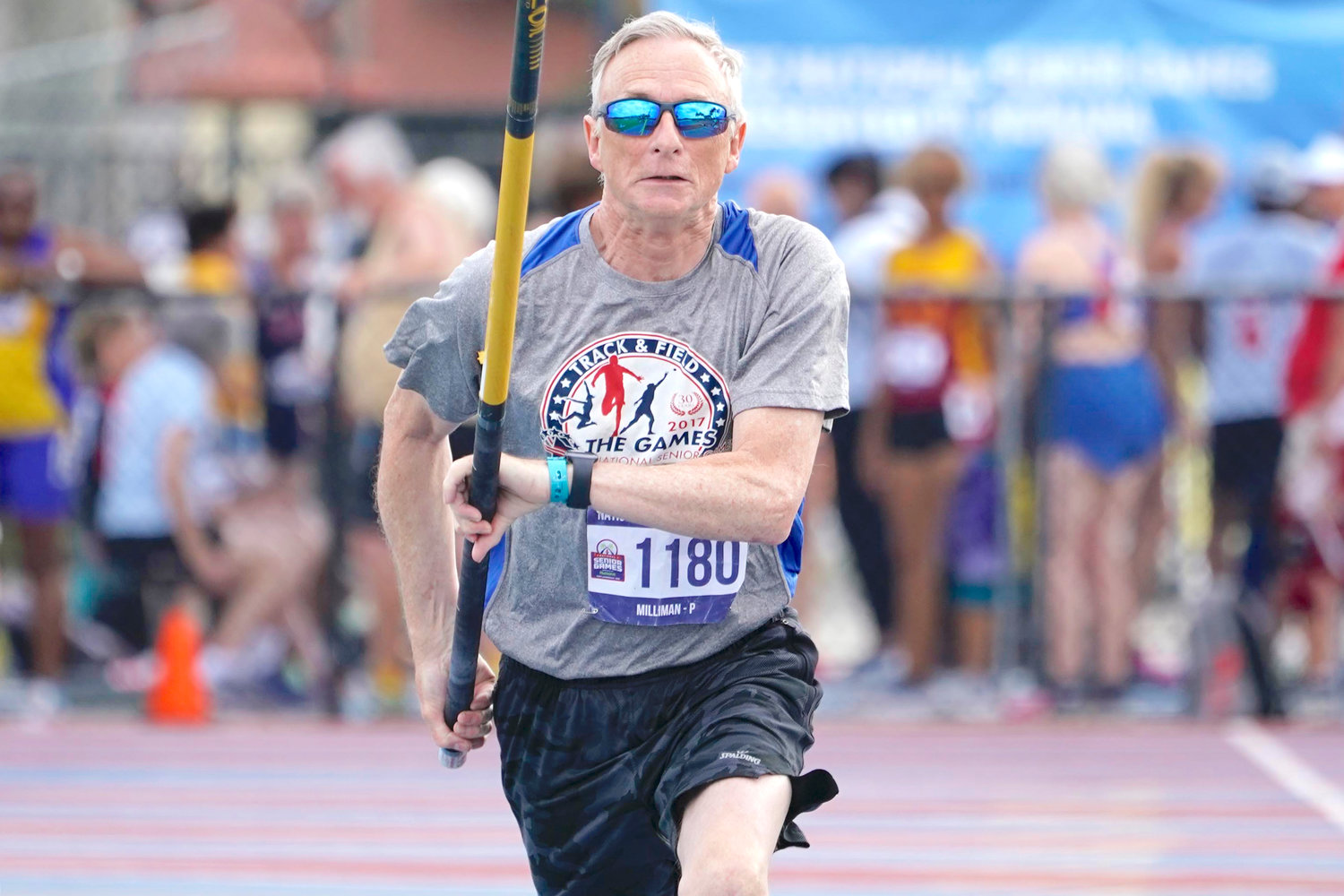 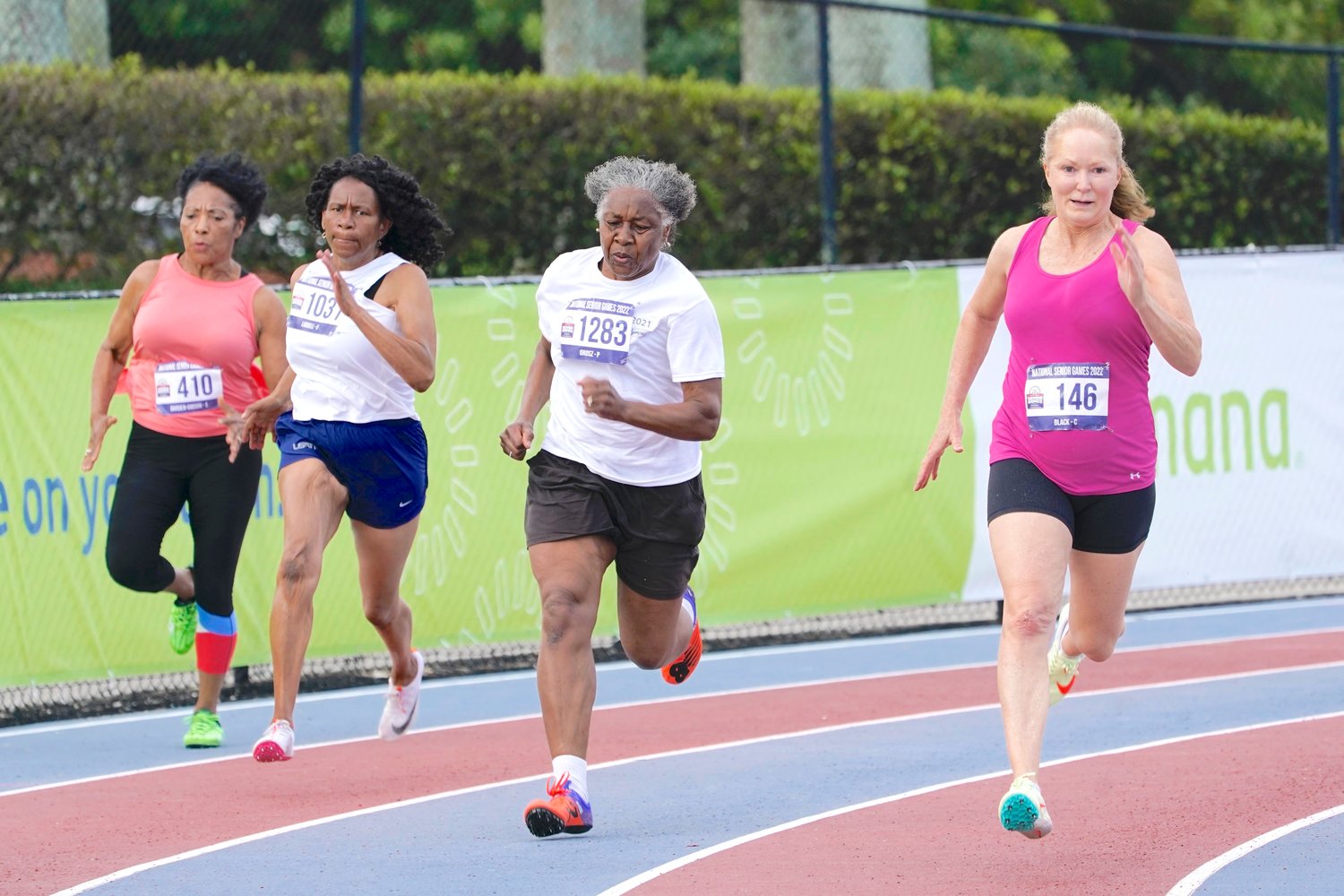 In an unfinished part of his basement, 95-year-old Richard Soller zips around a makeshift track encircling boxes full of medals he’s won for track and field and long-distance running.

Without a hint of breathlessness, he says: “I can put in miles down here.”

Steps away is an expensive leather recliner he bought when he retired from Procter & Gamble with visions of relaxing into old age. He proudly proclaims he’s never used it; he’s been too busy training for competitions such as the National Senior Games.

Soller, who lives near Cincinnati, has achieved an enviable goal chased by humans since ancient times: Staying healthy and active in late life. It’s a goal that eludes so many that growing old is often associated with getting frail and sick. But scientists are trying to change that — and tackle one of humanity’s biggest challenges — through a little known but flourishing field of aging research called cellular senescence.

It’s built upon the idea that cells eventually stop dividing and enter a “senescent” state in response to various forms of damage. The body removes most of them. But others linger like zombies. They aren’t dead. But as the Mayo Clinic’s Nathan LeBrasseur puts it, they can harm nearby cells like moldy fruit corrupting a fruit bowl. They accumulate in older bodies, which mounting evidence links to age-related conditions such as dementia, cardiovascular disease and osteoporosis.

But scientists wonder: Can the zombie cell buildup be stopped?

“The ability to understand aging – and the potential to intervene in the fundamental biology of aging – is truly the greatest opportunity we have had, maybe in history, to transform human health,” LeBrasseur says.

With the number of people 65 or older expected to double globally by 2050, cellular senescence is “a very hot topic,” says Viviana Perez Montes of the National Institutes of Health.

About 100 companies, plus academic teams, are exploring drugs to target senescent cells. And research offers tantalizing clues that people may be able to help tame senescence themselves using the strategy favored by Soller: exercise.

Although no one thinks senescence holds the key to super long life, Tufts University researcher Christopher Wiley hopes for a day when fewer people suffer with age-related diseases.

Leonard Hayflick, the scientist who discovered cellular senescence in 1960, is himself vital at 94. He’s a professor of anatomy at the University of California, San Francisco, and continues to write, present and speak on the topic.

His scientific renown didn’t come easily. He discovered cellular senescence by accident, cultivating human fetal cells for a project on cancer biology and noticing they stopped dividing after about 50 population doublings. This wasn’t a big surprise; cell cultures often failed because of things like contamination. What was surprising was that others stopped dividing at the same point. The phenomenon was later called “the Hayflick limit.”

The finding, Hayflick says, challenged “60-year-old dogma” that normal human cells could replicate forever. A paper he authored with colleague Paul Moorhead was rejected by a prominent scientific journal, and Hayflick faced a decade of ridicule after it was published in Experimental Cell Research in 1961.

“It followed the usual pattern of major discoveries in science, where the discoverer is first ridiculed and then somebody says, ‘Well, maybe it works’ … then it becomes accepted to some extent, then becomes more widely accepted,” Hayflick says.

Scientists say cell senescence can be useful. It likely evolved at least in part to suppress the development of cancer by limiting the capacity of cells to keep dividing. It happens throughout our lives, triggered by things like DNA damage and the shortening of telomeres, structures that cap and protect the ends of chromosomes. Senescent cells play a role in wound healing, embryonic development and childbirth.

Problems can arise when they build up.

Experimental drugs designed to selectively clear senescent cells have been dubbed “senolytics,” and Mayo holds patents on some. In mice, they’ve been shown to be effective at delaying, preventing or easing several age-related disorders.

Possible benefits for people are just emerging, and at least a dozen clinical trials with senolytics are now testing things like whether they can help control Alzheimer’s progression and improve skeletal health.

Amid the buzz, some companies market dietary supplements as senolytics. But researchers warn they haven’t been shown to work or proven safe.

Today, LeBrasseur, who directs a center on aging at Mayo, says exercise is “the most promising tool that we have” for good functioning in late life.

Research suggests it counters the buildup of senescent cells. For example, a study LeBrasseur led last year provided the first evidence in humans that exercise can significantly reduce indicators, found in the bloodstream, of the burden of senescent cells in the body.

Many older adults, like Soller, intuitively equate exercise with youthfulness. After a torn hamstring stopped him from running track in high school, Soller fell into an unhealthy lifestyle in early adulthood, smoking two packs of cigarettes daily. But he and his wife Jean quit when their daughter Mary came along.

He started running again just before turning 50, and since then has run in races across the U.S. and participated in decades of Senior Games competitions. In May, Soller joined 12,000 like-minded athletes in Florida for the latest national games in the Fort Lauderdale area – winning five medals to add to his collection of 1,500 prizes.

Soller says exercise keeps him fit enough to handle whatever comes his way.

“Do as much as you can,” he says. “That should be the goal for anyone to stay healthy.”