With less than seven weeks until Election Day, the race to become New York’s first elected governor since Andrew Cuomo quit the job in August 2021 has turned into a debate over debates. 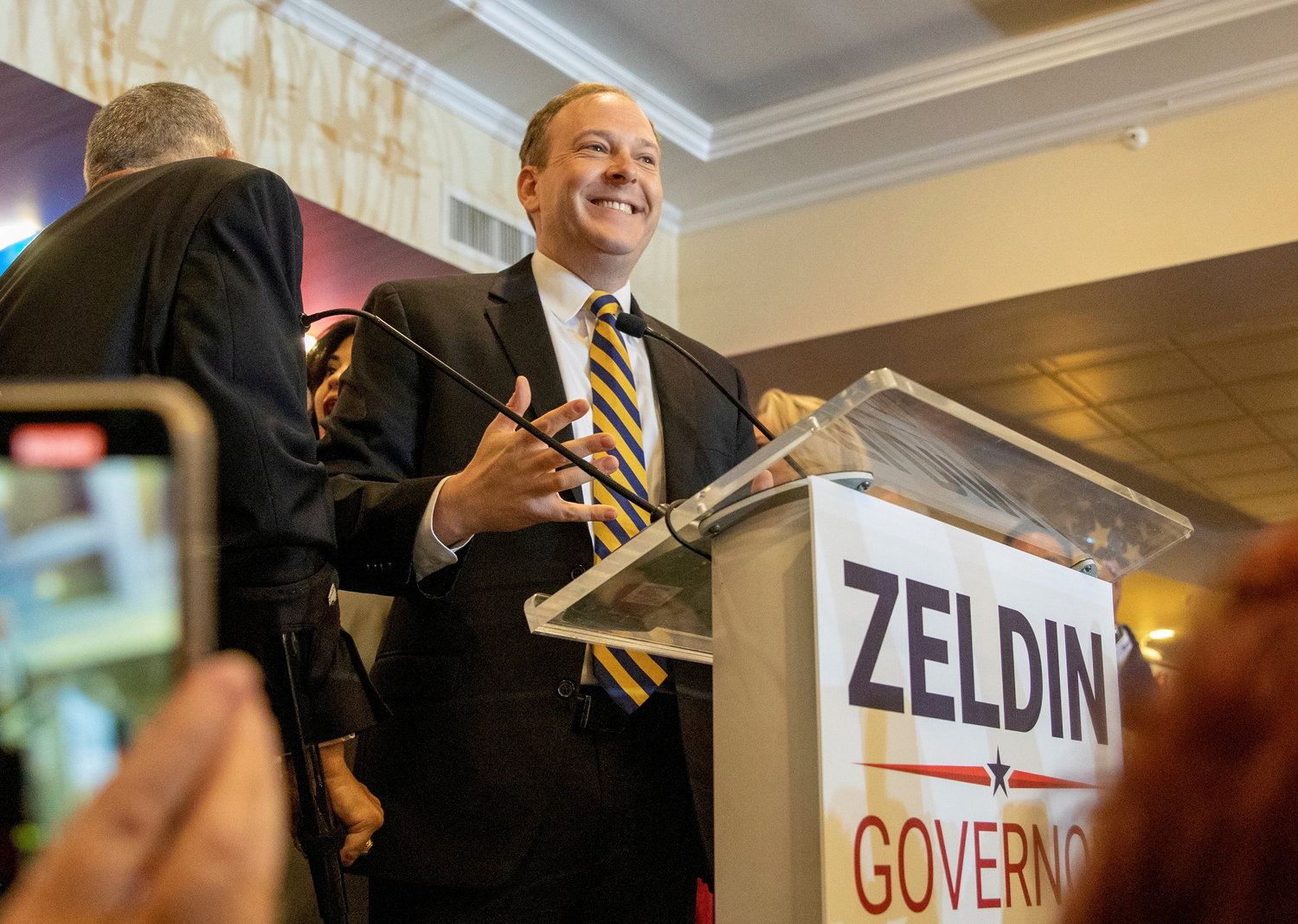 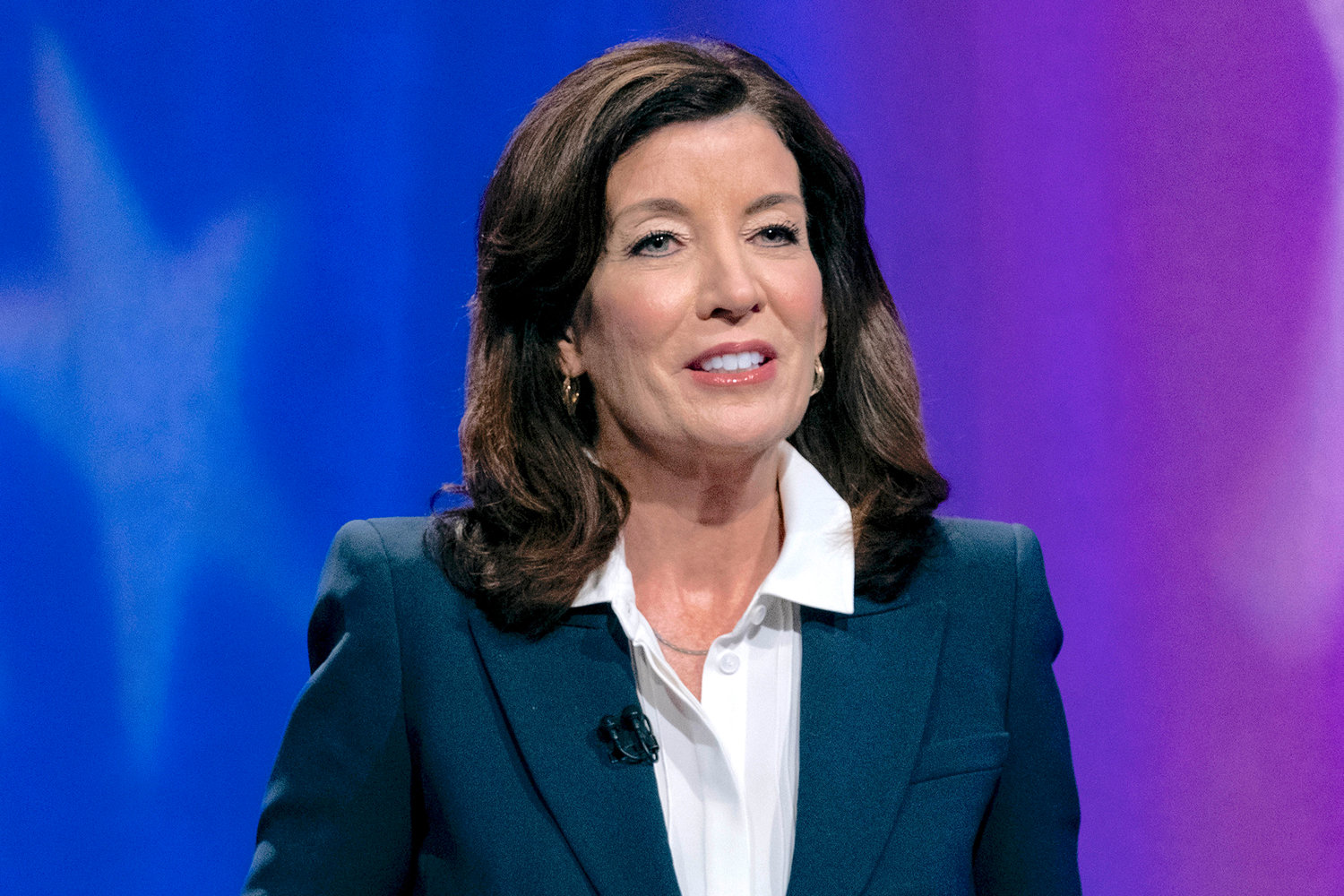 ALBANY — With less than seven weeks until Election Day, the race to become New York’s first elected governor since Andrew Cuomo quit the job in August 2021 has turned into a debate over debates.

Thursday night, the possibility of getting Gov. Kathy Hochul and her GOP opponent, Rep. Lee Zeldin, on a debate stage together appeared to be slipping away. The Republican candidate called the Democrat’s plan for a single downstate debate hosted by Spectrum News 2 weeks before the election too little, too late.

Zeldin had earlier called on Hochul to accept a pair of debate proposals pitched by other media outlets.

When her campaign did not acknowledge those requests, the conservative NY Post mocked Hochul Sept. 16 with a front-page graphic depicting the governor in a chicken costume with the headline: “Why won’t our scaredy Kat governor agree to debate opponent Lee Zeldin?”

The pressure has since been directed at Zeldin after Spectrum, a cable news outlet, announced this week that Hochul had accepted its invitation to host an October 25 debate.

Zeldin branded that proposal a “non-starter” Thursday, noting the proposed event wouldn’t happen until well after absentee ballots had been sent to voters. Early voting in New York begins Oct. 29.

Grant Reeher, director of the Campbell Public Affairs Institute at Syracuse University, said given the size and complexity of New York and its state government, “there should be at least four or five debates,” spread across the various regions.

Reeher, who has helped arrange and hosted numerous political debates, said politicians who try to delay debates until very late in the election cycle are often attempting to insulate their campaigns from the possibility of gaffes or other controversies that could emerge in a televised debate.

Zeldin lashed out at Hochul for what he called her “cowardly attempt to participate in just one debate at the end of October on cable that millions of New Yorkers can’t access on their TVs.”

He pointed out many voters don’t subscribe to Spectrum, the cable company that operates Spectrum News, and instead are customers of DISH, Direct TV or Verizon/FIOS.

But although Zeldin excoriated Hochul for limiting her debate participation to a single event, he did not altogether rule out the possibility of becoming involved with the debate accepted by the governor’s campaign team.

Hochul’s campaign ads have suggested Zeldin, if elected, would curb access to abortions and labeled him “extreme and dangerous.” Zeldin has argued Hochul’s legislative agenda has weakened public safety, with the cashless bail system leaving New Yorkers vulnerable to criminals.

“This is like betting on a stock that’s fallen and will never recover,” Sheinkopf said. “He would be missing an opportunity to be on television before hundreds of thousands of people, and he would be missing an opportunity to confront her on crime. He’s not looking at the facts. And the facts are he is never going to get on the stage with her again.”

State Conservative Party Chairman Gerard Kassar offered a very different viewpoint, contending that Hochul, by insisting on only one debate, “shows she is running scared.”

“The public deserves to hear from the two candidates in forums where the media is asking questions and the candidates get to direct answers to each other,” Kassar said. “That is healthy for our democracy.”

With the chicken analogy made by the New York Post, a Hochul campaign aide sought to turn the tables on Zeldin, tweeting a doctored image of the tabloid front page, one with Zeldin’s face superimposed on the chicken costume.