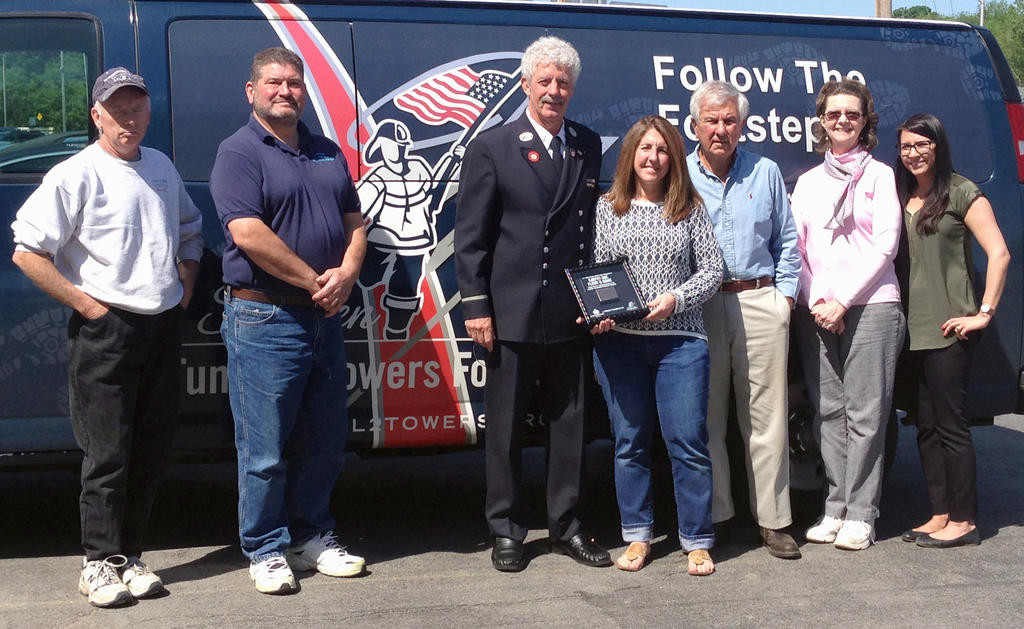 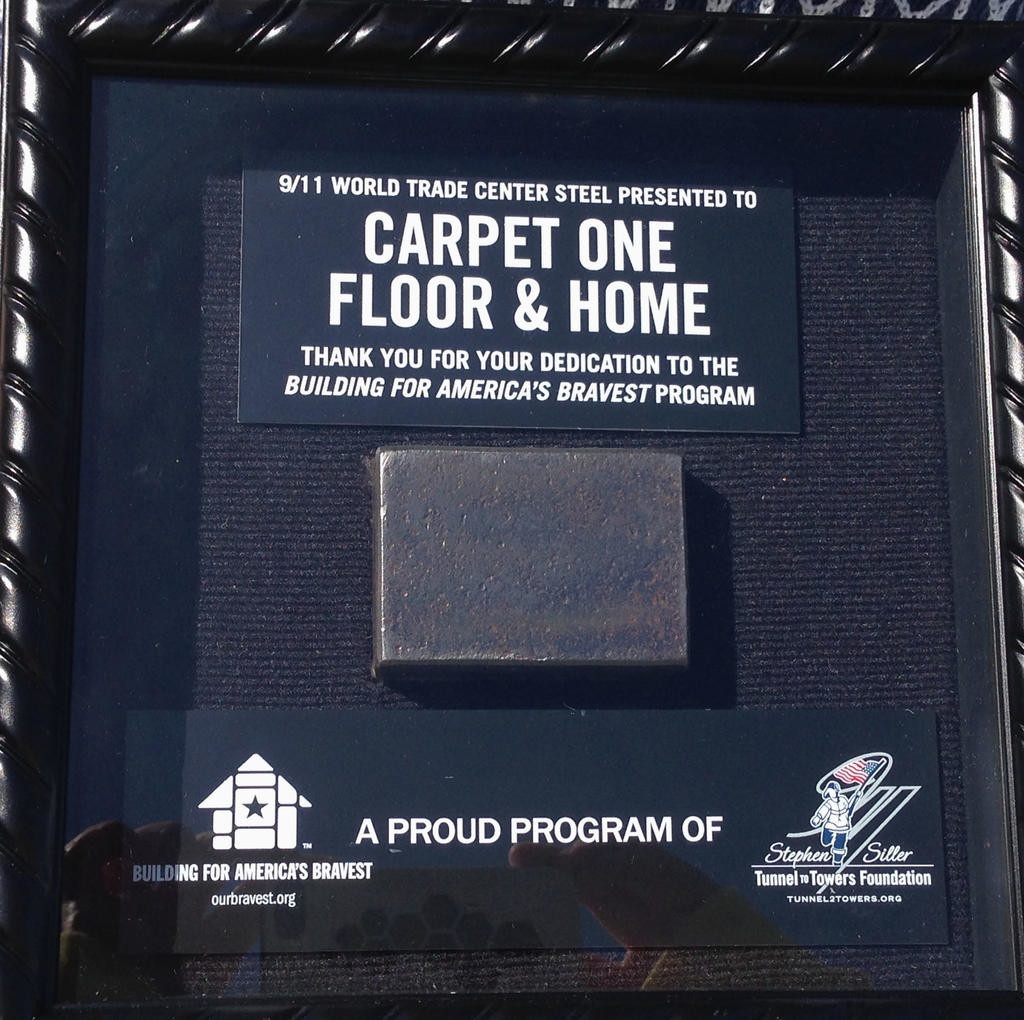 IN APPRECIATION — This shadowbox containing 9/11 World Trade Center steel was presented Thursday to Meelan’s Carpet One Floor & Home of Yorkville, in thanks for its support of the Stephen Siller Tunnel to Towers Foundation’s Building for America’s Bravest program. The program is named for FDNY 9/11 fallen firefighter Stephen Siller.
Previous Next
Posted Monday, May 18, 2015 4:00 pm

A shadowbox containing 9/11 World Trade Center steel was presented Thursday to Joe Meelan, CEO of Meelan’s Carpet One Floor & Home in Yorkville, in thanks for supporting the Stephen Siller Tunnel to Towers Foundation’s Building for America’s Bravest program.

The program builds high-tech “smart homes” for service members returning from war who have been catastrophically injured, according to an announcement.

Carpet One Floor & Home, and its manufacturing partner Mohawk, have committed to providing flooring materials and installation for 46 of the “smart homes.” Each store’s customers are invited to share information about the program with others, and make a personal contribution at the store site. The goal is to collect a donation of $10 – or more – from each customer, to ultimately enable the building of at least two more such homes.

​The shadowbox was presented to Meelan by representatives of the Fire Department of New York City, acting as ambassadors of the Tunnel to Towers Foundation.

“We are truly humbled and honored that the Tunnel to Towers Foundation and members of the FDNY — who were actually at Ground Zero on 9/11 and during its aftermath — are travelling all the way from their home base to visit us and express their gratitude to us,” said Meelan. “In fact, we are the ones who are thankful to them for their dedication and their service. That is why we are so thrilled to be part of this impactful program that helps military heroes who have sustained the most devastating injuries.”