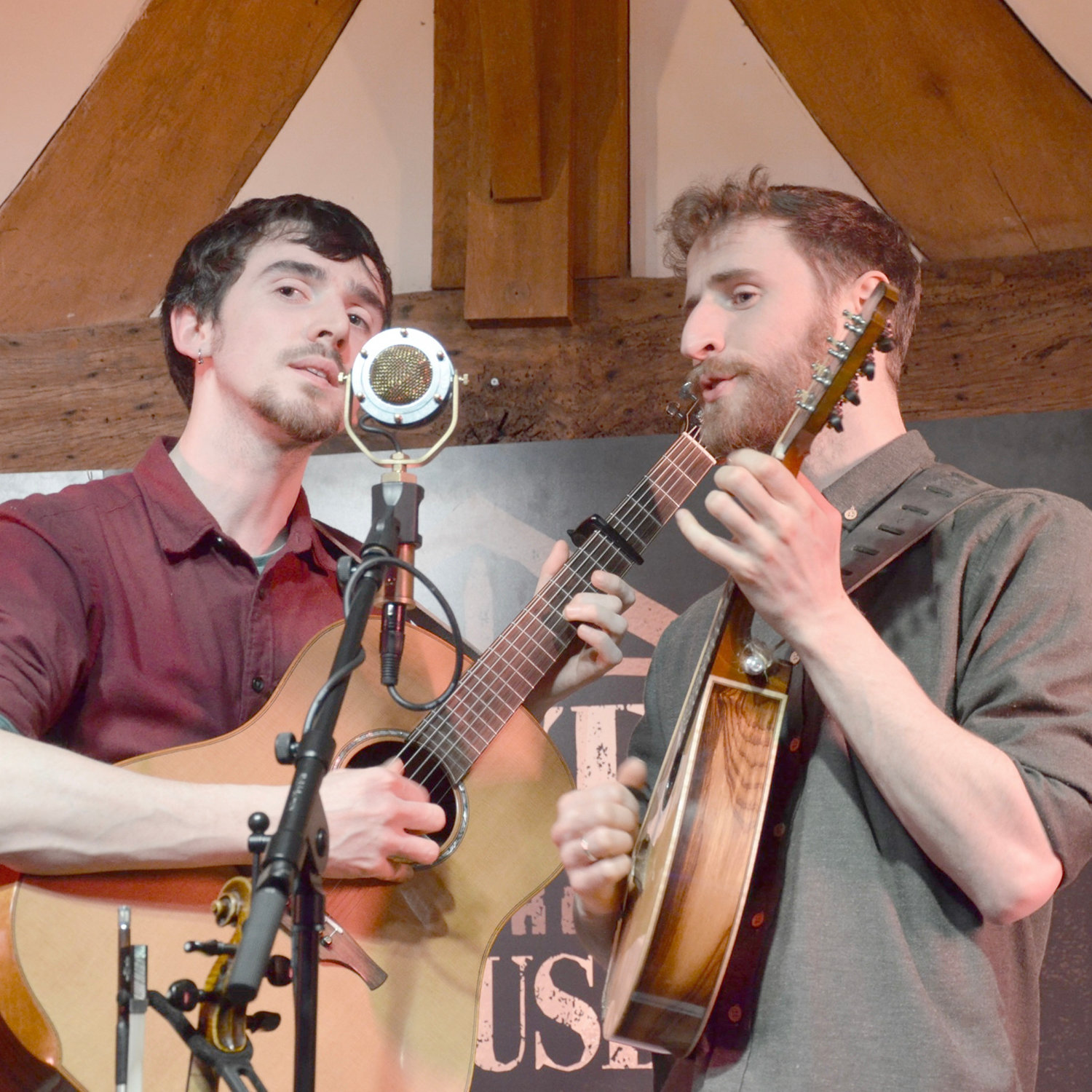 Ye Vagabonds are brothers Brían and Diarmuid Mac Gloinn, who grew up playing music together around their hometown of Carlow, Ireland. After success at summer festivals in Ireland, the brothers joined Glen Hansard on a European tour in 2015 and have since become Ireland’s top folk group with a huge following across Europe.

Ye Vagabonds are known for their exquisite harmonies and intricate musicianship – on fiddle, harmonium, mandolin, bouzouki, and guitar – that make them leaders in the innovative and vibrant Irish folk scene. Their bare-bone vocals and elaborate arrangements are a hallmark of their sound, and for them the song reigns supreme, critics have said.

Ye Vagabonds just won the 2021 Best Folk Group and 2021 Traditional Folk Track prizes – the latter for their take on I’m a Rover – in the RTE Radio 1 Folk Awards. Their second album, 2019’s The Hare’s Lament, garnered them a BBC Radio Two Folk Award and three RTÉ Folk Awards. Their new album, Nine Waves, will be released in May.

Ye Vagabonds are beginning their U.S. tour at KAC. They then head to Hell’s Kitchen for a four-night run at the new Irish Arts Center (IAC). Tickets can be purchased online at www.kacny.org/kac-live, or by calling 315-853-8871, or at the door (if not sold out).

Proof of vaccination is required for all audience members, and masks are encouraged.