Yankees suffer only its third loss in 20 games 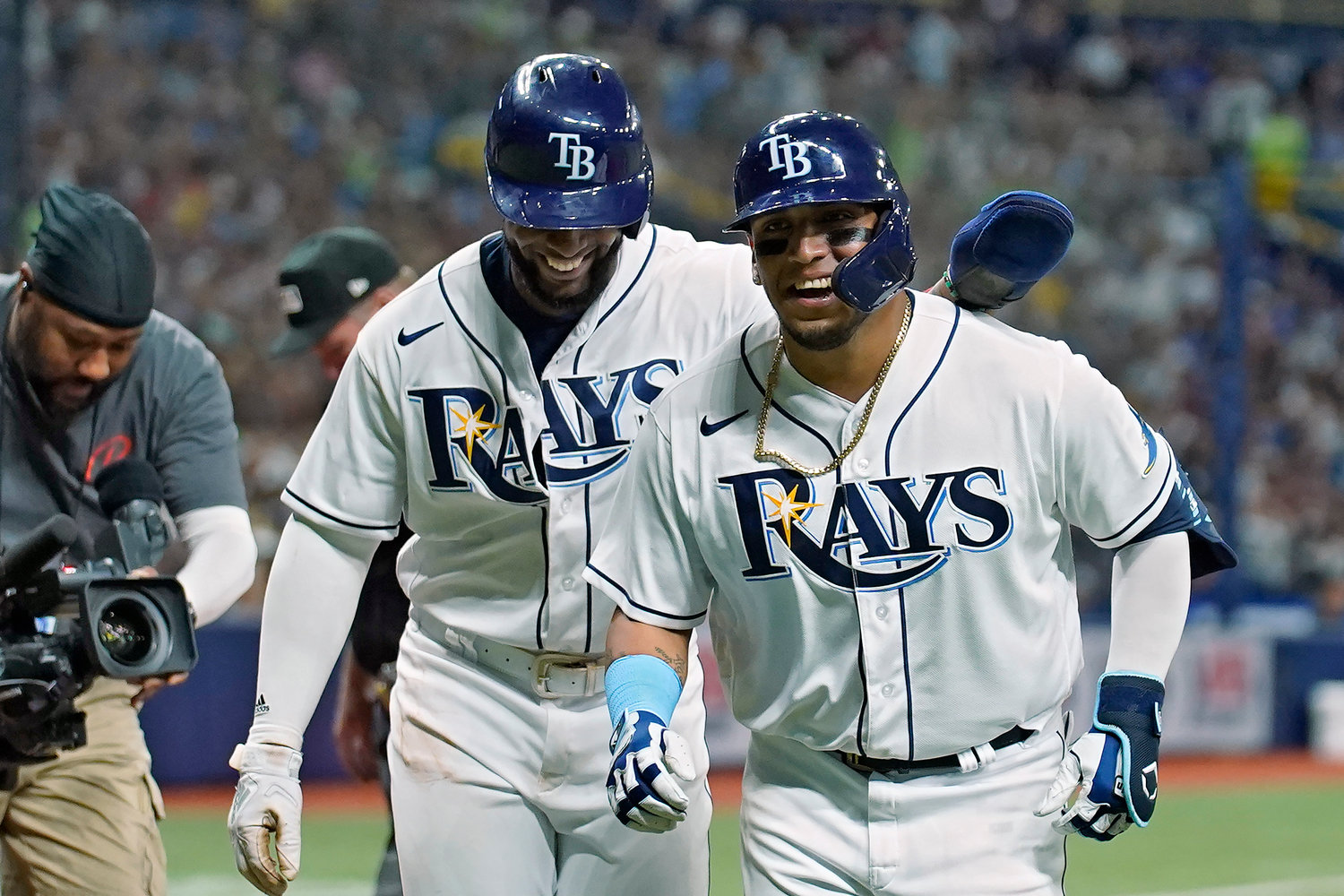 Paredes combined with Harold Ramirez for back-to-back homers in the first off Nestor Cortes, then put the Rays ahead 3-2 in the third and added a two-run drive in the fifth on the first pitch after Clarke Schmidt relieved.

It was just the second multihomer game for Paredes, who hit two against Detroit on May 18. He was hit by a pitch from Ron Marinaccio in the seventh.

“The adrenaline was definitely saying that I should hit another homer,” Paredes said through a translator.

Tampa Bay had lost eight of its previous 10 games.

The Rays acquired the 23-year-old from Detroit on April 4 for outfielder Austin Meadows. Paredes is hitting .209 with eight homers and 16 RBIs, and 10 of his last 13 hits have been for extra bases.

“That’s what made it very special,” Paredes said. “It’s always a tough series against the Yankees and so it’s very important to win against them. With the series that we’ve been having up to this, I’m just glad we were able to get a victory out of this.”.

The Rays led 5-2 before Marwin Gonzalez hit a two-run homer with two outs in the ninth off Colin Poche, who got his fifth save when pinch-hitter Aaron Judge flied out to the left-field warning track.

“Got off a great swing and just missed tying it,” Yankees manager Aaron Boone said.

Shawn Armstrong (1-1), the second of seven Tampa Bay pitchers, got his first win for the Rays despite giving up DJ LeMahieu’s tying, two-run single in the second.

Cortes (6-3) allowed four runs and six hits in 4 1/3 innings, giving up three homers for the first time in his major league career. His ERA has risen from 1.50 to 2.31 in his last three starts.

“Obviously I gave up a lot of hard contact. Maybe I didn’t execute to where I wanted to execute. That was the biggest reason why you saw what happened today,” Cortes said. “If I would have excuted better it would have been a different story.”

Paredes homered in the first and, three pitches later, Ramirez pulled a pitch down the left-field line. Ramirez’s home run had an 85.4 mph exit velocity, the lowest for a home run over a wall since MLB Statcast began tracking in 2015. The 323-foot drive was the third-shortest home run in the major leagues this season and would not have been out of any other big league ballpark, according to Statcast.

Paredes homered in the third and Boone, not wanting Cortes to face him a third time, brought in Schmidt with a man on in the fifth. Paredes homered on a fastball. “That’s a day he will not forget,” manager Kevin Cash said of Paredes, who became the first player in Rays history to hit three homers through the first five innings.

A change after Monday’s game gave the win to Wandy Peralta (2-1) rather than Clay Holmes, who reverted to 4-0.

Gleyber Torres started at shortstop for the first time since Sept. 12, the day before he was moved back to second base by the Yankees following a lengthy period of poor defensive play on the left side. Isiah Kiner-Falefa, the Yankees regular shortstop this year, missed his third straight game because of a injured left hamstring.

Yankees: LHP Aroldis Chapman (last pitched May 22 due to left Achilles tendinitis) threw a 21-pitch bullpen session at the Yankees minor league complex and could make a minor league injury rehabilitation appearances this weekend, likely at Double-A Somerset. He told reporters he does not expect to rejoin the Yankees as closer, given Clay Holmes’ success. ”(Holmes) is doing an excellent job right now and I think he deserves the role that he has,” Chapman said through an interpreter. ... RHP Jonathan Loaisiga, sidelined since May 22 by right shoulder inflammation, threw on flat ground at Tropicana Field and could throw a bullpen on Friday or Saturday. ... LHP Zack Britton (Tommy John surgery last Sept. 9) also threw a bullpen session at the minor league complex.