United States defender Sergiño Dest joined Italian champion AC Milan with the hope of getting more playing time ahead of the World Cup. 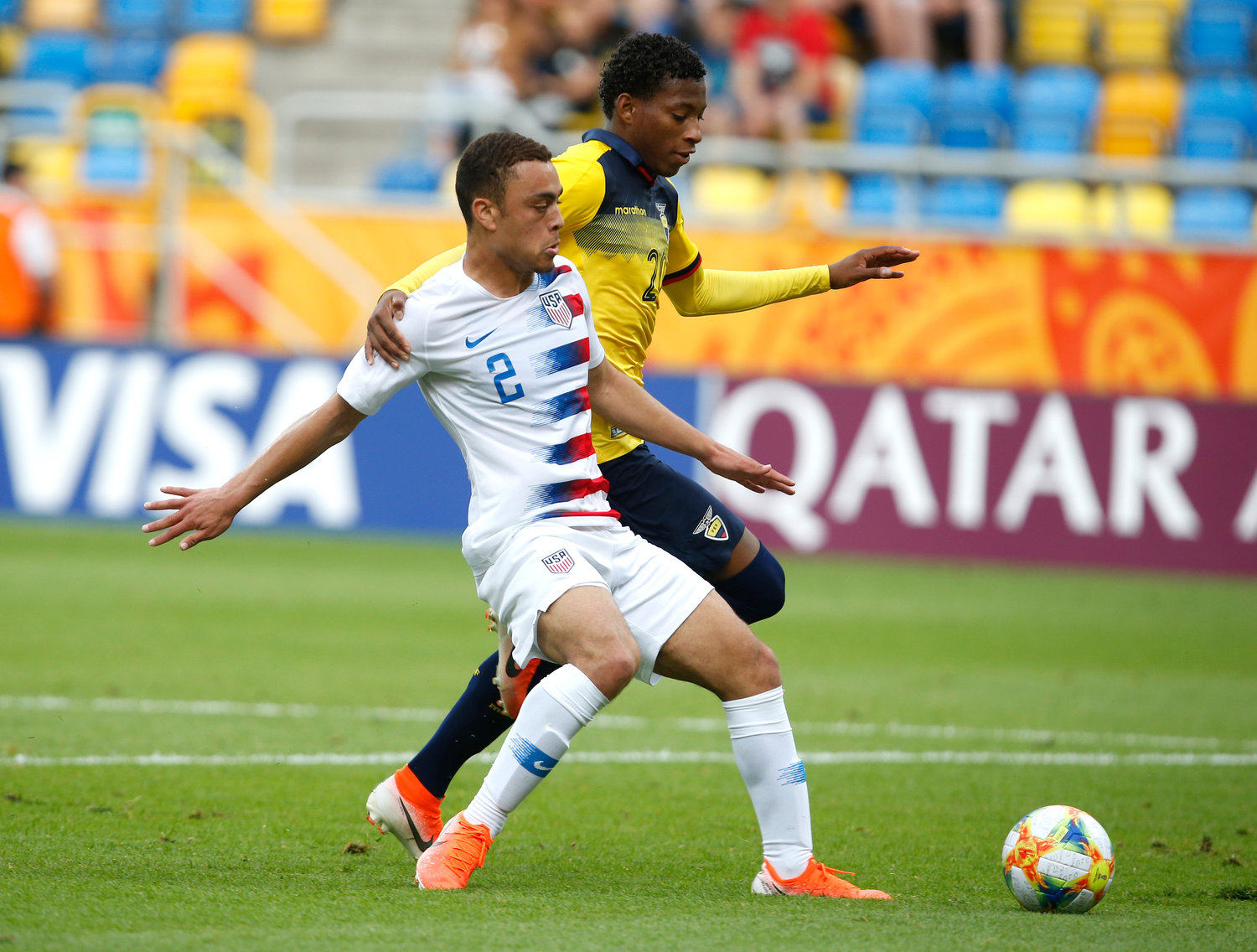 In this June 8, 2019, file photo, United States' Sergino Dest, left, and Ecuador's Gonzalo Plata challenge for the ball during a quarterfinal soccer match at the U20 World Cup in Gdynia, Poland. Sergi√±o Dest is set to become the first American to play for AC Milan in Serie A after the Italian champion signed the defender on loan from Barcelona on Thursday, Sept. 1, 2022, shortly before the transfer window shut.
(AP Photo/Darko Vojinovic, File) 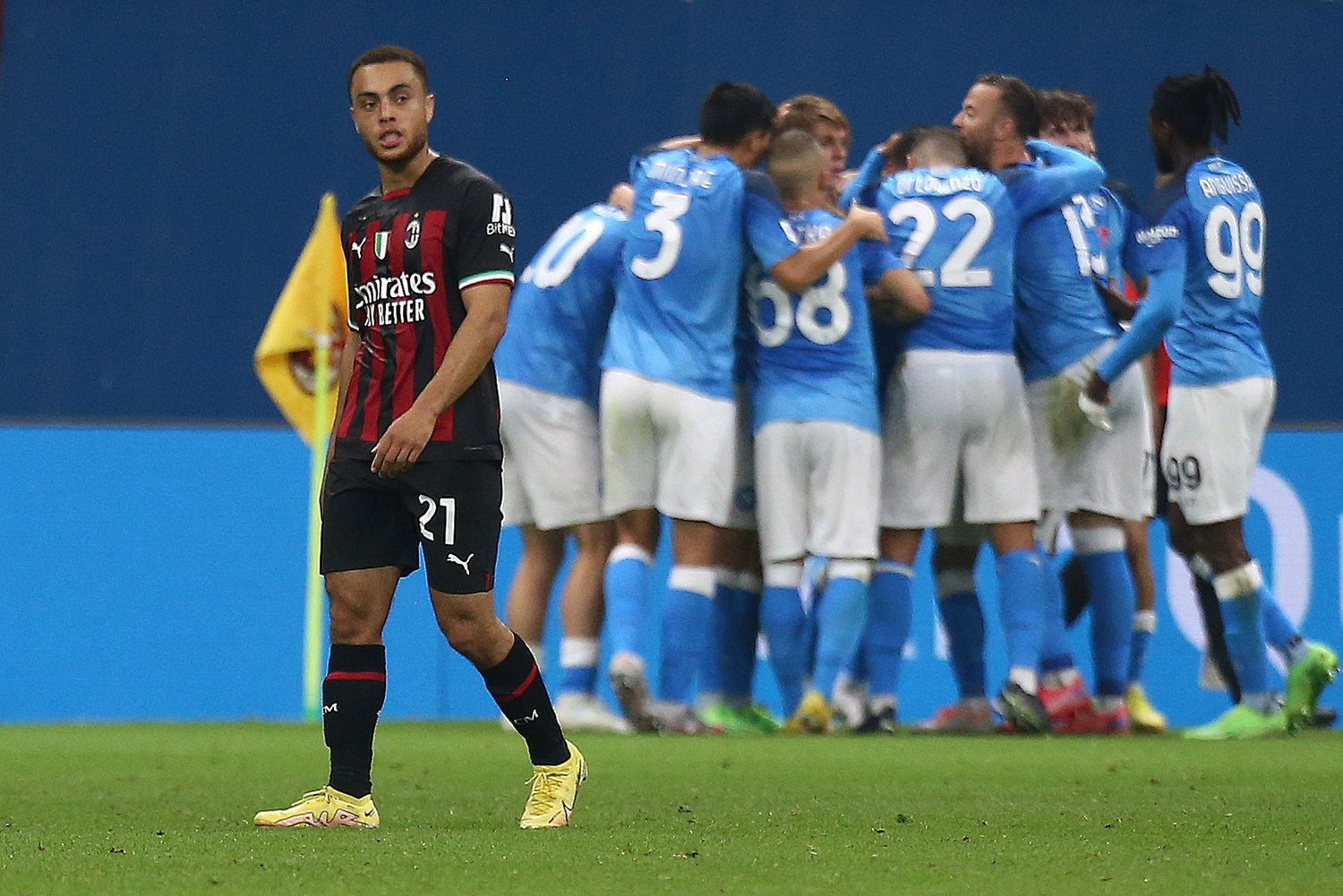 AC Milan's Sergi√±o Dest, left, walks away as Napoli players celebrate a goal during a Serie A soccer match Sunday Sept. 18, 2022, in Milan. United States defender Sergi√±o Dest joined Italian champion AC Milan with the hope of getting more playing time ahead of the World Cup. He‚Äôs gotten off to a tough start.
(Spada/LaPresse via AP) 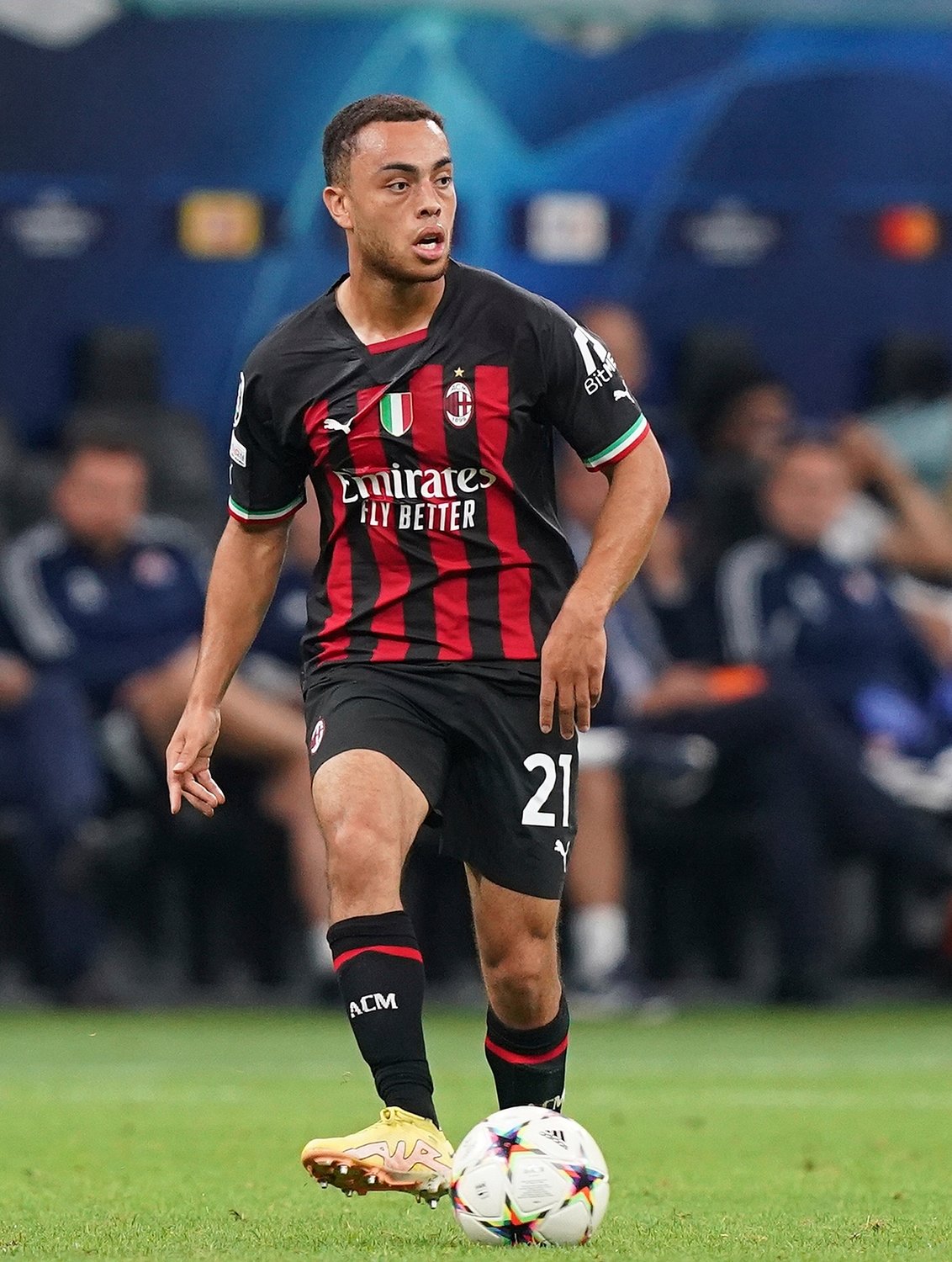 He’s gotten off to a tough start.

“American Horror Story, a 45-minute episode,” was how Italian newspaper Gazzetta dello Sport described Dest’s Serie A debut, giving him a rating of five out of 10 for his performance in Sunday’s 2-1 loss to Napoli. Other newspapers labelled it “a catastrophe” or simply “bad.”

Dest, who joined on loan from Barcelona on transfer deadline day, had played in both of Milan’s Champions League group games but made his first appearance in the Italian league when he came on as a halftime substitute for Davide Calabria against Napoli.

He struggled from the outset and after less than 10 minutes gave away the penalty that led to the opening goal — and Milan’s first loss of the season — when he fouled speedy Napoli winger Khvicha Kvaratskhelia.

“Dest is a good player. As is Kvaratskhelia,” Milan coach Stefano Pioli said. “Calabria also struggled against the Georgian.”

The 21-year-old Dest has a Surinamese-American father and Dutch mother and chose to play for the United States instead of the Netherlands, where he was born and raised. He has scored two goals in 17 matches for the national team.

Dest started his career at Ajax before moving to Barcelona two years ago for 21 million euros (then $24.7 million) but he couldn’t establish himself as a regular starter.

He had plenty of minutes in his first season at Barcelona, under coach Ronald Koeman, but then his playing time gradually decreased. He nevertheless had chances under coach Xavi Hernández in the Europa League last season but also couldn’t take advantage of them.

And Dest knew that, with the World Cup approaching in November, he needed to have a regular place in a team.

United States coach Gregg Berhalter plans to announce his World Cup squad on Nov. 9, five days before the deadline to submit it to FIFA.

Dest is a first-choice right back for the American team and also a backup on the left behind Antonee Robinson.

If healthy, Dest seems almost guaranteed to start against Wales in the Americans’ opening group game on Nov. 21 — DeAndre Yedlin, Reggie Cannon, Joe Scally are big drop-offs in comparison — but he’ll want to take some form with him to Qatar.

Germany faces an anxious wait to see if Borussia Dortmund captain Marco Reus will be ready in time for the World Cup following a serious-looking ankle injury in the Ruhr derby on Saturday.

Dortmund said the 33-year-old Reus will miss three to four weeks because of a ligament injury in his right ankle. It seems an optimistic assessment from a club that has rushed players back from injuries too soon in the past — United States midfielder Gio Reyna had repeated setbacks last season.

Reus has only played 48 games for Germany. He missed the team’s winning World Cup run in 2014 with an ankle injury and Euro 2016 with a groin injury. He played at the World Cup in 2018 but skipped the next European Championship to recover after his season with Dortmund.

Germany coach Hansi Flick called up Leipzig defender Benjamin Henrichs as a replacement for the upcoming games against Hungary and England.

Spain striker Raúl de Tomás thought his chances of making it to the World Cup were surely over when his transfer from Espanyol to Rayo Vallecano didn’t go through in time.

Because of the delay, he won’t be able to play in the league again until January.

But there was a glimpse of hope for the 27-year-old de Tomás after Spain coach Luis Enrique spoke about his situation last week. The coach didn’t add the player to his latest list for the upcoming Nations League matches, but also didn’t rule him out for the tournament in Qatar.

“Each case is different,” Luis Enrique said. “Raúl de Tomás has been called up recently. It’s a completely unusual situation. You don’t always see a player who can’t sign for a team at the last minute and has to be sidelined for a few months. We won’t be able to see him play, but I don’t know, we’ll see. It’s difficult, but I can’t say either way right now.”

De Tomás, who blamed Espanyol for not making the deal with Rayo Vallecano work, has four appearances with Spain’s national team, including two this year.

Union Berlin forward Jordan Pefok hasn’t given up on playing for the United States at the World Cup despite his omission from coach Gregg Berhalter’s 26-man roster for warmup matches against Japan and Saudi Arabia.

Pefok scored the opening goal in a 2-0 win over Wolfsburg on Sunday to help Union stay in first place in the Bundesliga.

“Who doesn’t hope to play at the World Cup when his country is qualified?” the French-speaking Pefok asked after the game.

“The coach decides. Me, I play the games with happiness, I keep trying to give my best,” Pefok said.

“Afterward, as we say in France, it’s at the end of the ball that we pay the musicians.”