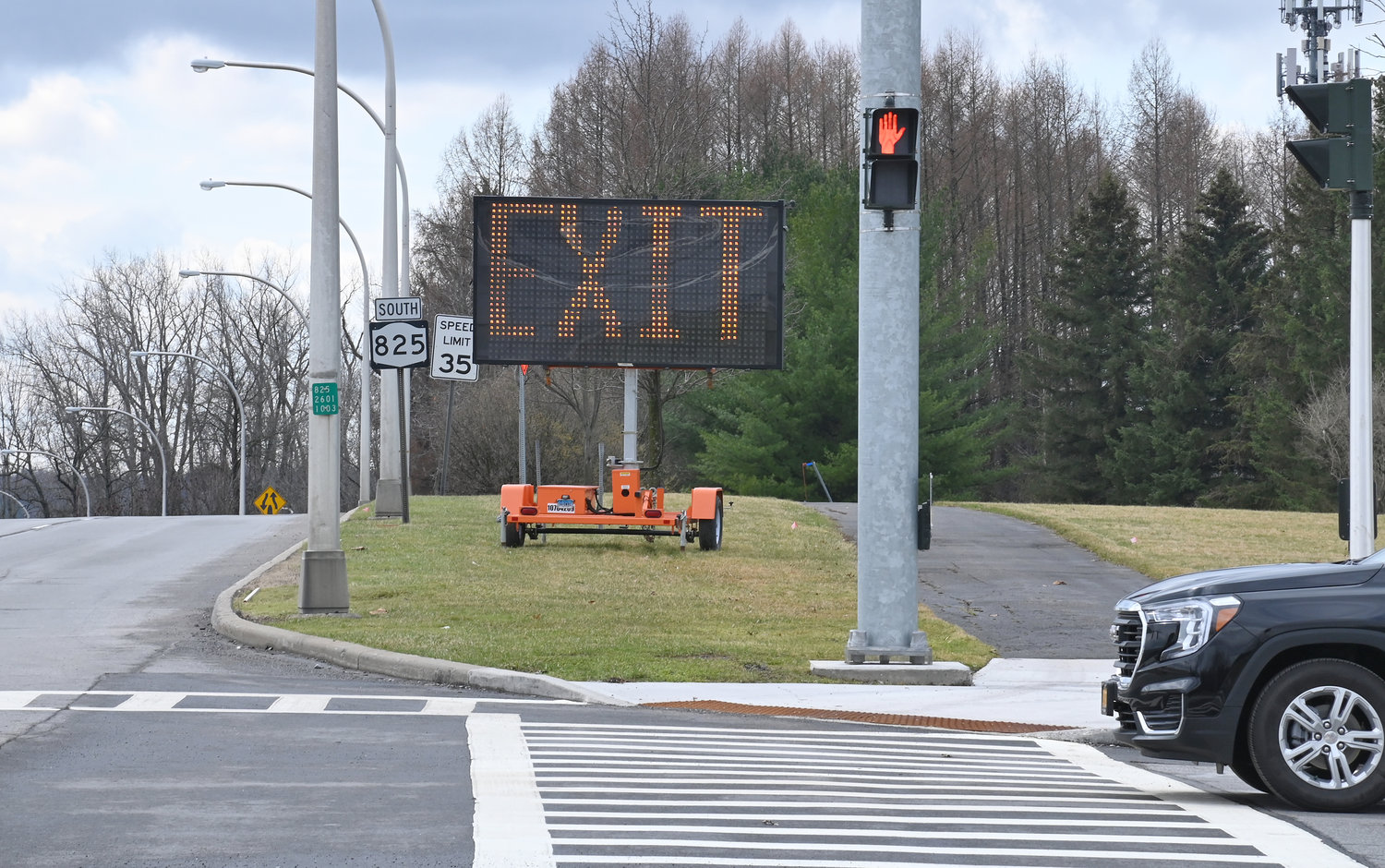 WORK ON THE WAY — A sign on Route 825 on the Griffiss Business and Technology Park indicates that the Route 49/365 ramp will be closed starting as early as Monday, April 11.
(Sentinel photo by John Clifford)
Posted Saturday, April 9, 2022 7:30 am

Work could begin as early as Monday on two area road projects according to a New York State Department of Transportation spokesman.

Signs in the area will provide traffic details, the officials said, adding that the highway improvement projects slated for next week are:

City of Rome — Route 26 between Route 365 and Erie Blvd. Motorists will encounter lane closures in both directions with flaggers in place due to the installation of project signs, clearing and grubbing operations.

“Beginning Wednesday April 13 at 6 am motorists will encounter a full ramp closure with a signed detour in place.

The detour will be King Pin Lane to East Dominick Street.

There will also be a temporary signal at the intersection of East Dominick Street and King Pin Lane,” a statement notes.