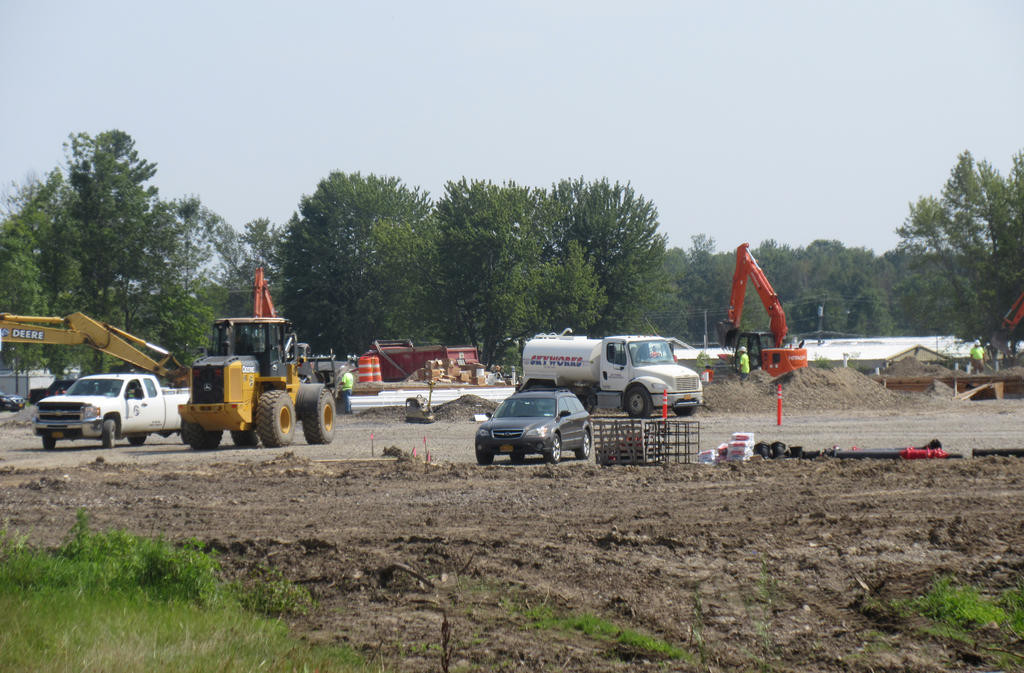 MOVING ON — Construction on the Point Place Casino in Bridgeport continues. The casino, which will be the second one owned and operated by the Oneida Indian Nation in Madison County, will employ 200 people full-time when it opens next spring. (Sentinel photo by Roger Seibert)
Posted Saturday, August 12, 2017 4:00 pm
ROGER SEIBERT, Staff writer

In December, the Oneida Indian Nation had purchased six land parcels totaling 108.62 acres along Route 31 in Bridgeport. The $40 million, 65,000 square-foot casino will be located on land purchased last fall.

The casino will be located near the corner of Bridgeport-Kirkville Road and will feature nearly 500 slot machines and 20 table games, according to an announcement by the Oneida Indian Nation. It will also include two casual-style restaurants, Wicked Good Pizza and Burgers of Madison County; chocolatier Opals Confectionary; and two bars.

Construction on the casino began in July, and it is expected to open by spring 2018. The construction follows a project labor agreement with Central New York trade unions, creating 250 construction jobs on the site over the course of the project.

“Work for us has been a little slow,” Jason Bort of Syracuse-based Huen Electric said. “My company is installing the outside electrical work, and we have also bid on the interior electrical work. We’re waiting to hear whether we’ve won the bid.”

The casino will have 200 permanent positions, and hiring will begin in the fall. Applications are available online at www.hrapply.com.

The Oneida Nation opened the Yellow Brick Road Casino in Chittenango in June 2015.