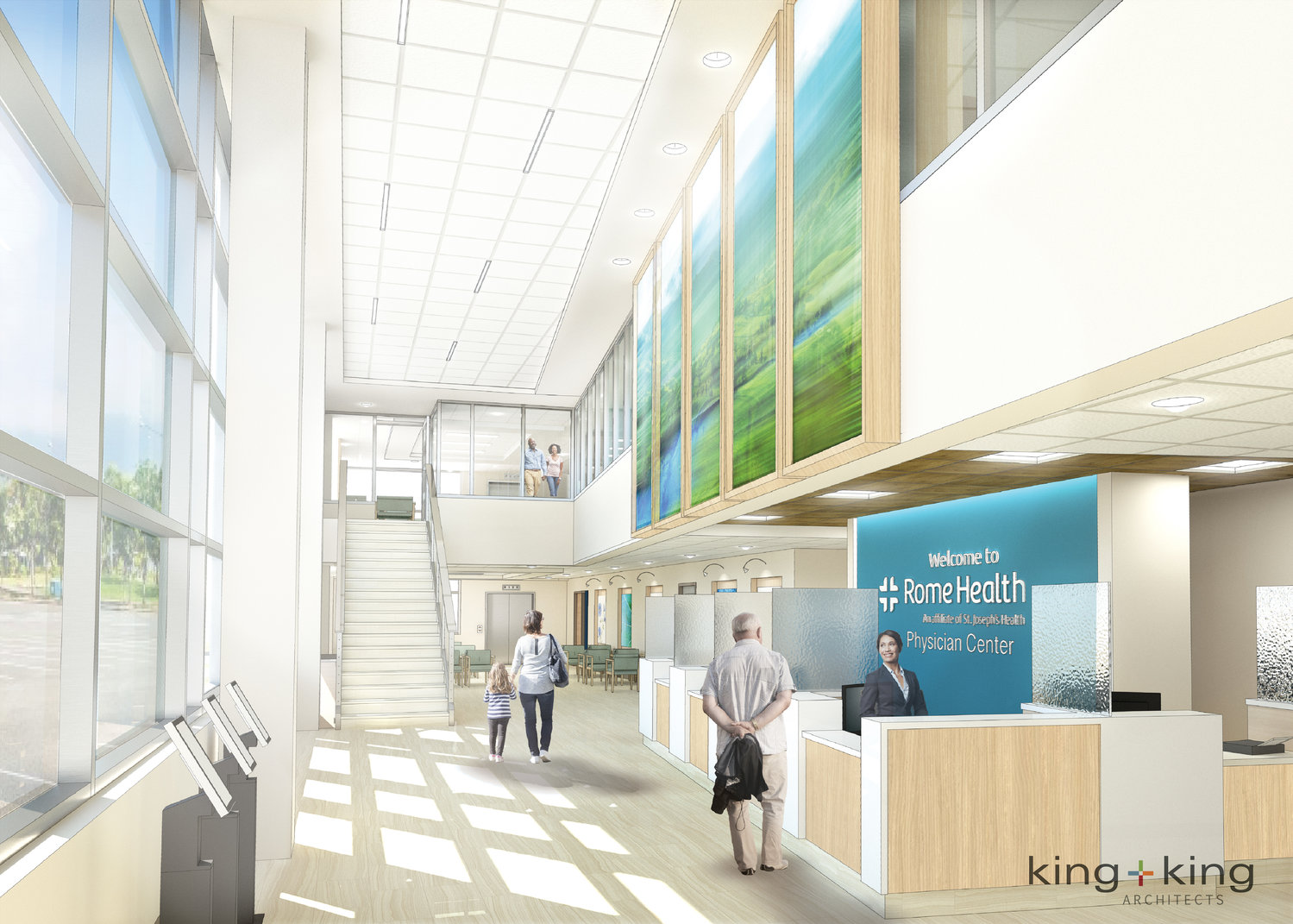 GLIMPSE INTO THE FUTURE — Here is an artist’s rendering of the $11.4 million Physican Center, which broke ground today at Rome Health. When complete, providers from the hospital’s affiliated practices will relocate to the new center at Rome Health, 1500 N. James St.
(Illustration courtesy Rome Health/King+King Architects) 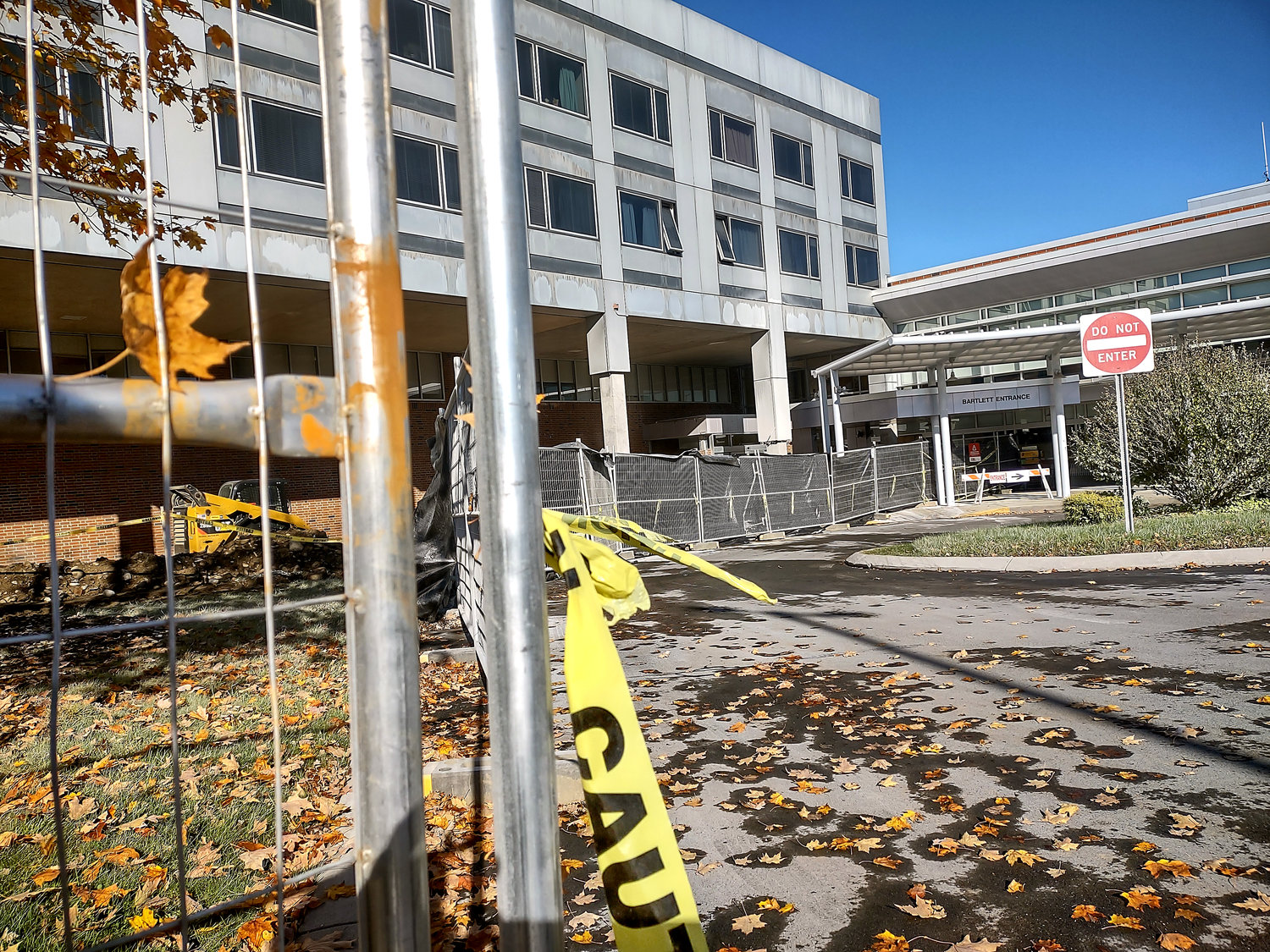 MAKING CHANGES — Demolition is underway at Rome Health to make way for a new Physician Centerwhich will bring together primary care, specialists, diagnostic testing and pharmacy in one location for patient convenience.
(Sentinel photo by Jolene Cleaver) 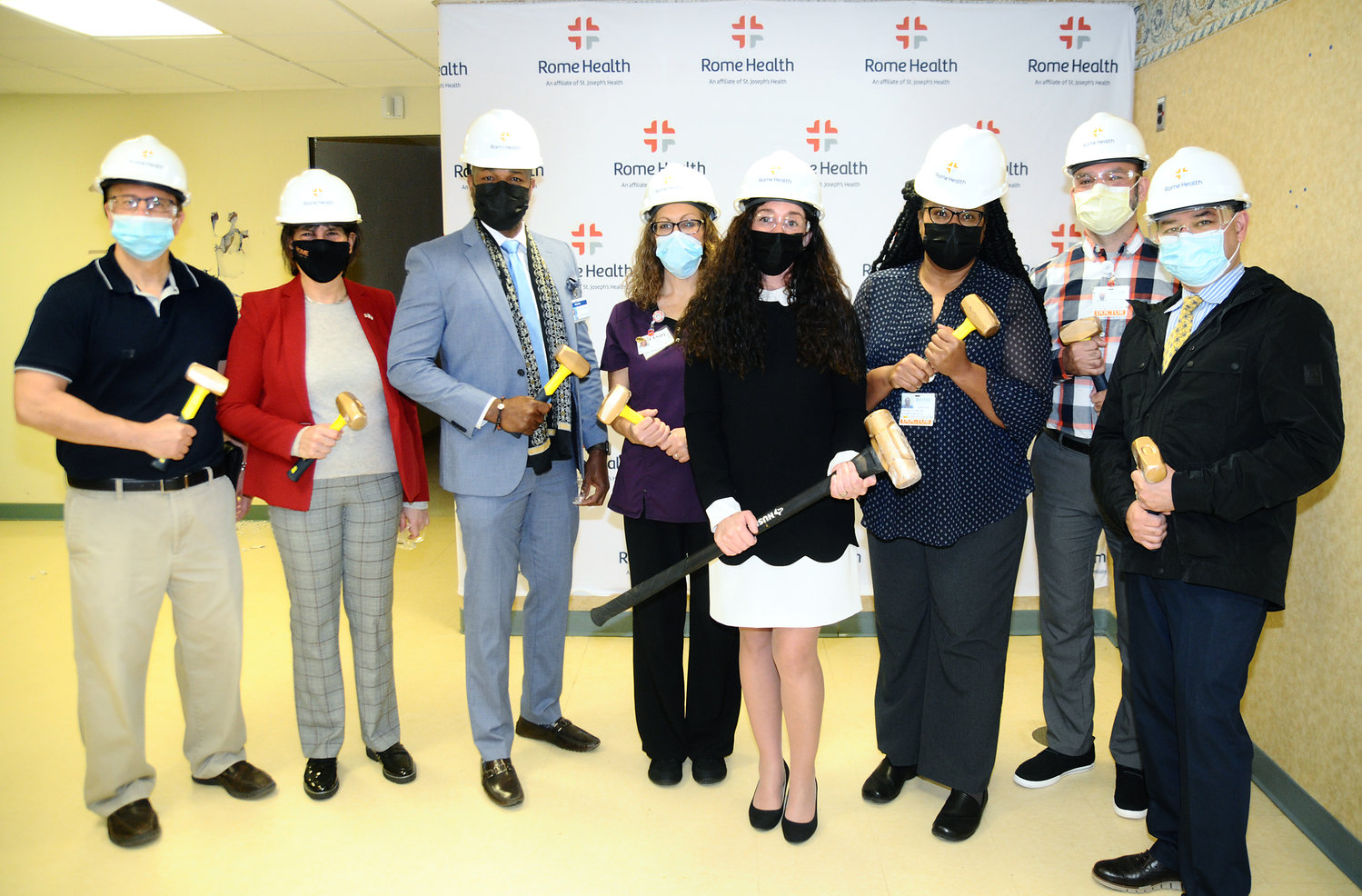 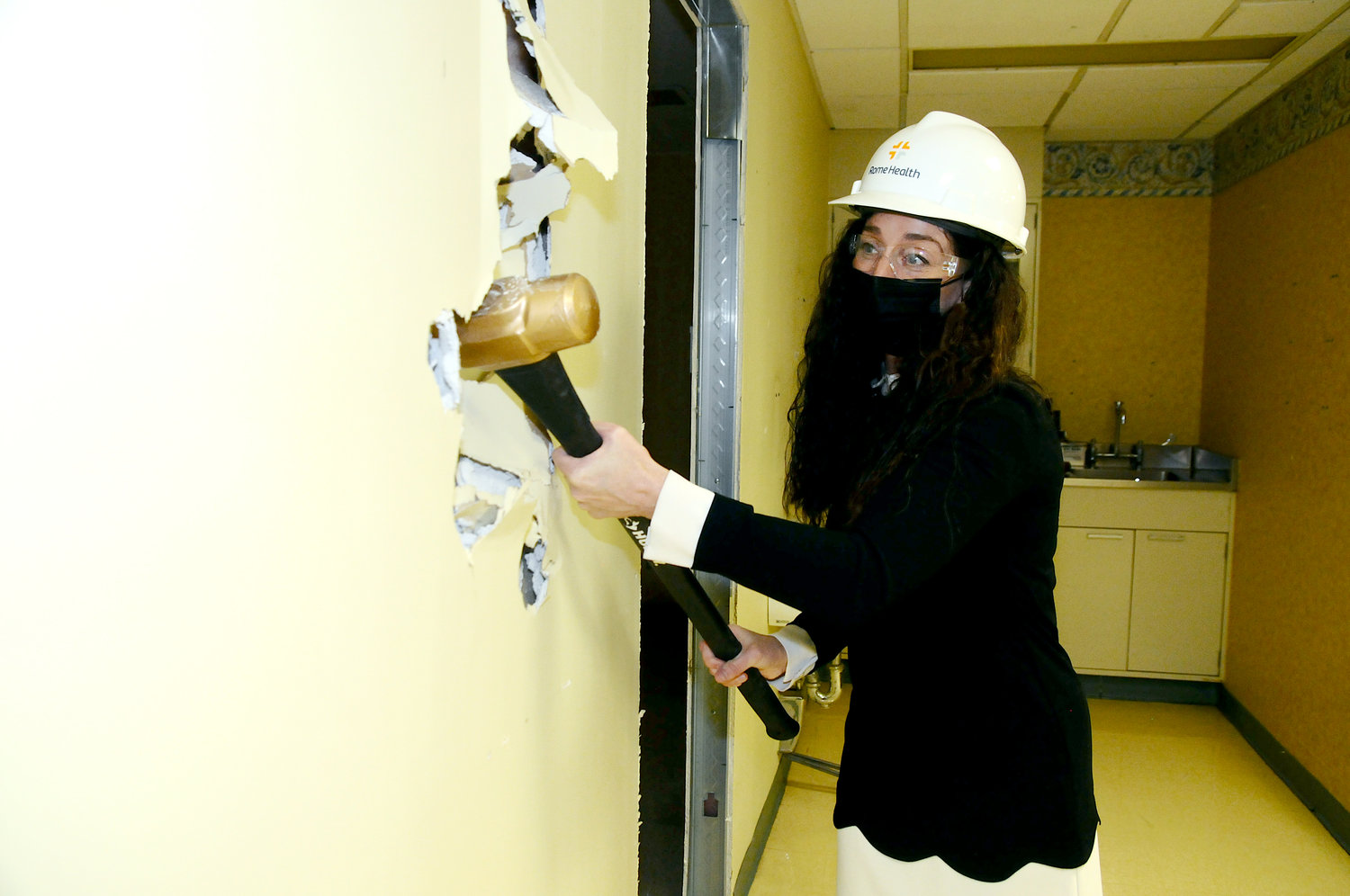 Now four weeks underway, a ceremonial demolition at Rome Health touted the work that has begun on its $11.4 million capital project — a new physician center — on Wednesday.

Projected to be open by the end of summer 2022, the project involves renovating existing administrative space on the ground floor and first floor and finishing open space at the Bartlett Wing which faces Black River Boulevard.

Like many things, planning for the project was impacted by COVID-19.

In crafting the plan for the new facility which can comfortably allow 18 to 25 physicians to practice, Rome Health Chief Operating Officer, Ryan Thompson said.

“COVID impacted how we look at design,” he said, adding that included everything from looking at ways to have convenient sanitizing for patients and staff to studying common movements in exam rooms and choosing a layout that minimized human congestion in common areas.

In other comforts, computer workstations in exam rooms will be placed in such a way that physicians can more easily converse with patients while completing patient notations on the computer.

In other words, patients won’t be staring at the back of a physician’s head while discussions are had and notes are entered into patient records, Thompson said.

Physicians to relocate
to new addition at Rome Health

Once complete, physicians from the hospital’s affiliated practices - like Rome Medical Group and Delta Health Center —— will be able to relocate to the new center, said Thompson.