There’s a cluster of islands off of Gananoque, Ontario and in the middle of that cluster is a blue and white cottage with a wrap-around veranda. On a warm summer day, Susie Smith watches kayakers … 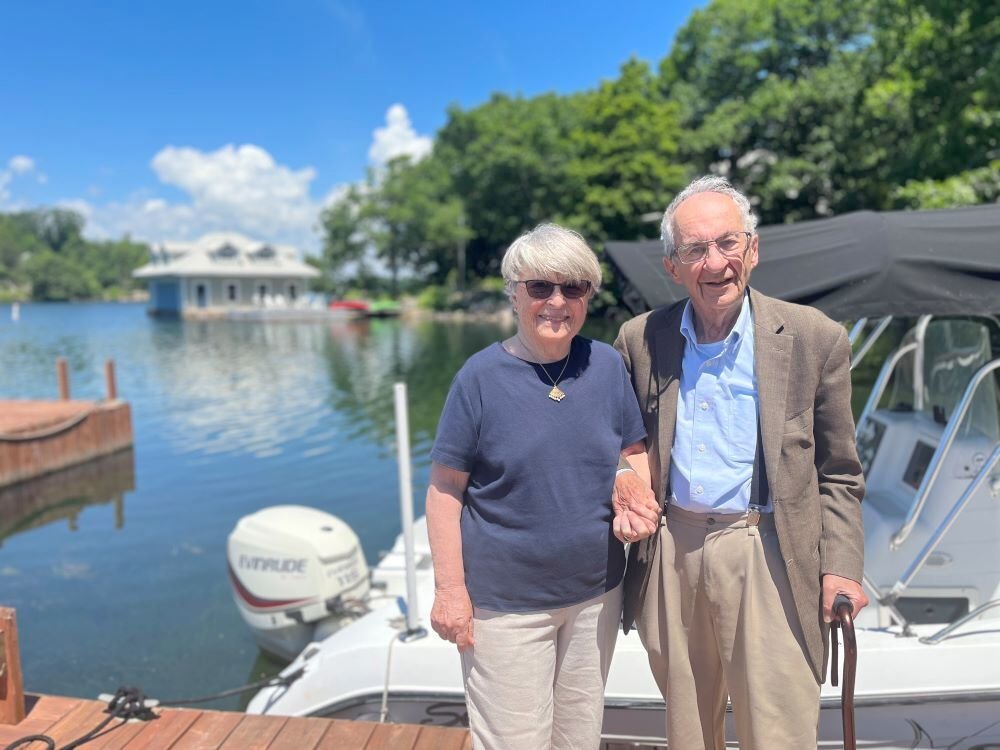 Susie Smith and her husband, Marceli Wein, at their property in the Thousand Islands.
(AP Photo/Emily Russell/NCPR) 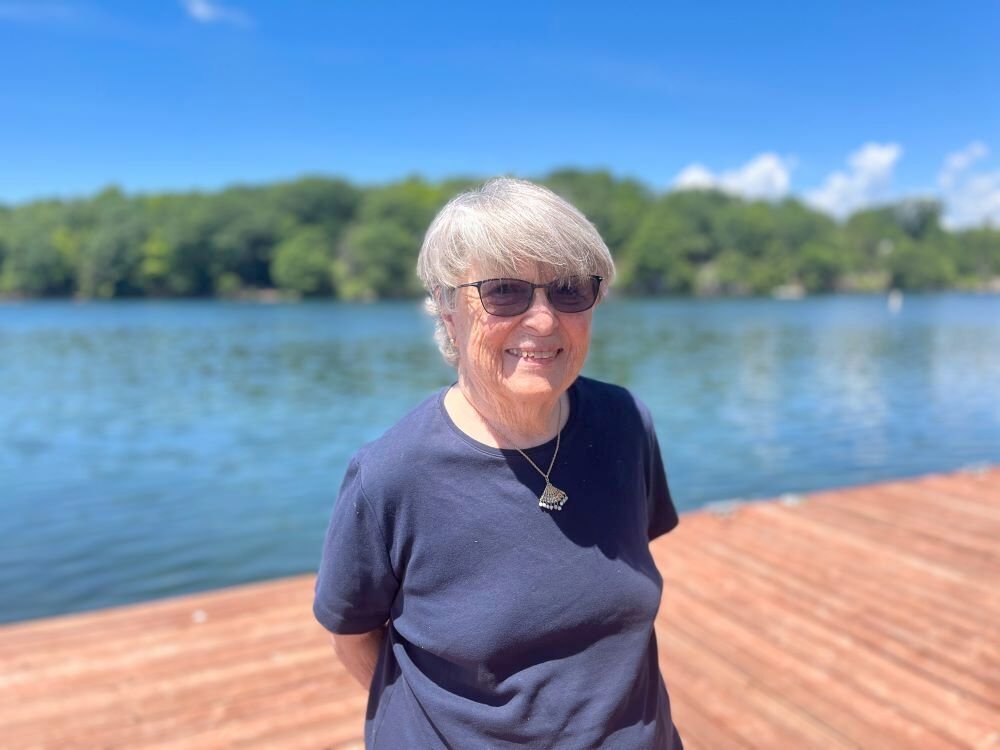 There’s a cluster of islands off of Gananoque, Ontario and in the middle of that cluster is a blue and white cottage with a wrap-around veranda. On a warm summer day, Susie Smith watches kayakers paddle by.

Susie’s story here in the Thousand Islands starts back when she married her summer sweetheart — Eliot Smith. The two were living in the Montreal area, where Susie grew up. One summer they decided to bring their boat a few hours west to the Gananoque area.

“We had a cruiser and we came up here with friends who rented those green houseboats from Ivy Lea,” says Susie, “and we had such a wonderful time and we just fell in love with the Thousand Islands.”

So they came back, summer after summer. They’d bring their two kids with them, sleeping on the boat at night and cruising around the river during the day. And then, the Canadian government called Susie with a job offer. They wanted to hire her to write a research paper about the Thousand Islands.

“I was thrilled to get this so-called job, it was really exciting,” says Susie. “I would go around to different islands and knock on the door and say, ‘I’m Susie Smith, and I’m from Parks Canada and I would like to know the history of this island.’”

Susie did that work back in the 1970s and early 80s. She and her husband boated around together, collecting stories and photos from folks. It was during those years on the river that Susie got an idea for a bigger project — a book all about this region.

“I would be the navigator and my husband would be at the helm,” explains Susie. “I’d be looking at the charts and [asking], ‘Why in the world did someone name an island Deathdealer and Bloodletter, and why did the international boundaries zig and zag down the river?’ I wanted to know those things.”

So Susie started digging. She ended up at a library in Montreal where she found out that the book she wanted to write already existed. It’s called “The Picturesque St. Lawrence River” by Jno. A. Haddock. At first, Susie was devastated.

“There was all the history. It was all written, it was all done. They didn’t need Susie Smith anymore.”

She eventually flew to England to study the original hydrographic charts of the St. Lawrence River.

Back at home, she and her husband were building their dream home in the Thousand Islands, the one she still shares with her family today. They loved it so much that they bought a hovercraft to get out to the island in the winter.

But then everything changed. It happened on a winter day when the first layer of ice had formed on the river. Susie’s husband was coming back from a trip to town.

“He had taken me to the mainland to go to Kingston to visit with the editor of the book,” says Susie, “and he never made it back to the island.”

The hovercraft had flipped and her husband, Eliot Smith, had died. Susie was heartbroken. After that, she felt like she never wanted to come back to the river.

“It’s like any kind of grief — you get mad at them for dying, you get mad at life for changing everything, you know? And then you just have to get over it.”

That next spring, Susie reluctantly returned to the river and eventually returned to her book project. She sent it off to a publisher and when she finally heard back, Susie was really nervous.

“Anybody that’s a writer knows that when you get your manuscript back, you know that — ‘thank you very much, best of luck in your future endeavors.’ So I got my manuscript back, but when I opened the box, it wasn’t my manuscript. It was a couple of other books with a contract, saying, ‘Yes, we would like to publish your book.’”

It was around that time that Susie met another man, Marceli Wein, to whom she is still married today. She also juggled a career in professional fundraising, working for major hospitals and universities in Ontario and Quebec.

She’s retired now, but she hasn’t slowed down. Back in 2008, she helped turn an online blog into a monthly magazine, Thousand Islands Life. The blog was originally started by Paul Malo, Mike Franklin and Ian Coristine.

The magazine is free, the writers are all volunteers and the photographers don’t charge Susie for their work. Her husband, Marceli, helps collect and organize the photos.

Thousand Islands Life magazine is a kind of glossy homage to the region. It features profiles of artists and communities, personal essays from locals, and stories about shipwrecks and historic cottages.

Susie usually writes at least one article, if not more, for each issue. On top of that work, she’s also volunteered and served on boards for local museums and environmental non-profits. Susie has dedicated her life to the Thousand Islands.

“For those that love the river, it’s a real passion. There’s something about it that makes you just sigh when you’re here, and all your cares and worries leave you.”

Susie says she’ll keep working, keep editing the magazine and volunteering around the region, keep committing her life to the river and to these islands.