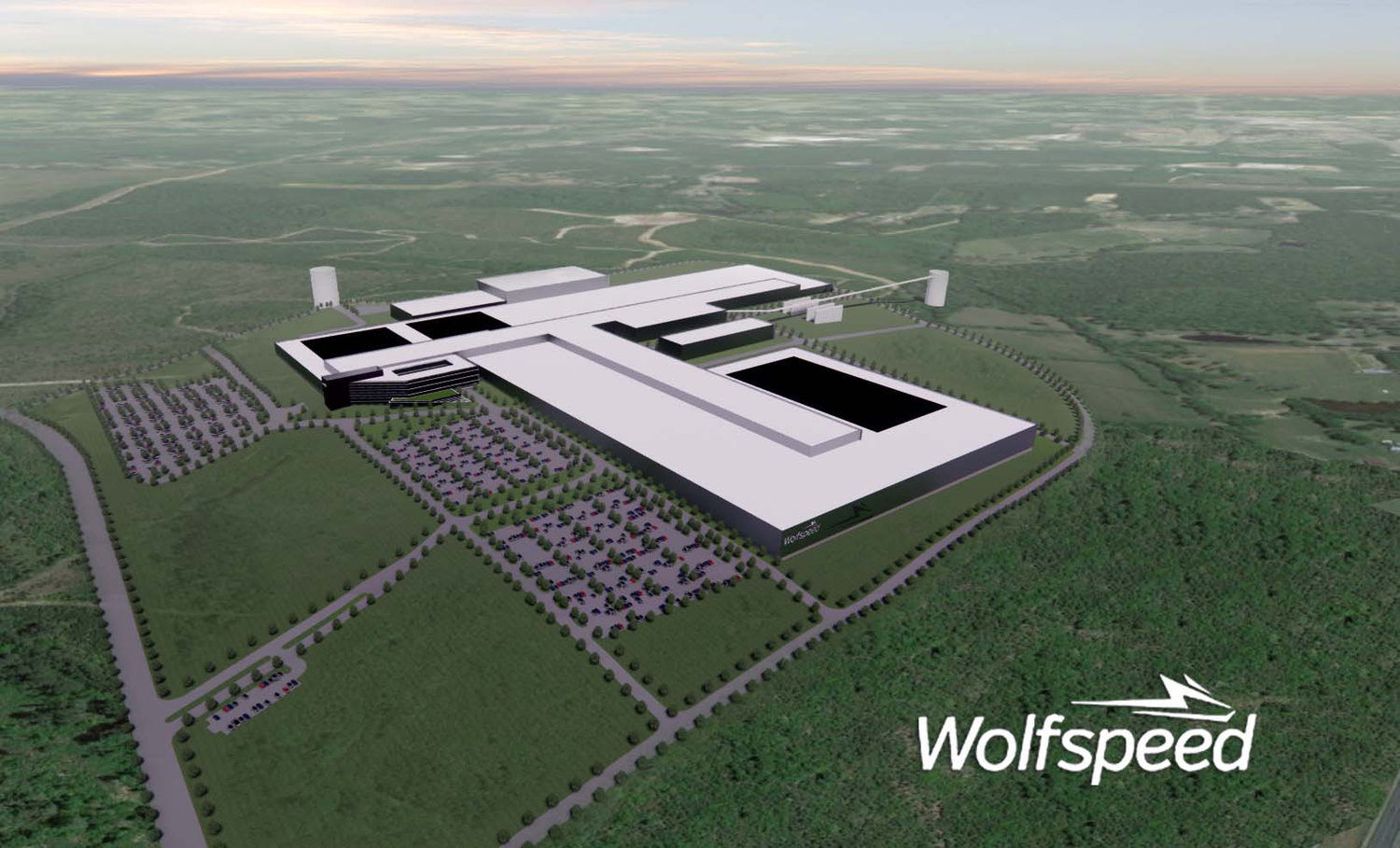 “The investment is targeted to generate a more than 10-fold increase from Wolfspeed’s current silicon carbide production capacity on its Durham campus, supporting the company’s long-term growth strategy, accelerating the adoption of Silicon Carbide semiconductors across a wide array of end-markets and unlocking a new era of energy efficiency,” according Business Wire.

The materials production facility will primarily produce 200mm silicon carbide wafers which will be used to supply Wolfspeed’s Marcy site, which opened earlier this year as the world’s first, largest and only fully automated 200mm silicon carbide fabrication facility, the report added. Phase one construction is anticipated to be completed in 2024 and cost approximately $1.3 billion. Between 2024 and the end of the decade, the company will add additional capacity as needed, eventually occupying more than one million square feet on the 445-acre site.

According to reports, North Carolina’s incentive package for the materials production facility was approximately $1 billion. New York also submitted an incentive package in the neighborhood of $1.5 billion for the proposed facility, reports added.

Wolfspeed Inc. said it plans to create 1,800 new jobs by the end of 2030 at a location in Chatham County, about 45 miles southwest of its Durham headquarters.

Wolfspeed could receive $775 million in cash incentives, infrastructure improvements and other sweeteners from North Carolina and local governments to build on the outskirts of Siler City. The lions’ share would be in the form of local property tax rebates.

A state committee voted earlier Friday to award Wolfspeed up to $77 million over 20 years if it met investment and job-creation goals. The company is also likely to benefit financially from legislation signed by President Joe Biden last month that encourages semiconductor research and production.

The company, formerly known as Cree, already employs over 3,000 jobs in the state. The former LED light pioneer has turned to the production of silicon carbine chips, which are known to be more efficient and solid than traditional silicon chips.

Wolfspeed had considered the expansion in Marcy, New York, where its new production facility is located and it had additional space for expansion, according to a state Commerce Department document. Lowe said after the announcement that the company looked at several states, and New York “put together a real strong package.”

Graduate students at North Carolina State University in Raleigh helped start what is now Wolfspeed in 1987.