The New York State Police are looking for a group of motorcyclists who may have information about a road rage shooting incident on Route 28. 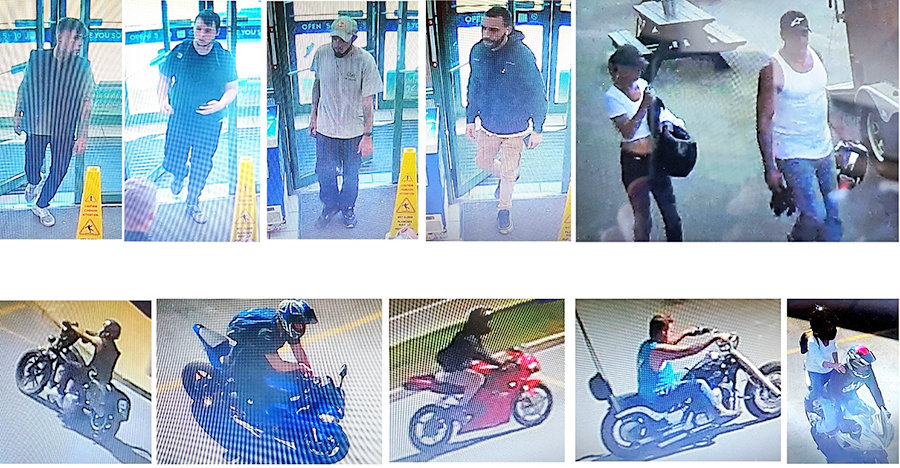 These motorcyclists are wanted as possible witnesses in a road rage shooting incident in Forestport, according to the New York State Police. Anyone who recognizes them is asked to call investigators are 315-366-6000.
(Photos courtesy New York State Police)
Posted Thursday, September 15, 2022 12:30 pm

FORESTPORT — The New York State Police are looking for a group of motorcyclists who may have information about a road rage shooting incident on Route 28.

Troopers said a man driving a Chevy Impala was shot during a road rage incident that involved several motorcyclists on Route 28 near Bear Creek Road around 4:30 p.m. Aug. 28. The victim was treated at a local hospital for the non-life threatening injury.

The state police have released photographs of several men and their motorcycles who they believe are possible witnesses to the incident. Anyone who recognizes the men or has information on them is asked to call the state police at 315-366-6000.