Nine years and 500 restaurants later, The Empire Plate is still going strong promoting eateries and bars all over New York. 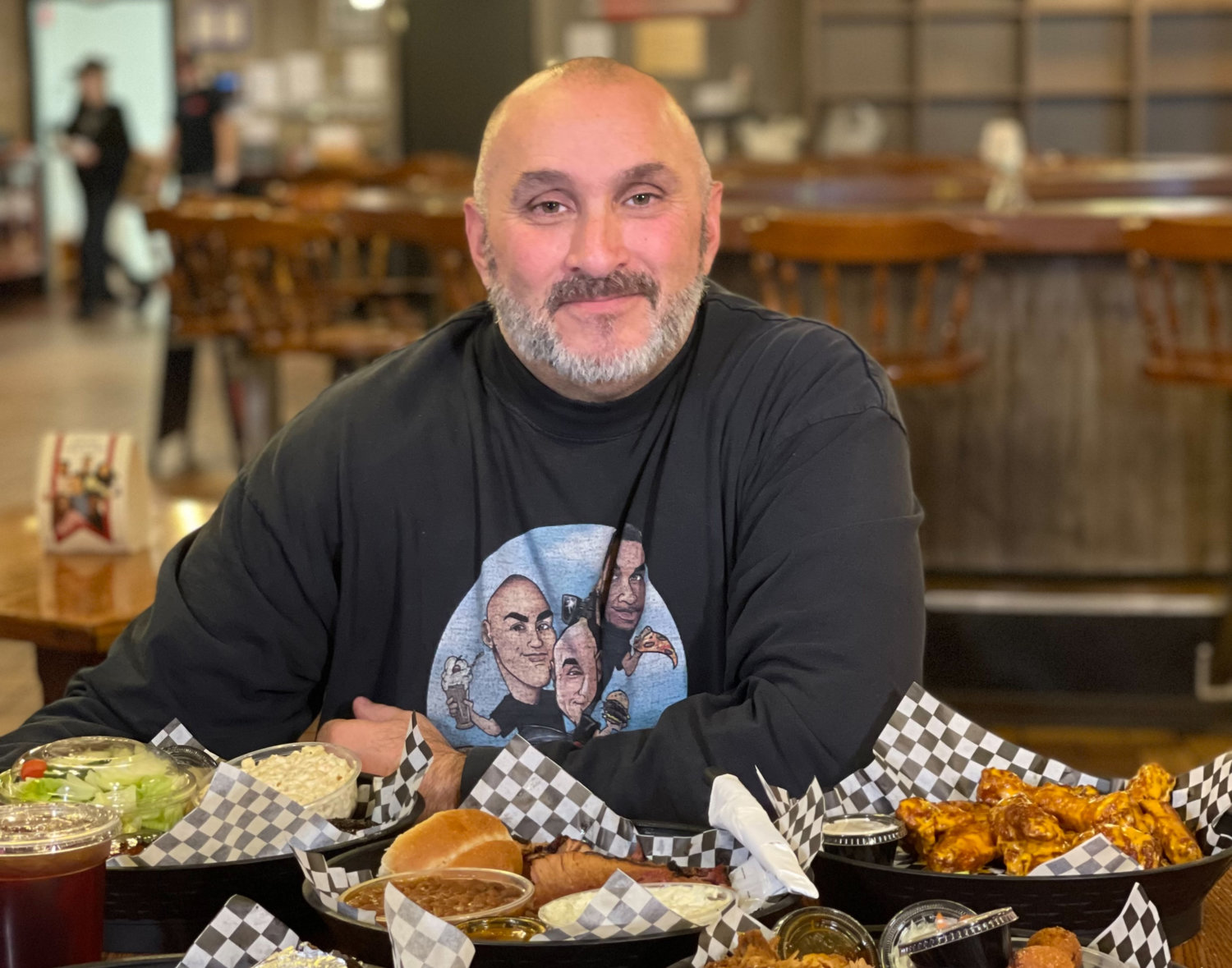 Bill Vinci, host of The Empire Plate, gets to sample all kinds of food and drinks from across the state as part of the show.
(Photo submitted)
Posted Saturday, December 3, 2022 10:00 am
Carly Stone
Staff writer
email / twitter

Nine years and 500 restaurants later, The Empire Plate is still going strong promoting eateries and bars all over New York. The online show hosted and produced by Rome-native Bill Vinci along with co-host, co-producer, and his son, Ryan Vinci, started as a way to promote small businesses and has become a bit of a local phenomenon ever since, gaining remarkable popularity and even catching the eye of a Food Network executive.

The premise of The Empire Plate is simple: showcase a business that offers food or drink. A standard episode includes an interview with the owner of the establishment, menu item spotlights, action in the kitchen, bar, or elsewhere, and commentary from Bill, the charismatic lead host.

“Growing up in a family-owned restaurant in Rome…I wanted something to do to give back to the Ma and Pa places out there,” Bill said of the idea to start the show back in 2012. “A lot of the big chain restaurants have thousands of dollars to spend on advertisement and stuff like that, so we wanted to do something that was affordable.”

Over the course of nine seasons, Bill and his team have traveled all over the state — from Binghamton, Rochester, Buffalo, Ithaca, Syracuse, Saratoga Springs, and more. The show has also stuck close to its home roots, highlighting a variety of small businesses in Central New York including Rome, Utica, Hamilton, and Oneida.

Whether a classic sit-down restaurant, a brewery, sports pub, food truck, or a coffee shop — if you sell food or drink (and not even both), The Empire Plate is interested in doing business.

Showcasing not only the menu but the unique qualities of each establishment is at the heart of each production. Bill listens to the stories the owners are willing to share, and he is not afraid to go outside the box or throw on an apron for the camera. “I don’t know what it is about bakeries, but they like to put me to work when I go in there,” he joked.

Presenting the challenges the food and beverage industry is facing is also important to Bill, who’s waited tables himself for nearly 30 years.

The show took a break during COVID-19 shutdowns, but quickly bounced back as regulations lifted and businesses were desperate to regain their massive losses. The Empire Plate was there to showcase all the ways businesses were adapting to the new COVID environment.

Today, owners say they are really struggling to overcome severe staff shortages, Bill shared. Some have had to close their doors due to lack of employees. “That’s almost unheard of,” Bill said.

Like any business owner, Bill has faced struggles himself. At the start of this creative venture, Bill “used to go to different cities every week…I would just park my car and go door to door just like a salesman,” he shared. Some owners turned him away, but some were willing to hear him out.

He originally thought he’d do 10 or 15 episodes. But now, The Empire Plate has already booked its 532th destination.

The 500th episode was shot on December 1 at The Wildcat Sports Pub in Camillus.

With all of those episodes have come millions of views. A single video averages anywhere from 5,000 to 50,000 views, Bill said, on platforms like Facebook and YouTube.

A lot of the engagement is thanks to The Empire Plate’s cameraman and editor, Lafayette Cunningham, who’s been with the show for about four years. Cunningham follows previous cameraman Dave Nadeau, who was also important to the show’s success, Bill said.

“He does an amazing job,” Bill said of Cunningham. “People tell us all the time, ‘Your shows look like they should be on the Food Network or the cooking channel,’” he added. And at one time around season 4, that was almost a reality.

Bill said a Food Network director for Guy Fieri’s show, “Guy’s Grocery Games,” emailed him for an interview at that time, which he almost ignored because he thought it was spam. “It was really cool that somebody spotted us in Hollywood,” he said.

While Bill won’t be appearing on national TV anytime soon, he’s happy to continue his show during one of its “best seasons.”

“Is a thousand [episodes] in the works? Another nine years at 63 [years old]? I guess I could,” he said with a laugh. “The way we’re booking right now, [episodes] are just piling up.”

He continued, “I guess we’ll just go until I can’t do it anymore.”

Anyone selling food or drink in New York looking for some promotion is encouraged to reach out to Bill and his team to learn more about their services. To learn more, visit The Empire Plate on Facebook or call Bill Vinci at 315-281-7220.