The New York Jets and Zach Wilson are where the Pittsburgh Steelers are going with Kenny Pickett. 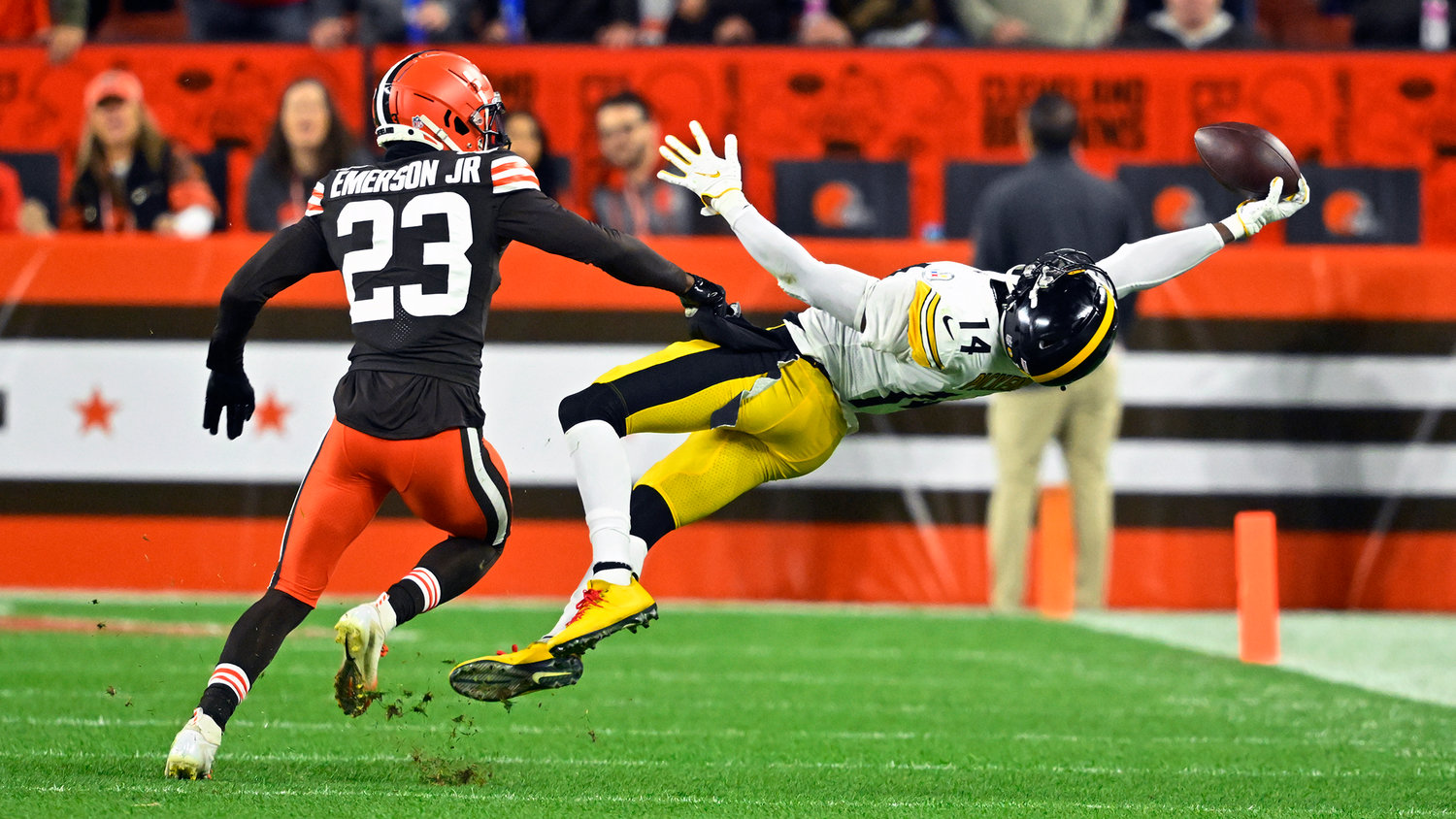 PITTSBURGH  — The New York Jets and Zach Wilson are where the Pittsburgh Steelers are going with Kenny Pickett.

The only question, it seems, is when.

Mitch Trubisky’s job is to make sure it’s later, not sooner, a full-circle moment for a player formerly on the other side of the equation.

Five years ago, Trubisky was the highly-touted rookie who spent the early portion of his first season in Chicago in 2017 sitting behind a well-traveled veteran (Mike Glennon) who was trying to hold on to what became his last shot being a full-time NFL starter.

It lasted all of four games. With Chicago off to a 1-3 start, they handed the keys of the franchise to Trubisky, who put together three-plus enigmatic and erratic seasons before moving on.

Now it’s Trubisky who is atop the depth chart trying to postpone Pickett’s inevitable ascension. While Trubisky has grown pretty adept at wearing metaphorical ear muffs — a byproduct of four seasons in the eye of the ever-churning storm in Chicago — if the Steelers (1-2) stumble again Sunday at home against the Jets (1-2), the roar for change will only grow louder.

“You’ve got to keep the blinders on,” Trubisky said. “You’ve got to block out the noise, continue to stay focused on the task at hand and just focus on what we’re doing in here. Focus on the guys and just continue to get better and pull together.”

Better hurry or it won’t be long before Trubisky is where Joe Flacco is now. The 37-year-old former Super Bowl winner looked fresher than his age at times while starting the first three weeks while Wilson recovered from a right-knee injury, though he struggled during a dismal loss to Cincinnati last Sunday.

Yet New York coach Robert Saleh did not hesitate to name Wilson the starter, even though it will come on the road in a city where the Jets have won just once in franchise history. The way Saleh figures it, Wilson is the future, not Flacco. Better to throw him out there and see where Wilson is at as he enters his second season than try to arbitrarily protect him.

“I’m going to give this everything I have,” he said. “I’m going to have fun with it (and) let the result take care of itself. If I go out there and I play my game, I do what I’m supposed, I have that short-term memory after plays and move on, I think things are going to go well.”

The Jets are looking down the road with Wilson. Pittsburgh’s mindset is different. A franchise that hasn’t endured a losing season since 2003 is not in the habit of panicking.

“It’s the first quarter (of the) NFL season man, you can’t hoist up the trophy just yet,” inside linebacker Myles Jack said. “We’re confident in this building. It’s a long year man ... We’re just getting started.”

The Jets entered the season with their projected starting five offensive linemen having spent little time during the summer all working together. It was a concern then, and it has carried over to the regular season.

Mekhi Becton, who entered training camp as the right tackle, is out for the season with a knee injury. Duane Brown, signed after Becton’s injury, was slotted to play left tackle – moving Fant to the right side – but he’s still out at least another week on IR with a shoulder injury.

New York’s defense has done OK on first and second downs. But third downs have been rough for the Jets.

Opponents are converting 51.3% (20 of 39) of their third-down plays for first downs against New York. That ranks the Jets 31st in the NFL.

Of the 10 touchdowns New York has given up, seven have come on third-down plays — including all three in a 27-12 loss to Cincinnati last Sunday.

“Whether it’s scheme or whether it’s the offense getting in the right positions and things like that, we’ve got to find a way to get off the field,” linebacker C.J. Mosley said. “This is the NFL. They’re going to scheme us up and try to make those hard plays for us in our zones and our pressures. Besides that, we’ve just got to find a way.”

The early returns on Pittsburgh’s attempts to fix a run defense that finished dead last in the NFL last season have been mixed at best. Tomlin is hoping bumping Montravius Adams to the top of the depth chart will help a unit that has struggled to get off the field at crucial moments.

The 6-foot-3, 304-pound Adams was signed off New Orleans’ practice squad last season and brought back on a two-year contract in March. The 27-year-old missed most of training camp with an injury. In a way, the injury might have helped his development, because it gave him time to fully absorb a playbook he was forced to learn on the fly a year ago.

Adams laughed when asked if he was a savior for a unit that’s currently 28th against the run. He expects the Jets to take some of the pressure off Wilson by giving it to the young running back tandem of Breece Hall and Michael Carter frequently.

“It’s a copycat league,” Adams said. “So we struggled a little bit with (stopping the run). So I’m sure initially they’ll start off and try to hit us with the run. But you know what? We’re going to do our thing.”

An 11-year-old boy was killed when the vehicle he was riding in crashed into a parked flatbed tow truck in Madison County Monday evening, according to the New York State Police.