Williams has the health of the Comets as his top priority

Jon Williams is not the member of the Utica Comets’ hockey operations staff who fans want to see on the ice.

Williams has the health of the Comets as his top priority 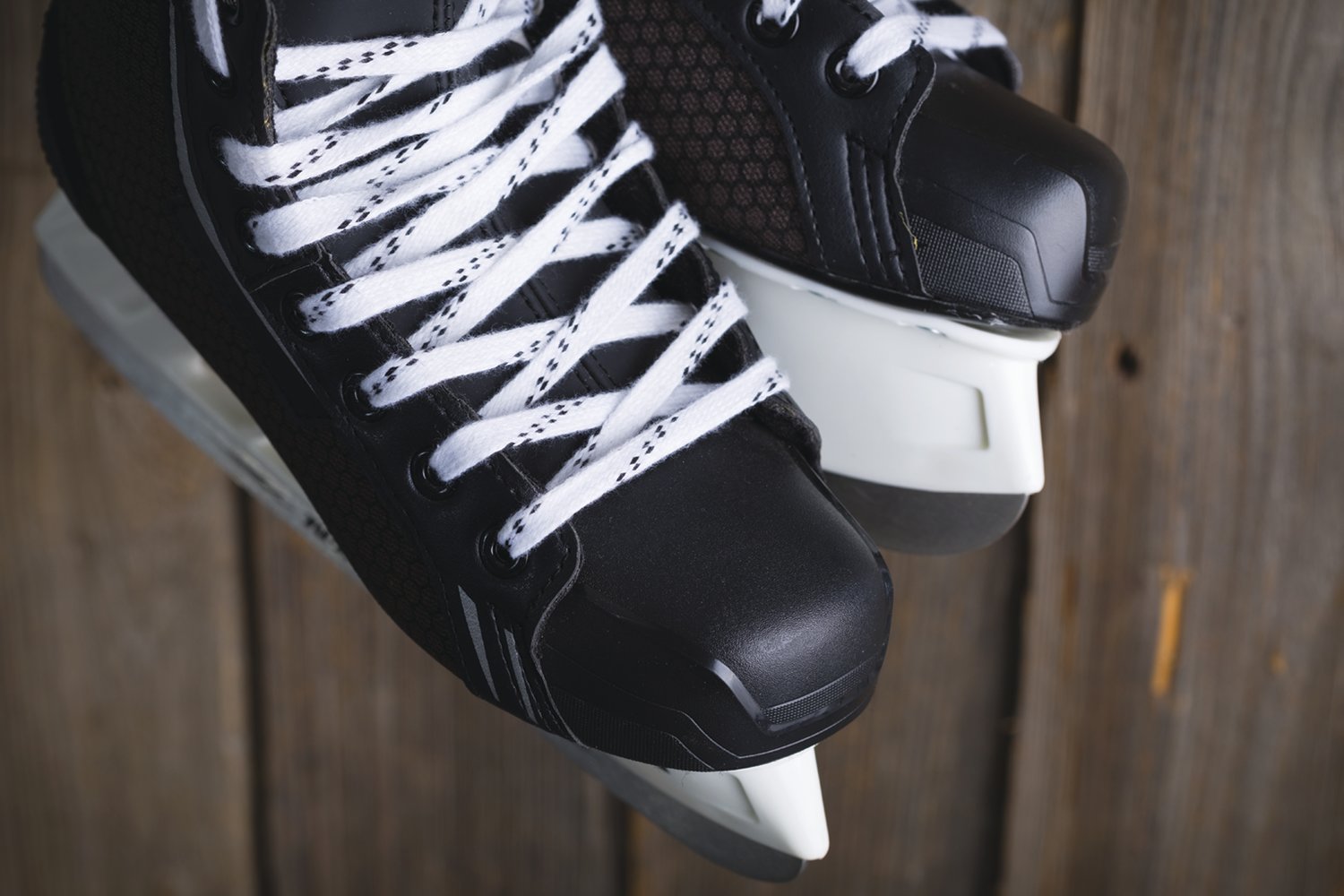 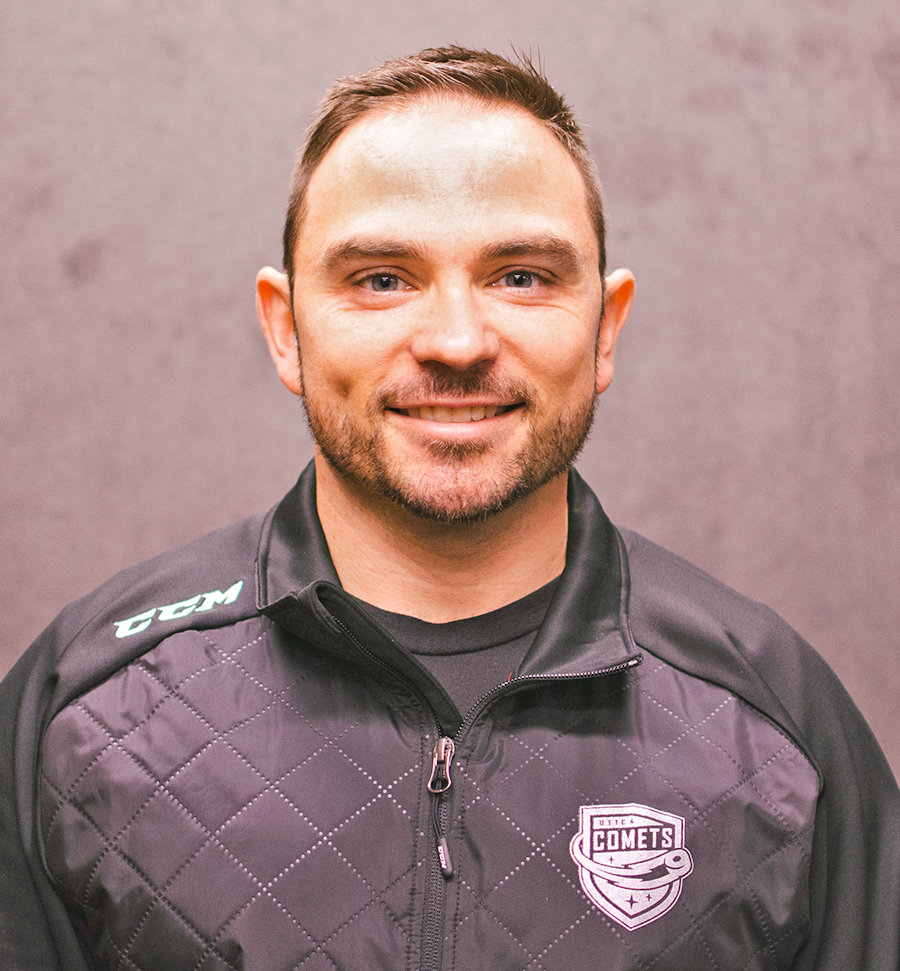 UTICA — Jon Williams is not the member of the Utica Comets’ hockey operations staff who fans want to see on the ice. That’s not a knock on Williams, it’s just that if the team’s athletic trainer is on the ice it’s probably not good news.

Williams, age 34, is in his fourth season with the New Jersey Devils’ AHL affiliate. He was with the Binghamton Devils for two years, including his second year when the team had to relocate to Newark, New Jersey, because of COVID-19. Then New Jersey signed a new affiliation deal with the Utica Comets that is now in its second season.

He grew up north of Boston, where he played football in the fall, hockey in the winter and baseball then track and field in the spring. It was while “playing sports in high school,” he said, where Williams had his own experiences with physical therapy. “I enjoyed learning about that,” he said, and he talked to his school’s athletic trainer, learning that it could be a way for him to stay involved in sports he loved.

He’d been involved in hockey at Quinnipiac and football at Ole Miss. “I found I liked hockey more,” he said. “It has a little bit of everything.” It’s a fast game with contact, he said. “It’s something new everyday,” he said of the job, between the dangers of the sport and the chronic injuries.

The Comets’ athletic trainers — Williams and assistants Ryan Monaco and Katie Davis — have their own practice the same way the players prepare for what is expected of them. That includes working with the Utica Fire Department emergency medical technicians to do drills and know what to do in any number of situations they might have to handle. “We do prepare for those scenarios,” Williams said of more serious injuries.

There are two types of days for the trainers — game day and non-game day.

On days when the Comets do not play, Williams is in early to set up and make sure the equipment like the hot tub and cold tub are ready. Those responsibilities usually mean arriving about one-and-a-half hours before the players show up for practice. The players go through their own pre-practice routines and Williams is there to deal with any issues they have. After practice, he checks in to see if there are any new medical issues that have come up and follows up on existing injuries.

Later he and his staff plan rehabilitation programs for injured players and develop injury prevention programs for others. He’s also in communication with the coaching staff about the health of the players. There is also administrative work to do on a day-to-day basis.

Then there’s game day. When Utica is the home team, the medical staff sets up the visitors room for any needs of the trainers of whatever team the Comets are playing. He’s also in communication with his colleagues on the visiting team to see if there are any specific needs or issues he can address.

The morning routine is similar to non-game day, he noted, with the morning skate for players and the tasks associated with that. For a 7 p.m. game, players and coaches start to return to the venue around 4 p.m. Players, he said, start getting into “game mode” one to two hours before faceoff.

Then it’s game time. Williams is behind the bench. Monaco and Davis are also available off-ice. “It’s a lot of dealing with immediate situations,” Williams said of his game-time activities. “What I find most interesting is growing up watching hockey as a player and fan” as opposed to “watching as a trainer.” Now he watches for potential situations of concern like when players are approaching the boards or one is sizing another up for a big hit. And his attention can linger on those situations long after the puck has gone elsewhere. “It’s definitely a different lens.” He added, “On TV it’s easier to watch as a fan,” especially when the camera follows the puck and not the part of the play he naturally keeps an eye on. “Sometimes you automatically have that brain activity.”

Treating injuries can be a clinical process, but Williams noted that trainers also know there’s a person connected to that elbow or knee. “For every injury there’s what’s happening anatomically but what you have to take into account is how it could affect their livelihood or their mental state.” Rehabilitating an injury is tough enough in some cases, even without the added pressure of a shot at the NHL being part of the equation.

Just like players, Williams has aspirations to move up in the organization. He’s working on his doctorate and “striving to improve and get better and get an opporunity to work at the major league level.” He said to be in the NHL would be “a dream come true.” But like so many others in other roles in hockey, experience has a lot to do with getting there. “Utica is a great place to get good experience,” he said.