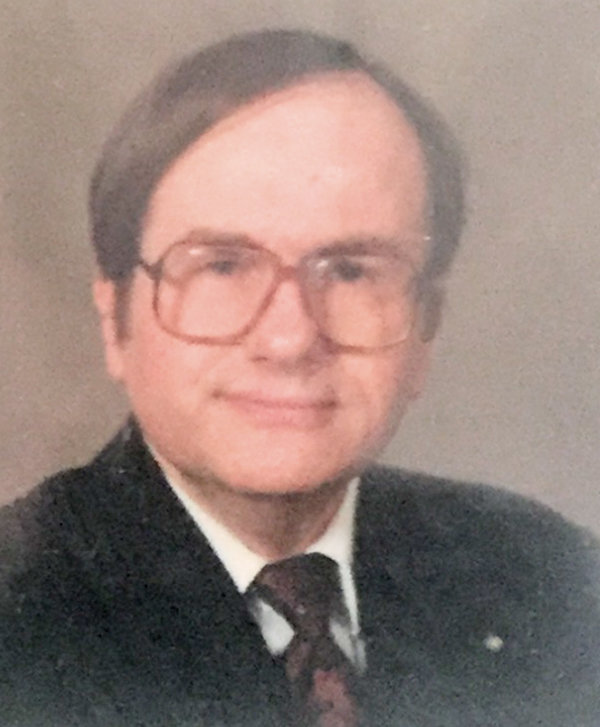 When William was 10 years old, he rode his Rollfast bike down Utica’s Parkway ski slope.  The experience banged him up a bit but he did not regret it. He never let his physical disabilities define him. He was born in Utica, NY, the son of the late Louis and Anne (Gregory) Koslosky.

William received many surgeries in his youth at the Shriner’s Hospital in Massachusetts to address his disabilities. He toughed his way through all of them with a fierce determination to push forward and succeed in life.

He graduated from Notre Dame High School in 1971. It was then on to Utica College where he was the debate team’s captain and Outstanding Senior of the class of 1975. He attended law school at the University of Maryland, graduating in 1978.

Scouting was very important to him. He was the first Eagle Scout of Troop 4, New Hartford and received nationwide attention for earning this honor as a disabled youth. William then served as an adult leader in Troop 14, Washington Mills from 1971 to 2015, including as Scoutmaster for a few years. He received the Silver Beaver award from the local Scouting Council and the Distinguished Eagle Scout award from the National Council of the Boy Scouts of America for his decades of devoted service.

William, however, never developed a liking for camping although he did hike through the Rockies at Philmont Scout Ranch, New Mexico, when he was 16.  However, did enjoy sitting around a good campfire.

William’s legal career began in Pennsylvania where he worked to protect the rights of disabled children. He then practiced in Binghamton, also advocating for clients with physical and educational disabilities.

He came back home in September 1990 and opened a law practice with his brother, John.  Much of his practice was devoted to representing children and foster parents seeking to adopt children. He received the Michael F. Dillon Law Guardian of the Year award from the Appellate Division, Fourth Department, and was a sought-after speaker at continuing legal education seminars for many years.

William leaves behind his sister, Mary Anne, who served as his legal secretary and, to the extent any mortal being could do so given his iron will and stubborn nature, kept him on the straight and narrow path. Also surviving are his brothers, John and Daniel; several aunts, uncles, cousins; and his beloved canine companions Witold, Rosie and Little Red. Please consider a donation to Woodhaven Wildlife Center, c/o Judy Cusworth, 101 Woodhaven Lane, Chadwicks, NY, in William’s memory.