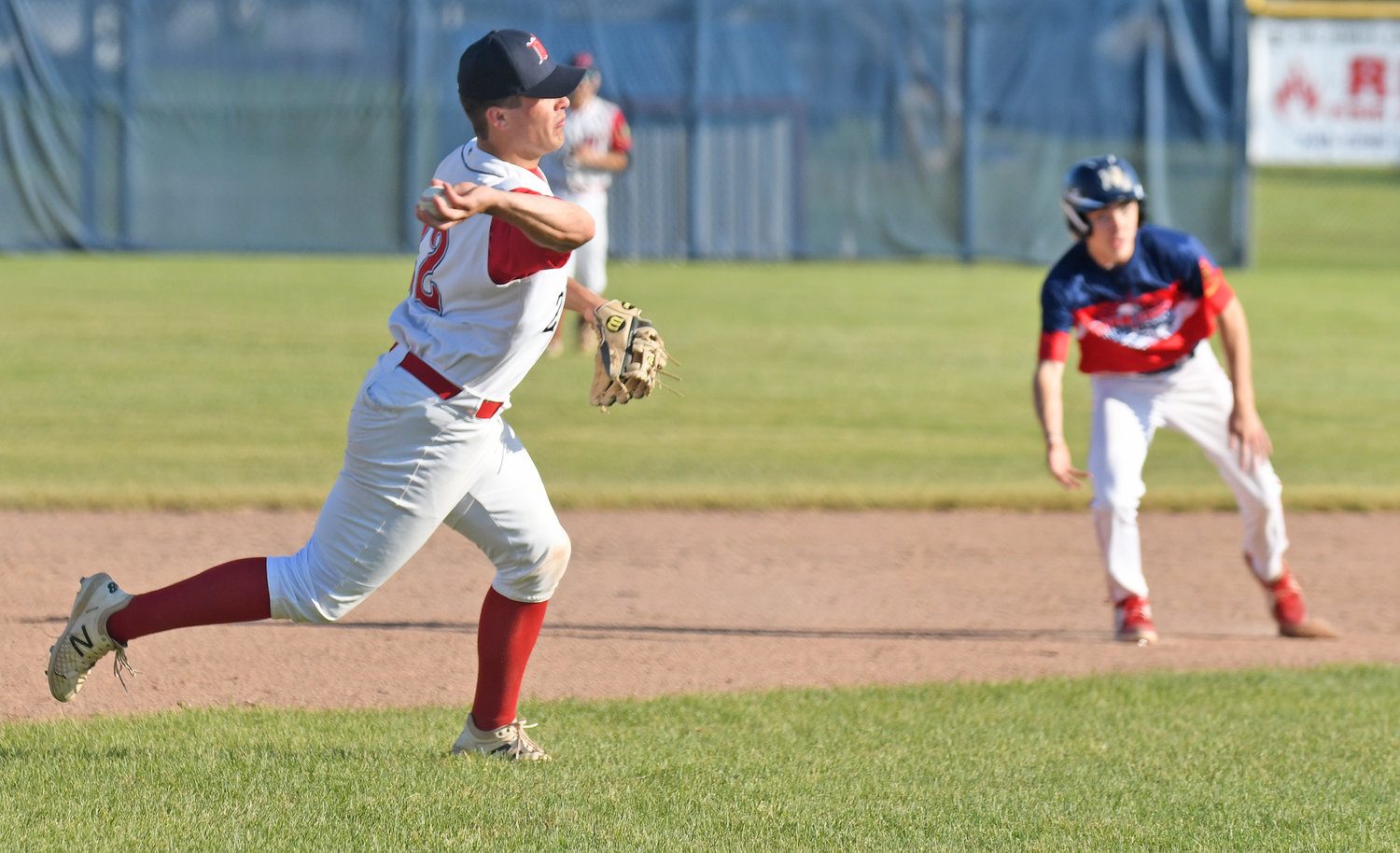 Whitestown third baseman Colin White makes a throw to first for an out in the third inning of the team’s home game against New Hartford Post Monday. Whitestown won 9-1 and White had a single and drove in a run.
(Sentinel photo by John Clifford) 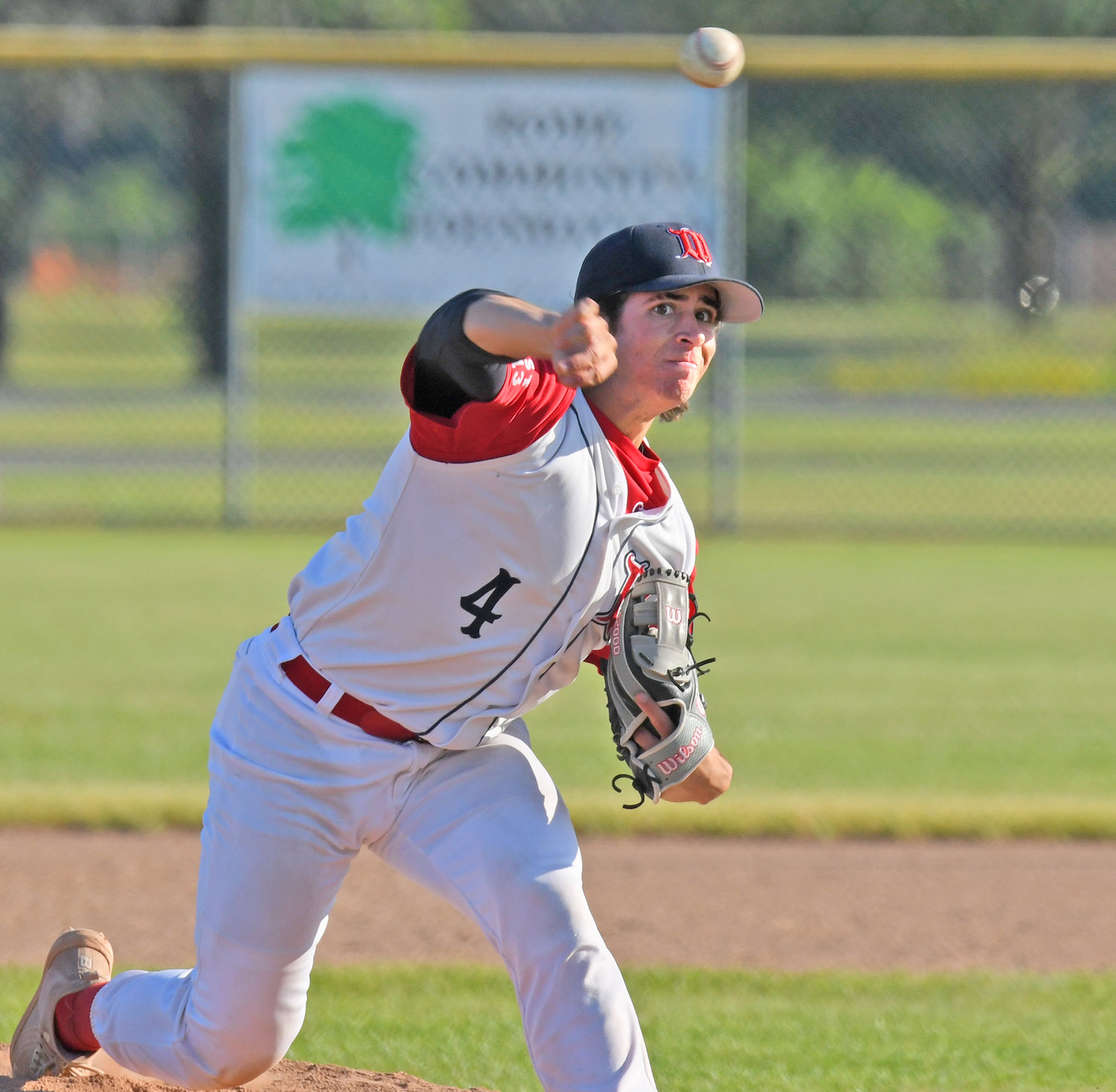 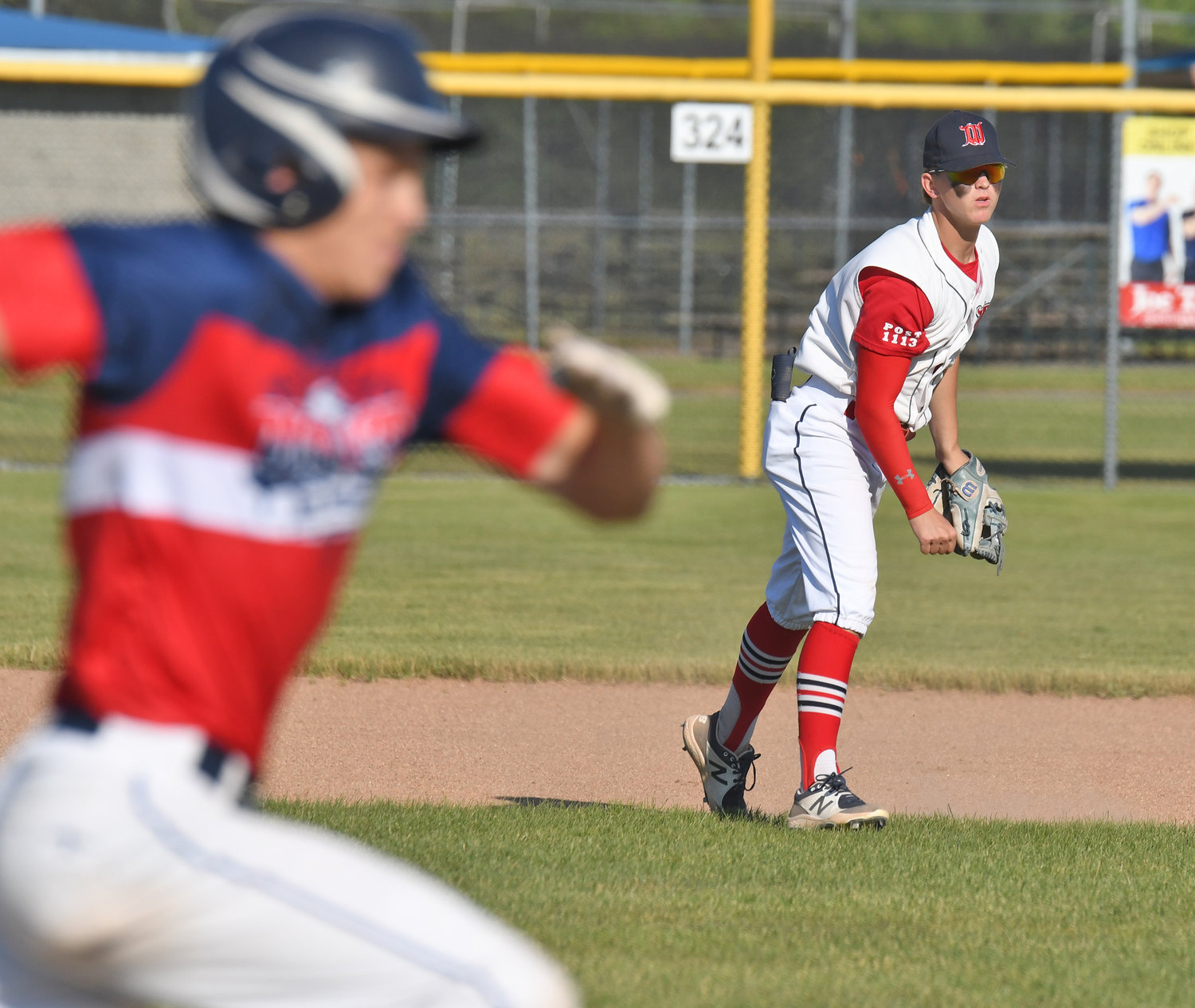 Whitestown Kody Czternastek watches his throw to first for an out in the second inning of the team's 9-1 win over New Hartford Monday. Czternastek also had a single and scored a run.
(Sentinel photo by John Clifford)
Previous Next
Posted Tuesday, June 21, 2022 9:05 pm

Whitestown Post stayed unbeaten with a 9-1 win over visiting New Hartford Monday in District V American Legion baseball. The team opened up a big lead with a six-run third inning.

New Hartford scored its lone run in the top of the fifth but Whitestown immediately responded with three more runs, the last scoring of the game.

Caleb Miller was the starter for Whitestown, and he improved to 2-0 on the season. He went 6 2/3 innings, allowing an earned run on six hits and two walks. He struck out eight. At the plate, Miller doubled and tripled, scored and drove in two runs.

Whitestown in now 6-0 overall and 5-0 in the league. The team plays at 6 p.m. Wednesday against host Moran Post in Camden.

Despite a furious comeback by Moran Post to take a late one-run lead, host Ilion Post scored two runs to get a walkoff win 10-9 Monday in District V.

Moran Post of Camden scored three runs in the top of the first but was held off the scoreboard until it scored six times to take a 9-8 lead in the sixth.

Ilion scored a run in the second, five in the third to take the lead and two more in the fourth to pad the advantage.

In the bottom of the seventh, Ilion loaded the bases then tied the game on walk by Tanner Warren to score Brayton Langdon. Later, with two outs and the game tied, Chase Regan singled to left field to score Jeff DeSarro for the game-winning hit and RBI.

Nick Greene was the winning pitcher. He threw 1 2/3 innings and allowed three runs, one earned, on two hits. He struck out three.

Maddox Garvey took the loss, going three innings and allowing eight runs, seven of them earned, on seven hits and a walk.

For Moran, Elijah Ciani had a hit, three RBIs and a run scored. Brian Gonzalez had a hit, RBI and two runs.