Whitestown Post was a win away from the 2022 District V American Legion baseball title going into Tuesday’s finale. 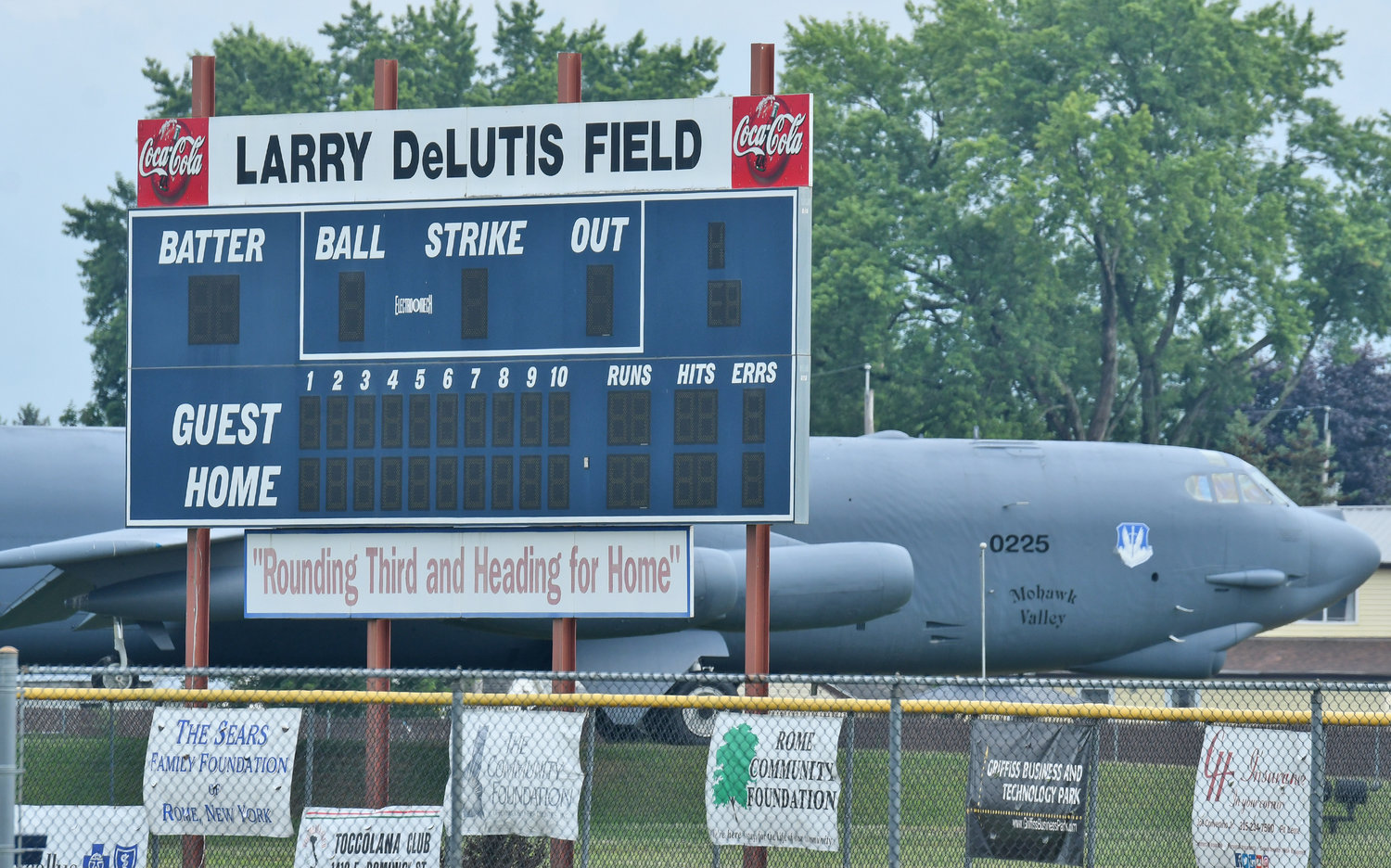 Larry DeLutis Field in Rome will be the host of Tuesday’s District V American Legion championship. Whitestown Post is undefeated in the tournament and will take on Smith Post of Rome at 5:15 p.m. Whitestown needs one win but Smith must win two times to come back from the elimination bracket and take its third straight district title. The team won the last two by beating Whitestown in 2019 and 2021, with the 2020 season canceled due to the pandemic.
(Sentinel photo by John Clifford)
Posted Monday, July 18, 2022 9:50 pm

Whitestown Post was a win away from the 2022 District V American Legion baseball title going into Tuesday’s finale. The team swept through the winners’ bracket over the weekend to set up a rematch against Smith Post of Rome, which had to win two games Tuesday at Murnane Field in Utica to take the championship.

The final matchup was set for Monday in Utica but was rained out. Instead they’ll square off at 5:15 p.m. at DeLutis Field in Rome.

On Friday, Whitestown knocked Smith into the elimination bracket with a 6-0 win. Whitestown scored a run in the bottom of the fouth inning then added five in the sixth to seal the win.

The win gave head coach Paul Engelhart his 500th win in his 24-year career at the helm.

Caleb Miller improved to 5-0 in the season with the complete game victory. He allowed three hits and two walks, and struck out seven. He also had a triple and scored a run on offense.

Whitestown’s Colin Skermont had a single and double, scored and drove in a run. Kody Czternastek singled, walked twice and drove in one. Jacob Collea had a hit and drove in two runs. Brian Zbytneiwski and Ty Montrose each had a hit, run and an RBI.

Ilion scored seven runs in the bottom of the first to take a 7-1 lead. Matthew Prestopnik earned the win, allowing two runs, one of them earned, in 4 2/3 innings. He surrendered six hits and five walks while striking out four.

For Adrean, Derek Baur had a single and double with a pair of RBIs.

Details for the Utica-New Hartford were not available.

On Saturday, Whitestown eliminated Ilion with a 6-5 win.

Whitestown built a 4-0 lead with a pair of runs in the third and two more in the fourth. Ilion scored a run in the fifth and three more in the sixth trim the lead to 5-4.

Montrose had three hits and drove in two. Miller had two hits and two runs scored. Skermont had two hits, a run and an RBI. Zbytneiwski had two hits.

For Ilion, Meszler had two hits and an RBI. Hunter Smith tripled, scored and drove in two runs.