Whitesboro too much for RFA 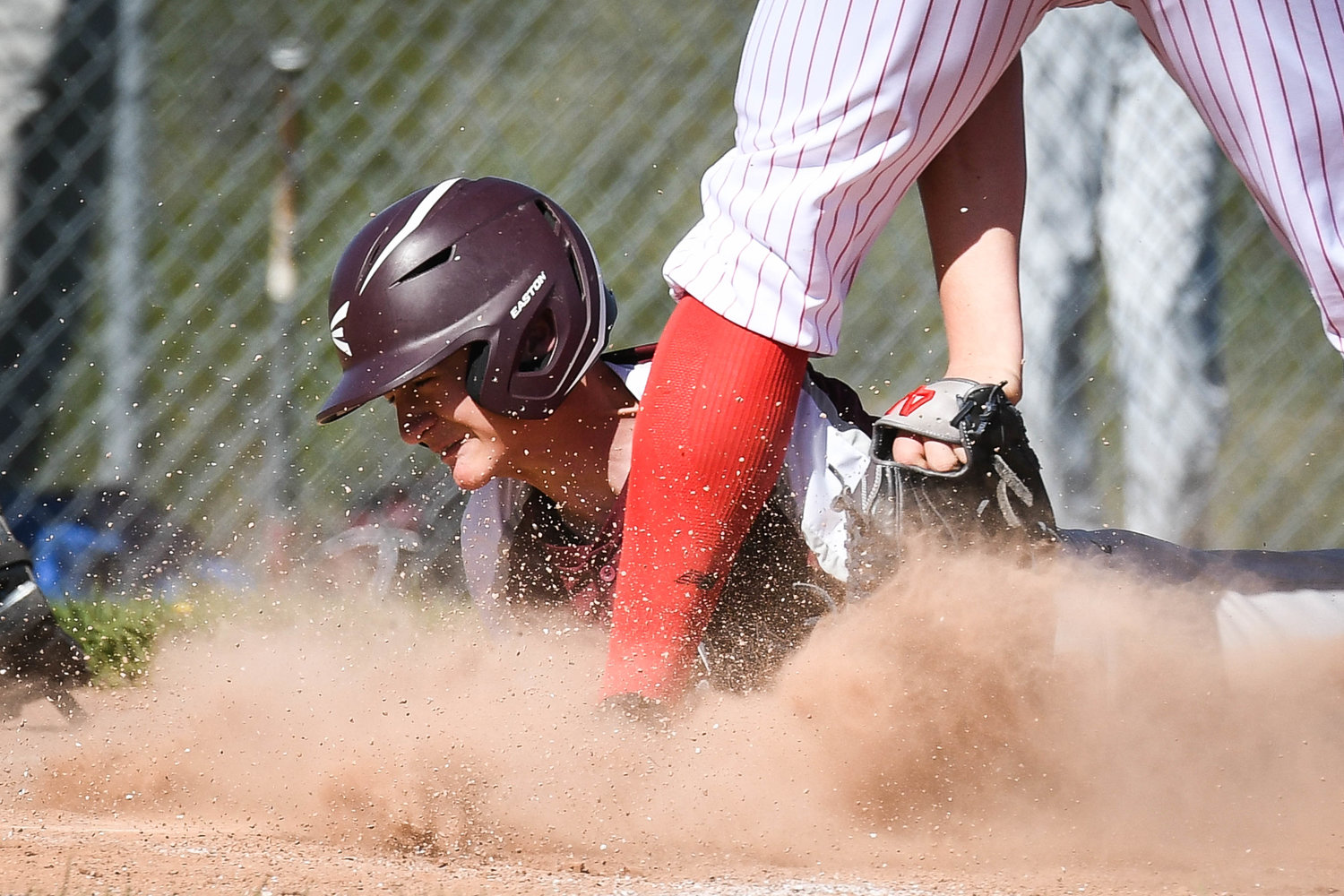 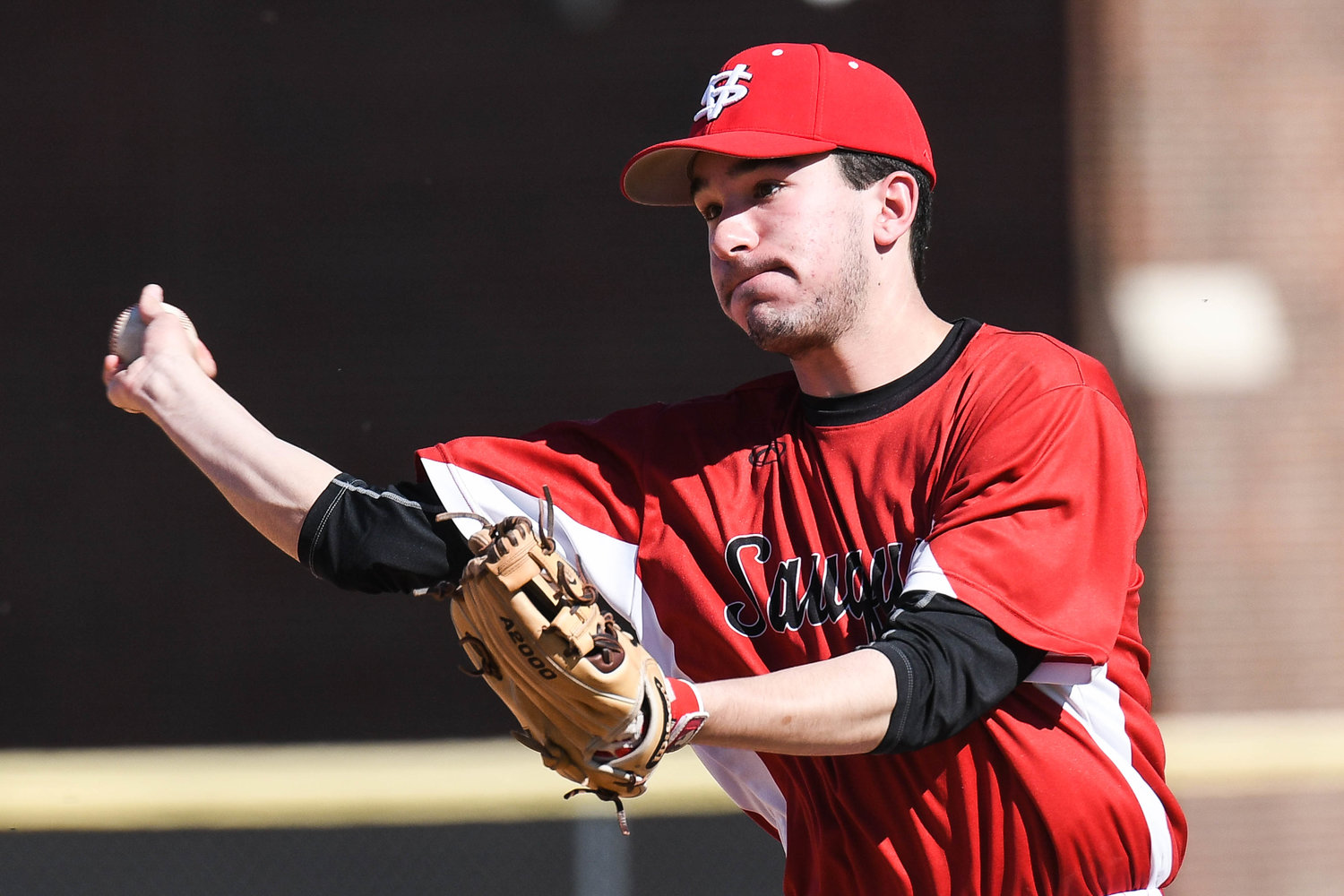 Whitesboro’s Ryan Cook and DeShawn Hutchinson each clubbed a home run in the Warriors’ 10-3 win on the road against Rome Free Academy in the Tri-Valley League Thursday.

Cook smacked a two-run homer to right center in the top of the first. He added a second inning single for a 2-for-3 day at the plate. He was also the starting pitcher, but exited with a no-decision after 3 1/3 innings. He allowed three earned runs on two hits and five walks. He struck out five.

The Warriors built on the two-run lead with three more in the second inning, Hutchinson led off with a home run to left field then the Black Knights allowed two unearned runs. A two-out throwing error allowed Noah Clausen to score then a fielding error allowed Max Pawlowski to score later in the inning. They added a run in the third when Dominic Bullis hit a run-scoring ground rule double that drove in Hutchinson, who had walked and stolen second. That put the Warriors up 6-1.

Whitesboro added a pair of runs in the fourth and two more in the fifth. First it was a two-run single by Anthony Dorozynski then an inning later Brian Zbytniewski had his own two-run single.

Clausen came on in relief for Whitesboro and earned the win. He went 3 2/3 scoreless innings, allowing two hits and walking two. He struck out five.

RFA’s second inning run was scored by Jake Premo, who led off with a single and advanced on walk and a sacrifice bunt. He scored on a sacrifice fly by Michael Flint. The Black Knights got two more back in the fourth. Marco Macri and Premo walked to lead off the inning. Macri scored on a single by Sonepith Keoviengsamay. After a walk to load the bases, Marco Sparace worked an RBI walk to score Premo.

Macri took the loss for RFA, going three innings and allowing six runs, four of them earned, on four hits and four walks. He struck out four. Elijah Marrero relieved him, going 1 1/3 innings and allowing four earned runs on four hits and four walks with a strike out. Kody Smith threw 1 2/3 innings, allowing a hit and striking out one without allowing a run. Dominick Tallarino threw the final inning, retiring all three batters he faced and striking out one.

RFA falls to 3-9. The Knights play a non-league game at 11 a.m. Saturday on the road against East Syracuse-Minoa.

The Westmoreland baseball team scored in all six innings in a convincing 23-5 win at Waterville Wednesday.

The Bulldogs took a 5-0 lead with a four-run second inning. A seven spot in the fourth made it 14-0. Waterville got a run back but Westmoreland responded with three in the fifth and six in the sixth.

Cole Pearsall had a double, a run and an RBI for Waterville. Ethan Greene singled and drove in three.

Kane Patterson took the loss, allowing 14 runs, 12 of them earned, in 3 1/3 innings. He surrendered 11 hits and walked five.

Westmoreland is now 12-0 and 8-0 in the league. The Bulldogs host Sauquoit Valley in the league at 2 p.m. Saturday.

Clinton comes back from early deficit

The Clinton baseball team trailed 2-0 after three innings but came back to win 5-2 Wednesday at Adirondack in the Center State Conference.

The Warriors scored a run in the fifth then took a 3-2 lead with two in the sixth. They padded the lead with two more in the seventh.

Tanner Champion got the win, going the first four 1/3 innings while allowing a pair of earned runs on four hits and three walks. Kyle Majka came on for the save, going 2 2/3 innings without allowing a hit or run. He struck out seven.

Aiden Soika had two hits and two runs scored for Clinton. Majka singled and doubled, drove in a run and scored twice. Cam Maline had two hits, a run and an RBI.

Clinton travels to Mount Markham for a league game at 4:30 p.m. Friday.

Adirondack was at Mount Markham in the league Thursday. Results were not available at press time.