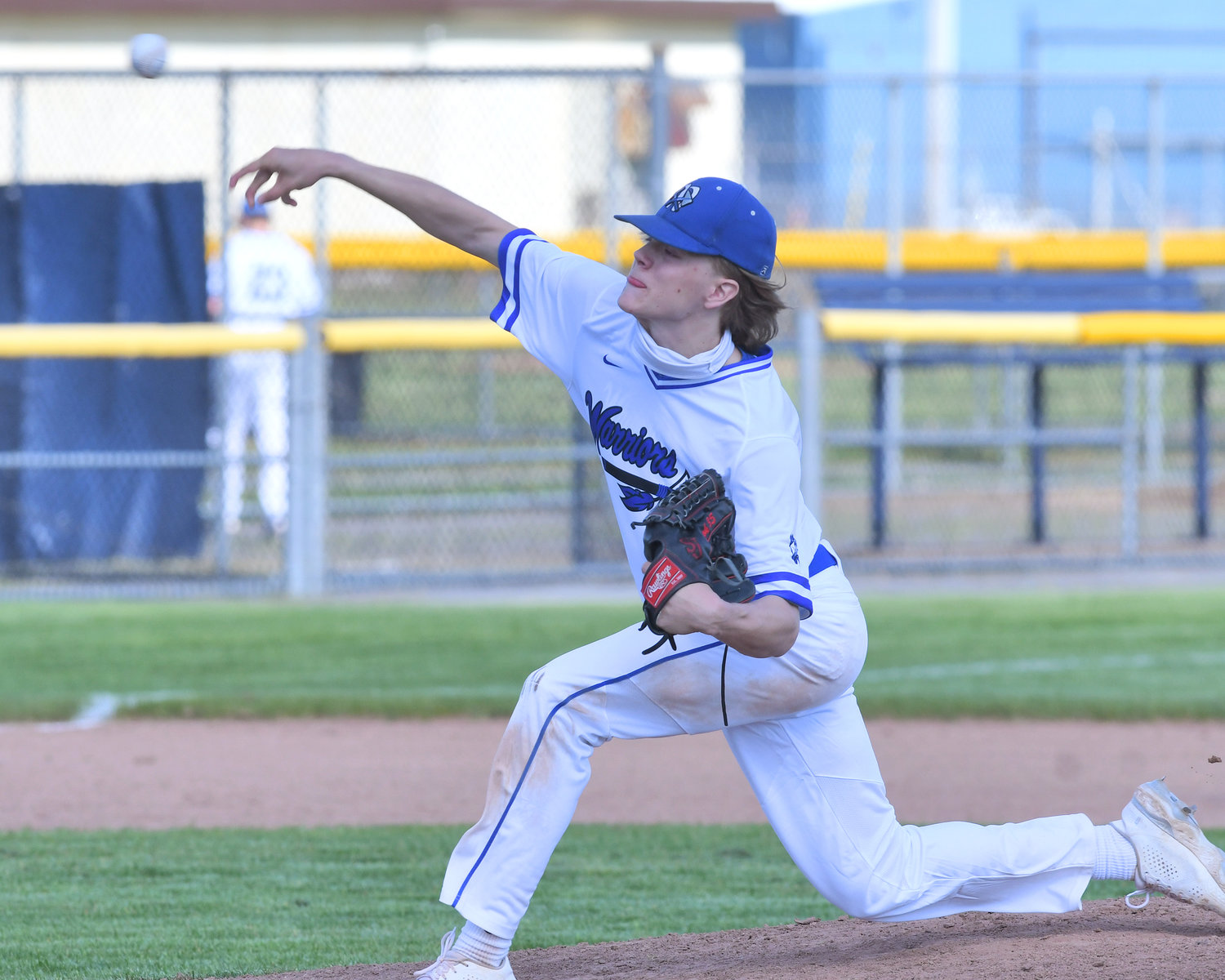 DIVISION I BOUND — Whitesboro’s Ryan Cook, shown during a game in 2021, is expected to have a key role with the Warriors as a senior. He has verbally committed to Central Connecticut State to play Division I baseball.
(Sentinel photo by John Clifford)
Posted Friday, April 22, 2022 7:30 am
Ben Birnell
Sports writer
email / twitter

WHITESBORO — Baseball has been a notable part of Ryan Cook’s life.

The Whitesboro senior pitcher and first baseman has been on the varsity squad for four seasons and is expected to play a key role for the Warriors this season. He also plays basketball.

He’s set to play baseball at the NCAA Division I level at Central Connecticut State University, following his brother, Avery, who is a pitcher at Purdue University. Their dad, Bob, is the head director of baseball and softball at Accelerate Sports Complex in Whitesboro as well as a regional scout for the Cincinnati Reds.

Cook, who had shoulder surgery in March 2020 when Whitesboro didn’t play due to challenges with the coronavirus pandemic, said he feels good as his final season of high school baseball begins.

He also picked up the win in his first pitching appearance over Holland Patent on April 14 with four strikeouts and two earned runs in three innings.

What are your primary personal and team goals for this season?

“I just want to do better than last year. We fell short in the section semifinals. It is just winning that game and obviously everyone wants the section. I think we have the team and talent to make there, but it is just taking it game-by-game and just winning every possible game we can.”

What part of your game do you feel like you’ve improved the most?

“From last year, I would say hitting. I feel way more comfortable at the plate. I just feel like I’m more of a presence in the box. Last year, I was bouncing around the order and now I’m at the No. 3 spot. I feel like I can see the ball a lot better this year and making solid contact and having good (at-bats).”

He said spending time at Accelerate has helped him. He noted that use of the HitTrax program has provided feedback including on his mechanics.

You’re verbally committed to Central Connecticut State University. What made you decide to go there?

“I went on a visit there. There were a bunch of schools that were recruiting me and it was all kind of the same thing. I went to CCSU and it was just kind of the environment. The team was awesome. The guys from the seniors to freshmen, all of them loved each other and bonded. I stayed overnight in the dorms and we just had a good time. The seniors didn’t act like they were above anybody else. The freshmen didn’t act like they were snotty. They all just kind of fit (together).”

He noted that the coaching staff has had success and the “campus was amazing,” making the decision a “no-brainer.”

With your brother pitching at Purdue and your dad also involved in baseball, how have they helped your baseball career?

“Honestly, I’m kind of a chill guy. I like to hang out with my girlfriend and my friends. I like to lift (weights). But, it is hard when you’re in-season.”