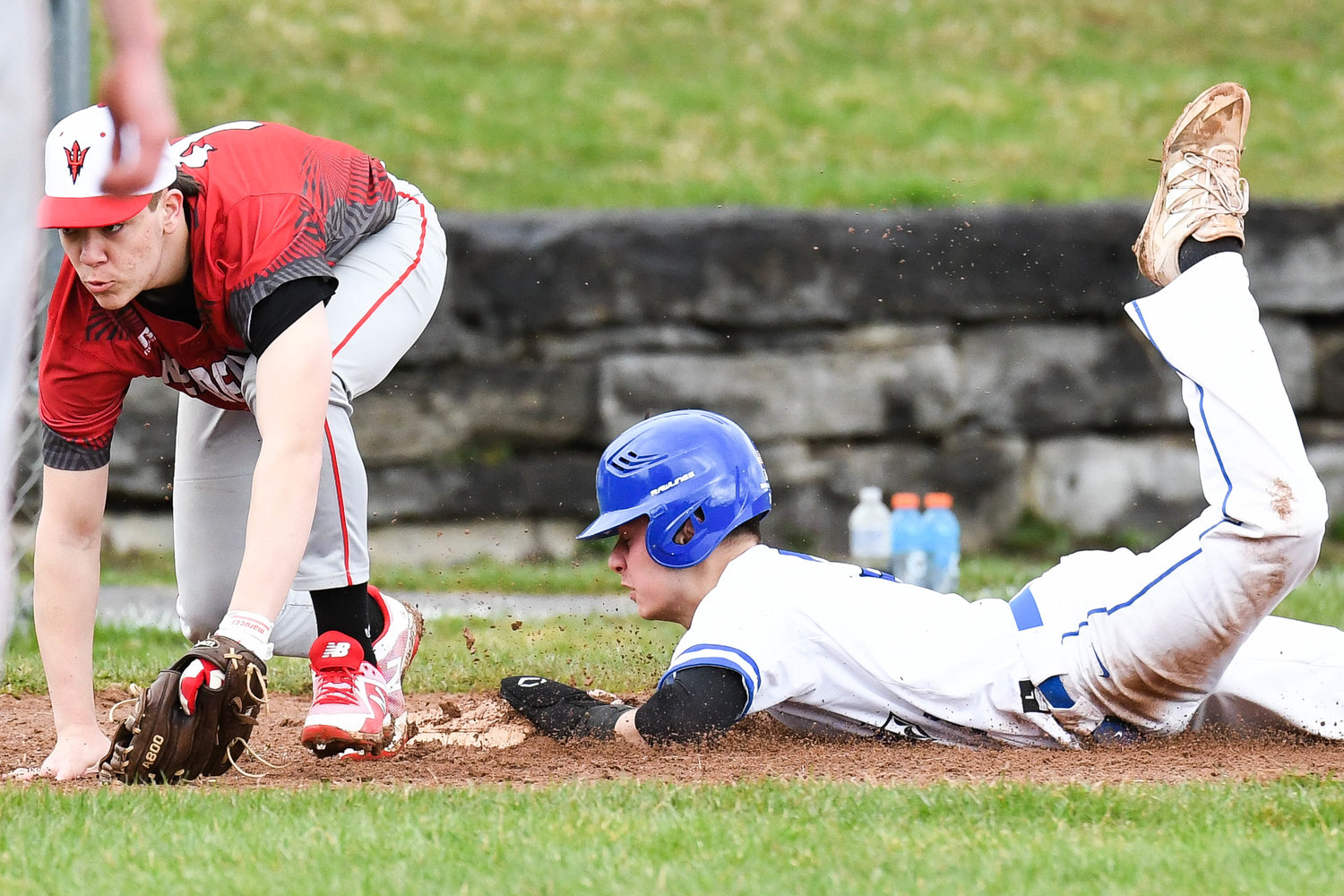 SAFE AT THIRD — Whitesboro player Colin Skermont slides safely into third base as Vernon-Verona-Sherrill’s Connor Tiffin has trouble with a wild throw during a non-league baseball game on Wednesday in Whitesboro. The Warriors won 9-2.
(Sentinel photo by Alex Cooper) 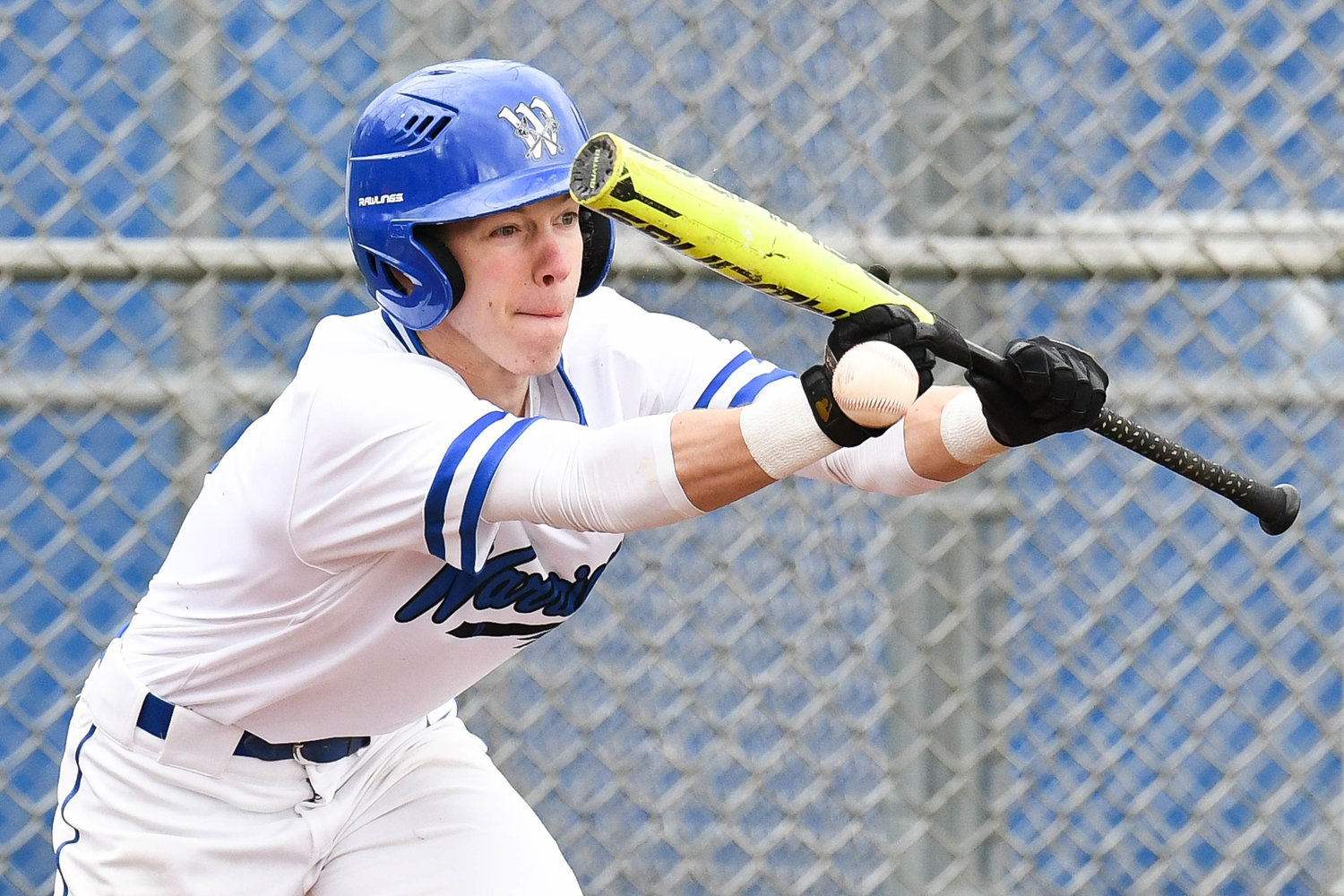 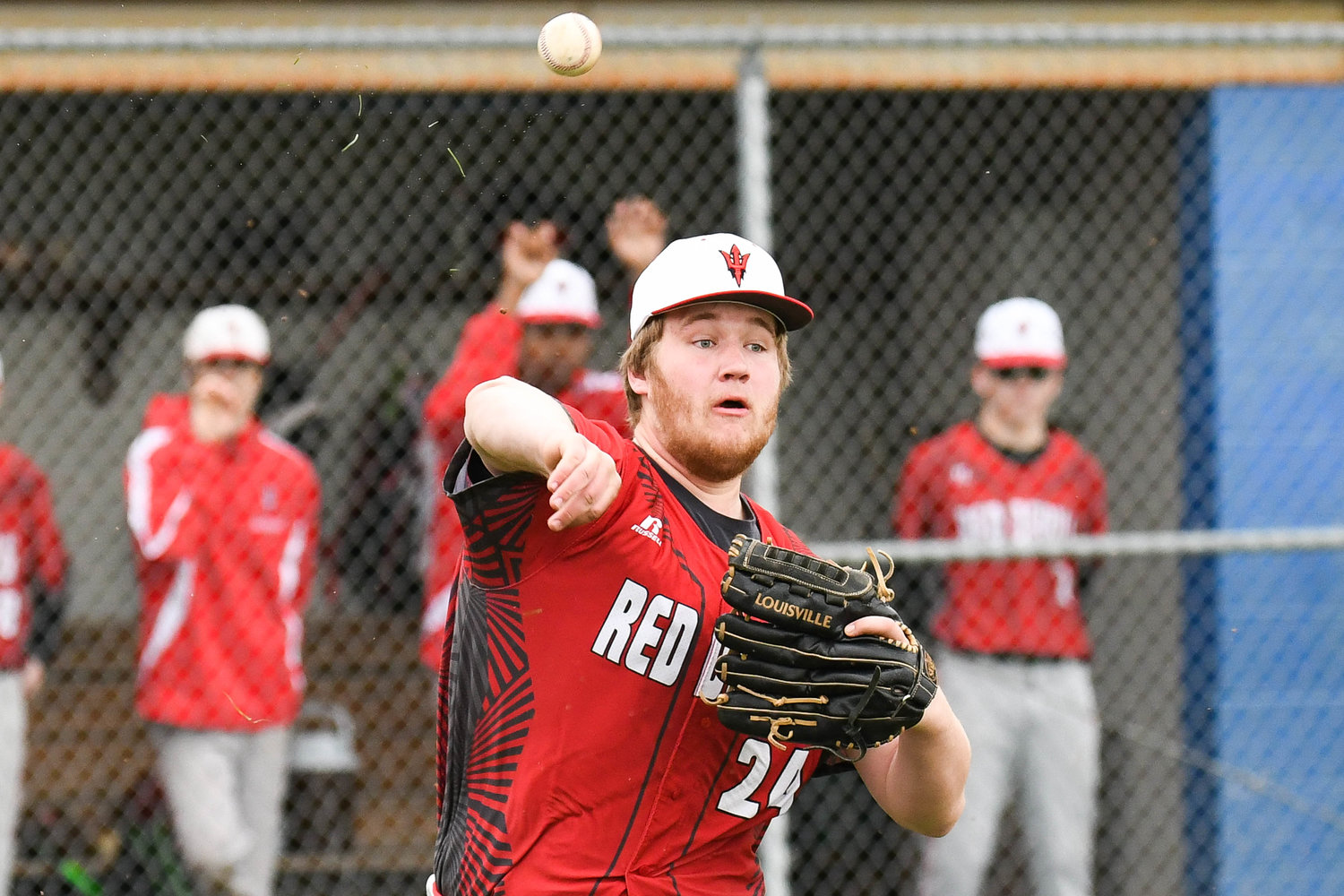 Vernon-Verona-Sherrill player Keshler Norman (24) throws to first base during the baseball game against Whitesboro on Wednesday.
(Sentinel photo by Alex Cooper) 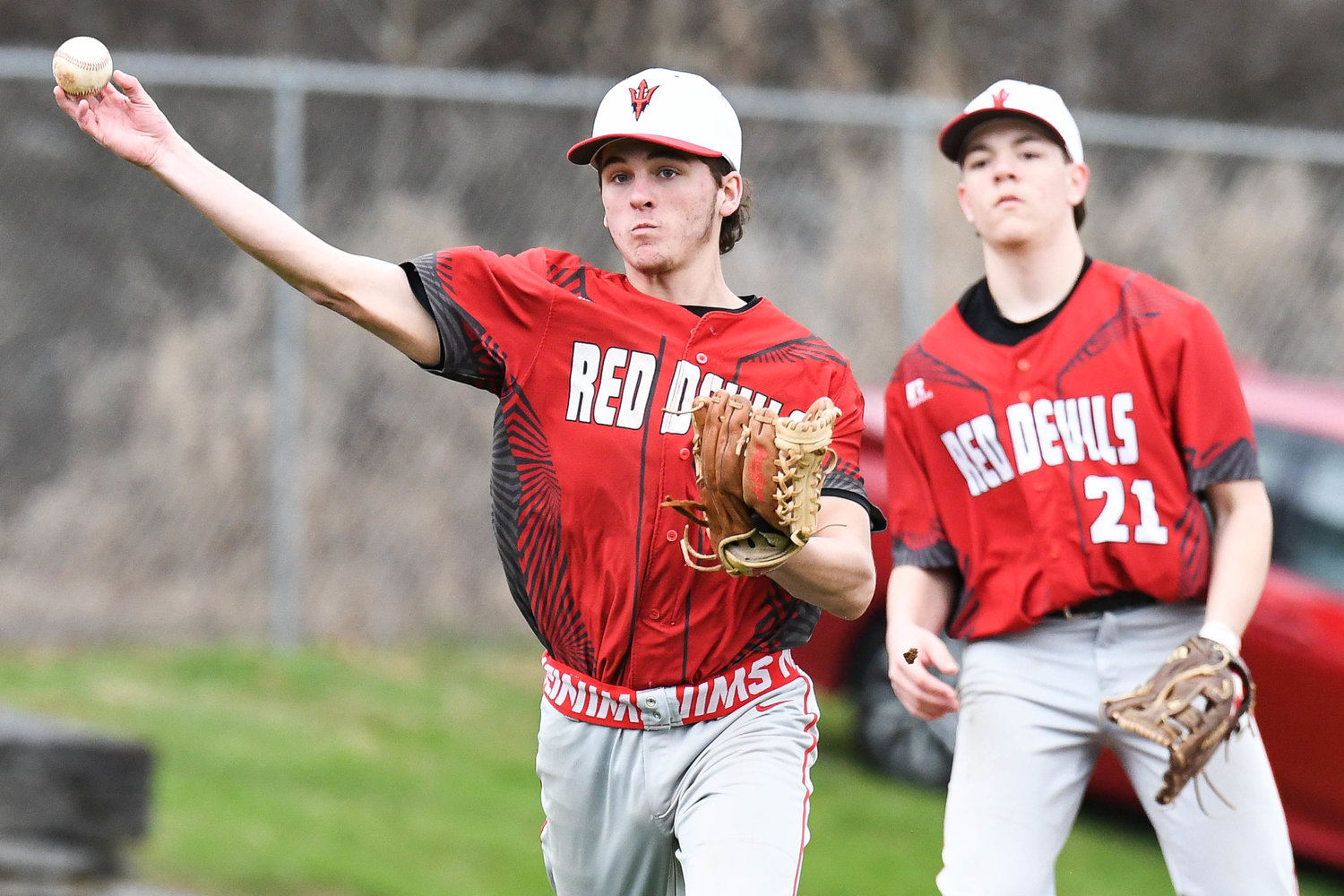 The Whitesboro baseball team scored three runs in the first inning and added another in the second to help power the team to a 9-2 win at home against Vernon-Verona-Sherrill Wednesday in a non-league game to open the season for both teams.

VVS responded with a run in the third but the Warriors scored three more in the fifth and two in the sixth. The Red Devils got one back in the top of the seventh but came up short.

Colin Skermont (1-0) got the win on the mound. He went four innings allowing a run while striking out 10.

Max Pawlowski had a single and double for Whitesboro with three runs batter in and one run scored. DaShawn Hutchinson tripled and drove in a run. Ryan Cook had two hits.

Whitesboro was scheduled to play at Holland Patent in non-league play today at 11 a.m.

The Northstars scored twice in the second and added two more in the third to lead 4-0. They exploded for eight runs in the fifth and led 15-0 headed into the bottom of the seventh, where Rome got a pair of runs.

Bryce Zicaro was dominant on the mound for C-NS, going six innings while allowing a hit and walking no batters. He gave up no runs and struck out 10 RFA batters. Logan Karwowski threw the final inning, allowing two earned runs on three hits and a walk with a strikeout.

RFA had four hits. Tanner Brawdy had a hit and a run. Mike Flint had a double, a walk and a run scored. Jack Lawless had a hit and drove in a run. Marco Sparace had a hit as well.