What's next for Utica University hockey?

There have been questions recently surrounding the possibility of the Utica University men’s hockey team moving from the NCAA Division III level up to Division I.  With the Atlantic Hockey …

What's next for Utica University hockey? 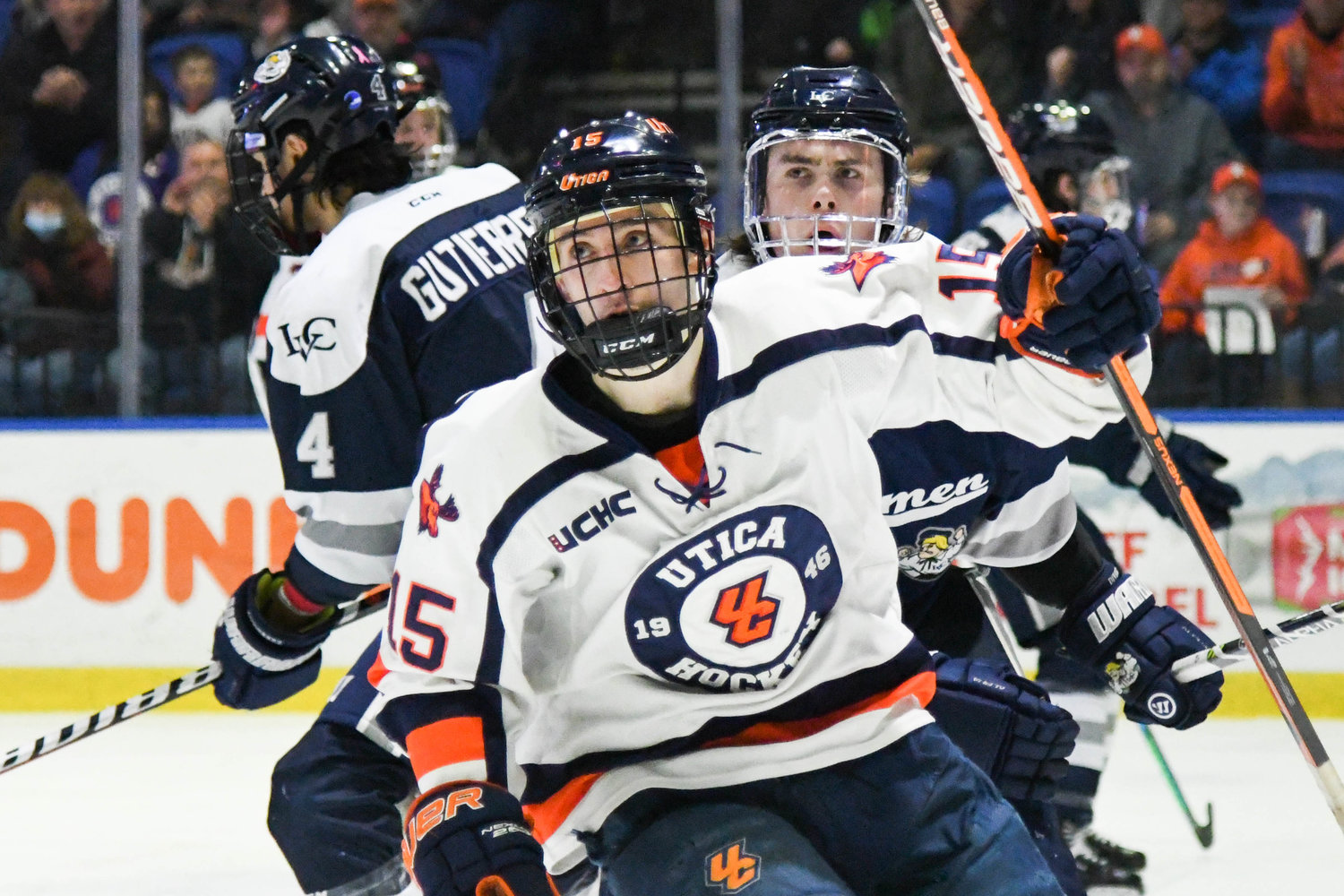 There have been questions recently surrounding the possibility of the Utica University men’s hockey team moving from the NCAA Division III level up to Division I.

With the Atlantic Hockey Association, a Division I conference, holding its conference tournament last weekend at the Adirondack Bank Center at Utica Memorial Auditorium for the first time, there is more interest surrounding a possible move for the Pioneers. The school has played at the Division III level since the hockey program started in 2001.

“Yes, (Utica has) expressed interest (in joining the conference),” Atlantic Hockey commissioner Bob DeGregorio said in a phone interview with the Sentinel. “There are a lot of things in play right now.”

He said there have been “informal discussions” with Utica for “several months."

Months-long discussions appear to align with a meeting report from the NCAA Division III men’s hockey committee from June 2021 when “members also discussed the 2026 host, Utica College, and how its potential move to Division I could impact its ability to host.”

It is important to note that any potential change -- even being accepted into the conference -- for Utica would be one step in the process.

Any possible movement by Utica University -- which recently re-branded from Utica College -- to a new level would have to be approved by the NCAA. Title IX would also likely play a role in the Utica’s women’s hockey program also moving up. And, the other teams at Utica would also be affected. The school has 25 total athletic programs.

There are upcoming meetings for Atlantic Hockey, DeGregorio said. Members have a vote on topics presented. Those meetings could play a role in what happens next.

“If things progress the way I’m hoping they do, we will be moving forward with some announcement by the end of April on one of our issues. After the June meetings, we (could) make another announcement. We’ll see what happens,” he said.

One of the more immediate issues for the conference is considering the reinstatement of former member Robert Morris. That program is aiming to reinstate its men's and women's hockey programs “for the 2023-24 season,” Robert Morris announced in December.

Atlantic Hockey accepting Robert Morris back would give the conference 11 members. It is possible there’s then a discussion of expansion to reach an even number of schools.

Earlier this month, College Hockey America – a women’s hockey conference – approved Robert Morris as a member. Notably, DeGregorio is the commissioner of the five-member conference, which includes RIT and Syracuse.

During that announcement at the Aud, there were handful of officials from Utica University in attendance. It was unclear then what the school’s role was in the event.

And, while this past weekend’s Atlantic Hockey conference tournament wasn’t an overwhelming draw – attendance wasn’t listed over 1,000 for any of the three games at Utica’s downtown arena – DeGregorio said the event “went very well.”

“The people at the (arena) and the people in the community were tremendous. They did a great job for us. We were very happy,” he said. “I can’t say enough about the people there and the way they worked with us.”

“I think it is a great campus and great facilities with a very bright future under their leadership,” he said.