West Genesee hockey lights up the scoreboard against RFA

West Genesee remained unbeaten in Section III Division I hockey with a win on the road against Rome Free Academy Tuesday at Kennedy Arena.

West Genesee hockey lights up the scoreboard against RFA 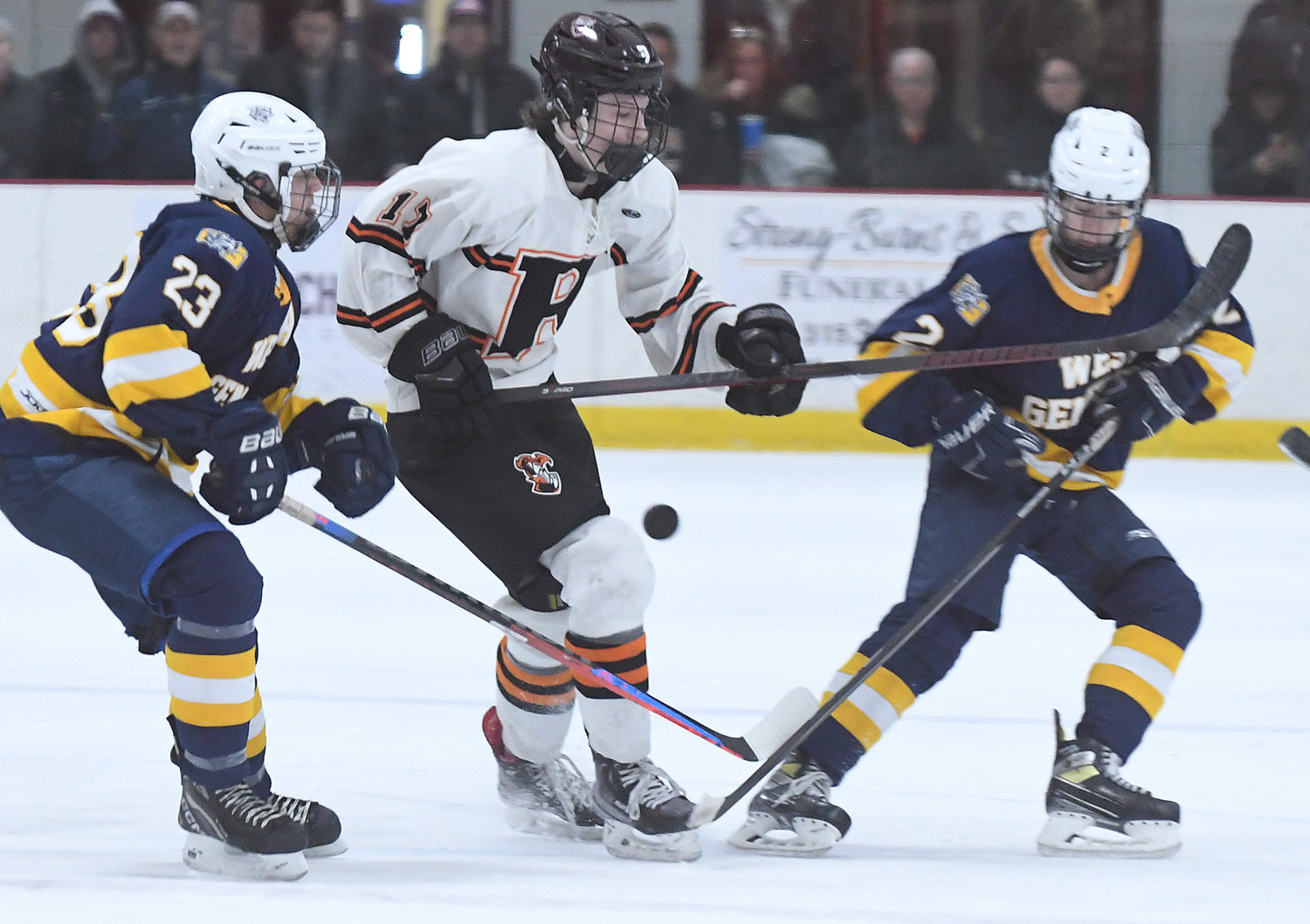 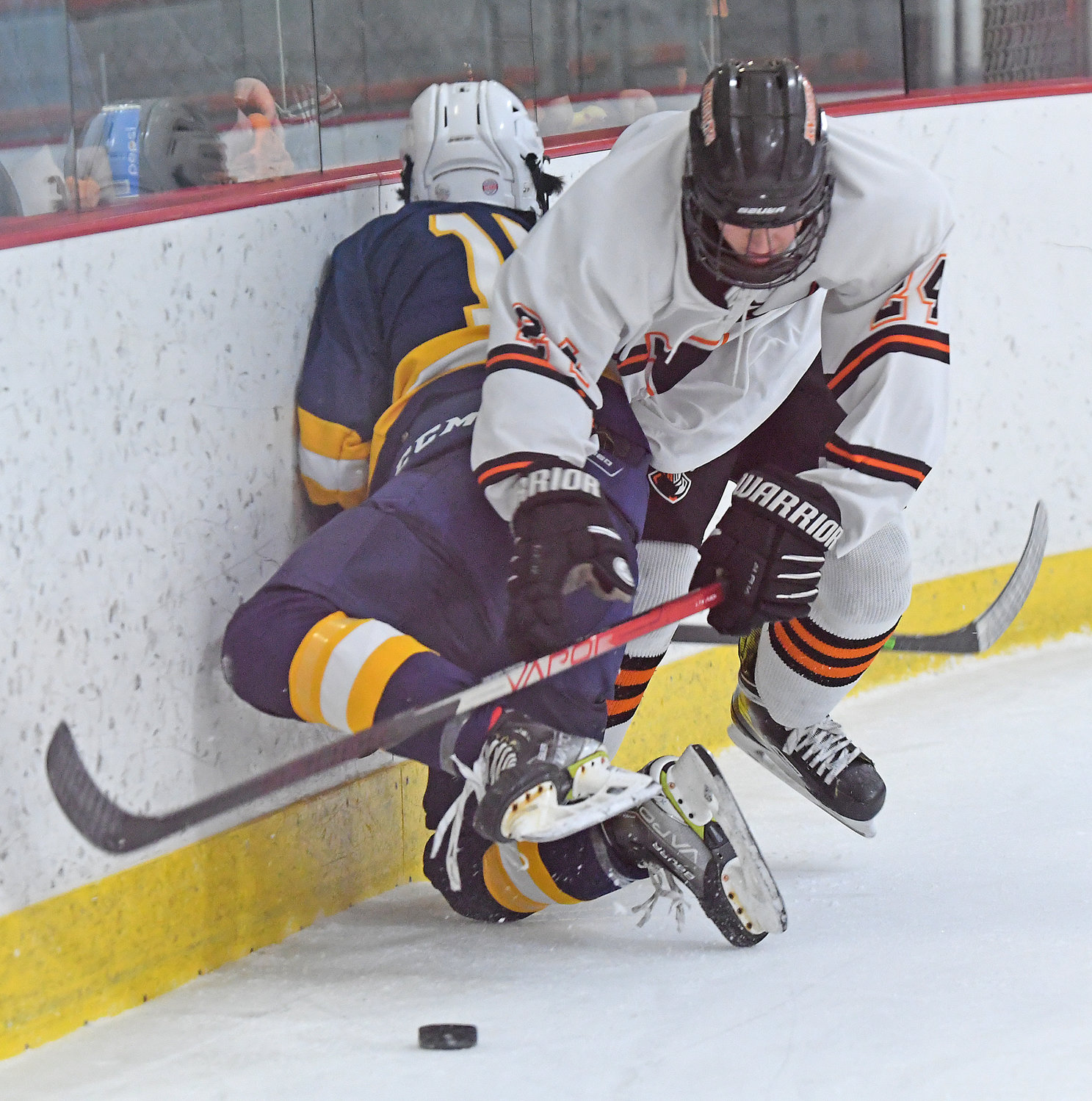 Rome Free Academy forward Jack Pylman pins West Genesee's Jesse Desena on the boards while trying to control the puck Tuesday night at Kennedy Arena. Both scored a goal but West Genny went on to a convincing 10-1 win.
(Sentinel photo by John Clifford) 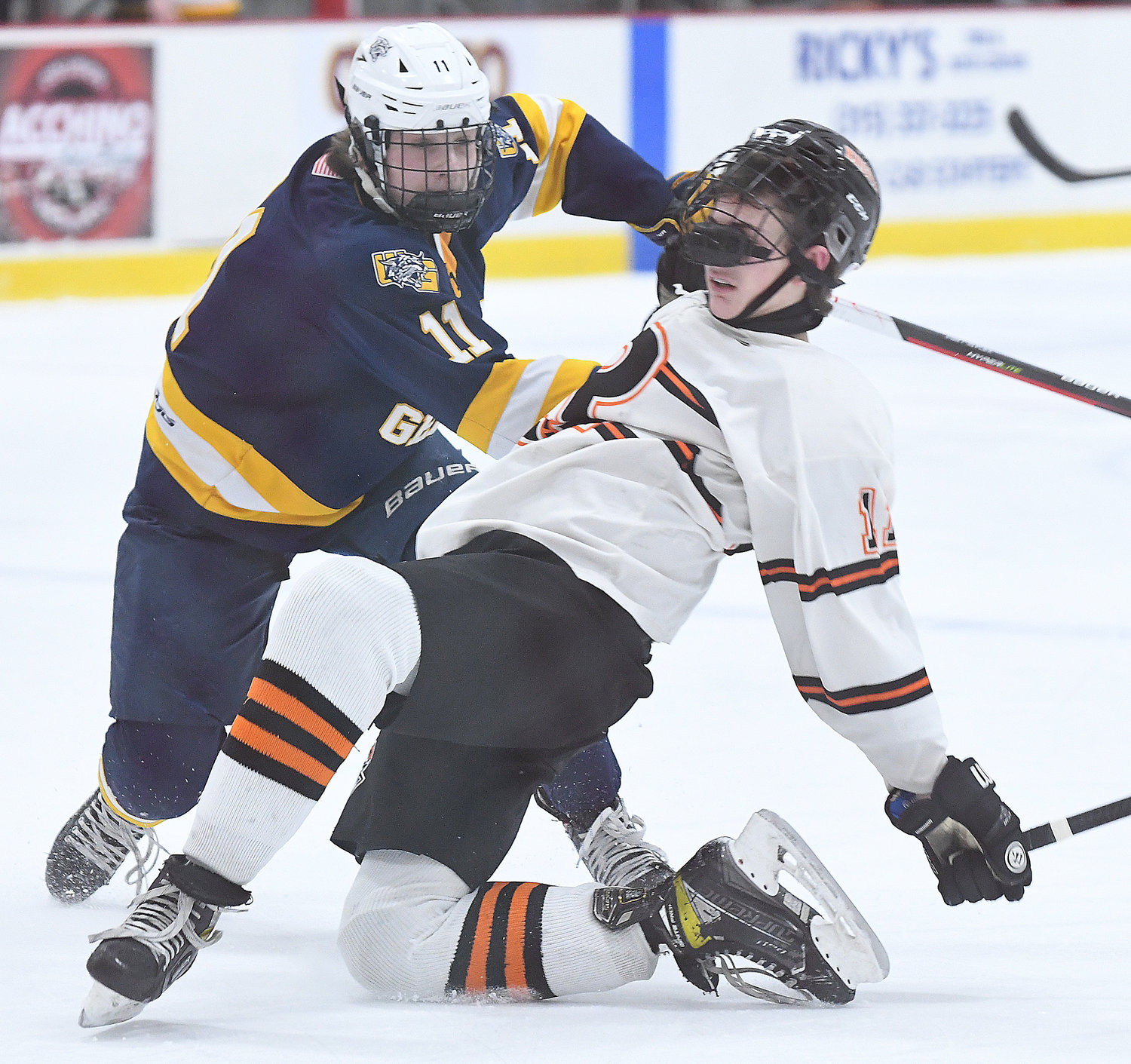 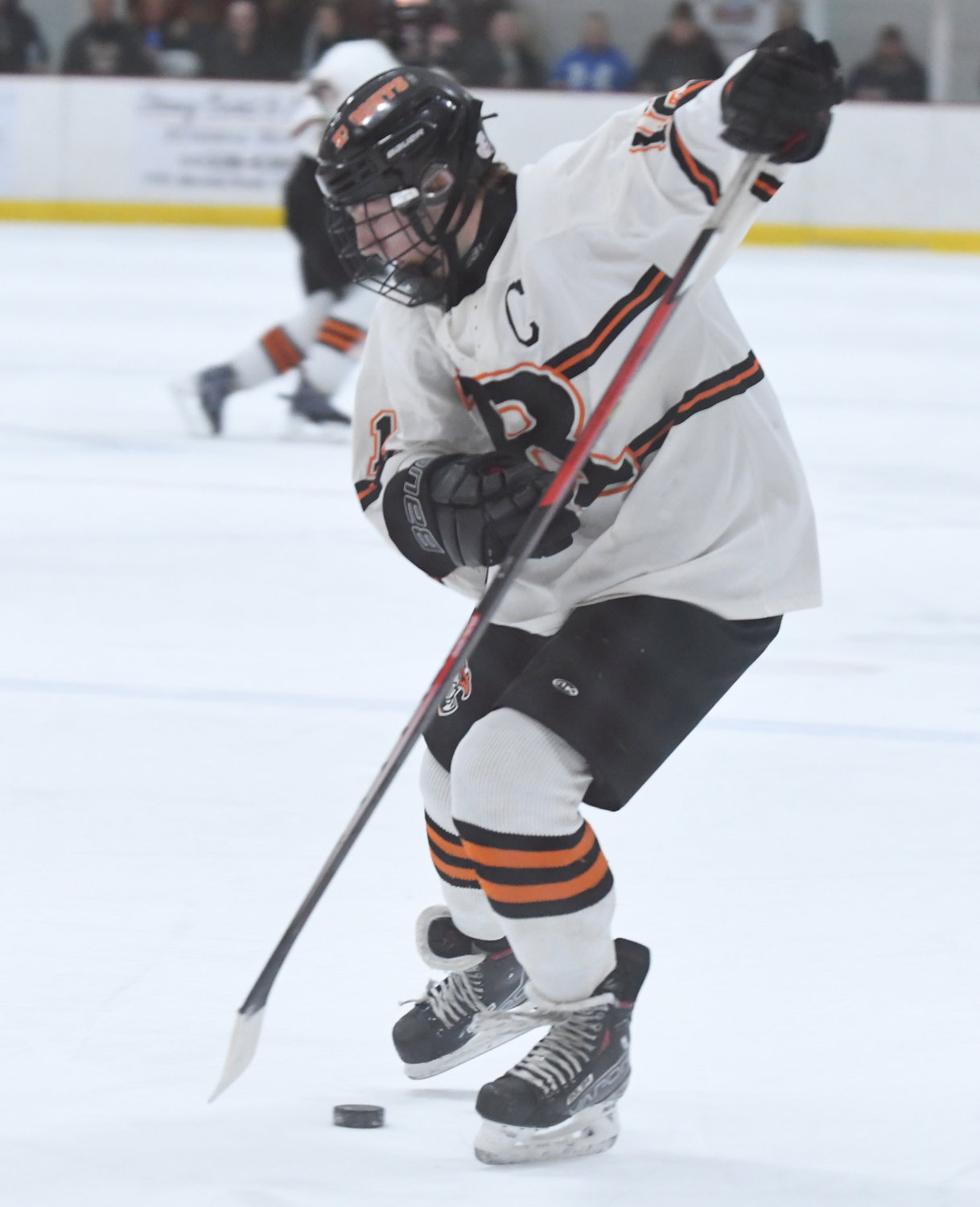 West Genesee remained unbeaten in Section III Division I hockey with a 10-1 win on the road against Rome Free Academy Tuesday at Kennedy Arena.

The Wildcats improved to 8-0 in the league and are 13-2 overall this season. They sit just ahead of Baldwinsville (7-1) in the battle for the top seed in the fast-approaching post-season.

The visitors came out firing, beating RFA goalie Braeden Sturtevant with a pair of goals 3:29 and 4:22 into the contest for a lead they would not relinquish. Jack Mellen scored the first of two goals on the night to make it 1-0 on an unassisted effort then Will Shields converted on a power play on an assist from Ryan Considine.

West Genny tallied twice more in the first. Jesse Desena scored on a feed from Shields in the middle of the period then Considine finished a give-and-go with one minute remaining on assists from Christian Ball and Michael Hard.

The Wildcats scored 36 seconds into the second period when Hard got a goal with assists to Liam Burns and Jack Giannuzzi. A few minutes later it was Mellen scoring on the power play from Considine and Burns to make it 6-0. That was the end of the night for Sturtevant, who took the loss allowing six goals on 22 shots. In came Jaemeson Keith.

But West Genny would get three more scores before the end of the period. William Schneid scored on an assist from Shields, then Jared Jaeger got a goal with helpers to Shields and Logan Dewaters before Shields got an unassisted goal with 3:19 left.

The lone goal of the third was scored by Considine from Jonah Vormwald with 3:36 left against RFA goalie Will Gurley, who had replaced Keith for the final 5:49 of the contest. Keith made 19 saves on 22 shots. Gurley stopped six of seven.

Beck made seven saves and earned the win. Elliot Kawa, who played the third period in net for West Genny, stopped all four shots he faced.

"I thought we came out…strong," said RFA head coach Jason Nowicki after the game. The Black Knights had opportunities early in the game, he noted, but defensively "we left a few rebounds that they finished." The first period power play goal, he noted, was also off a rebound.

RFA falls to 9-3-3 but is still in the hunt for a first-round home game in the playoffs. The team has four regular season games left, one against non-league opponent Clinton on the road at 7:30 p.m. Friday, then all league games the rest of the way. There's home games against Mohawk Valley (4-10) on Feb. 3 and Ontario Bay (5-7) Feb. 7 before finishing up on the road against Cazenovia (7-6-1) Feb. 10. Win the three league games, Nowicki noted, and RFA would get the three seed. Even a four seed gets the Knights one home playoff game.

"We have to move past this quickly and be ready for the league games," Nowicki said.

The Knights were not at 100% in the game, with goalie Donte Sparace out and defenseman Tyler Wilson playing hurt. "I give him all the credit in the world for coming out," the coach said of Wilson, who played in pain but was limited in minutes because of it.