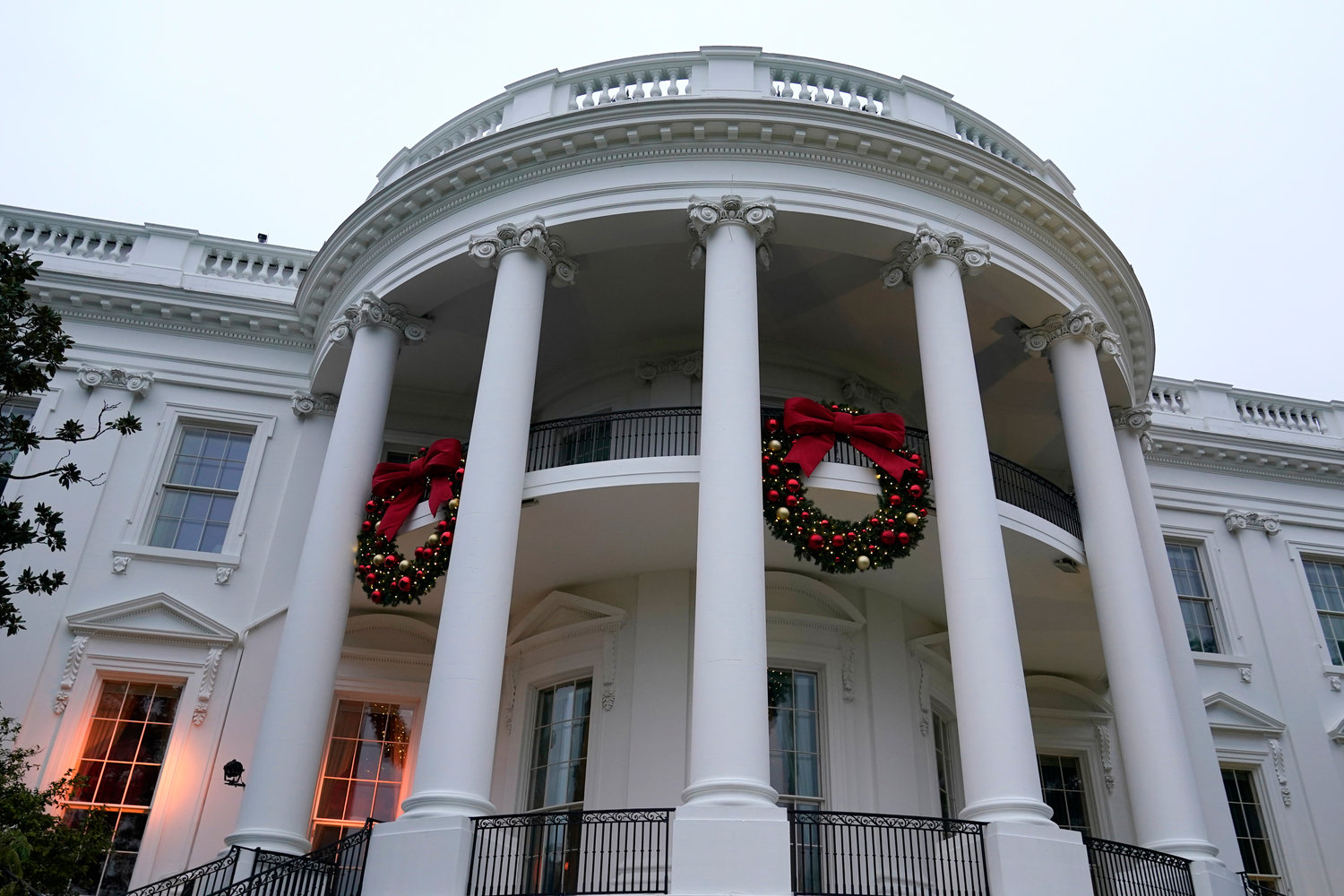 WASHINGTON  — Drawing decorating inspiration from America's founding documents, Jill Biden chose a “We the People” theme to deck the White House halls and to remind Americans of what unites them throughout the year, especially during the holidays.

As part of Joining Forces, her White House initiative to support military families, Biden will be joined by National Guard leaders from across the country, as well as National Guard families. Her late son, Beau Biden, was a major in the Delaware Army National Guard.

“The soul of our nation is, and always has been, ‘We the People,’” she says in prepared remarks released by the White House. “And that is what inspired this year's White House holiday decoration.”

The decorations include more than 83,000 twinkling lights on trees, garlands, wreaths and other displays, 77 Christmas trees and 25 wreaths on the exterior of the executive mansion.

“The values that unite us can be found all around you, a belief in possibility, optimism and unity,” Biden says in her prepared remarks. “Room by room, we represent what brings us together during the holidays and throughout the year.”

A new addition this year is a menorah, used in Jewish worship, that was built by White House carpenters from wood that was removed during a Truman-era renovation. The menorah is located on the State Floor.

Some 50,000 visitors are expected to pass through the White House during the holidays, including tourists and guests invited to various receptions. Among them will be French President Emmanuel Macron, who is scheduled to meet with President Joe Biden on Thursday and be honored that evening at a White House state dinner, the first of the Biden administration.

More than 150 volunteers began decorating the interior and the exterior of the White House last week and continued through the Thanksgiving holiday. Planning began in the spring.

Illustrations of the family pets — dog Commander and cat Willow — can be found in the Vermeil Room, where the décor represents different ways of showing kindness and gratitude.

In the Blue Room, the official White House Christmas tree — an 18 1/2-foot Concolor fir from Auburn, Pennsylvania — is decorated to represent unity and hope with handmade renderings of the official birds from all 57 territories, states and the District of Columbia.

The State Dining Room is dedicated to the next generation — children — and trees there are decorated with ornaments that are self-portraits of the students of the 2021 Teachers of the Year, “ensuring that children see themselves” in the décor, the White House said.

Hanging from the fireplace in the State Dining Room are the Biden family Christmas stockings.

“We the People” are celebrated in the Grand Foyer and Cross Hall on the State Floor, where metal ribbons also are inscribed with the names of all the states, territories and the District of Columbia.

“Mirrored ornaments and reflective surfaces ensure that visitors can see themselves in the décor, noting that the strength of our country — the Soul of our Nation — comes from ‘We the People,’” the White House said.

The White House noted that the holiday guide book visitors will receive was designed this year by Las Vegas-based Daria Peoples, who is Black. Peoples is a former elementary school teacher who has written and illustrated a series of picture books to support children of color, including those who have experienced race-based trauma.