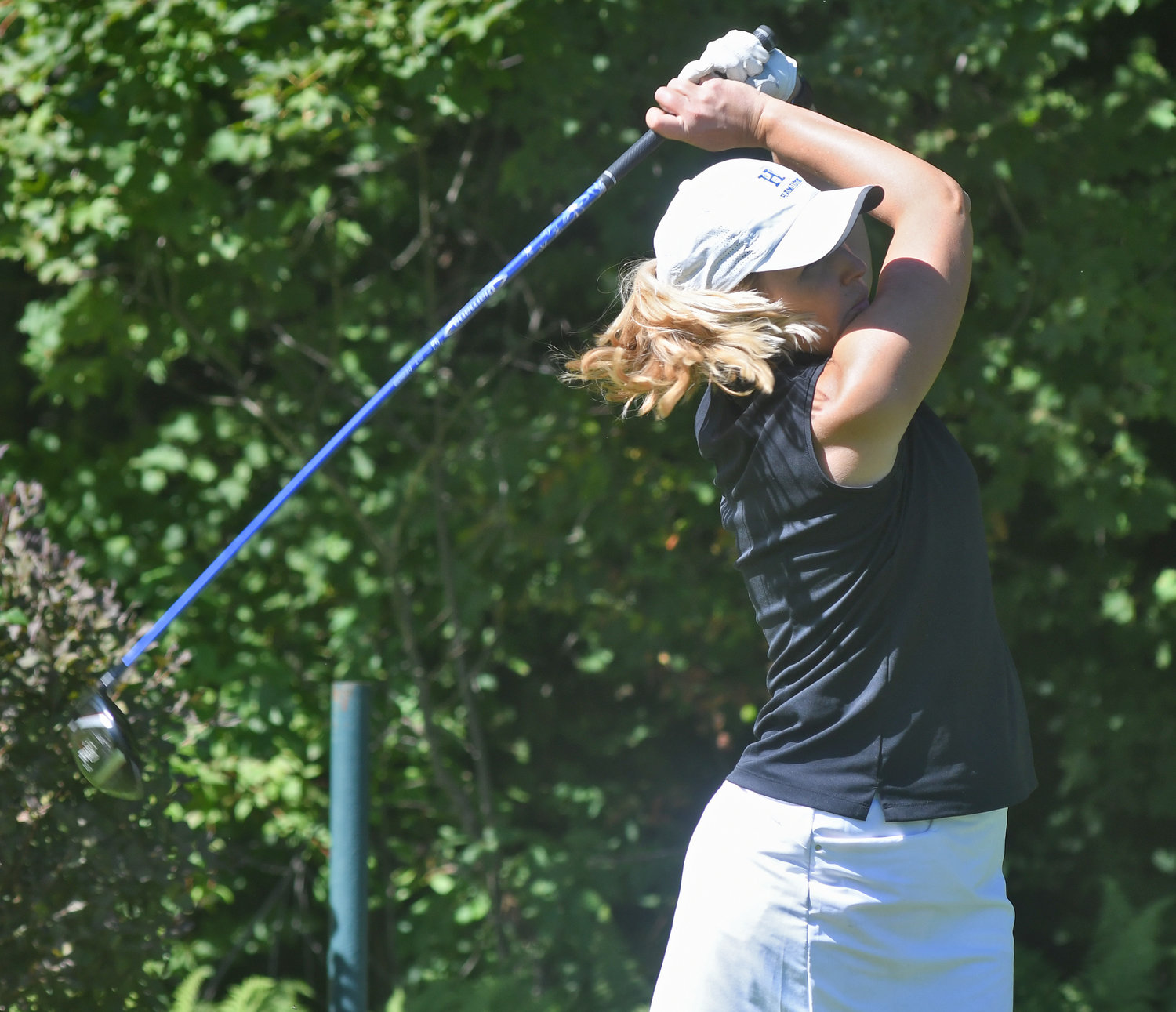 HOLDING THE FOLLOW THROUGH — Lauren Cupp tees off on the ninth hole at Rome Country Club on Monday morning at the Rome City Women’s Amateur Golf Tournament. Cupp won the Open Division shooting a 74.
(Sentinel photo by John Clifford) 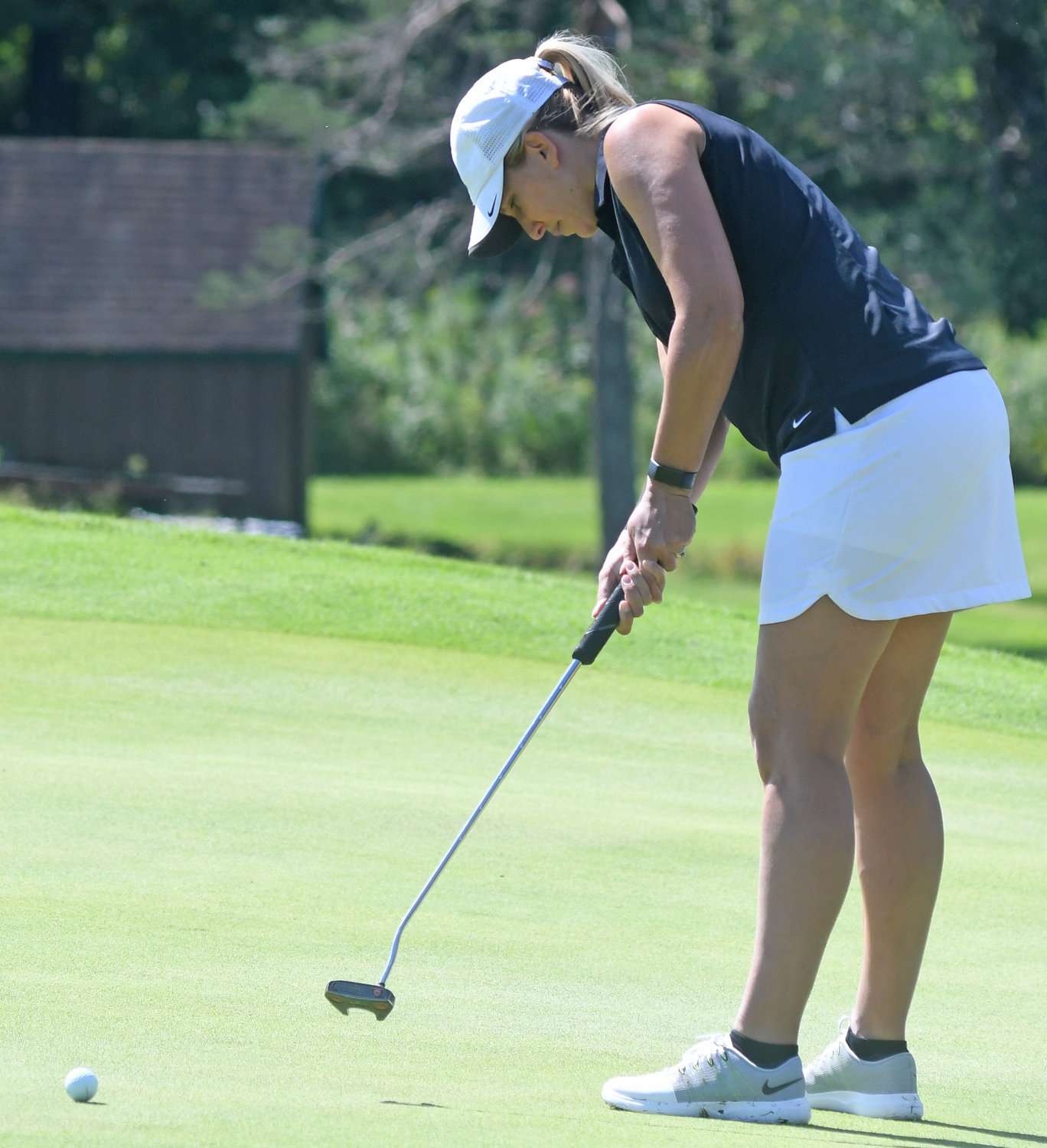 ON THE GREEN — Lauren Cupp putts for eagle on the ninth green at Rome Country Club. She just missed the eagle and settled for a tap in birdie to close out the front nine, on her way to shooting a 74 to win the Open Division during the Rome City Women’s Amateur Golf Tournament.
(Sentinel photo by John Clifford) 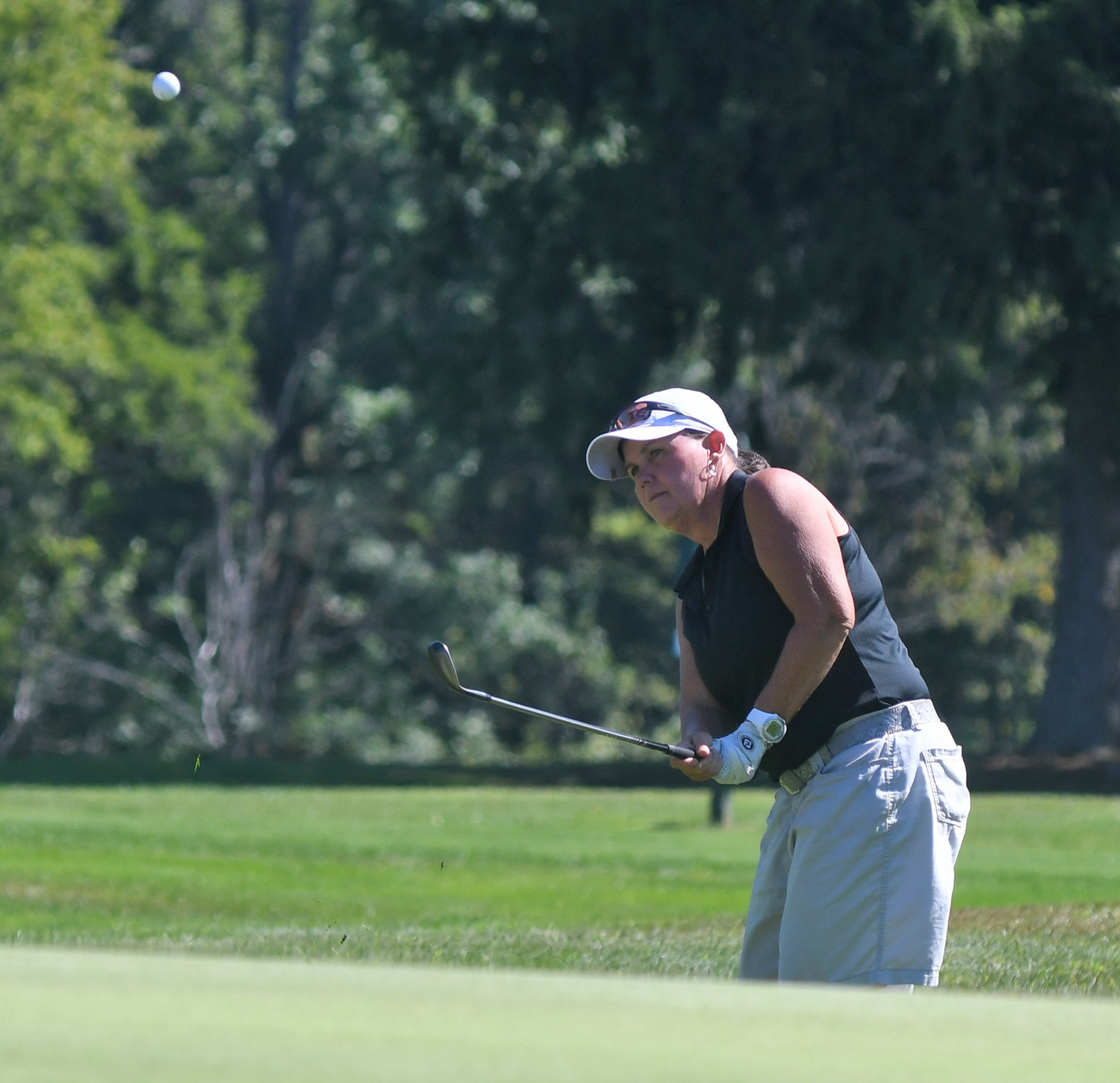 CHIPPING ON — Pennie Carlo chips to the eighth green at Rome Country Club during the Rome City Women’s Amateur Golf Tournament on Monday. Carlo shot a 77 for the tournament.
(Sentinel photo by John Clifford) 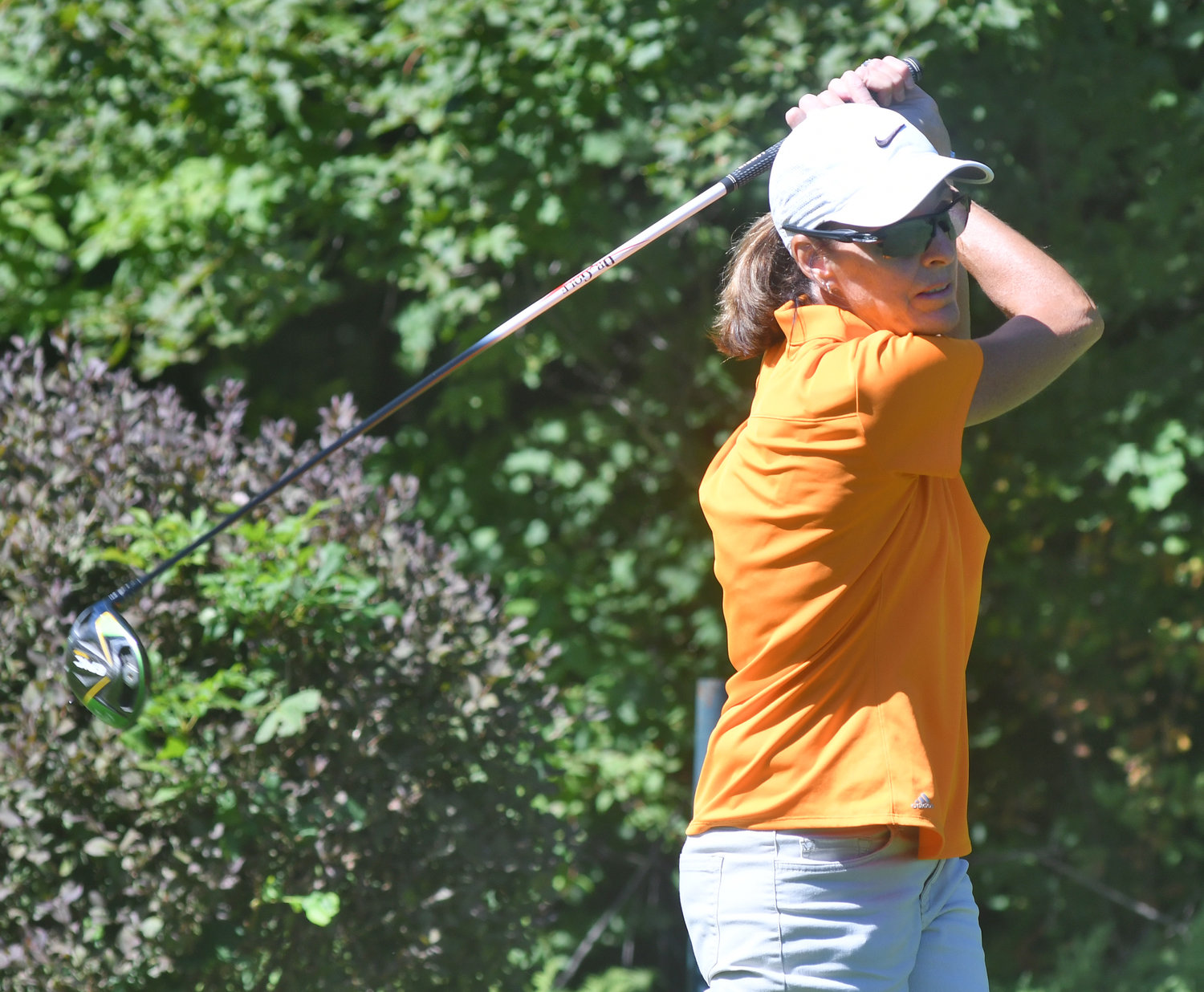 TEEING OFF — Teresa Cleland tees off on the ninth hole at Rome Country Club on Monday morning during the Rome City Women’s Amateur Golf Tournament. Cleland shot a 77 for the tournament.
(Sentinel photo by John Clifford)
Previous Next
Posted Tuesday, September 1, 2020 12:00 pm

Watkins fired an even par 71 for the tournament, which had 28 players.

“This was the most competitive field that there’s ever been,” Cupp said. “We’re gaining some steam with the tournament. The golf game is growing because it’s one of the only sports we can do right now.”

Cupp said that overall she’s very happy with how she played for the tournament.

“I played nicely,” Cupp said. “I had a slow start and then I played nicely throughout the middle, and I finished with a few sluggish holes. But overall, I’m really happy with how I played.”

“Carina played outstanding,” Cupp said of the winner of the tournament.