The Waterville/Hamilton football team has a young squad for this fall season. 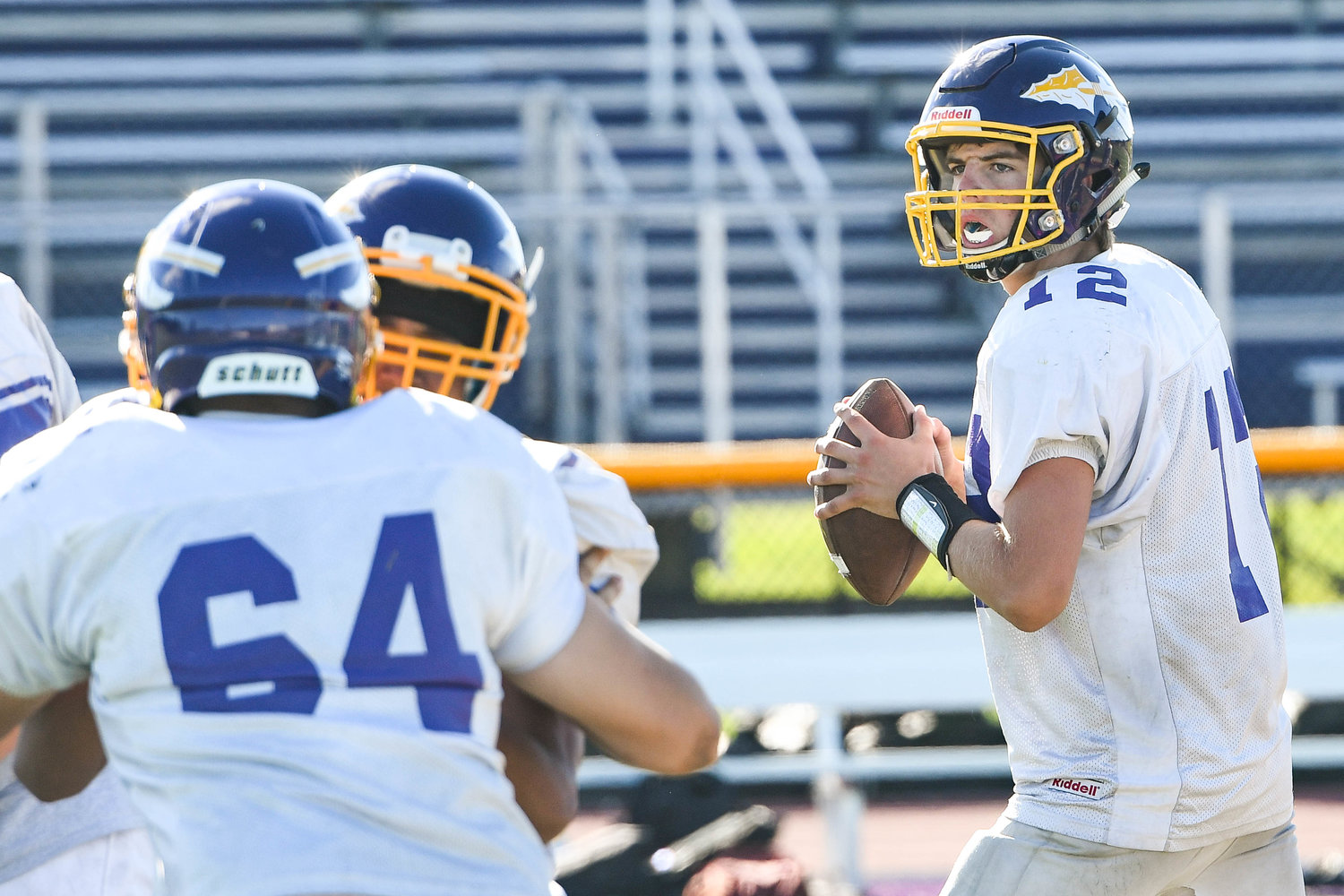 Waterville quarterback Kane Patterson prepares to throw a pass during practice earlier this month. Patterson is a key returning player for the team.
(Sentinel photo by Alex Cooper) 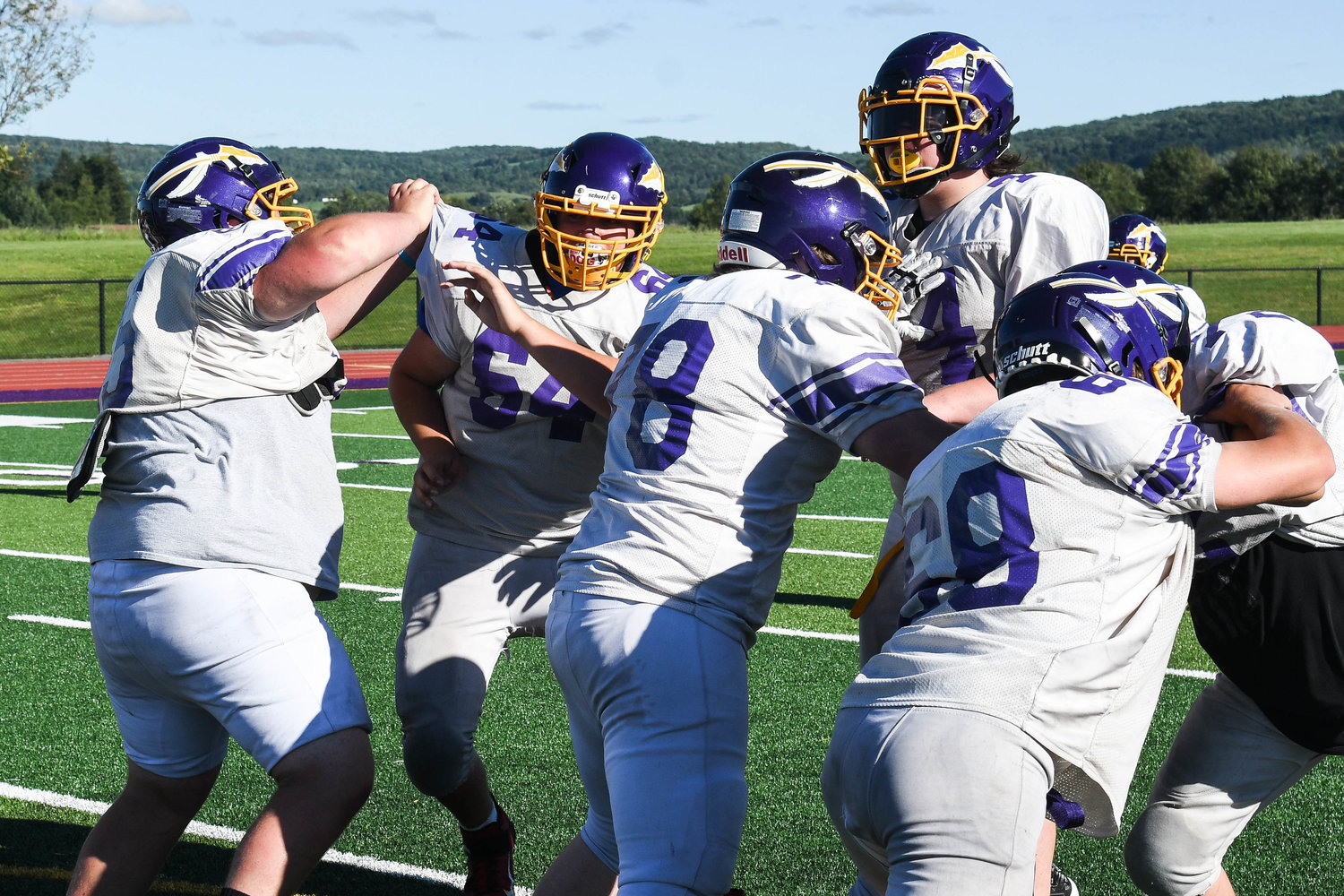 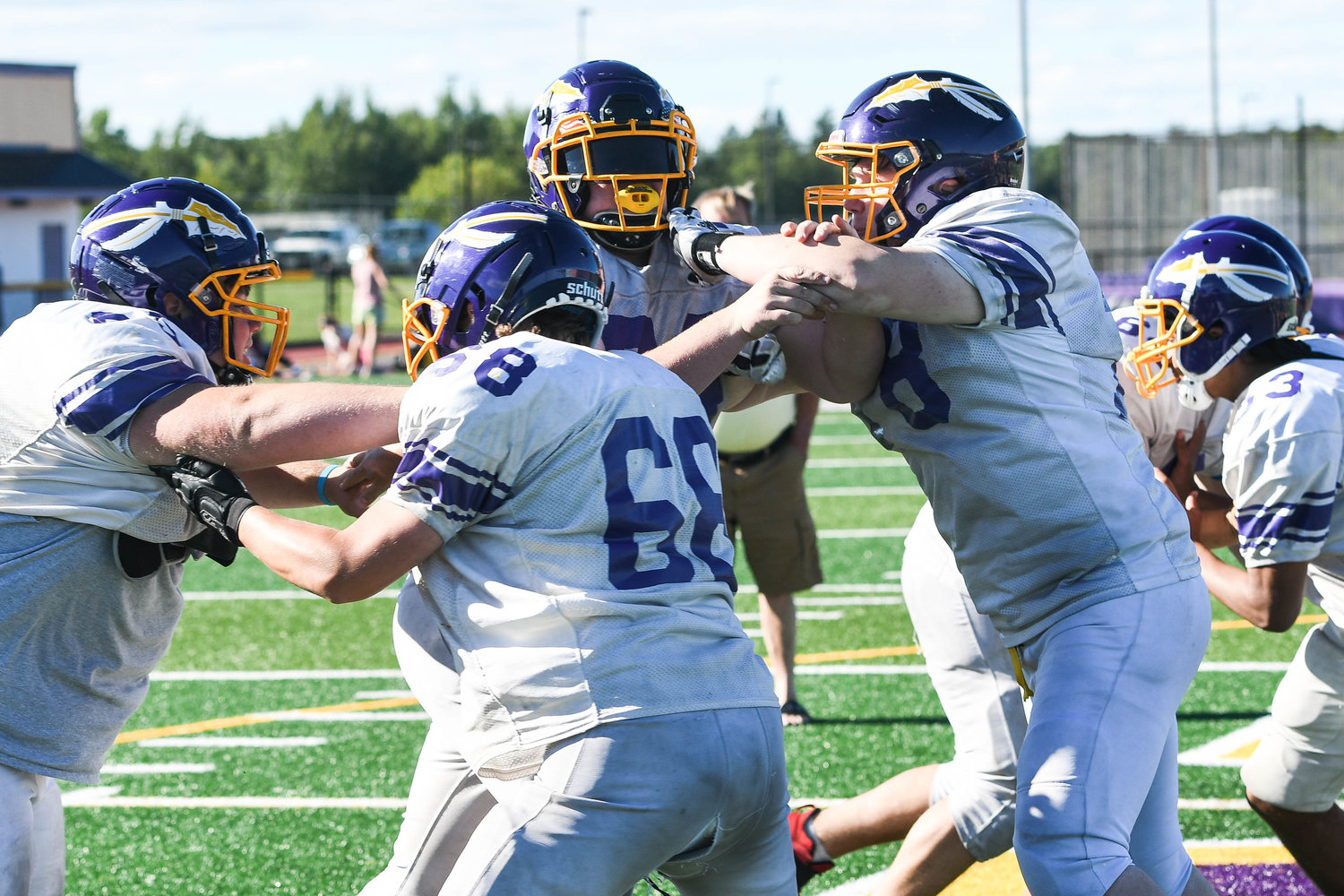 Waterville players work on blocking drills during practice. There are 14 sophomores on the team this fall, according to coach Michael Batson.
(Sentinel photo by Alex Cooper) 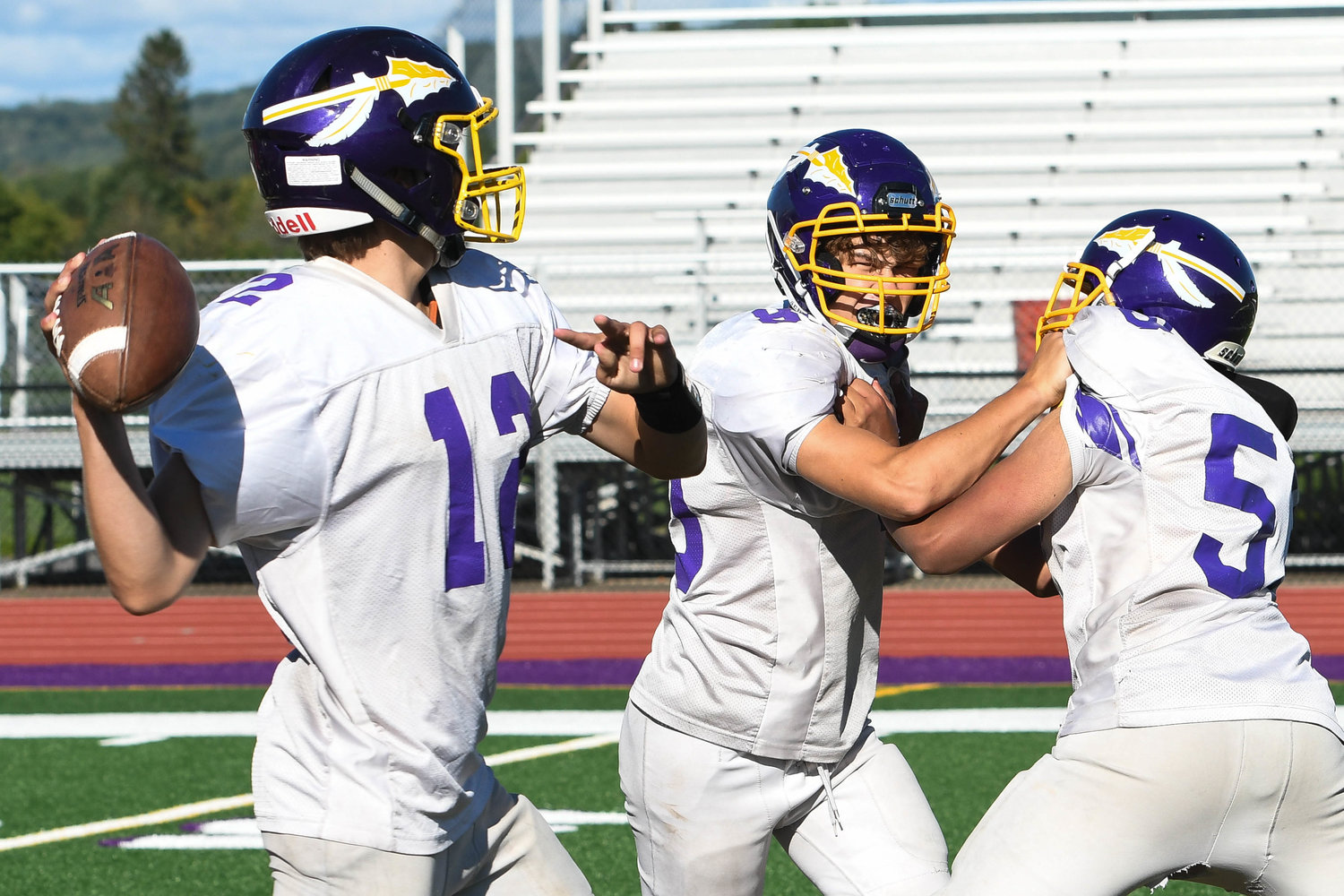 WATERVILLE — The Waterville/Hamilton football team has a young squad for this fall season.

As the team prepared to build on last year’s sub .500 season, there was some inconsistent play among the 25 players on the roster.

“We’re young,” said coach Michael Batson, who is in his sixth season leading the Class D squad. “We have good days and bad days. We’re just in the learning stages.”

There are 14 sophomores on the Waterville/Hamilton roster, according to Batson, and that could benefit the program in a few seasons.

For now, there are a good share of returners to the team. That includes about 10 players returning from last season, with seven seniors on the team. The most notable player is junior quarterback Kane Patterson, who returns to lead the offense that has multiple formations. The run is a key part of the offense, Batson noted.

As a sophomore last fall, Patterson threw for more than 600 yards and five touchdowns.

Also returning for Waterville/Hamilton is running back Nate Pryputniewicz, who was among eight players to run the ball last fall. He was one of three players with 30 or more carries.

“They are very key,” Batson said. “They’ll be heavily relied upon.”

The team will be looking to replace quarterback/defensive back Zach LaFrance and running back/linebacker Adam Eastman.

Three seniors also return on the offensive line that should also benefit Waterville/Hamilton.

The seniors are Zach Abrams, Colvin Ertley and center Jesse Jandreau, who will help provide some experience on a line that is expected to include sophomores Chase Smith and Wayne Alexander.

While there isn’t as much depth for the team as Batson would like, the team has more speed than recent years. Batson noted the team is “smaller,” but didn’t elaborate.

Finishing at or above a .500 mark, would make Batson happy after a 3-4 record last fall. The team had a high mark in 2019 after advancing to the sectional title game and finishing with a 7-4 record.

There was a bit of movement in Class D for this season. Notably, schools such as Little Falls, Mount Markham and Sherburne-Earlville moved in from Class C. And, Adirondack moved out of Class D and into C. There are two opponents from last season on the schedule for the team, which is part of the Class D East. One is defending sectional champ Dolgeville, which earned a lopsided shutout win last fall. Though, Dolgeville is without a handful of starters from that team.

“(Class D) is real challenge because we’re the small school still going and not in 8-man,” Batson said. “The bigger schools are moving down. We have all these C schools that are all in our league now. It makes it difficult.”