Watch out for deer, moose on roadways this fall

The end of the year is breeding season for deer and moose, and state officials want you to be on the lookout for more active animals on area roadways.

Watch out for deer, moose on roadways this fall 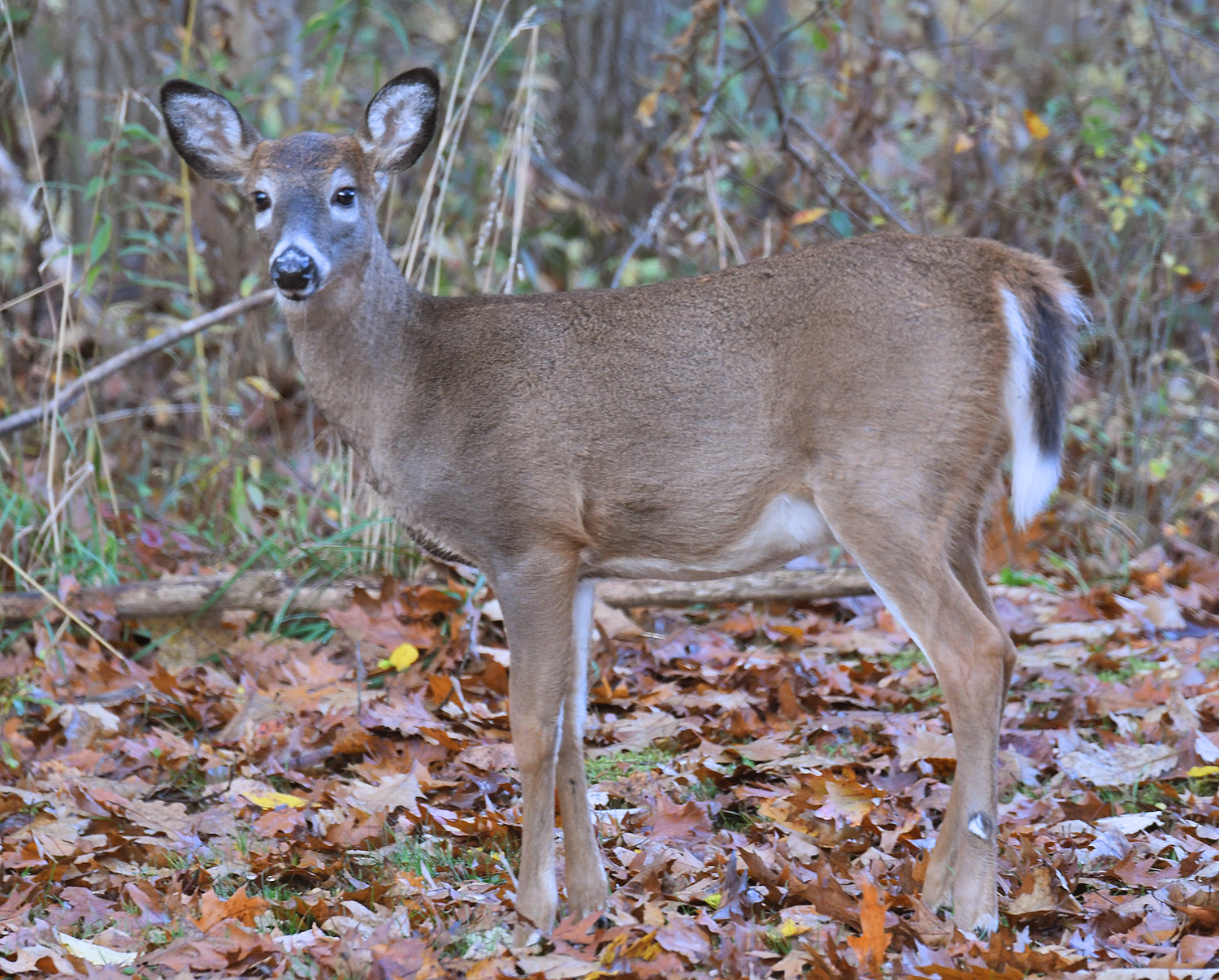 A deer looks over its shoulder off Golden Avenue in Rome on Thursday, Oct. 27. Officials are reminding drivers that the fall months is also breeding season for deer and moose, making them more active. Roughly 41% of all crashes between a deer and a vehicle in 2021 occurred during October, November and December.
(Sentinel photo by John Clifford)
Posted Friday, October 28, 2022 6:23 am

The end of the year is breeding season for deer and moose, and state officials want you to be on the lookout for more active animals on area roadways.

Officials with the Department of Motor Vehicles and the Department of Environmental Conservation said the months of October, November and December are breeding season, so deer and moose are expected to be more visible. Roughly 41% of all crashes between a deer and a vehicle in 2021 occurred during this three-month period, according to the Institute for Traffic Safety Management and Research at the University of Albany.

“New York’s roadways are as beautiful as ever during the fall months, but it’s also when deer and moose are more active so motorists must drive with extra caution to help avoid a collision,” said Mark J.F. Schroeder, DMV commissioner and chair of the Governor’s Traffic Safety Committee.

“Watch for deer crossing signs along roadways, as they indicate deer have been seen at that location and have collided with cars there. Those signs are meant to warn you to be extra cautious when driving through such locations.”

Motorists should be aware animals are especially active at dawn and dusk when visibility may be reduced and commuter traffic may be heavy.

Advice to reduce your chances of hitting a deer or moose:

Decrease speed when you approach deer near roadsides. Deer can “bolt” or change direction at the last minute.

If you see a deer go across the road, decrease speed and be careful. Deer often travel in groups, so expect other deer to follow.

Use emergency lights or a headlight signal to warn other drivers when deer are seen on or near the road.

Use caution on roadways marked with deer crossing signs.

Use extreme caution when driving at dawn or dusk, when animal movement is at its highest and visibility is reduced.

If encountering an animal on the roadway, brake firmly but do not swerve. Swerving can cause a collision with another vehicle, a tree, a pole, or other objects. If an animal is hit, DEC advises motorists to stay away from the animal. A frightened, wounded deer or moose could use its powerful legs and sharp hooves to cause harm.

“The fall season is a peak time for wildlife activity across New York, especially for deer and moose who can cross roadways and create the potential for an accident,” said DEC Commissioner Basil Seggos.

“Regardless of where you live, all motorists should keep an eye out and be aware that wildlife can cross their paths.”

Advice for if you strike or encounter an animal:

Move your vehicle to a safe place. If possible, pull over to the side of the road, and turn on hazard lights. If leaving the vehicle, stay off the road and out of the way of any oncoming vehicles. If a collision occurs at dusk or dawn, please remember traffic visibility could be reduced.

Call the police. Alert authorities if the animal is blocking traffic and creating a threat for other drivers. If the collision results in injury, death, or more than $1,000 in property damage, you must fill out an official crash report and send it to the DMV.

Don’t assume your vehicle is safe to drive. Look for leaking fluid, loose parts, tire damage, broken lights, a hood that won’t latch and other safety hazards. If your vehicle seems unsafe in any way, call for a tow truck.

Early fall is the breeding season for moose in northern New York, and moose wander looking for mates, leading them to areas where they are not typically seen. While this improves the opportunities for people to enjoy moose sightings, it also increases the danger of colliding with one on the roadway.

Moose are much larger and taller than deer. Their large body causes greater damage, and, when struck, their height often causes them to impact the windshield of a car or pickup truck, not just the front of the vehicle. Moose are especially difficult to see at night because of their dark brown to black coloring and their height — which puts their head and much of their body above vehicle headlights.

For more information on both deer and moose, visit the DEC’s website at www.dec.ny.gov.