REVIEW: War has never looked as bleak as in “All Quiet on the Western Front”

If you need another reminder that war is hell, Netflix is now streaming a gripping and hauntingly beautiful new adaptation of “All Quiet on the Western Front.”

REVIEW: War has never looked as bleak as in “All Quiet on the Western Front” 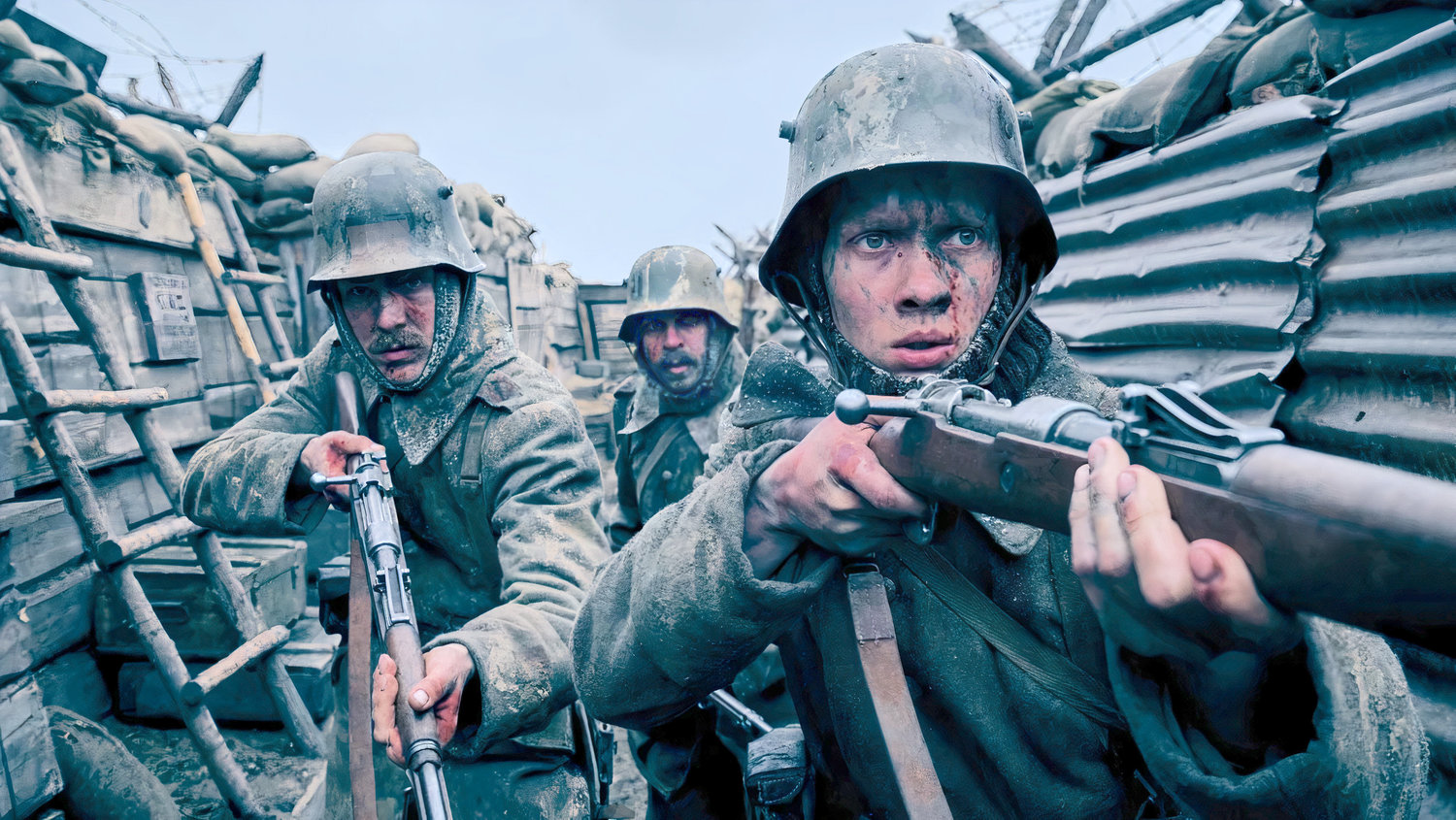 Scene from “All Quiet on the Western Front”
(Photo submitted)
Posted Sunday, November 6, 2022 6:40 am
More information

Title: “All Quiet on the Western Front”

If you need another reminder that war is hell, Netflix is now streaming a gripping and hauntingly beautiful new adaptation of “All Quiet on the Western Front.”

Based on a 1929 classic German novel, “All Quiet on the Western Front” tells a harrowing and deeply truthful story about the pure hell that was fighting in the trenches of World War I. So if you like realistic war movies, this one gets down into the muck and the blood, never shying away from the horrors of war. It’s also told from a German soldier’s perspective, which is not something we usually see in American war movies.

The new movie tells the story of German infantry recruit Paul as he and his close friends ship out to the front lines at the tail end of World War I. They dream of being heroes of the Fatherland, only to very quickly learn that war is not a fairly tale and that Germany is losing. Meanwhile, as Paul and his friends die in the mud, the German elite take their sweet time signing an armistice.

“Western Front” is a brutal, painful movie that still provides an important message. Whether or not you enjoy this film will depend entirely on whether or not you can stomach this sort of film in the first place. There is death and brutality, blood and bodies; one would begin to think they filmed in an actual war.

The realism is second to none. Hollywood and beyond have been making war movies for decades, so maybe they all use the same props and filming locations. Whatever the case may be, the movie looks great, from the scenery to the equipment to the mud caked on the actors’ faces.

The young actors playing the soldiers can be hard to tell apart at times, but they no less give great performances as their innocence is stripped away and their minds are hollowed out from what they have to do to survive. Do not expect a happy ending for any of them.

The story of the movie is told quite well. There is a very clear distinction between Paul and his mates huddled up in the trenches to the German commanders in their posh train cars and palatial offices, deciding whether or not to sign a piece of paper. “All Quiet on the Western Front” never shies away from its message, but it also never beats you over the head with it.

The film is in German with subtitles, though the English dubbed version works perfectly well if you’d prefer.

“All Quiet on the Western Front” is as beautiful as it is horrible. It’s as truthful as it is painful. It’s as timeless as it is immediate.

It’s also just a really brutal and depressing movie, and one has to be in the right state of mind to watch.

“All Quiet on the Western Front” is primarily streaming on Netflix, though it is available to watch in certain theaters.

For more discussion on the movie, tune in to the Sentinel Cinema podcast at www.ursentinel.com/podcasts.