A 63-year-old man is accused of stealing a wallet while at Walmart in Rome. 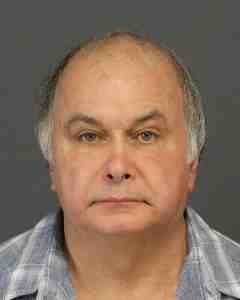 ROME — A 63-year-old man is accused of stealing a wallet while at Walmart in Rome, according to the Oneida County Sheriff's Office.

Sheriff's deputies said Philip C. Domenico, of Rome, stole another person's wallet while in Walmart on Rome-Taberg Road on Aug. 19. Following an investigation, deputies said Domenico was identified as the alleged thief and he was taken into custody on Friday.

Domenico is charged with one count of felony fourth-degree grand larceny, authorities said. He was released on an appearance ticket for Rome City Court.