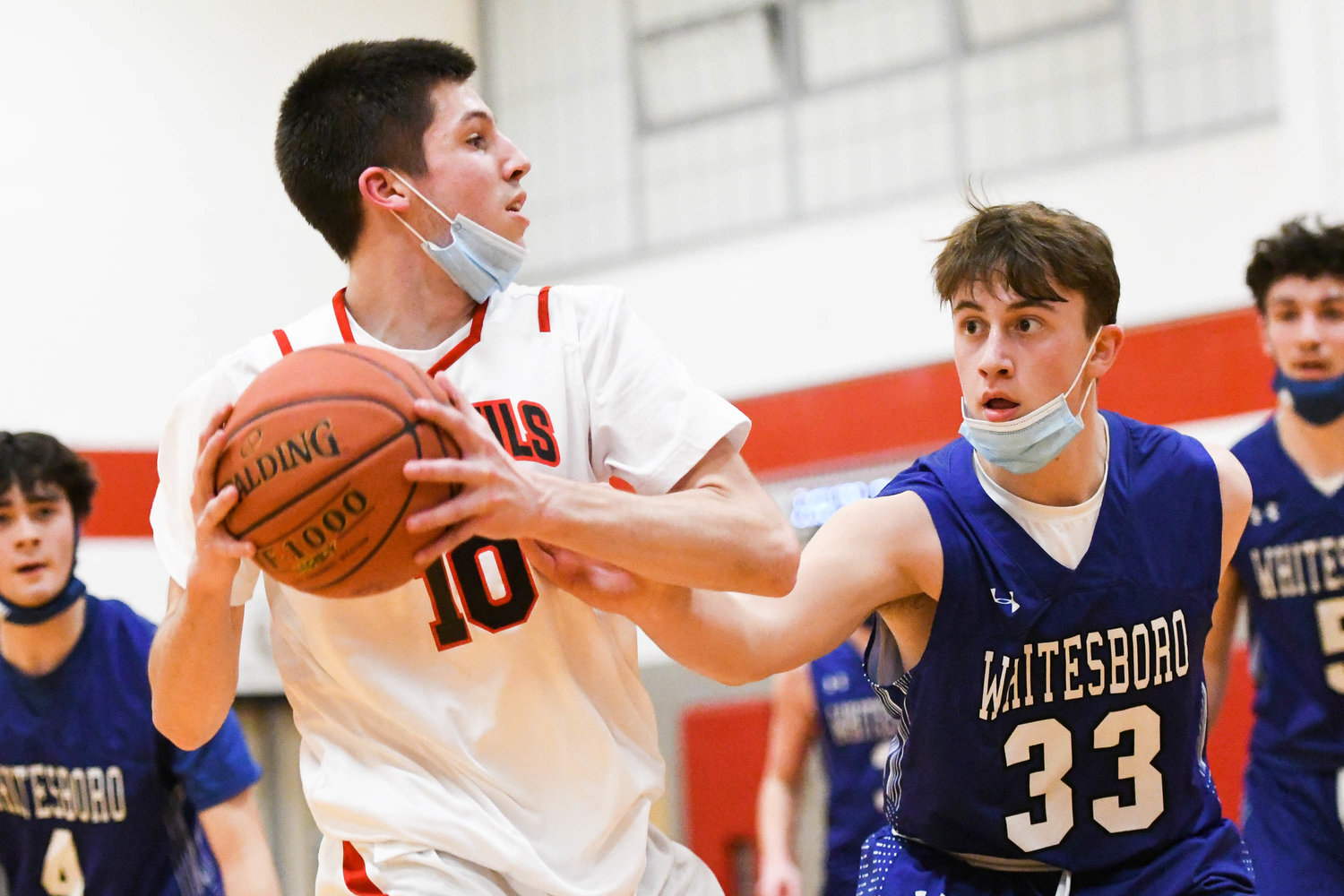 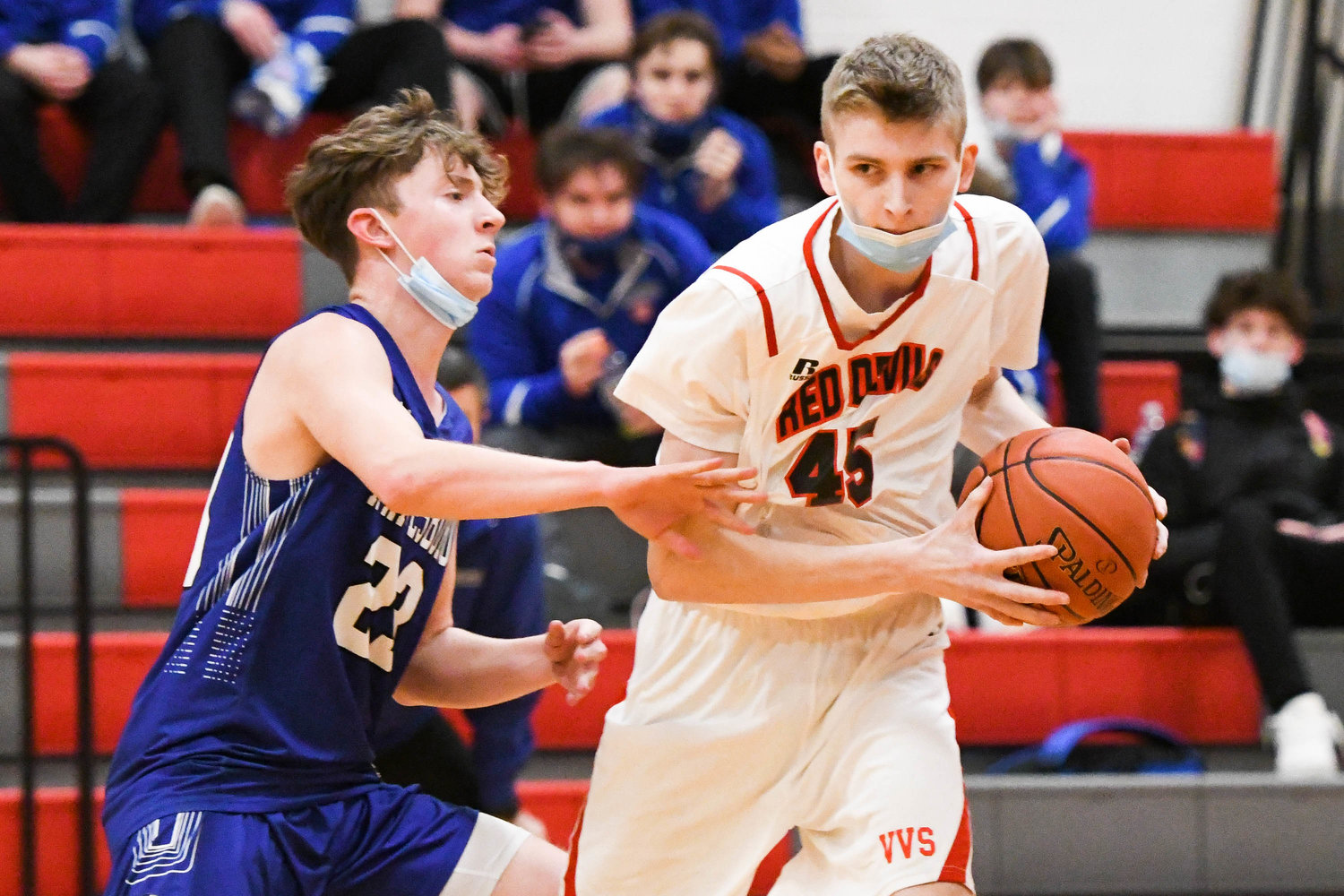 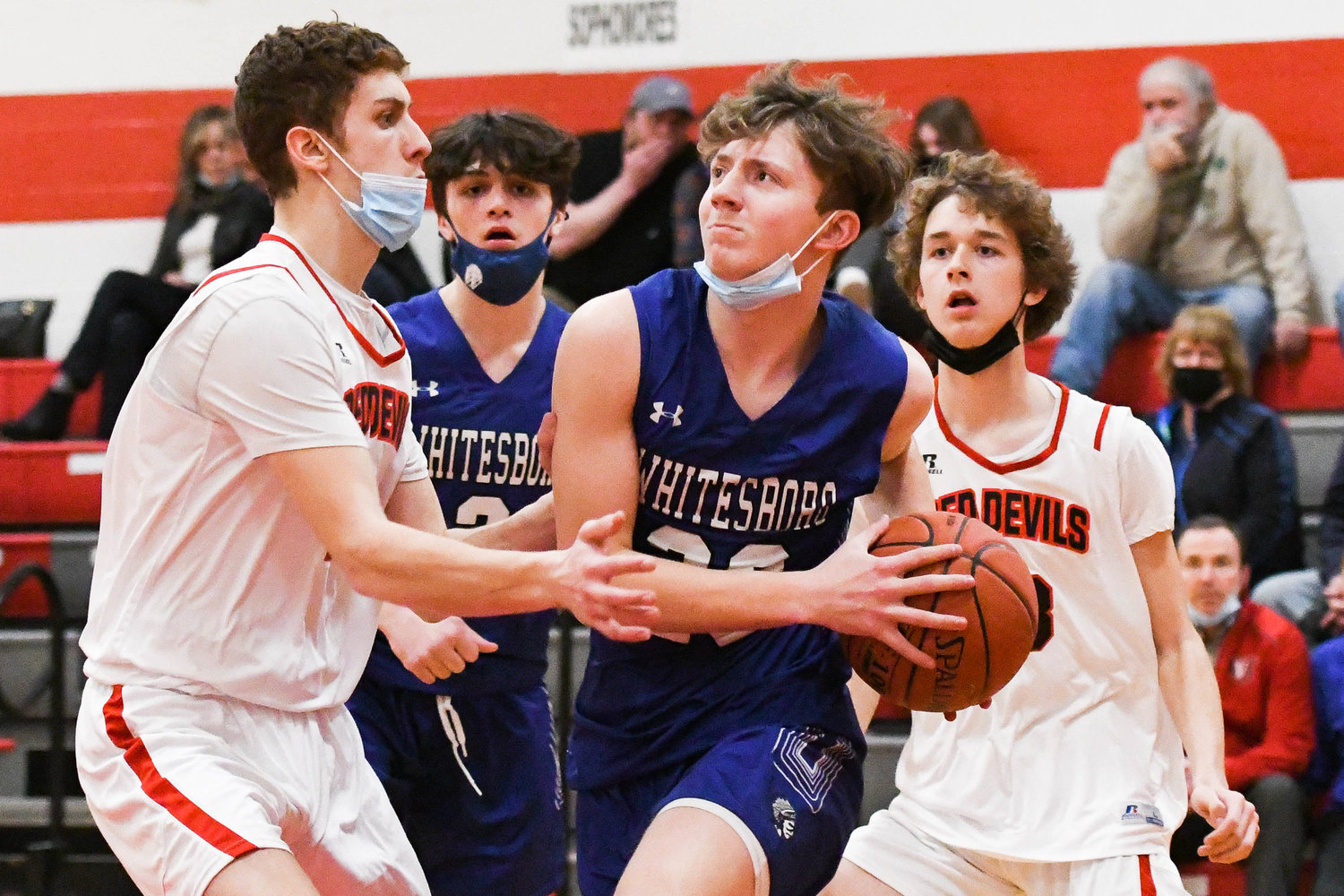 The Vernon-Verona-Sherrill boys basketball team trailed by 11 at the half but used a 21-point third quarter to get a home win, 48-47, over Tri-Valley League foe Whitesboro Thursday.

VVS scored 10 in the first quarter and 10 more in the second but trailed 31-20 at the break. Then the Red Devils’ offense came to life with 21 points in the third to cut the Warriors’ lead to one headed into the fourth. There both defenses clamped down, with VVS outscoring Whitesboro seven to five to get the win.

VVS plays at Clinton at 7 p.m. Tuesday in non-league play to end the regular season.

Whitesboro hosts Camden at 7 Monday night in the TVL.

The Oriskany boys basketball team defeated Remsen 70-48 on the road Thursday, with Jack Tamburino pouring in 25 points in the Center State Conference.

Ty Zizzi scored 12 and had 10 assists for one of Oriskany’s two double-doubles. Nick Hays scored 10 and grabbed 10 rebounds.

Oriskany led 41-26 at halftime then outscored Remsen 18-7 in the third quarter to pull away.

Oriskany hosts Hamilton at 7:30 p.m. Monday in the league to end the regular season.

Remsen visits Waterville for a 1:30 p.m. start today for a non-league game to end the season.