The Oneida Area Civic Chorale will present “An American Christmas”, a collection of both contemporary and traditional Christmas music, on Sunday, Dec. 4. 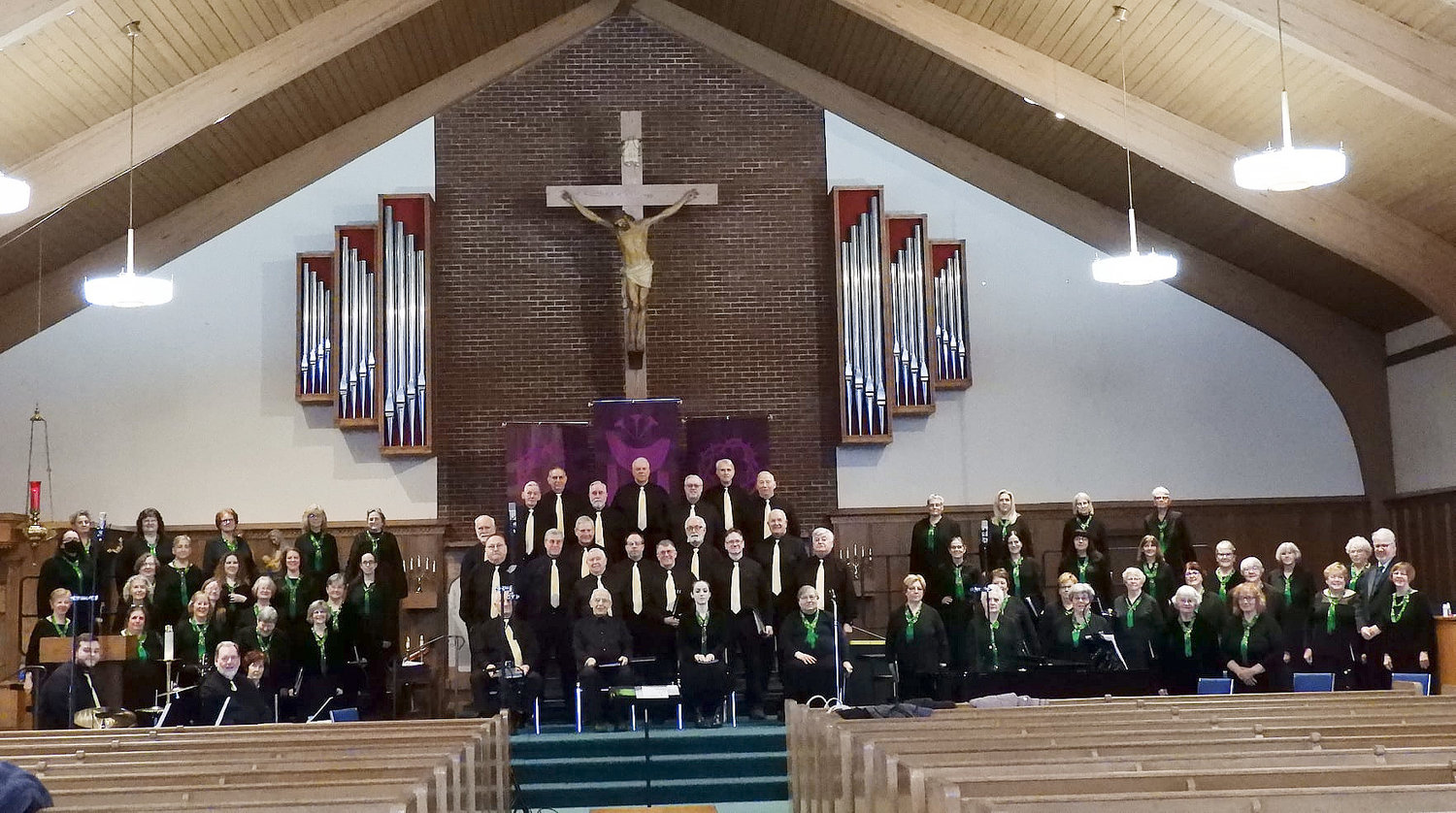 Tickets for the concert are $10 and can be purchased from Chorale members. Tickets are also available at the door and can also be purchased on the Chorale website at www.oneidachorale.org through EventBrite.

The Oneida Area Civic Chorale will present “An American Christmas”, a collection of both contemporary and traditional Christmas music, on Sunday, Dec. 4 at 4 p.m. in the VVS High School Auditorium.

The program will open with “Do You Hear What I Hear”, which was written in 1962 by Noel Regney and Gloria Shayne as a plea for peace during the Cuban Missile Crisis. Some of the familiar pieces that will be performed include “White Christmas”, “Sleigh Ride”, “It Came Upon the Midnight Clear” and “Let It Snow, Let It Snow, Let It Snow’.

“I Heard the Bells on Christmas Day” will be presented with a narration describing how Henry Wadsworth Longfellow wrote the poem that eventually became the beloved carol.

The 95 singers in this concert are under the direction of Mark Bunce, and accompanied on the piano by Heather O’Connell. Guest musicians for this concert include Liz Simchik, who will join the Chorale playing fiddle on several pieces, including the toe-tapping “Brightest and Best”; also playing will be Shawn DePalma on bass and Aaron Decker on percussion

As is tradition with Chorale Christmas concerts, the audience will be invited to join the Chorale in singing some favorite Christmas carols.