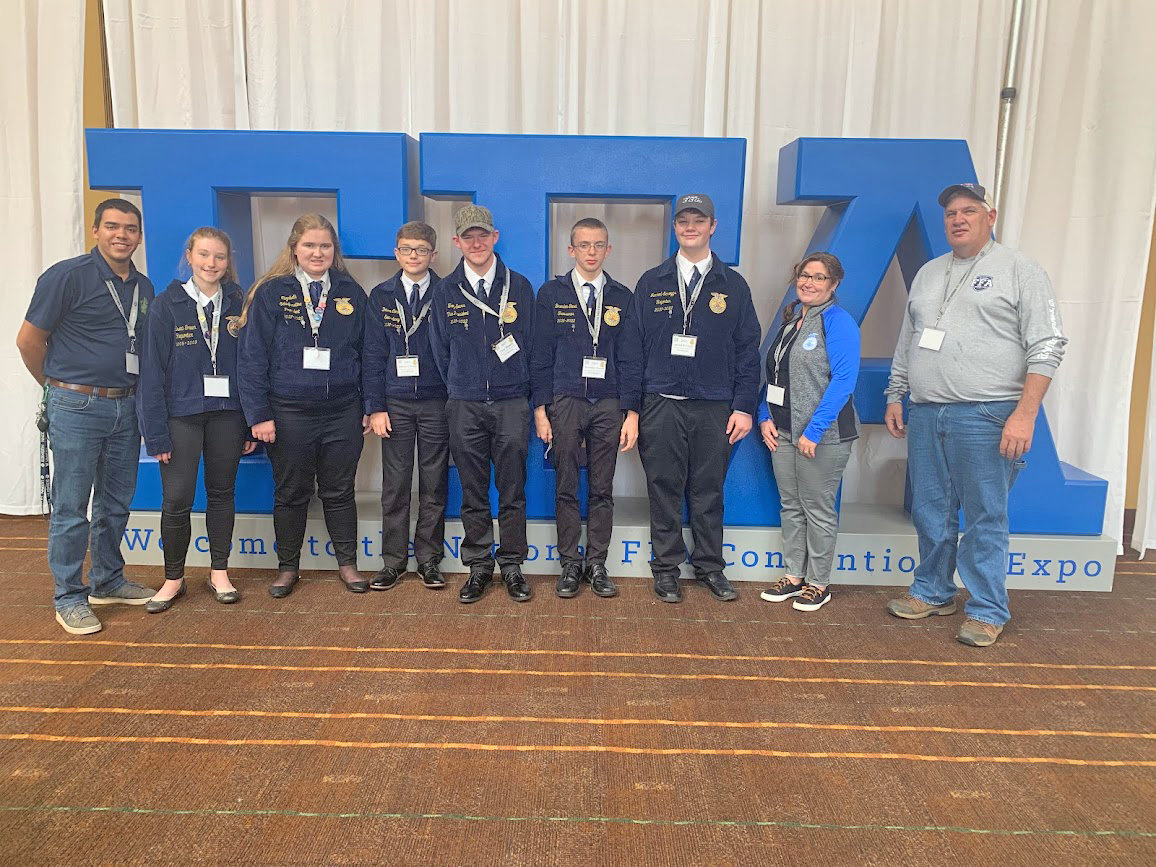 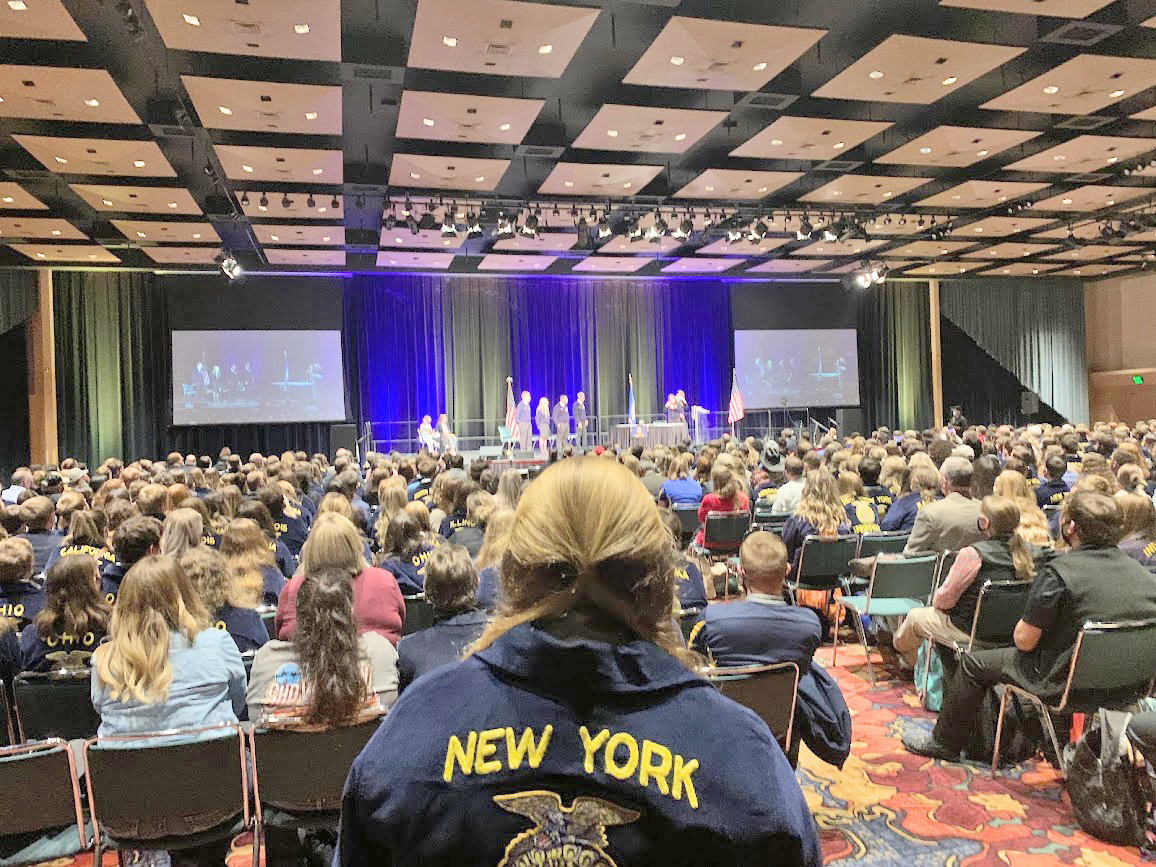 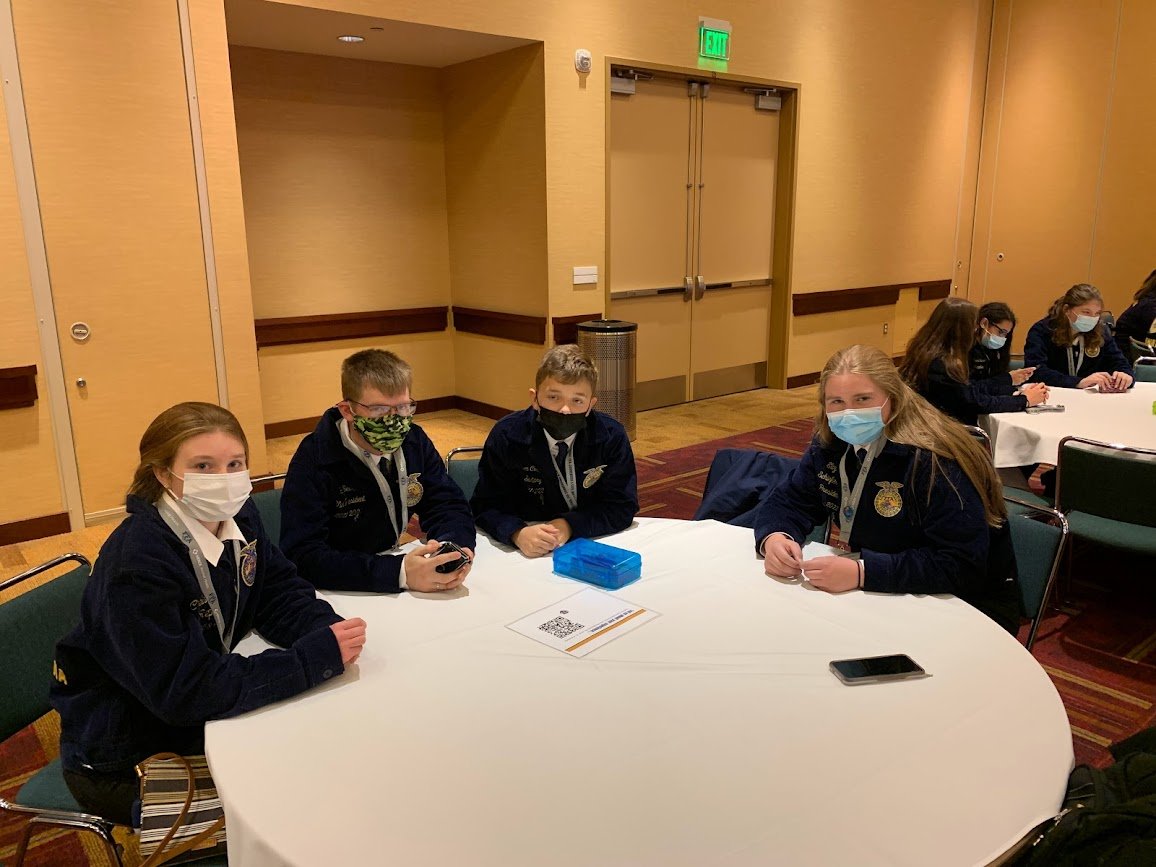 WORKSHOP — Members of the Vernon-Verona-Sherrill FFA, along with a Madison-Oneida BOCES student, attend a workshop at the National FFA Convention and Expo.
(Photo submitted)
Previous Next
Posted Friday, November 19, 2021 11:10 am

“The whole experience was awe inspiring,” said Chapter President Elizabeth Schieferstine, one of the VVS FFA students on the trip.

The VVS students engaged with peer members of FFA from high schools all over the country and participated in a variety of activities, including competitions, workshops, themed sessions, speeches and social activities, according to an announcement by district officials.

Students also had the opportunity to visit with representatives on site from companies and colleges across the country about programs of study and future careers in the farming, animal and agricultural industries.

The group attended a total of four sessions where they listened to the addresses of the national officers and remarks from Keynote Speaker Courtenay Dehoff, a cowgirl and television personality who dubs herself the “fancy lady cowgirl.”

Students also attended a variety of workshops ranging from Army veterinary careers to beekeeping. “I think my favorite part of the convention was watching the finals in parliamentary procedure. They just moved through the meeting effortlessly and each motion was carefully planned and performed,”
said Schieferstine.

There were many competitions, ranging from livestock judging to prepared public speaking, held over the course of the five-day event, according to the chapter announcement. The VVS group capped the week off by attending
The World’s Toughest Rodeo, an event held at the Indiana State Fair.