Effort aims to end child bedlessness in the Mohawk Valley 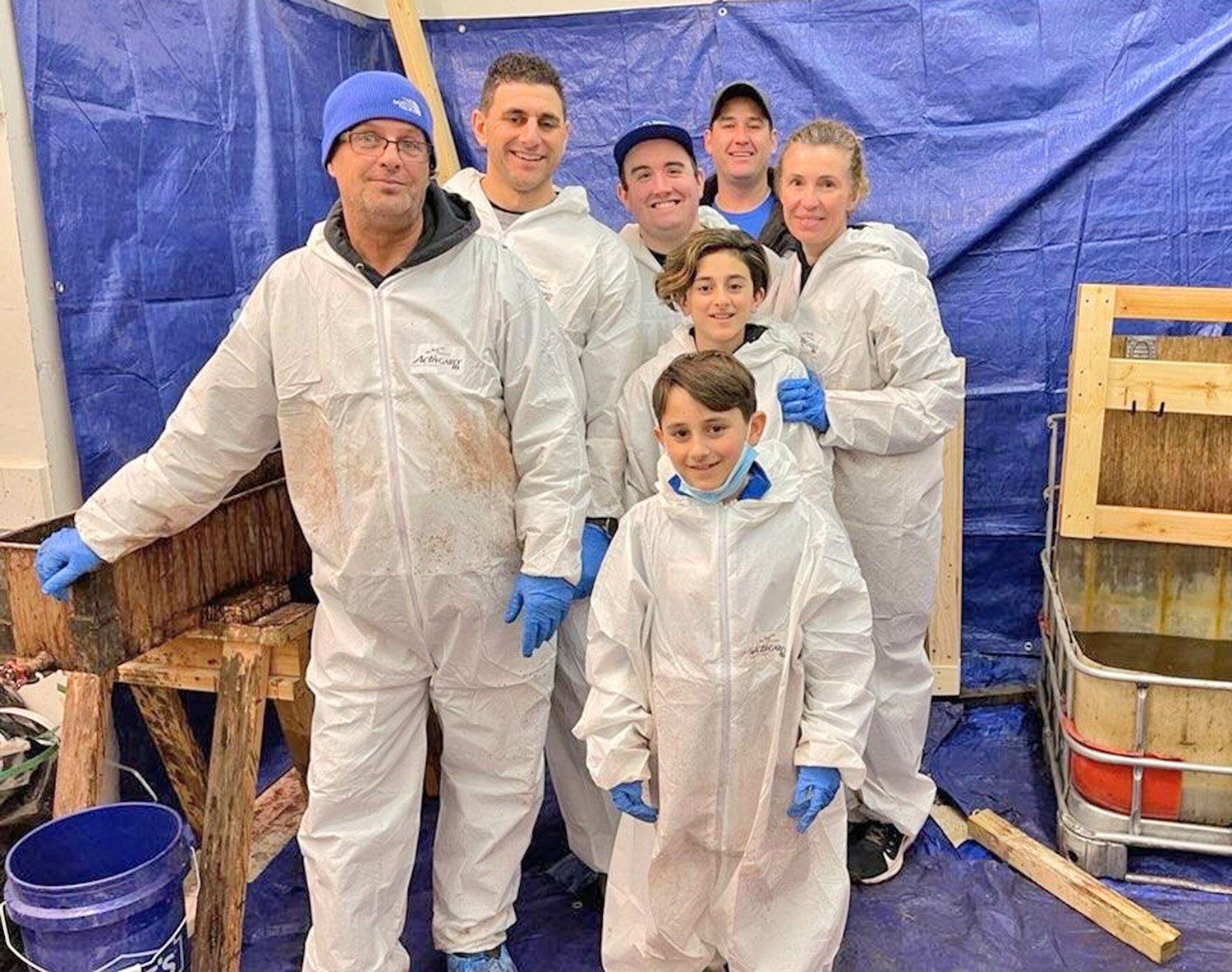 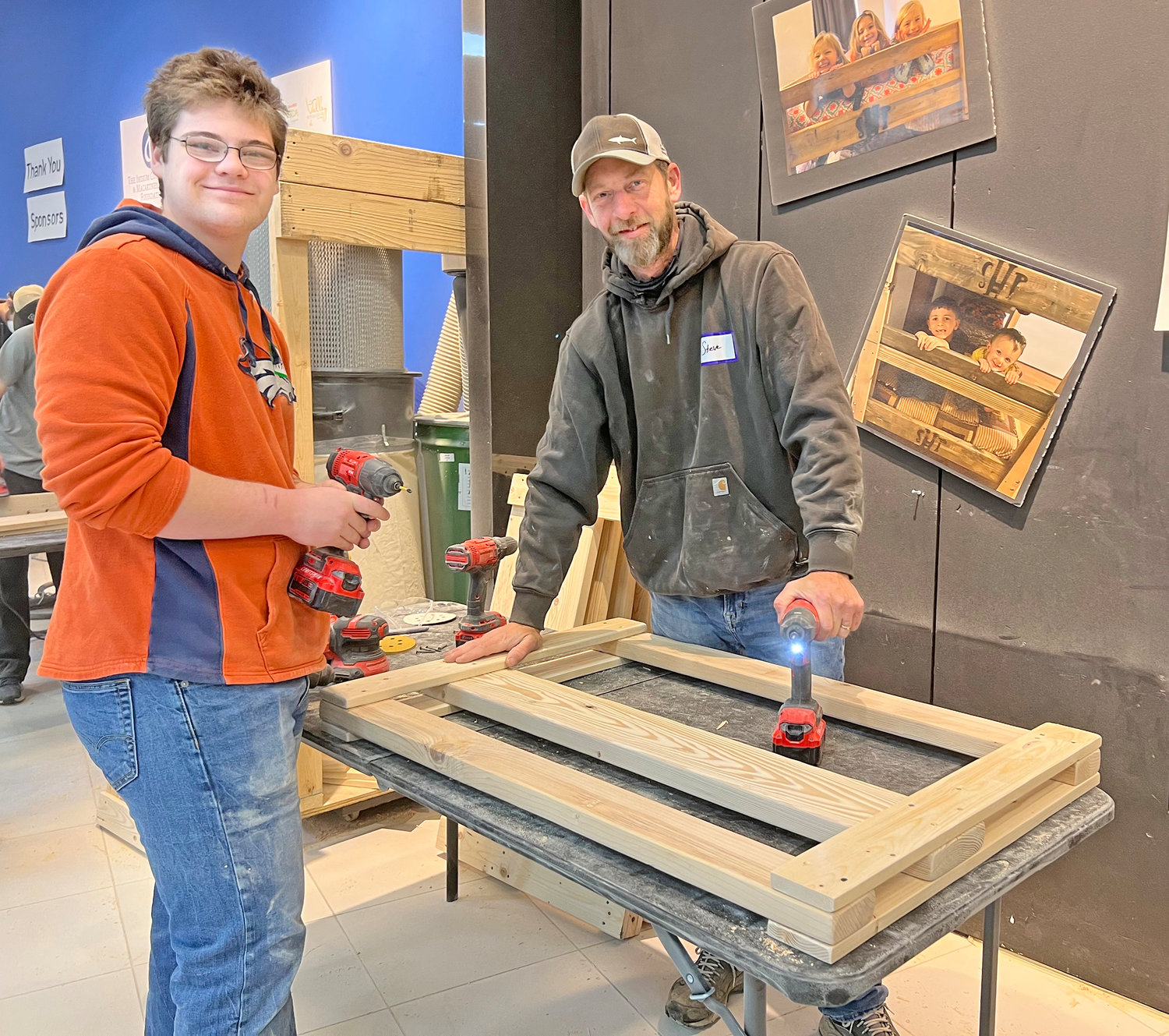 UTICA — Working together, the Utica chapter of Sleep in Heavenly Peace built almost 300 beds for children sleeping on floors in the Mohawk Valley.

Sleep in Heavenly Peace is a national non-profit dedicated to the plight of bedless children. Volunteers work with the community to help those in need get their own beds.

The Utica chapter of Sleep in Heavenly Peace held its first-ever mega build, with more than 400 community volunteers working from April 1 to April 3 to assemble a goal of 200 beds by Sunday.

With everyone working together, that goal was blown away, with 276 beds finished and ready to go.

“At the end of our second shift on Saturday, we had 219 beds done,” said Chapter President Steve Sperbeck. “Everything after that was just a bonus. We ended on 276 when we ran out of lumber.”

The need for beds in the community is tremendous, and Sperbeck said more than 100 people were on a waiting list before the event. So now the focus is shifting to shipping beds out and finding a home for the other 100 plus beds.

Sperbeck said it’s not
uncommon for people to react with disbelief when the need for beds in the community is brought up.

“There’s no official study, but Sleep in Heavenly Peace has been around for 10 years. And in their studies, it’s believed two to three percent of the population needs beds,” Sperbeck said.

“So take the population of Oneida and Herkimer counties and that’s a need for about 6,000 beds. There’s a real need that’s not being addressed by other organizations. And that’s where we come in,” Sperbeck added.

These beds are slated to go to children ages three to 17 and are all custom made —not store-bought. Volunteers worked to cut, sand, and assemble beds by hand over the first April weekend. Each bed comes with new bedding, including a pillow.

Altogether, it took 1,320 volunteer hours across 450 volunteers to build the beds. It also took:

Sperbeck said he started the Utica chapter after a golf tournament in Buffalo last year to benefit the Sleep in Heavenly Peace Buffalo Chapter. Sperbeck won the 50/50 raffle and began speaking with the chapter president and learning about what they do.

When Sperbeck looked, he found there wasn’t a chapter in his neck of the woods, and after a conversation with the Syracuse Chapter and a training session, Sperbeck founded the Utica chapter.

“It all came together within a month, and within six weeks, we were delivering,” he said. “We haven’t looked back since.”

Above all, Sperbeck is grateful for the community and how it’s helped them achieve their goal.

“Sleep in Heavenly Peace is all about the community helping the community,” he said. “As a non-profit, we live in donations. And whatever they give goes right back to the community. It all stays here. ... And this past weekend, we had 450 people show up to get dirty and sandy and did it with a smile on their faces. And they loved doing it. And that’s what it’s all about. Making something for the community and giving it right back.”

To learn more about SHP-Utica, how to donate, or become a volunteer, visit www.facebook.com/SHPutica or www.shpbeds.org/chapter/ny-utica.