The 47th World Series of Bocce was a family affair. ... 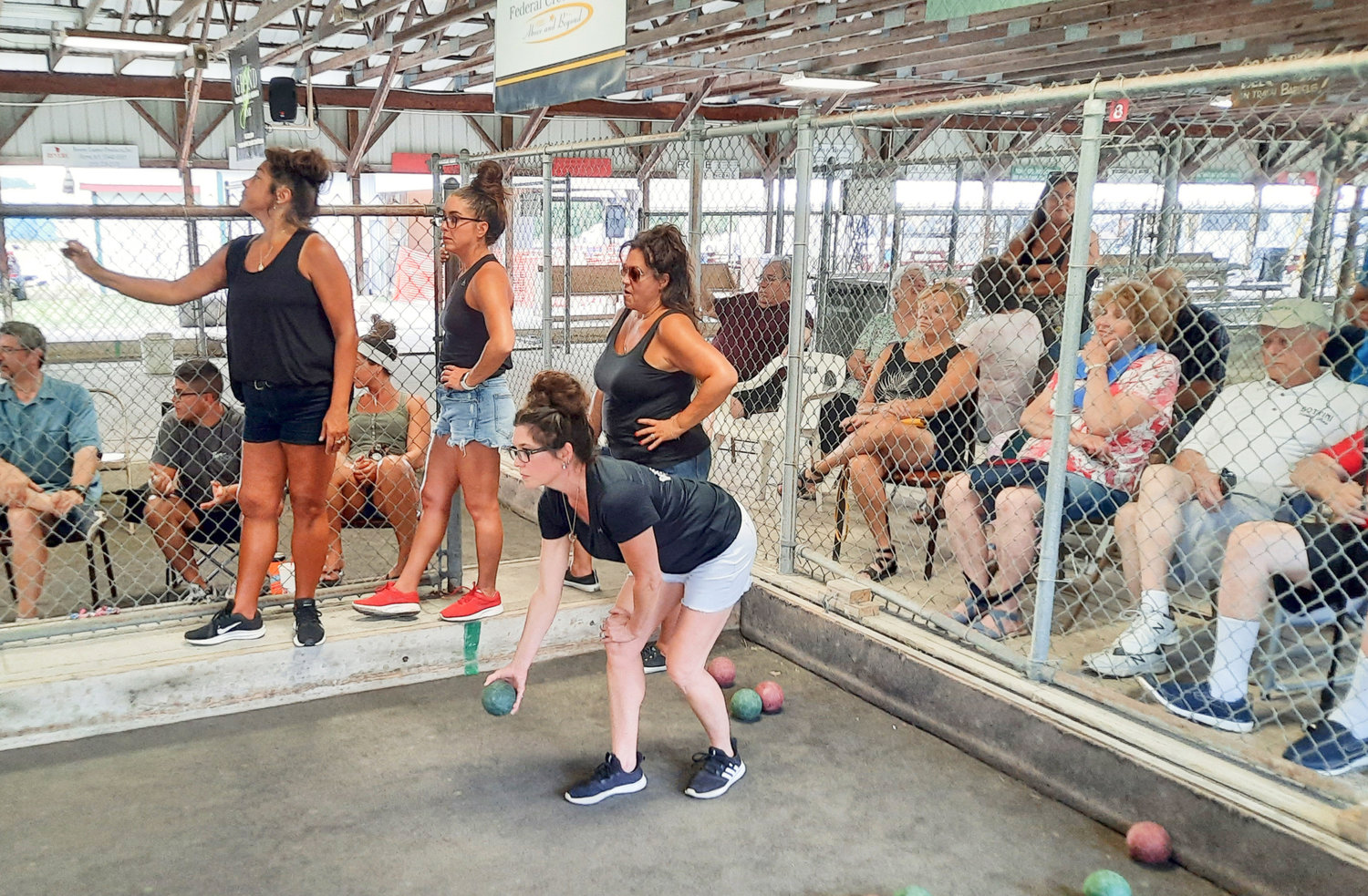 Viviani Law Firm’s Robin Lanzi gets set to throw the ball as teammates from left Tammy Dimezzo, Kristin Ciotti and Kim Luczak look on during the women’s division final of the 47th World Series of Bocce Sunday at Toccolana Club in Rome.
(Sentinel photo by Charles Pritchard) 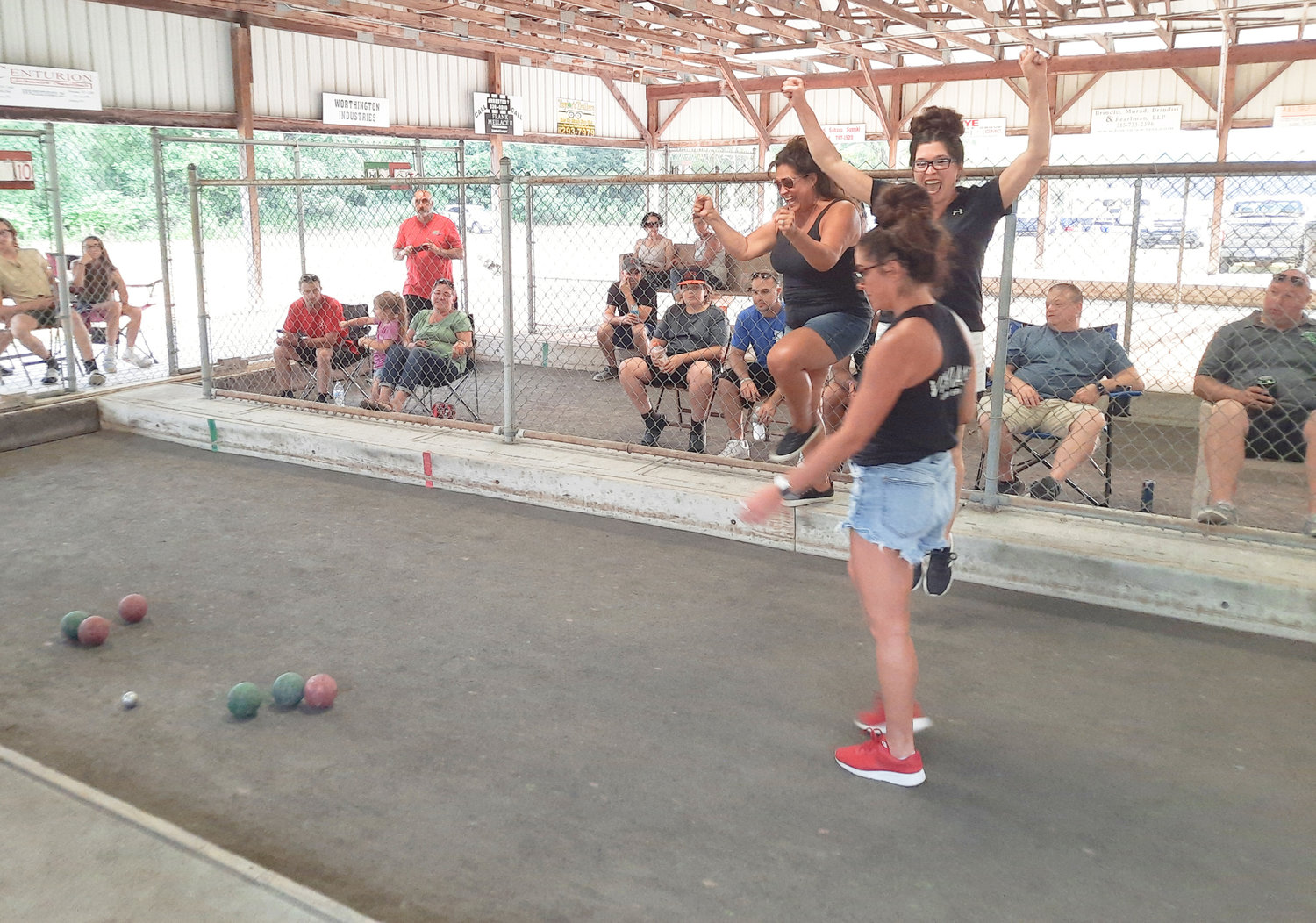 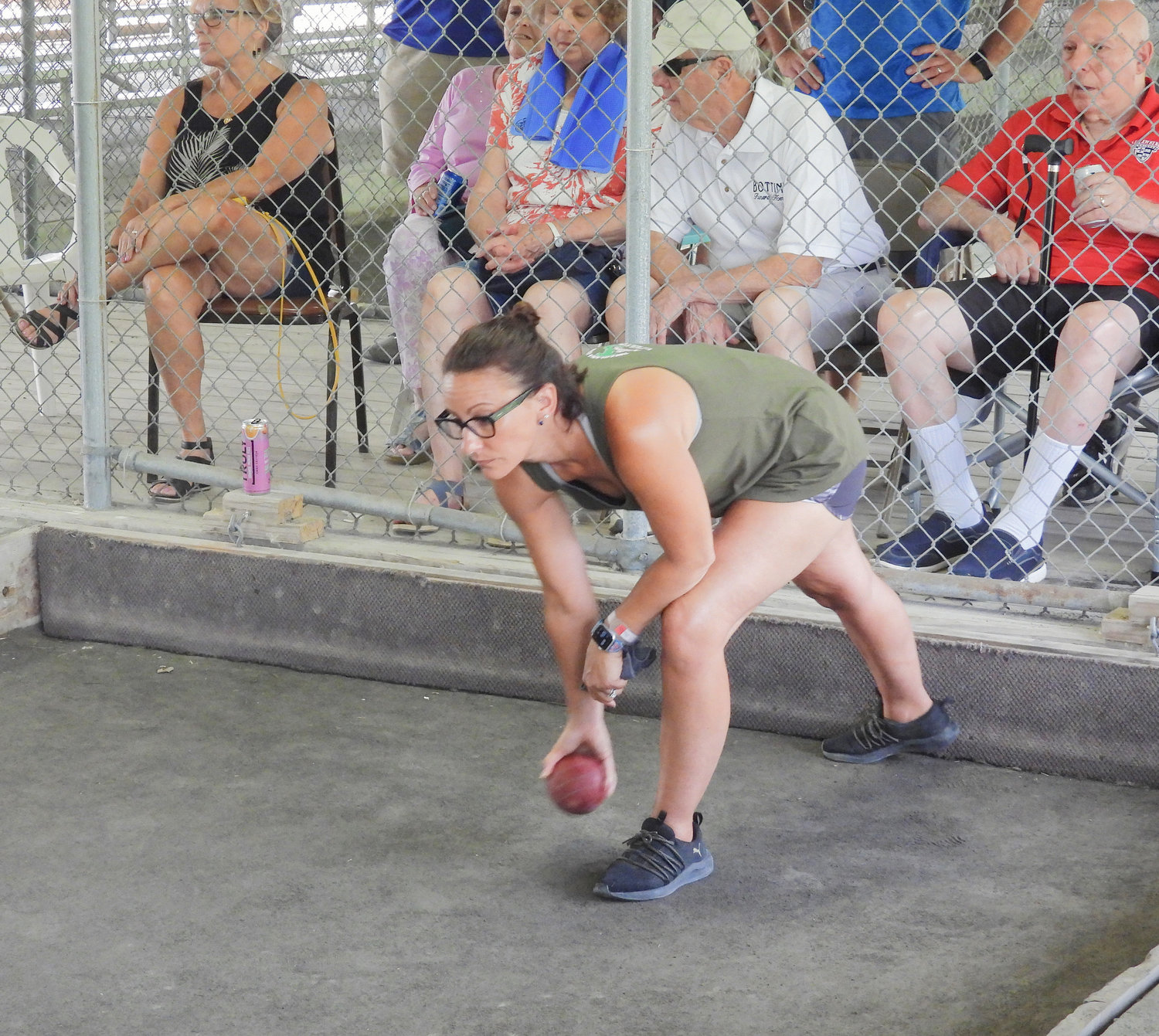 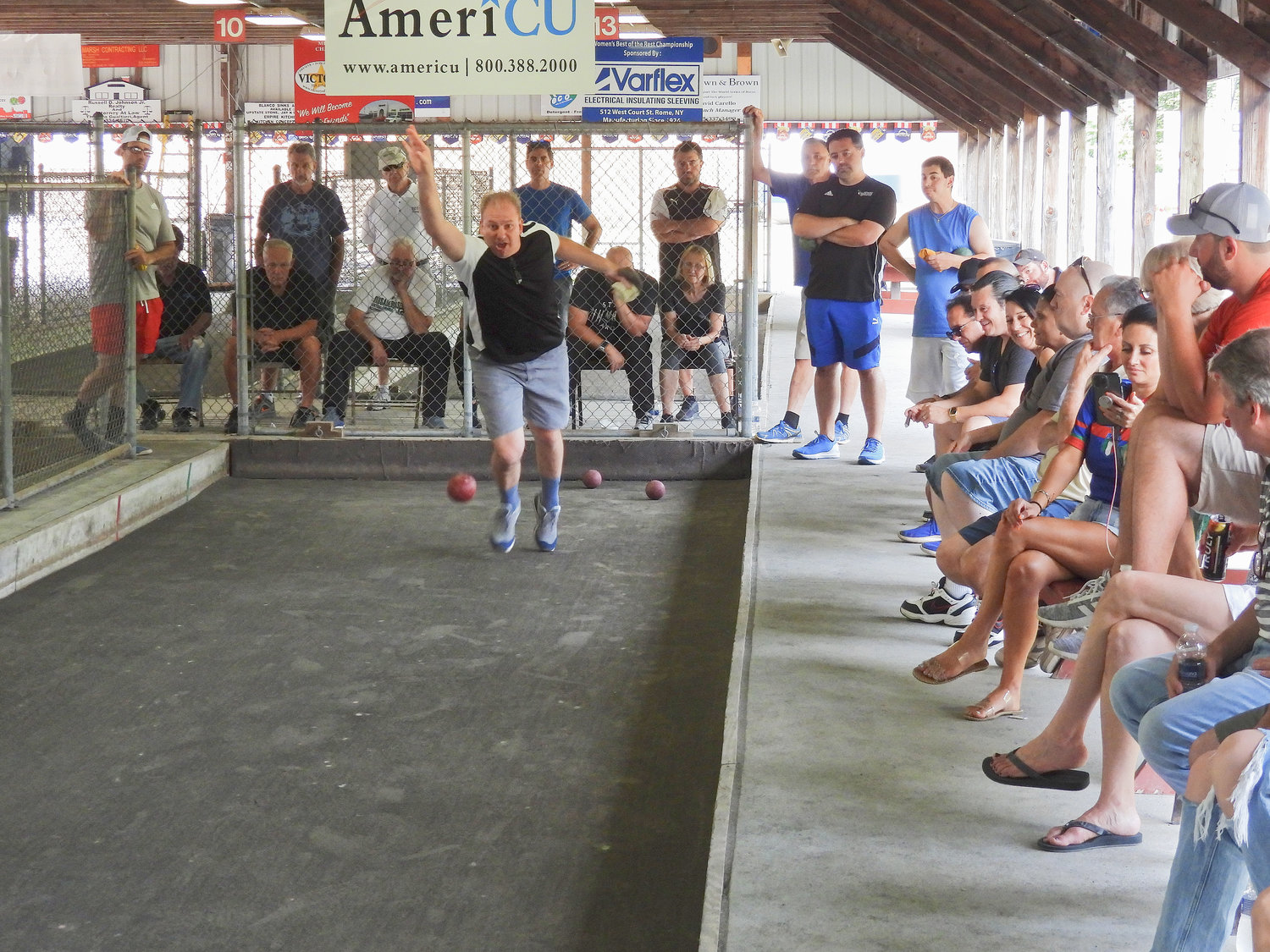 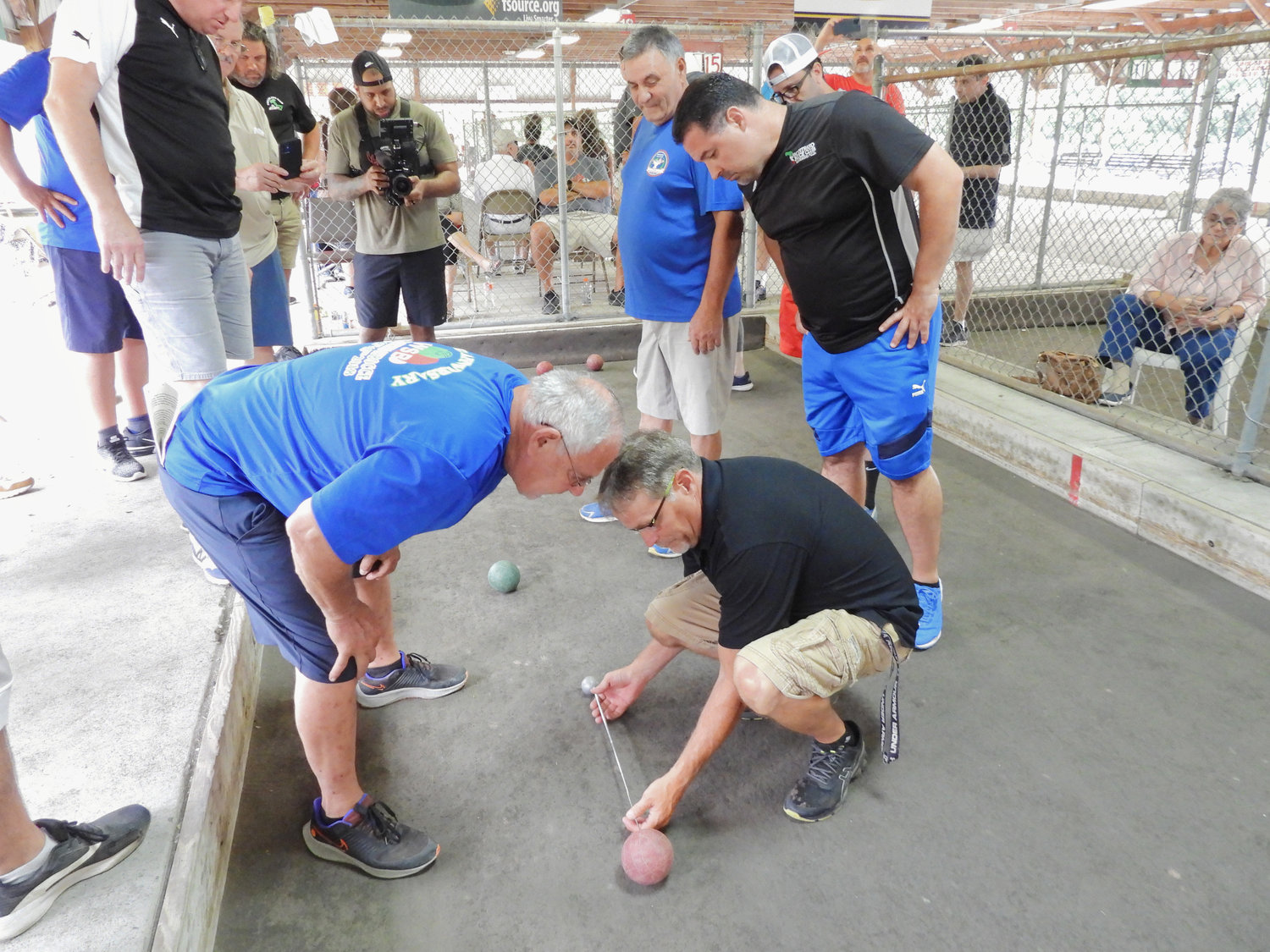 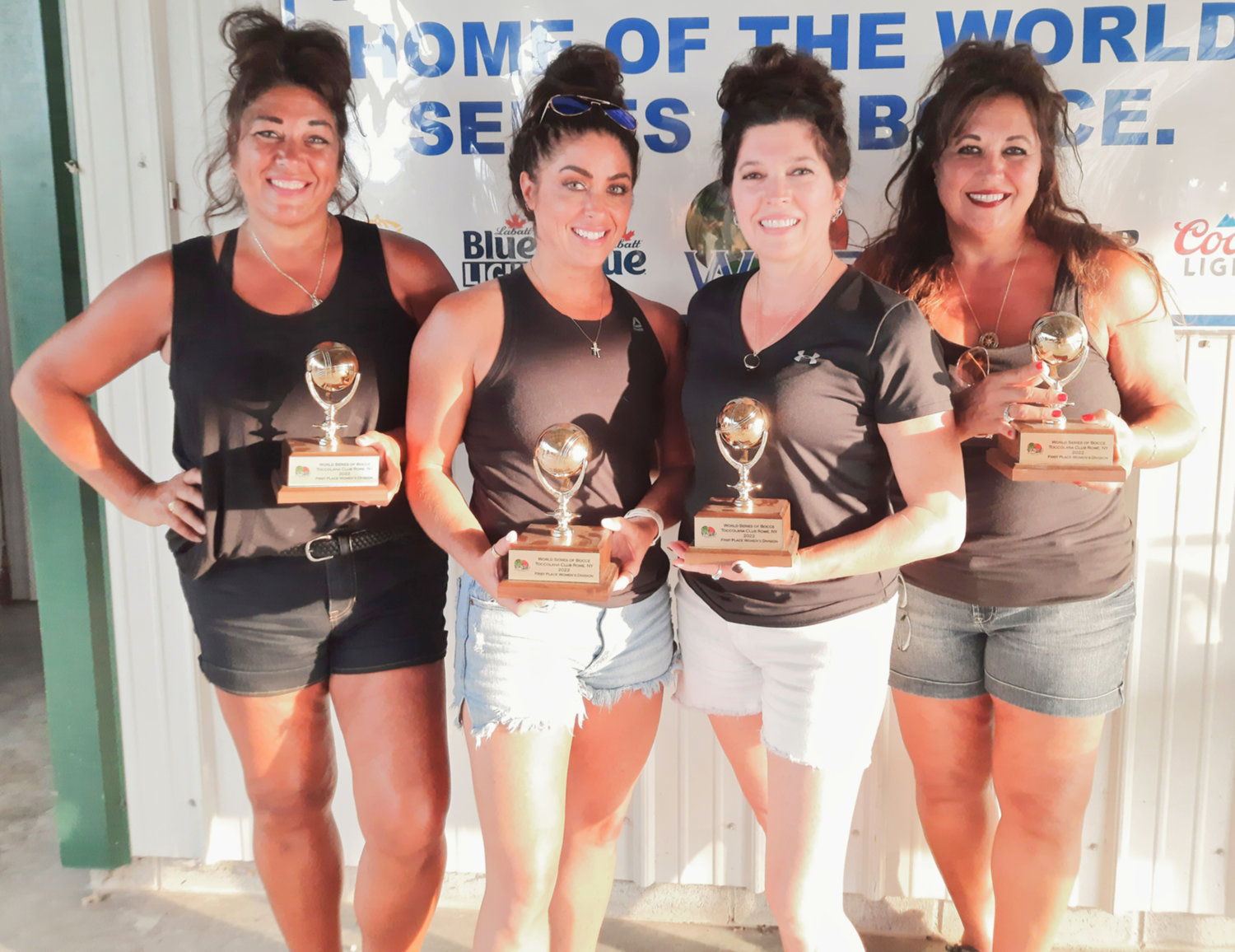 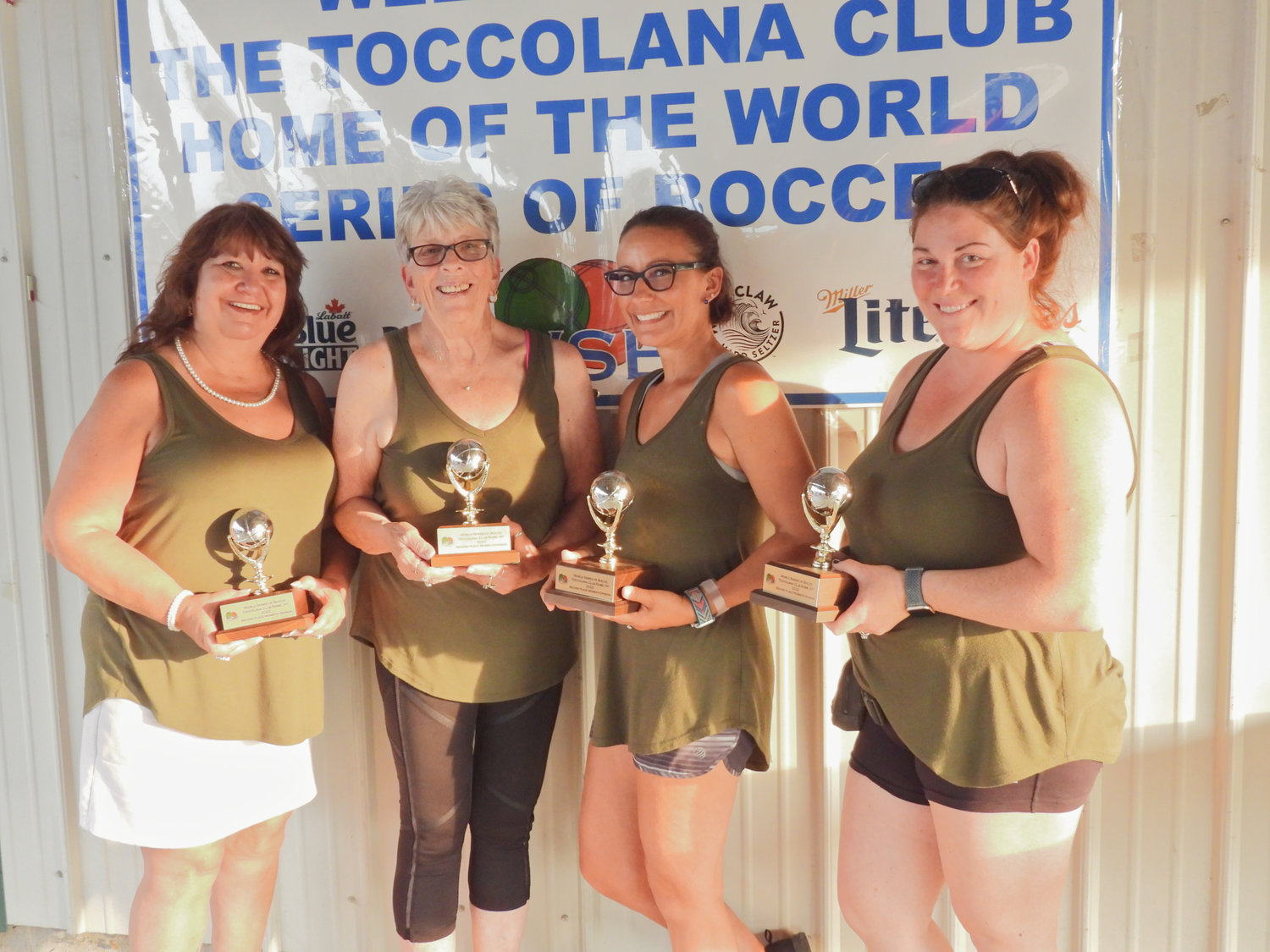 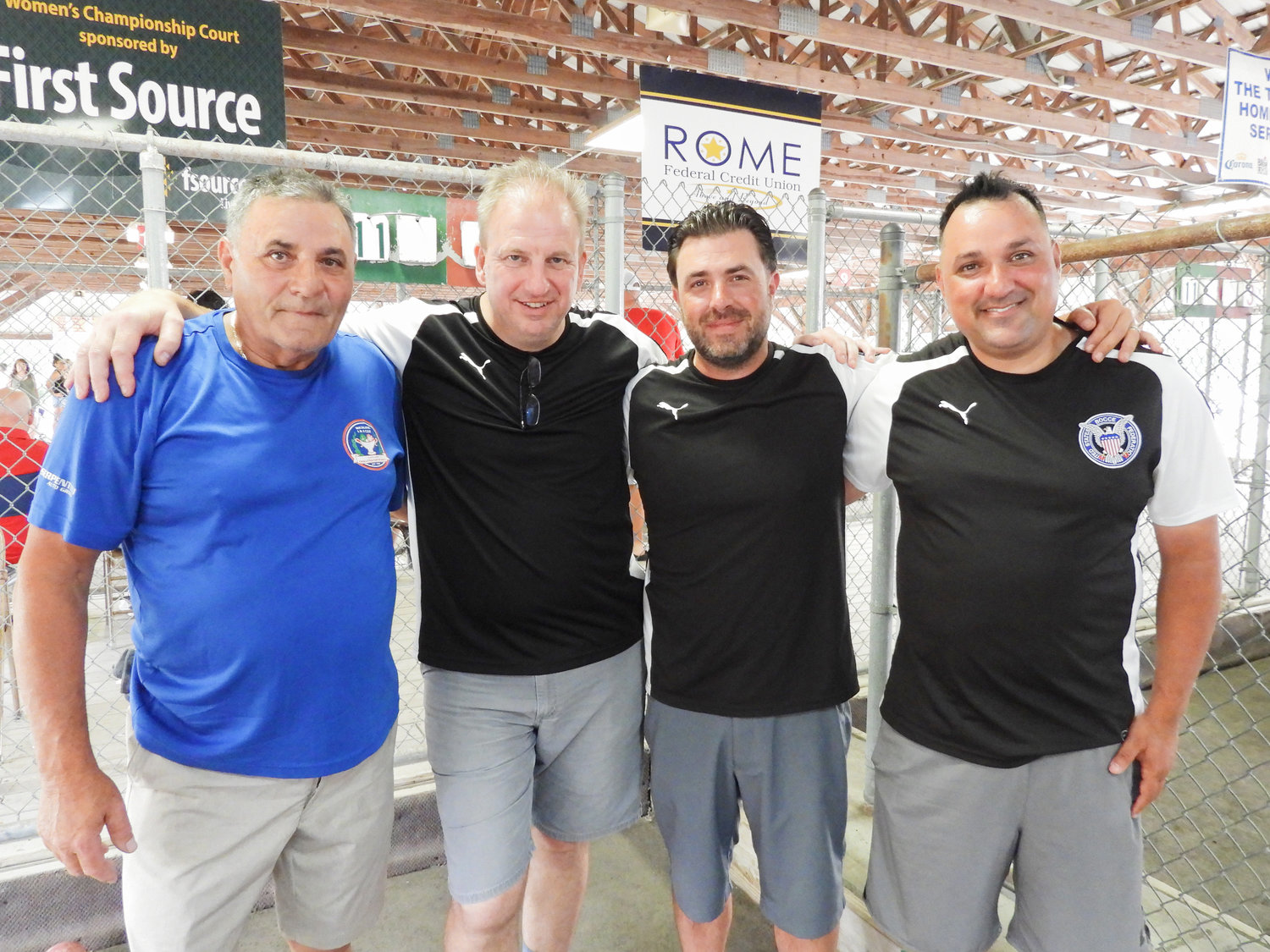 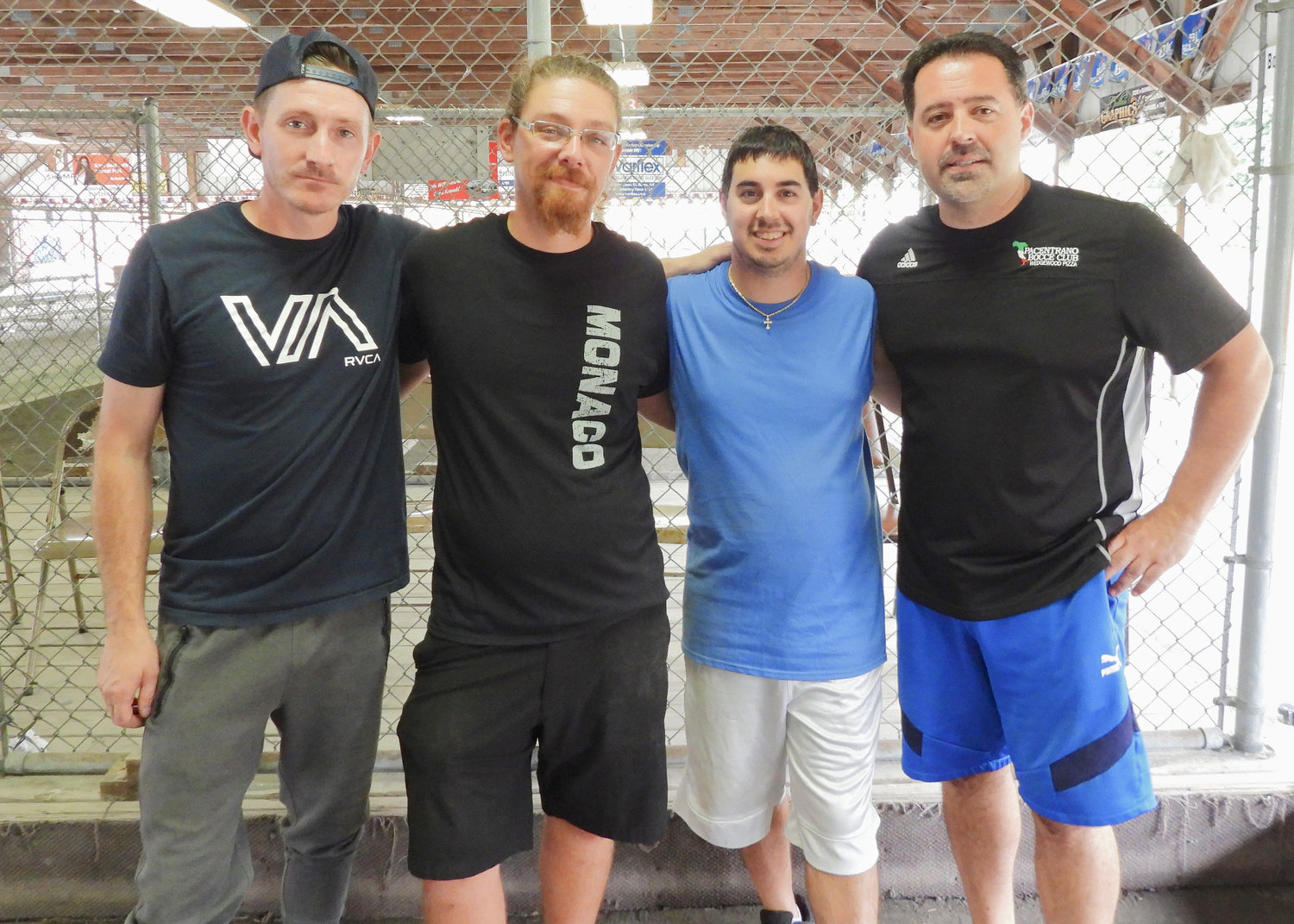 ROME — The 47th World Series of Bocce was a family affair.

Amanda Cortese-Kolasz teamed up with her mother Gail Cortese, Stephanie Calicchia and Sue Hluska to represent host Toccolana Club. It was the fifth year the team has played together.

Dimezzo, Lanzi and Luczak won 13 times with their mother Donna Ciotti as Liquor Express and are in the Guiness Book of World Records for that feat. It’s their third time playing together as a “sister squad” with two runner-ups (2018 and 2019) before Sunday. The World Series wasn’t held in 2020 and 2021 due to the COVID-19 pandemic. Kristin Ciotti won a pair of bocce titles before joining her sisters.

“It’s our first win with the four sisters, so it’s special,” Luczak said.

“It’s nice to win with the four of us,” Lanzi said.

Viviani Law Firm defeated Toccolana Club 16-11 in the winner’s bracket final rallying from a 7-1 deficit. In the championship, Viviani Law Firm rallied again from a 10-5 deficit to win 16-10.

“We never give up and try to pick each other up,” Lanzi said.

Cortese-Kolasz was proud of the way Toccolana Club played over the four-day tournament.

“We have finished third a couple of times, so this is our best finish yet,” Cortese-Kolasz said. “We played well today (Sunday). We played well the whole tournament. Our two losses were to a multi-time champion. Nothing to be ashamed of there.”

“I started playing in the World Series in 1984,” said Cignarale, who lives in New Milford, Connecticut. “I’ve played with Pete the whole time and started playing with Felice in 2006. This is the first year that Natale played with us. It was nice. It’s always good to win. It’s been a little while. Ten years.”

Wickliffe 1&A, out of Ohio, placed third in the open division, followed by King Pin Lanes, of Rome, fourth and Those Guys, out of Massachusetts, fifth.

“I’m very pleased. It feels good,” said Rodriguez who won the World Series in 2016 with Froio and Louis. “It was a fantastic weekend. Jam-packed Friday and Saturday nights. The weather was great.”

Cignarale was impressed with the turnout of 131 teams after a two-year hiatus of the tourney due to the pandemic.

“I’m absolutely impressed,” Cignarale said. “It’s basically back to were they left off. We lucked out with the weather. It was good weather, good food, good bands. It was a good time.”

“It’s wonderful to be back. It’s been a while and nice to have the tournament back. It’s a fun, family-tradition,” Luczak said. “We would like to thank Louie (Viviani). It’s his second year sponsoring us.”

Lanzi added, “It’s a fun weekend. We saw people, we haven’t seen in years because of COVID. It was great seeing people having fun.”

“It was a great tournament. Rome needed that business,” Ferlo said. “Cars were parked all over the place. Things ran very smooth. There were no issues.”

Best of the Rest

The team of Joe Froio, Mike Panara, Roger Panara and Lynn Opper won the Best of the Rest Tournament Sunday.

Visit: https://romesentinel.com/stories/gallery-world-series-of-bocce-weekend-in-rome-july,138051 to see a photo gallery from the World Series of Bocce, July 14-17.