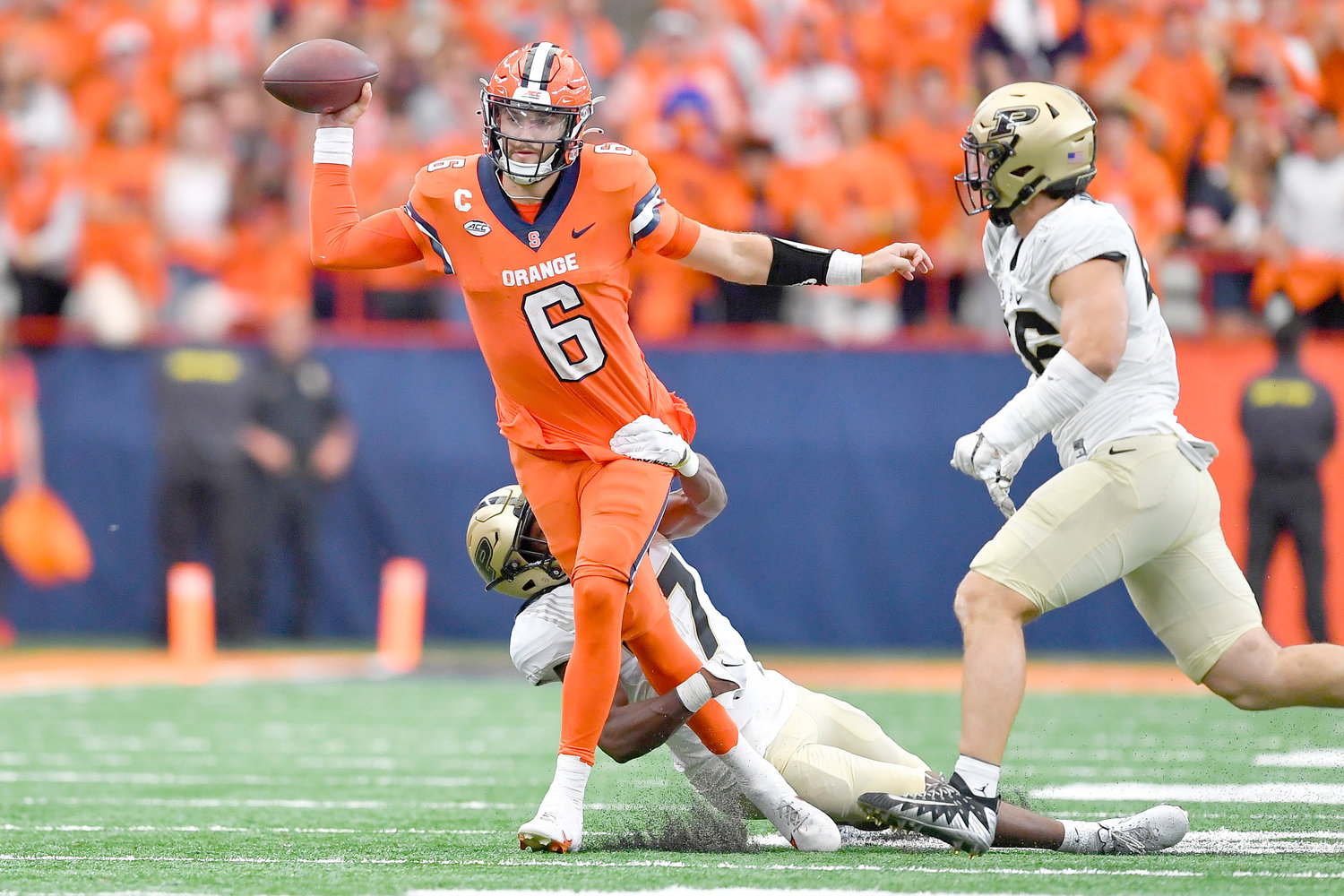 The Cavaliers lead the series 3-2.

The unbeaten Orange are coming off a last-second win over Purdue in which the Boilermakers stuffed Orange tailback Sean Tucker, holding him to 42 yards on 18 carries for his first game this season under 100 yards. Syracuse has to address that if it hopes to retain its unblemished record and get to 2-0 in the conference play for the first time since becoming an ACC member in 2013. Virginia also is coming off a last-second win — 16-14 over FBS foe Old Dominion. This game is the conference opener for the Cavaliers and new coach Tony Elliott.

The Syracuse offense against the Virginia defense. Syracuse quarterback Garrett Shrader has completed 66.2% of his throws for 709 yards and eight touchdowns and has zero turnovers. The Virginia defense is ranked 57th nationally, allowing 349 yards per game, and has eight sacks.

Virginia: QB Brennan Armstrong. He hasn’t looked like the prolific passer of last season in the Cavaliers’ new balanced offense but he rallied the team with a game-winning drive that included a 30-yard completion and 13-yard run against Old Dominion. If he finds his form of last season, balance might become less of a priority.

Syracuse: WR/TE Oronde Gadsden II. Last year Orange receivers had only seven touchdown catches the entire season. Gadsden already has three this season and is tied for the team lead in receptions with Tucker at 12 apiece. Gadsden also leads the Orange with 16.08 yards per catch.

Armstrong had two of Virginia’s three lost fumbles against the Monarchs, and one of his and one by tailback Mike Hollins came inside the opposing 10 yard-line. ... Syracuse is one of only four FBS teams to have not committed a turnover this season, along with top-ranked Georgia, James Madison and USC. The Orange defense has three interceptions and three fumble recoveries. ... Virginia won the last meeting between the teams, 44-38 in triple overtime in 2015. ... Tucker is within 10 yards of Heisman Trophy winner Ernie Davis (3,386) on Syracuse’s all-time rushing list.