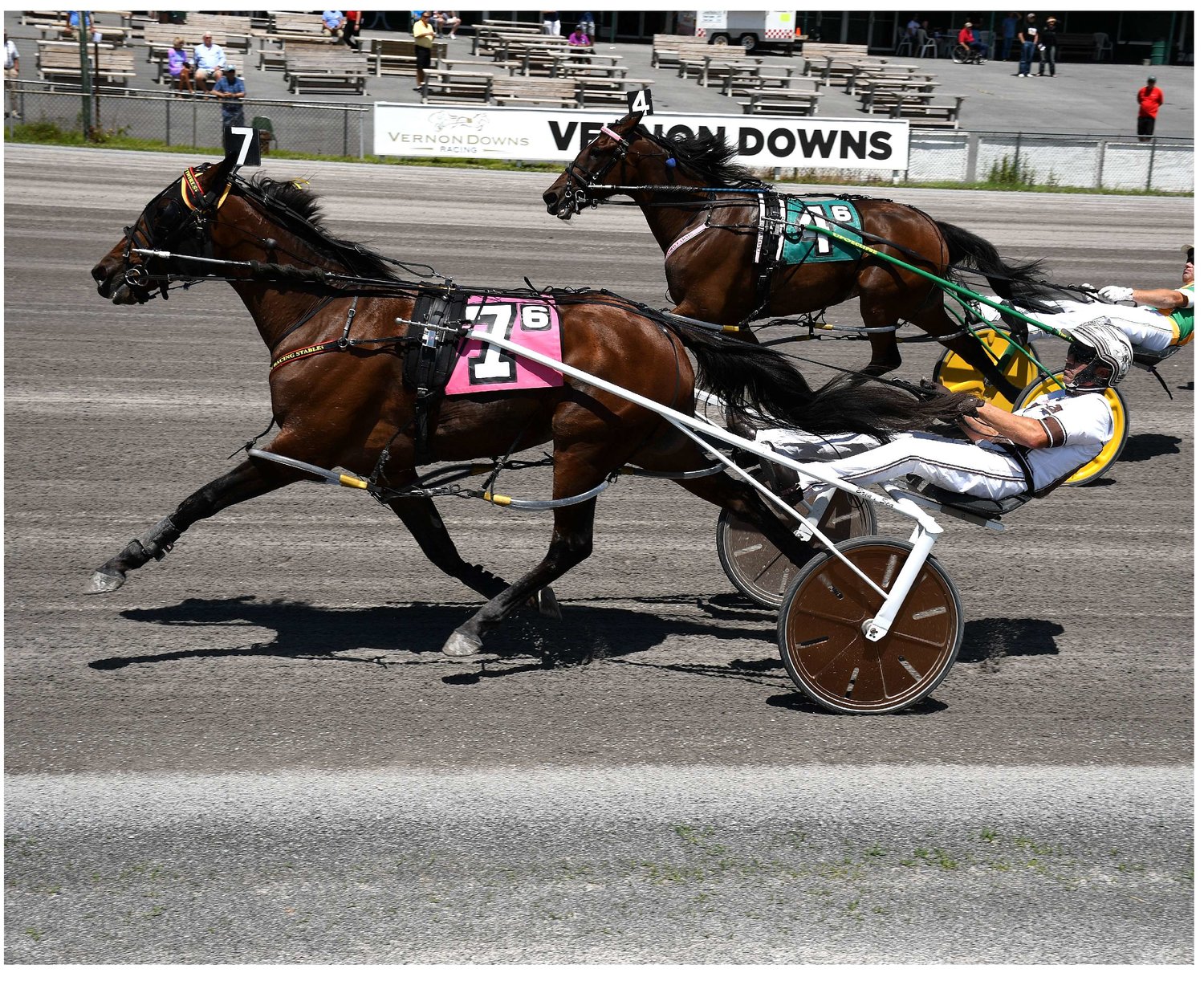 The Julie Miller trained American Classic (Andy Miller) is the 5-2 morning line favorite in the $30,550 first division. After no starts as a freshman, the colt by American Ideal has three wins in four starts this season.

His top contender appears to be the American Ideal gelding Twin B Deluxe.He is coming off a NYSS at Saratoga. Trained by Andrew Harris, the gelding has four wins and three seconds in seven starts this season.

Ron Burke trains All About The Hunt (David Miller), who is the 3-1 morning line favorite in the $29,950 second division.The colt by Huntsville is coming off a second-place finish in his only career start boasting a time of 1:50.3 at the Meadowlands.

Hazeville (Mark MacDonald) is the 4-1 second morning line choice.The gelding by Huntsville is trained by John McDermott.He has three wins this season including a NYSS win at Saratoga.

Pleaseletmeknow (Matt Kakaley) by American Ideal is the 5-2 favorite in the $29,950 third division.The gelding is on a three-race winning streak including two NYSS wins.He has six career wins and is trained by Travis Alexander.

The Joe Halloway trained Early Action (David Miller) is the 3-1 morning line second choice.The 3-year-old gelding by Huntsville is zero for one in 2022 after a terrific freshman campaign that saw him win eight times and bank over $440,000.

The Garetch Dowse trained Kingsville (Jason Bartlett is the 9-5 morning line favorite in the $30,550 fourth division.The gelding by Huntsville has three wins this season and four for his career.

Valentina Blu (Andrew McCarthy) went to the front and led to the quarter in :27.0.  Joviality S made her move as they headed to the backstretch going first-up and taking control just before hitting the half in :55.4.  She glided to three-quarters in 1:23.1.

As they made the turn for home Joviality S just took off.  Bare My Soul (Scott Zeron) started moving up late but she could only watch as Joviality S won in a lifetime mark of 1:51.0.  She was just two-fifths off the track record set by Atlanta.  Bare My Soul had to settle for second money as Valentina Blu held on to finish third.

Joviality S is a filly by Chapter Seven.  She is owned by Courant Inc., and trained by Marcus Melander.  She is three for three in 2022.  She has now won 12 times in 15 career starts.  With the win she surpassed the million-dollar mark in career earnings,

Slay (Tim Tetrick) was able to get by Branded By Lindy (Yannick Gingras) just before hitting the first quarter in :27.3.  He used a :28.3 second quarter to be first to the half in :56.1.  Justice came first-over from fourth and battled neck and neck with Slay all around the final turn.  Slay was first to three-quarter in 1:24.3.

As they reached the stretch Justice wrestled the lead away.  Branded By Lindy was locked in the box and needed racing room badly.  Cool Papa Bell (Brian Sears) came flying late on the outside as Branded By Lindy finally squeezed inside for an opening but it was too late as Justice prevailed in 1:53.3.  Branded by Lindy finished second as Cool Papa Bell had to settle for third.

Justice is a 3-year-old colt by Chapter Seven.  He is owned by Little E LLC., Torbjorn Swahn, Myfab Stables Inc., and trainer Ake Svanstedt.  It was his second win this season.  He now has five career victories.

Gotthegreenlight is a 3-year-old filly by American Ideal. She is trained by R. Nifty Norman for owners Patricia Stable and Kovach Stables. It was her second win this season.  She now has 10 career victories.

A Girl That Twirls is a 3-year-old filly by American Ideal. She is owned by D racing Stable and trained by Deborah Daguet. She is now three for three in 2022. She now has seven career victories.