‘Venom’ sequel is a short, sweet delight for moviegoers 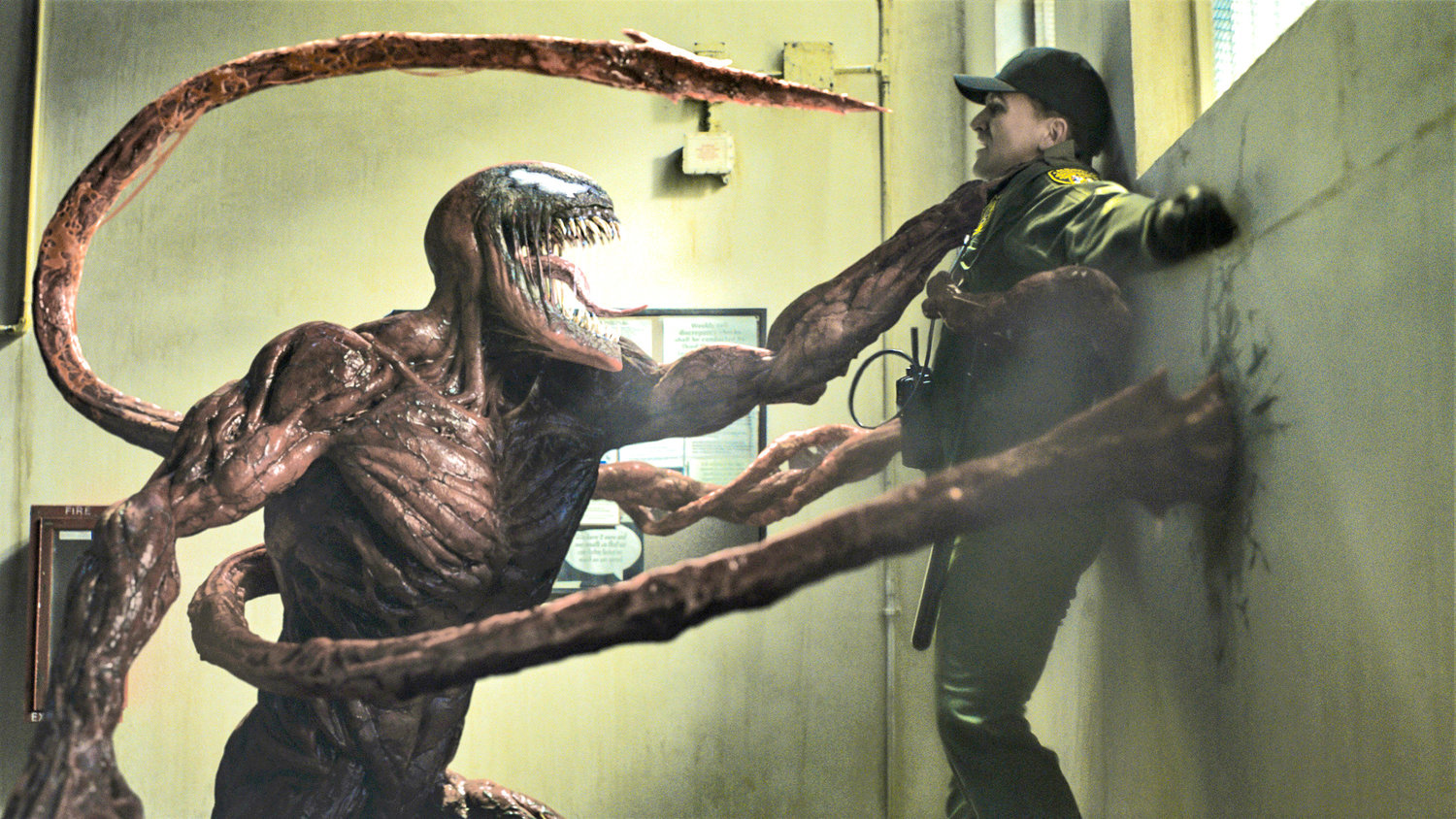 The little superhero film franchise that could is back with “Venom: Let There Be Carnage,” a sequel that embraces the silliness of the first and once again seems poised to make a killing at the box office.

The first “Venom” movie was a bad, messy film made by Sony in a desperate attempt to compete with the Marvel Cinematic Universe — only to go on to earn more than $800 million at the box office, making it a surprise hit. And surprise hits mean surefire sequels, doubling down on what they hope audiences enjoyed the first time.

“Venom: Let There Be Carnage” set a new pandemic record for opening weekend box office — more than $90 million — so there is definitely something that fans love about Venom. The film is currently playing in theaters, but not on home streaming.

Journalist Eddie Brock, played by Tom Hardy, has bonded with the alien symbiote Venom, voiced by Tom Hardy, and they make a real odd couple. Venom wants to be a superhero and eat the brains of criminals, while Eddie wants them to stay under the radar and not get hauled off to Area 51.

But they don’t get to do either when Venom births a new symbiote and it bonds with infamous serial killer Cletus Kasady to become Carnage.

There is only one thing worthwhile about these “Venom” movies and that is the dual performances by Tom Hardy. He really brings both Eddie and Venom to life, then the movie has a ball pitting the two of them against one another. Eddie is a neurotic, disheveled dirtbag who hasn’t gotten over his ex-girlfriend, and Venom is an excitable, hungry alien trying to find his place in the world.

Odd couple relationships are a staple of Hollywood. This man and his alien are an entertaining pair that makes “Venom” stand out as unique in the larger superhero landscape. They’re just plain fun to watch.

And thankfully, they are so much fun to watch that they elevate the rest of the movie around them. Without the main characters, “Venom: Let There Be Carnage” is a pretty mediocre superhero movie. It’s short, by-the-numbers and doesn’t offer anything all that unique — other than the title character. And that’s enough.

Woody Harrelson plays the serial killer Cletus and the villainous Carnage, and he does a good job. He isn’t as well-fleshed out as Eddie and Venom, but he’s perfectly menacing and terrifying as a serial killer set loose with unimaginable alien power. The new film is only rated PG-13, so this killer isn’t really allowed to cut loose with the blood and bodies. But what we do get works.

There’s a really gnarly bad guy out there, and only the hugely entertaining Tom Hardy one-two punch of Eddie and Venom can stop him. That all makes “Venom: Let There Be Carnage” a short and sweet sequel that should delight fans of the first one.