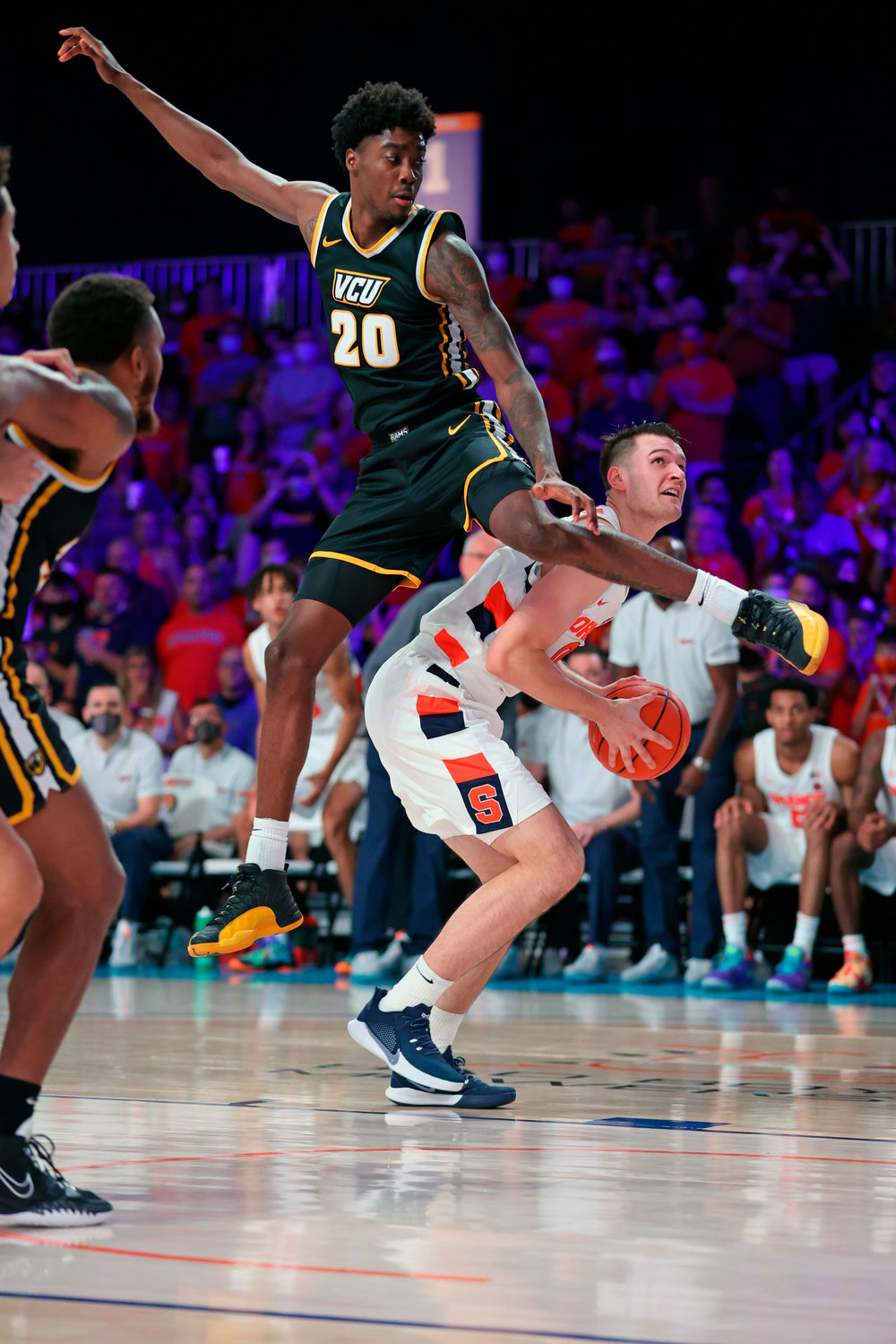 The Rams will play the winner of No. 6 Baylor and Arizona State in the semifinals on Thursday. The Orange will face the loser between the Bears and Sun Devils.

Syracuse won the championship in its only other appearance at the Battle 4 Atlantis in 2015. The Orange came into this year's tournament on a low, having lost to Colgate in their last game.

VCU (3-2) trailed 38-36 early in the second half before scoring eight straight points to take a six-point lead on Tsohonis' 3-pointer with 12:21 left. Jimmy Boeheim answered with his own 3, but that's as close as Syracuse (2-2) could get the rest of the way.

The Rams haven't given up more than 57 points in any of its first five games. It was VCU's first victory ever against the Orange in four tries. The previous meeting came in 1992.

Both Syracuse and VCU struggled early on from the field. The Orange trailed 21-18 late in the first half before closing the period on a 9-2 run over the final 3:58. Syracuse made only one field goal in the last 8:25 of the half. VCU wasn't much better, making only two baskets after Jimmy Nichols Jr. shot made it 17-12 with 10:38 left.