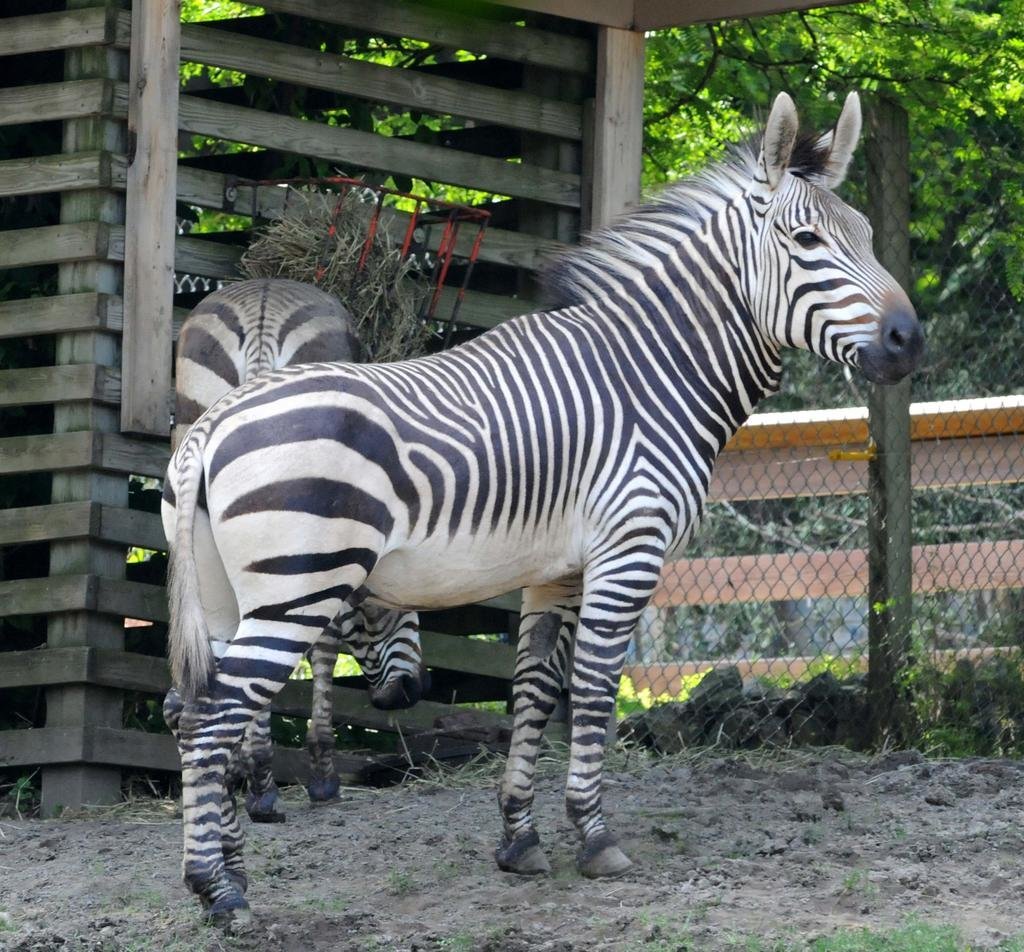 Zebras munch on hay at the Utica Zoo, 1 Utica Zoo Way, in this Daily Sentinel file photo. The zoo, which is home to more than 200 individual animals representing more than 90 species, has reopened following a temporary lapse of several days in its exhibitor’s license. You can check out the zebras — along with all sorts of other creatures from monkeys and snakes to camels and arctic foxes — from 10 a.m. to 4:30 p.m. 363 days a year (it is closed on Thanksgiving and Christmas).
(Daily Sentinel file photo)
Posted Friday, September 30, 2022 11:10 am
Sean I. Mills
Staff writer
email / twitter

UTICA — After passing a new federal inspection on Thursday, the Utica Zoo reopened its doors to the public on Friday, according to Executive Director Andria Heath.

The zoo had been closed since Sunday due to some facility repairs and scheduling issues in regards to its U.S. Department of Agriculture licensing.

“The amount of support and encouragement we have received over the past few days from the community has been incredible,” said Heath, in a release.

“I want to especially thank USDA, U.S. Sen. Charles Schumer’s office, and the Association of Zoos and Aquariums (AZA) for all their assistance and expertise with helping us navigate this licensing process,” Heath said. “Sometimes it takes challenges to pull together as a team, and our Utica Zoo staff, and the board of directors joined together full force to accomplish this.”

Heath said the USDA, the zoo’s licensing body, implemented a new inspection program this summer for a 3-year exhibitor's license. The Utica Zoo's first inspection under the new system was on July 21, and the inspector cited seven "non-critical" issues at the facility. Heath said those issues were cleared up by the second inspection on Sept. 20, but the inspector then noticed two new issues.

Those issues were also rectified, but the zoo and the USDA were unable to schedule a third inspection in time to prevent a "temporary lapse" in the license, Heath said. And with the license lapsed, they had to close their doors to the public until the third inspection was finally scheduled for Thursday.

Heath said the Utica Zoo passed inspection and has been granted a 3-year exhibitor's license.

The zoo has returned to its normal operating hours. The 35th annual Spooktacular Harvest Festival is still scheduled for Oct. 22 and 23, and a new 5,000 square foot welcome center remains under construction, officials noted.