The Utica Zoo is looking to reopen its doors this week after a recent inspection by the United States Department of Agriculture caused them to close for several days. 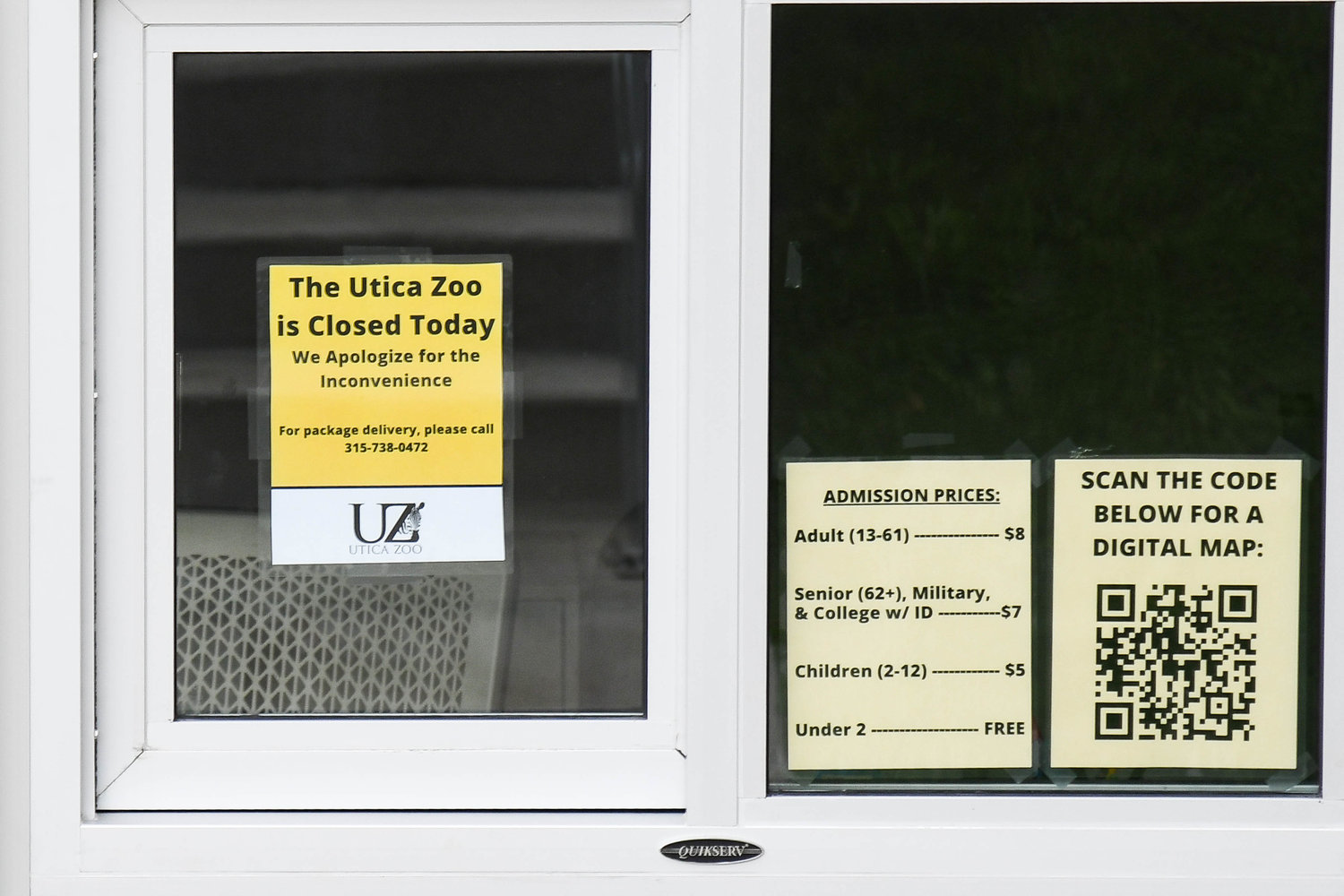 A sign on the front door of The Utica Zoo announcing its closure this week. The Utica Zoo has been closed since Sunday due to a ‘temporary lapse of our inspection,’ according to Executive Director Andria Heath. She said a new inspection has been scheduled for Thursday to clear up any lingering concerns from the United States Department of Agriculture.
(Sentinel photo by Alex Cooper)
Posted Tuesday, September 27, 2022 5:01 pm
Sean I. Mills
Staff writer
email / twitter

UTICA — The Utica Zoo is looking to reopen its doors this week after a recent inspection by the United States Department of Agriculture caused them to close for several days.

Executive Director Andria Heath said it was a “temporary lapse of our inspection” through the U.S. Department of Agriculture, starting on Sunday. Heath said a new inspection has been scheduled for Thursday to clear up all lingering issues.

“The Utica Zoo has been closed to the public temporarily as we work to renew our USDA Exhibitor’s license. The closure is occurring due to the scheduling of the inspections; without a finalized inspection we would be out of compliance with regulations if we were open to the public,” the zoo posted on their Facebook page. “We are working directly with USDA, with the assistance of the Association of Zoos & Aquariums (AZA), to resolve this as quickly as possible. In the meantime, our animal care staff is on-grounds and caring for our animals daily.”

Heath said the USDA, the zoo’s licensing body, implemented a new inspection program this summer, which gives a zoo three chances to fix a problem before the certification is pulled.

“Three times to get it corrected,” Heath noted.

Utica Zoo’s first inspection under the new system was on July 21, and the inspector cited seven “non-critical” issues at the facility, according to the USDA report. There was rust on some animal housing doors, some paint flakes in the Jacob sheep enclosure and there was concern over the structural integrity of a burrow the hyenas had dug, among other issues.

The report is publicly available to read at the website www.aphis-efile.force.com, the site for the Animal and Plant Health Inspector Service branch of the USDA.

The zoo’s second inspection came on Sept. 20, at which point Heath said the seven items “were sufficiently rectified.”

Then the inspector discovered two new issues, she stated.

There were paint flakes coming off the boardwalk at the pig encounter, Heath said, so “we scraped it down to the bare wood.”

And there was water in the new zebra barn from all the recent rainfall.

“Our drains weren’t working the way they were designed,” Heath stated.

Since that inspection, she said, “both items, we believe, have been confidently addressed.”

However, Heath said the zoo and the USDA were unable to schedule a third inspection in time to prevent the “temporary lapse of our inspection.” So Utica Zoo closed on Sunday, which they noted on social media and on their website.

The USDA report from the second inspection has not yet been posted online.