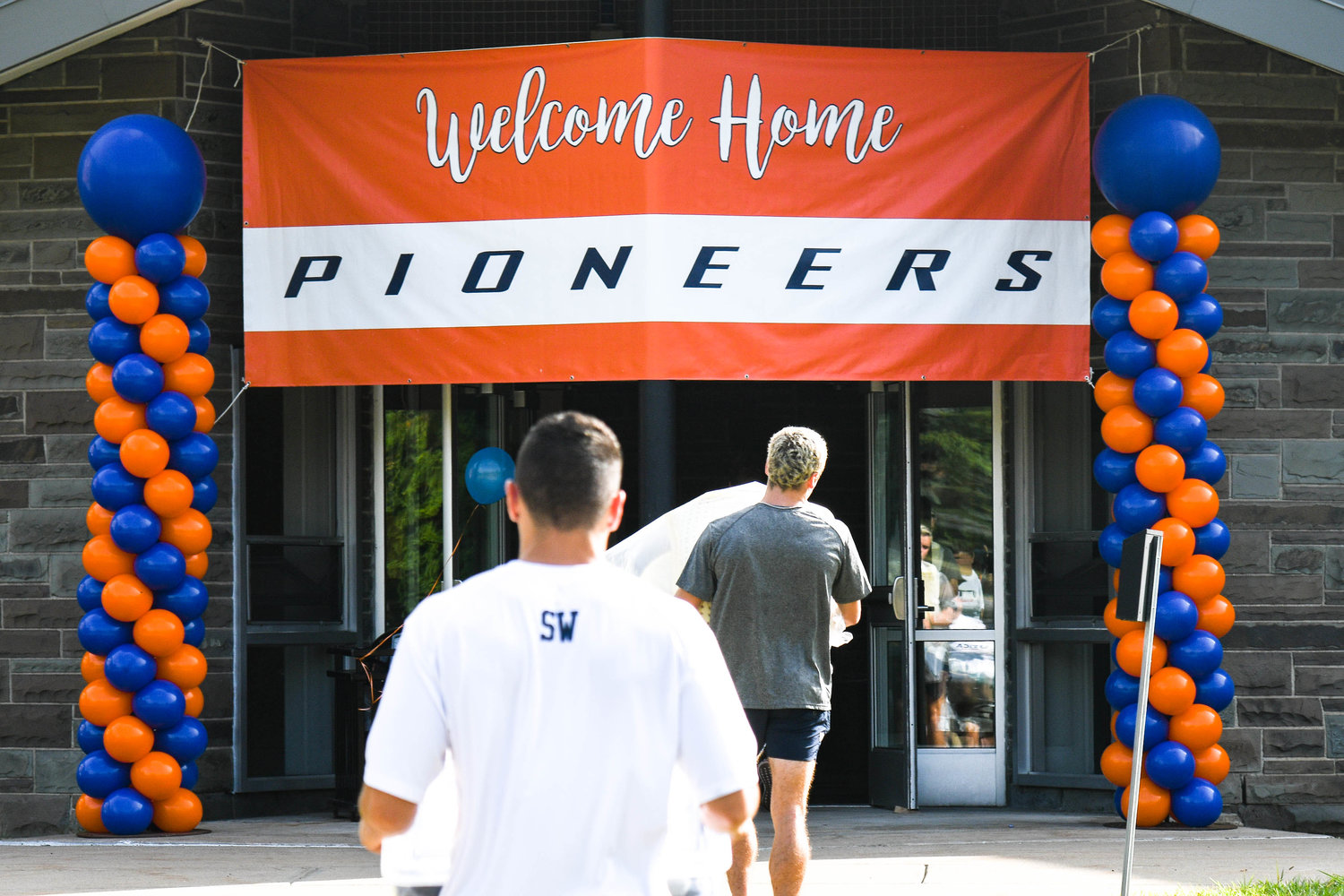 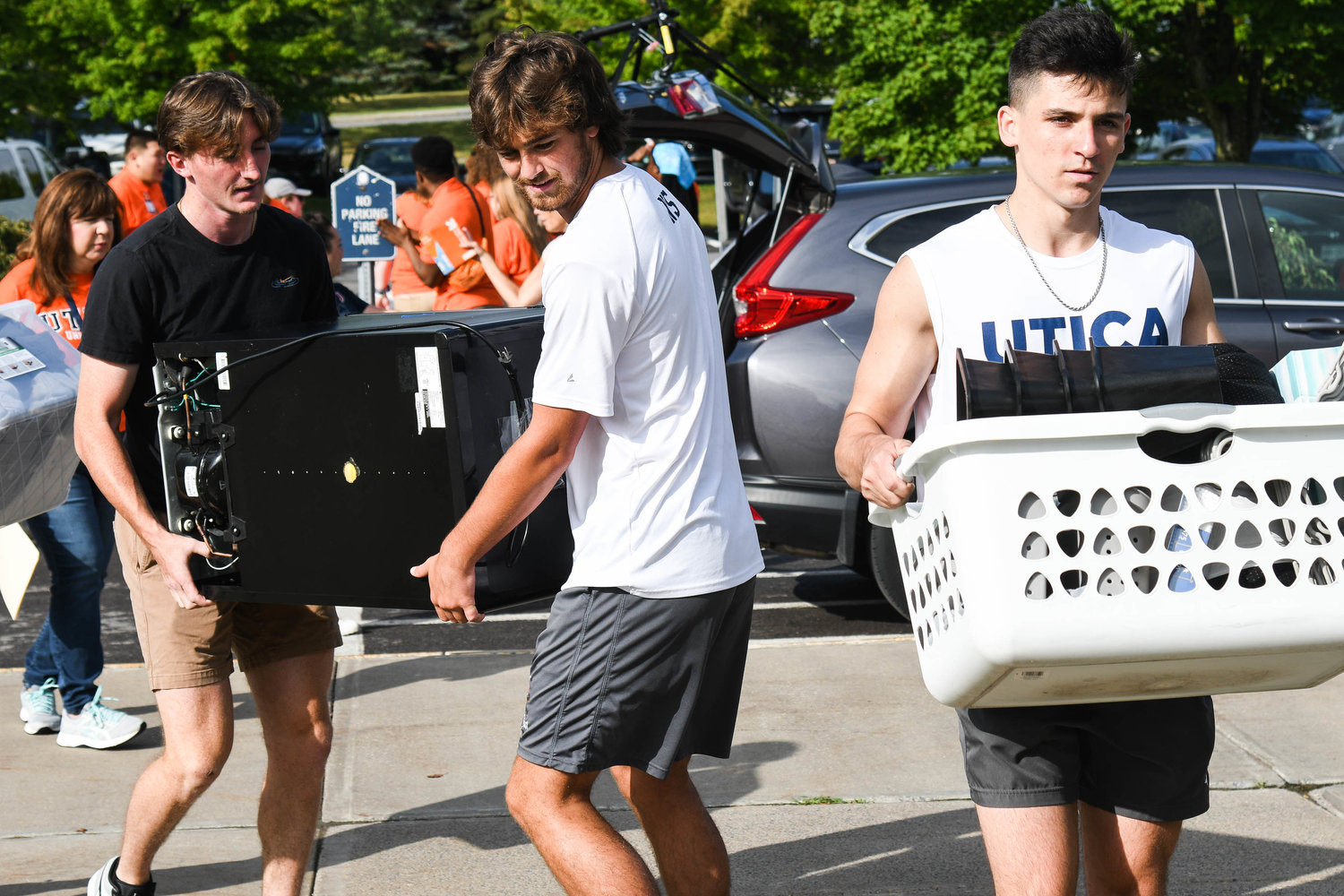 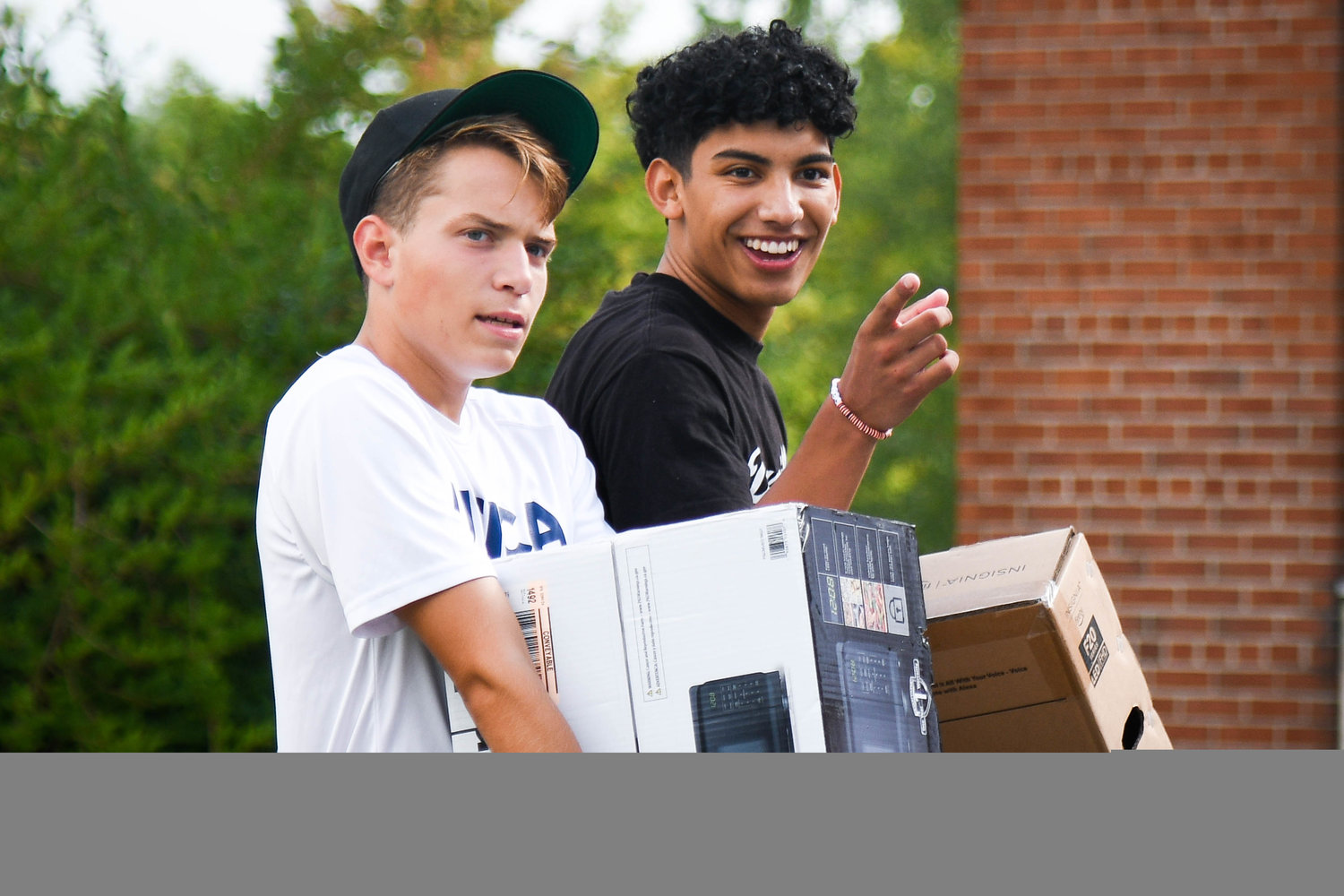 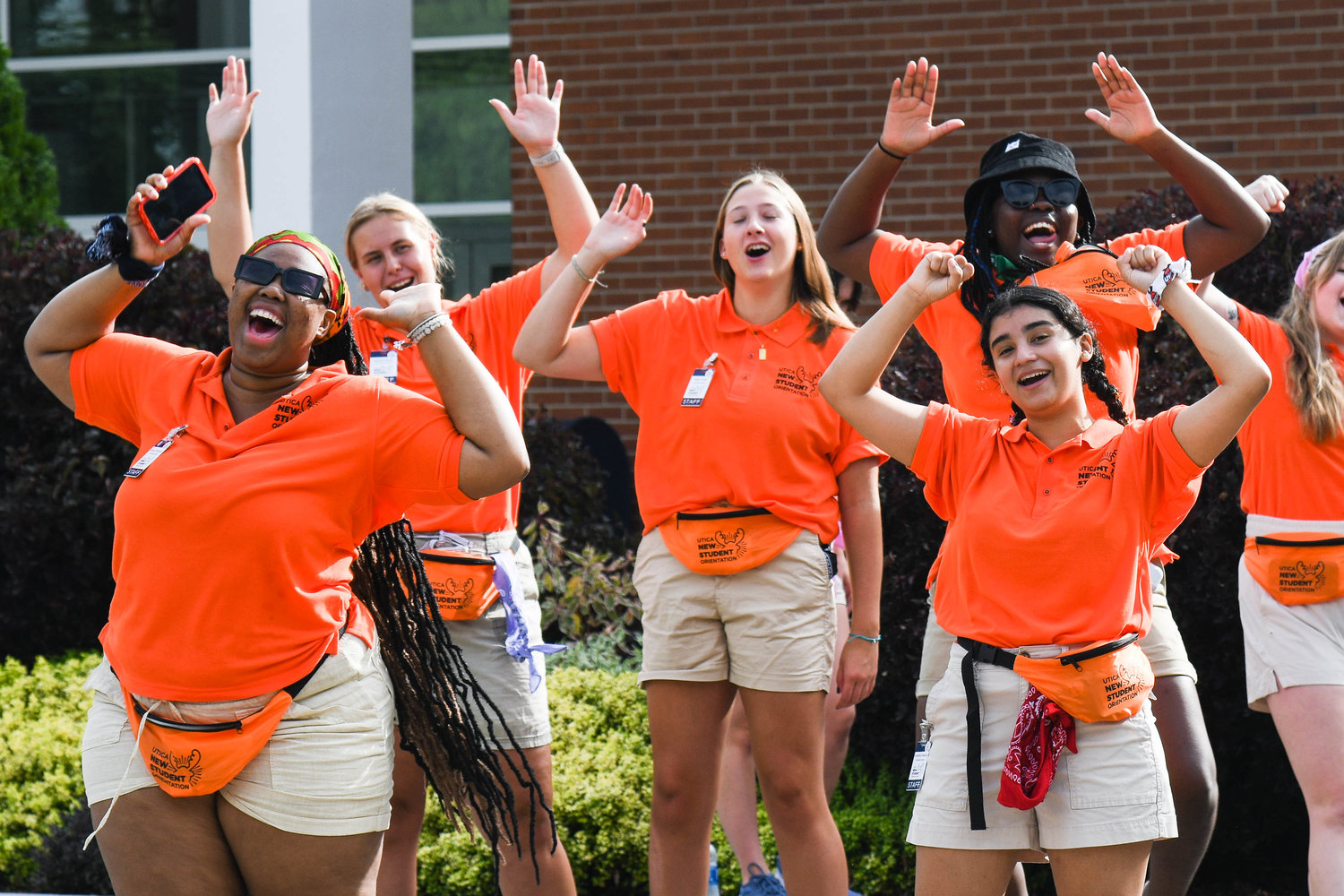 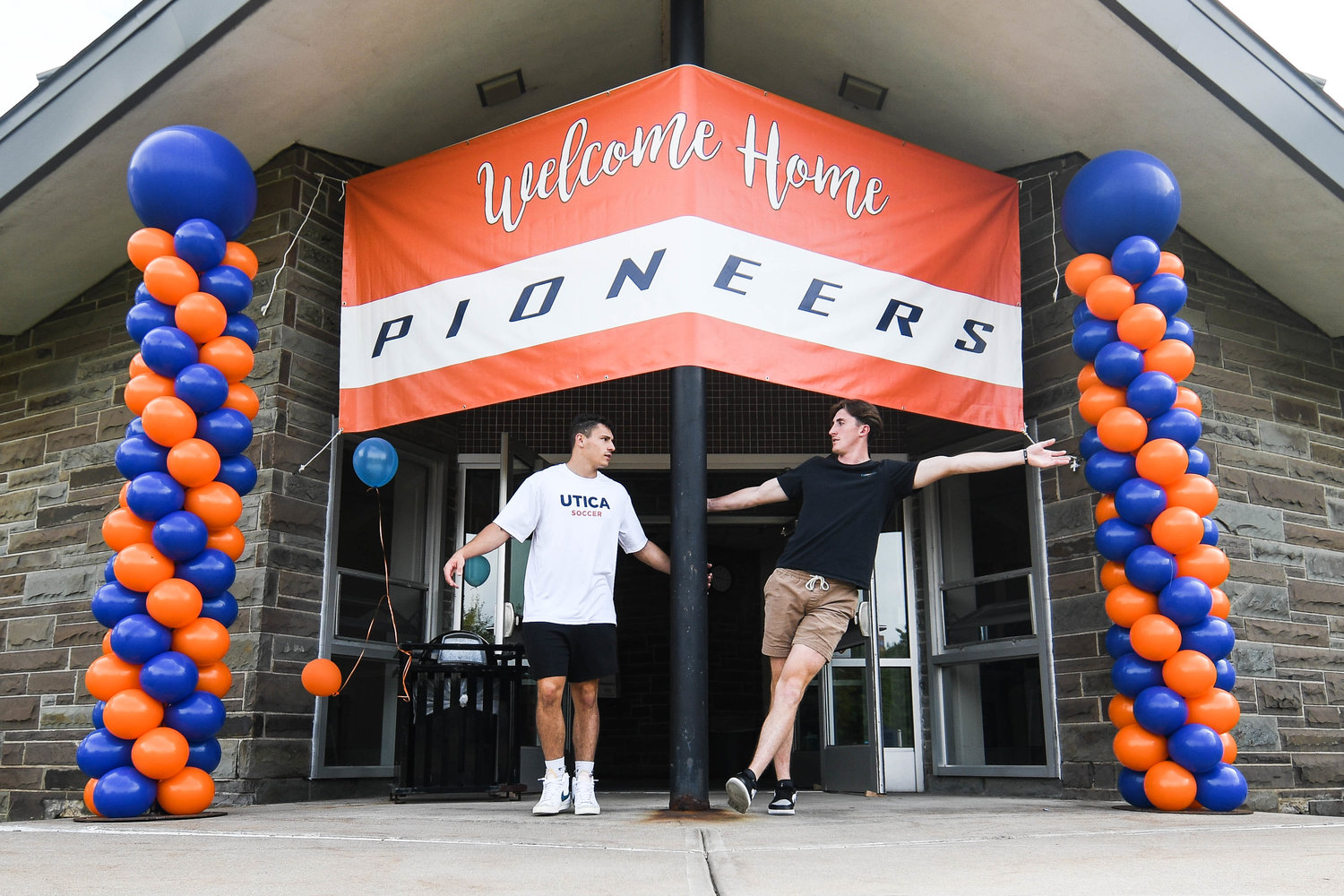 Sean Weaver and Brady Maloney strike a pose while helping Utica University’s Class of 2026 move into their dorms on Tuesday.
(Sentinel photo by Alex Cooper) 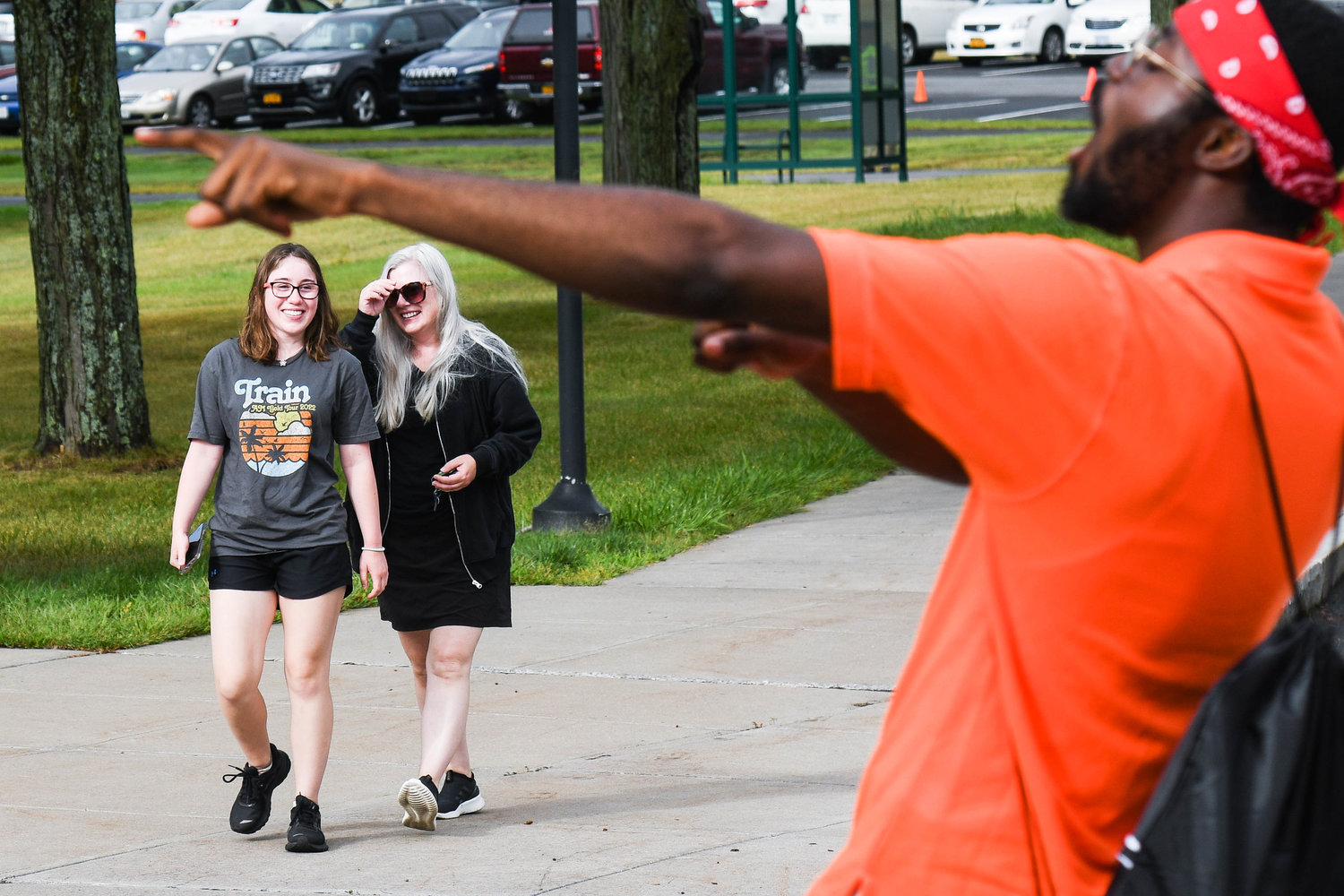 A student directs a freshman in the right direction as student orientation members help Utica University’s Class of 2026 move into their dorms on Tuesday.
(Sentinel photo by Alex Cooper) 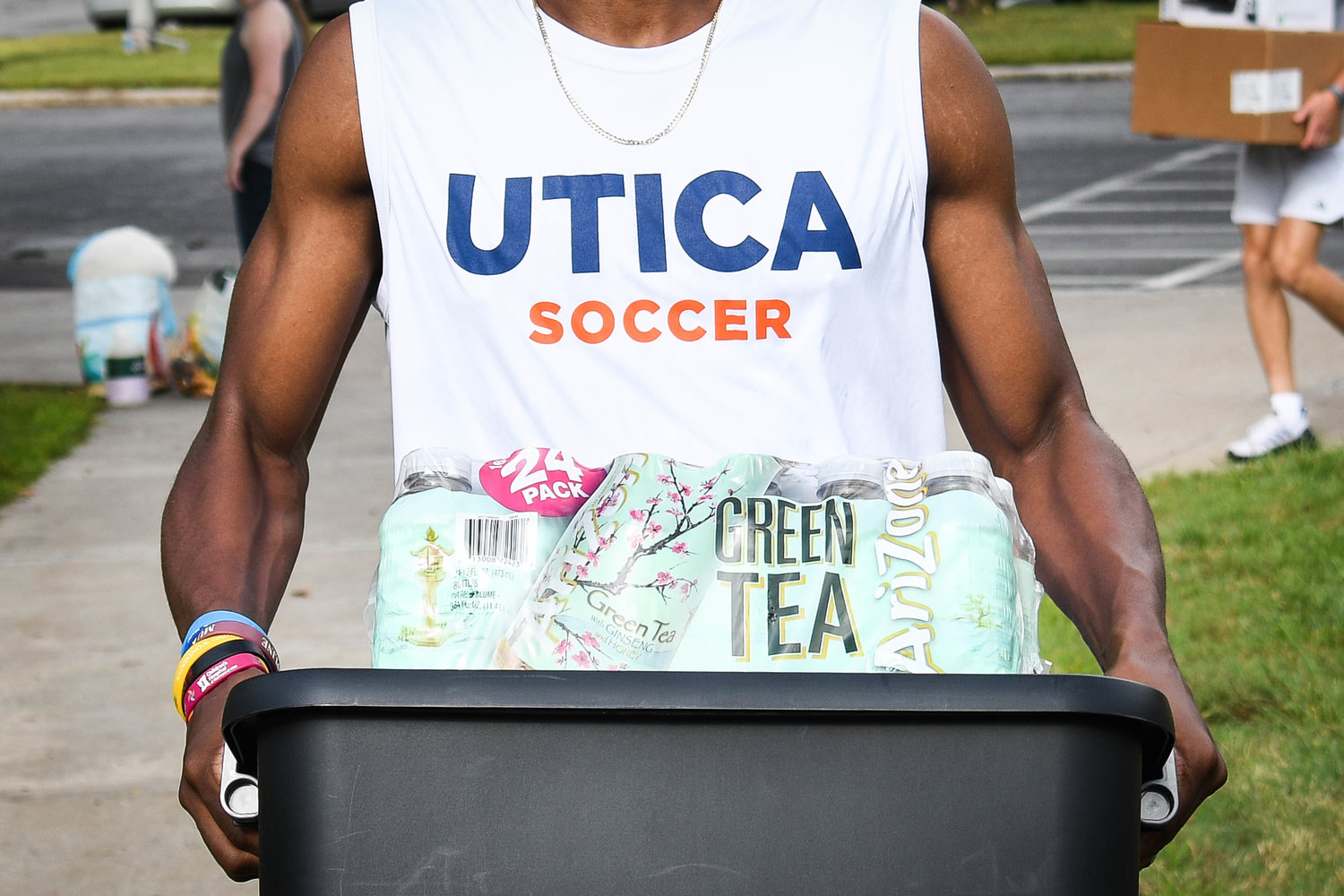 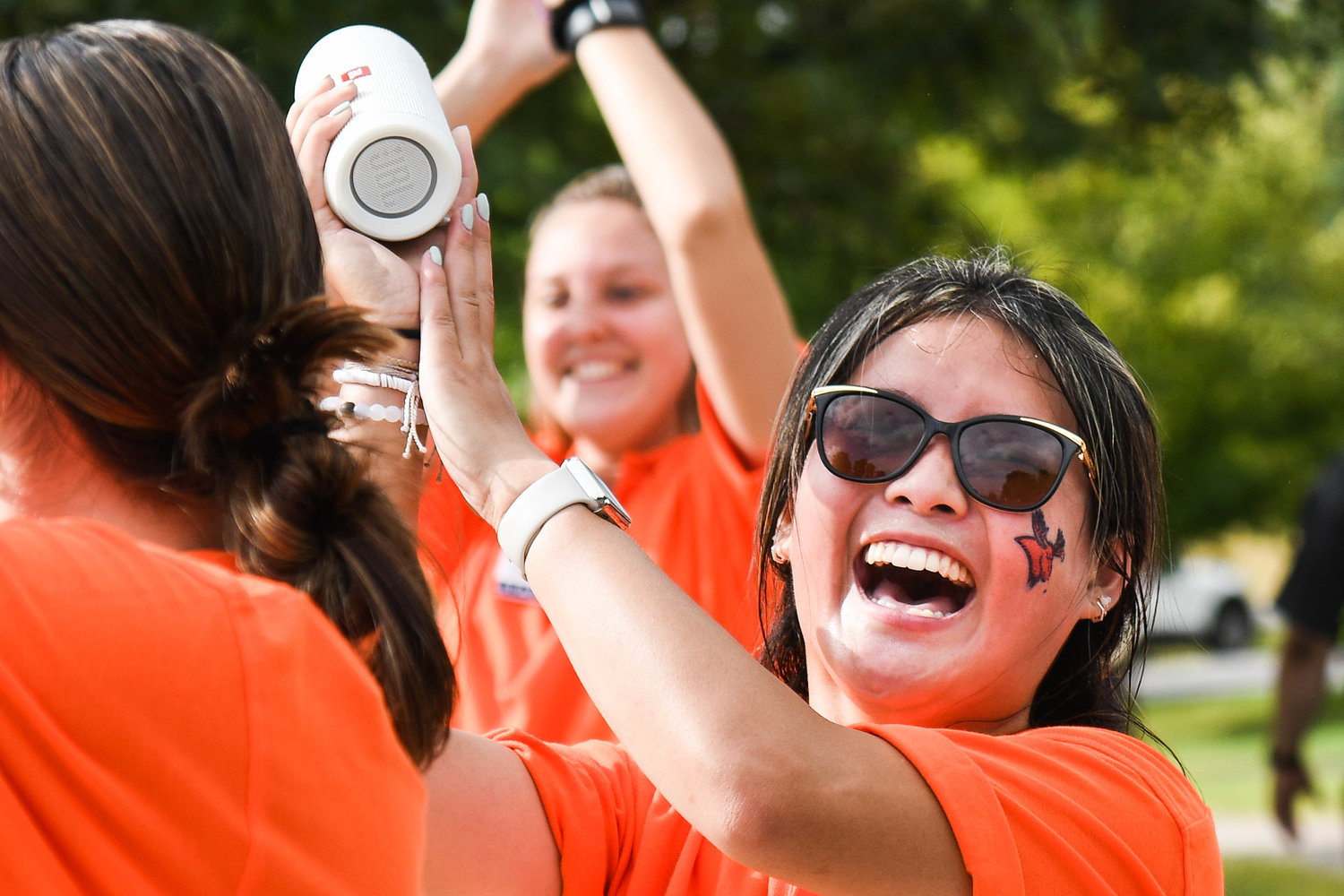 May Ambeau and other student orientation members cheer and dance while helping Utica University’s Class of 2026 move in on Tuesday.
(Sentinel photo by Alex Cooper) 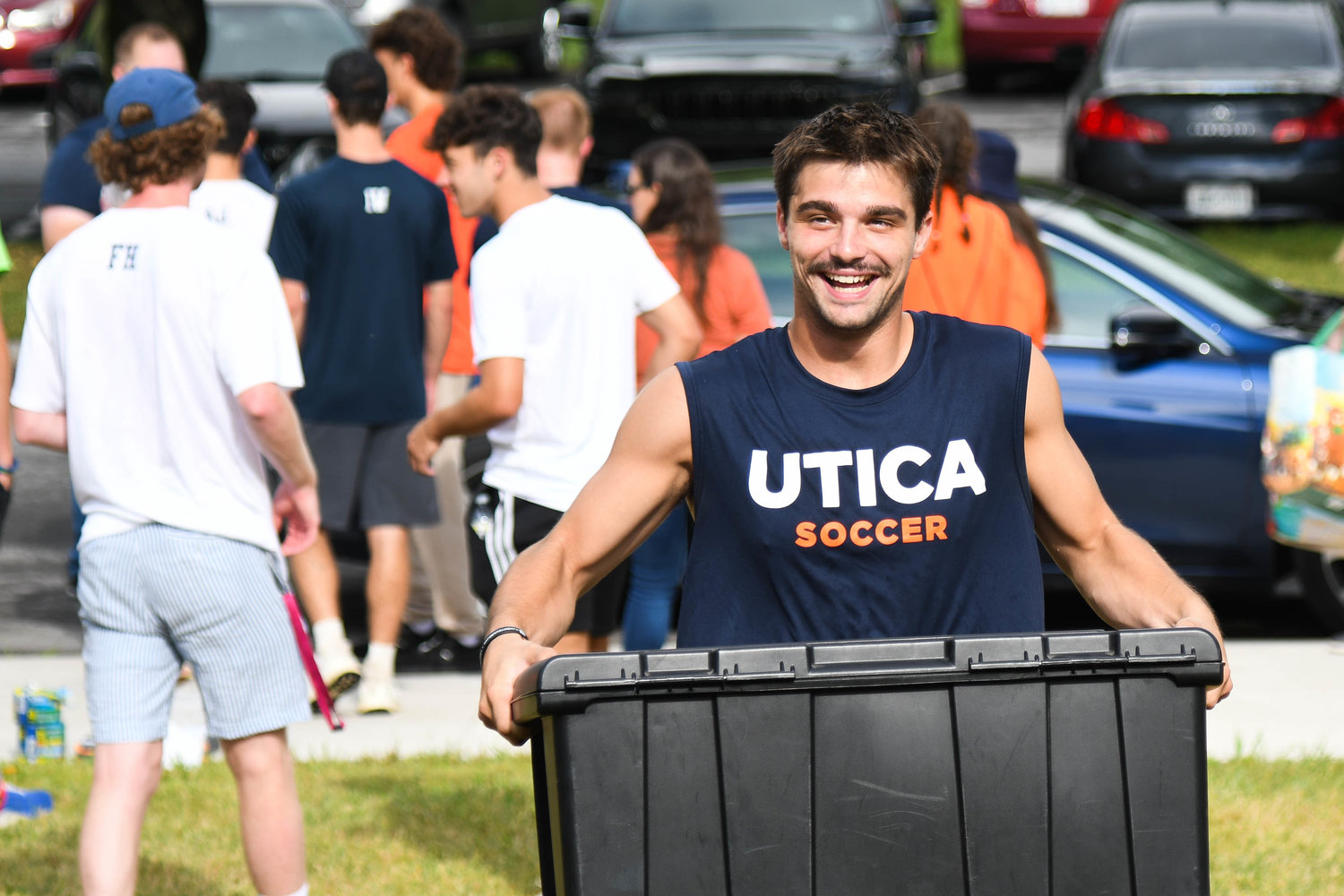 Nico Leonard and other members of the Utica University soccer team help freshman move into their dorms on Tuesday.
(Sentinel photo by Alex Cooper) 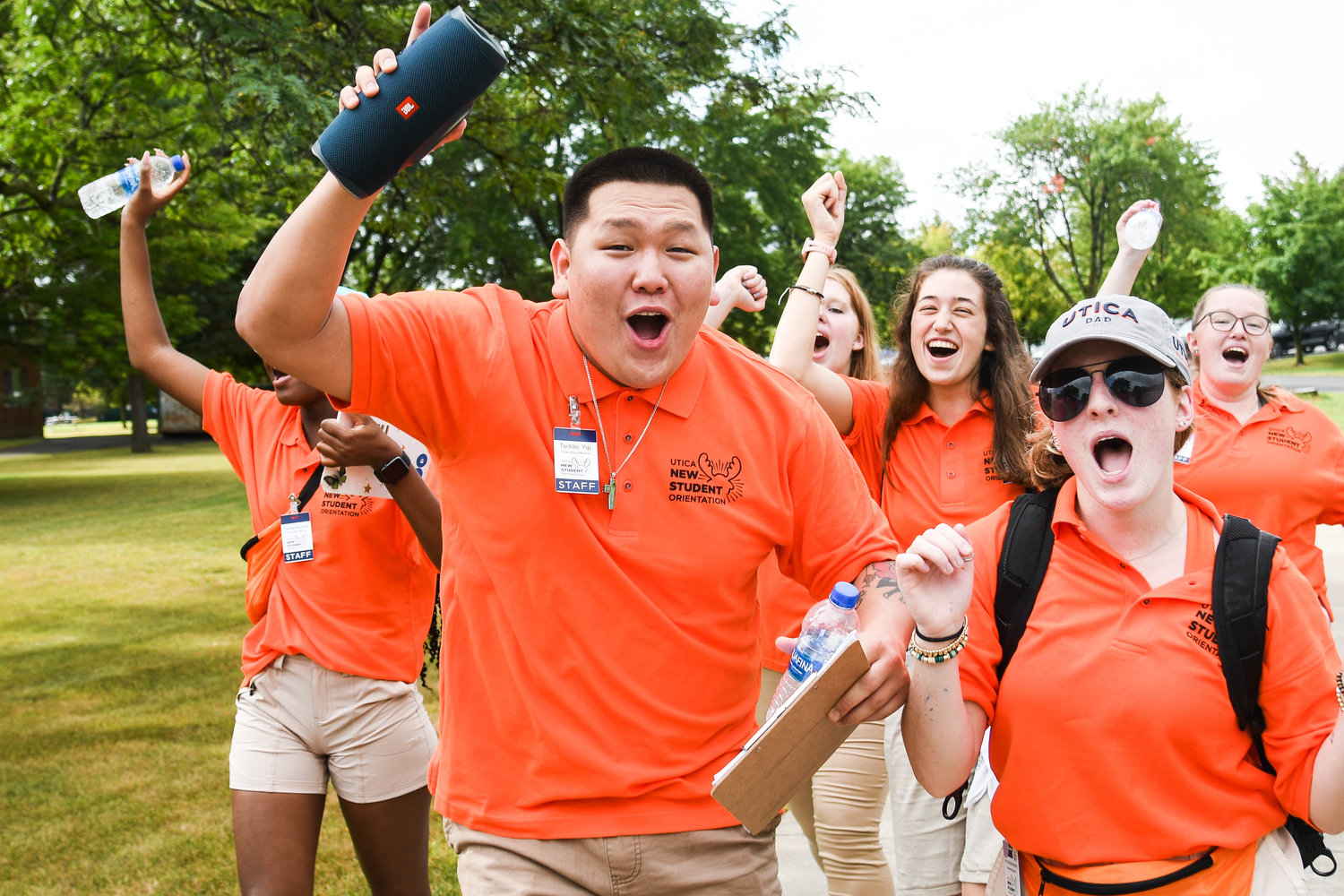 UTICA — Utica University celebrated its annual move-in day by welcoming 556 new students to its campus. A total of 456 freshman and 100 transfer students have officially become a Utica Pioneer as the new academic year is about to begin.

“We’re trying to make it as comfortable as possible, especially for those more nervous ones who are leaving home for the first time, leaving their parents for the first time,” said Sarah Radzicki, a nursing student and orientation mentor at Utica University. “We’re really trying to keep their spirits uplifted.”

The university scheduled many events for the new students to welcome them and help them adjust to living on campus, including a new student orientation, icebreaker activities, catered food and various entertainment.

Mickale Thompson, an orientation mentor who is majoring in communication and media and business management, believes that move-in day is a culmination of hard work and strategic planning to ensure new students have an unforgettable experience moving into a new place they will be calling their temporary home.

“For us, we’ve been here a couple days before them, so we’ve been planning stuff, organizing stuff and having training to make sure that we know exactly what we’re supposed to do and how to provide that experience for everybody,” Thompson said. “It’s an important job. This is their first orientation and it’s their last one at the same time. We have to make it memorable and that’s specifically what we’ve been doing for the past couple days to just tie everything together for the students and their families as they come in.”

New students on the university’s campus have expressed how the orientation mentors made them feel at home during move-in day as they begin their new lives in an unfamiliar environment.

“It seems like I was accepted as soon as I got here and overall made me excited to be here,” said Ben Freeman, a new student who will be studying health and wellness.

In addition to welcoming new students, Utica University will also be welcoming new opportunities. The university adopted new general education requirements for its students, where they will be able to take classes geared towards their interests. The university recently completed their Esports center in Bull Hall and joined the East Coast Conference for Esports. The university also previously announced a partnership with the Nexus Center where their sports management students will be able to gain hands-on experience as a part of their curriculum.

The first day of classes at Utica University begin on Monday, Aug. 29.