Utica Teachers' Association President Scott Rogowski told the district Board of Education and their audience Tuesday that union members had their final meeting with a district mediator. 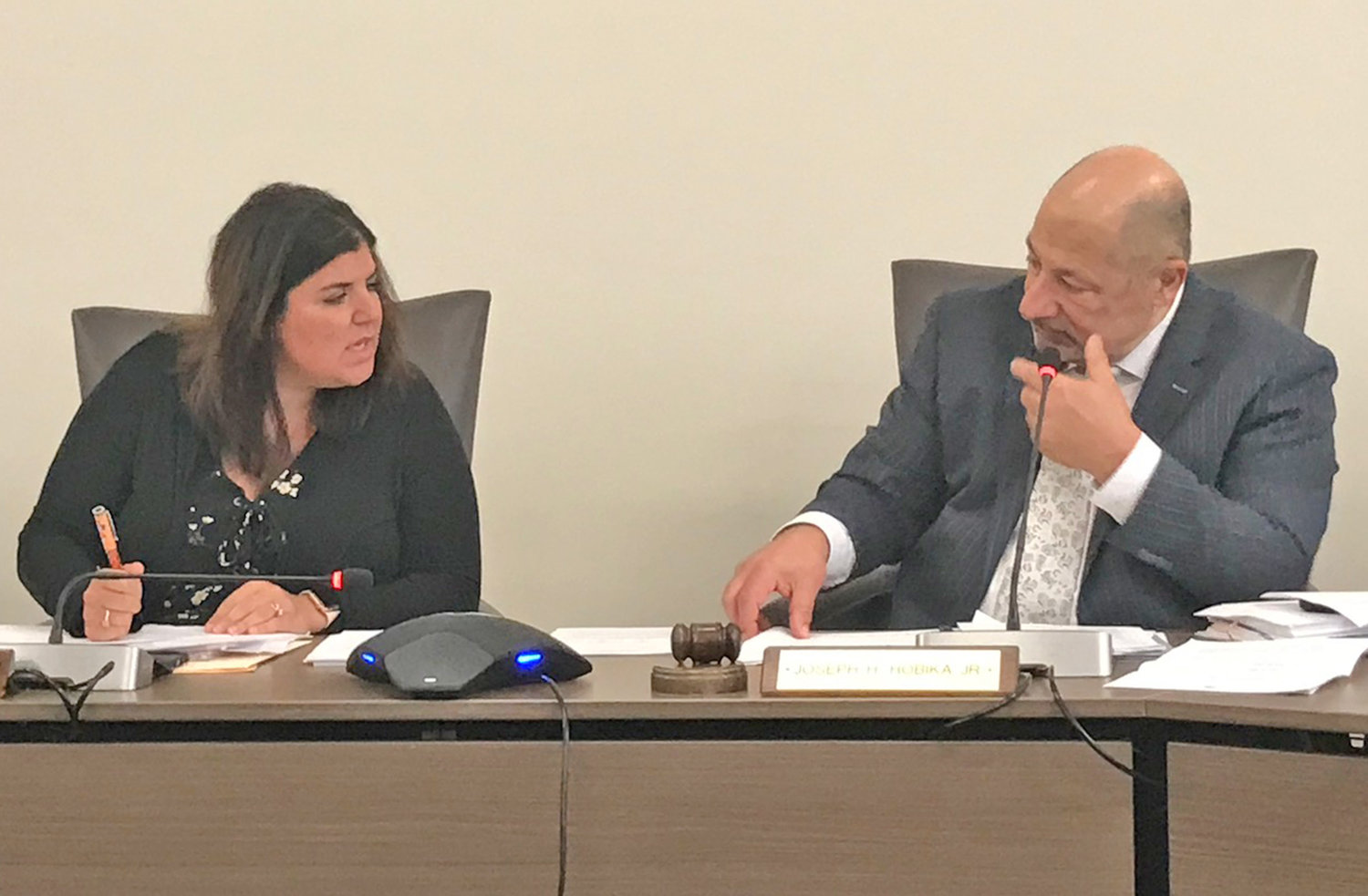 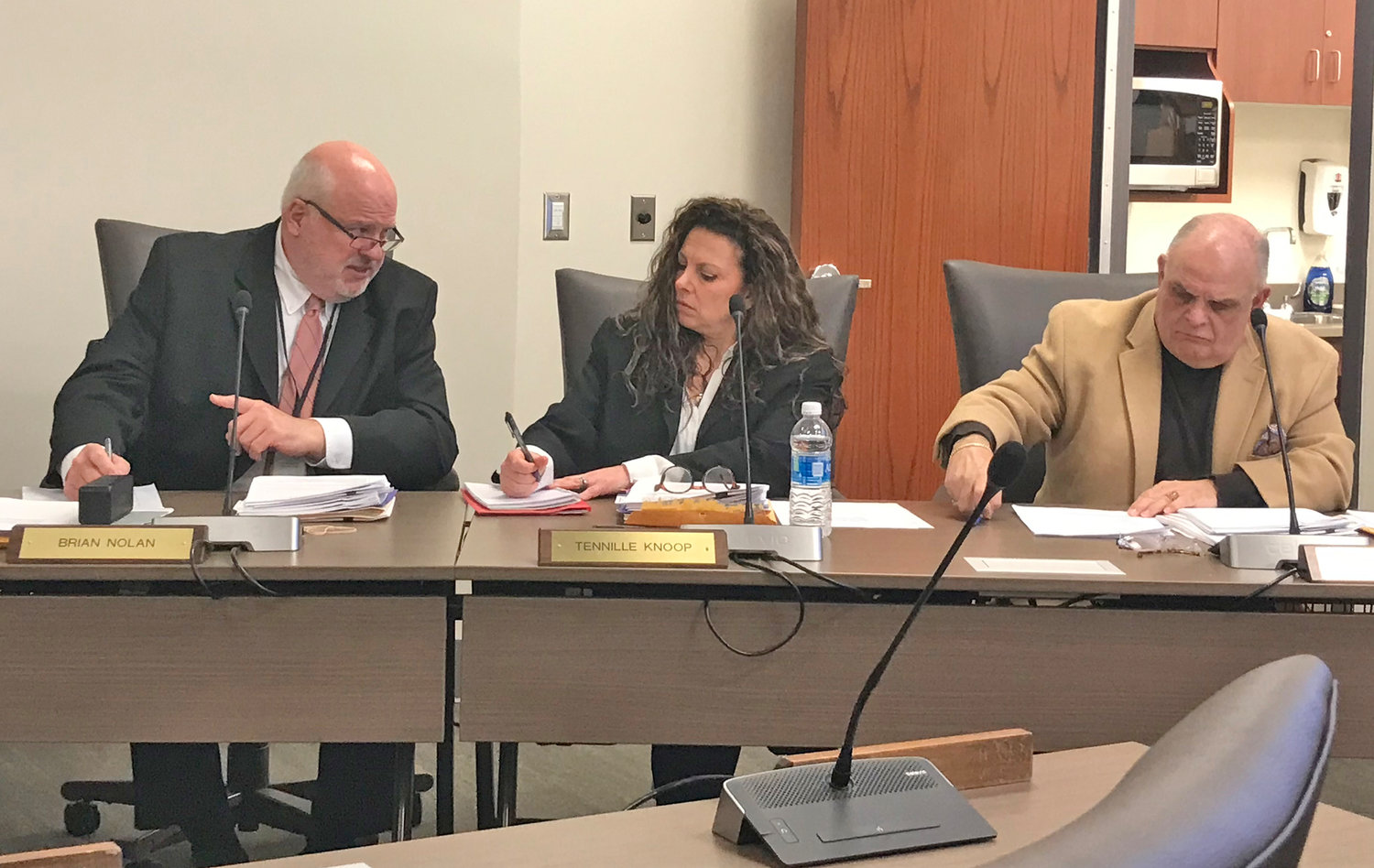 UTICA — Utica Teachers' Association President Scott Rogowski told the district Board of Education and their audience Tuesday that union members had their final meeting with a district mediator Jan. 17 and they came away with a tentative contract agreement.

Rogowski gave the UTA report to the board at their regular monthly meeting in the boardroom of the district administration building. He added the union also had a full member meeting at Proctor High School for discussion on that agreement Tuesday and they now hope to hold a ratification vote in the upcoming weeks.

District Acting Superintendent Brian Nolan later called the tentative teacher contract agreement "fair and balanced," although he said he could not comment further.

Shortly before the meeting, the board and their audience found it had to be moved to its old location of the boardroom at the administration building.

The district's new Chief Operations Officer Mike Farraro, who school board President Joseph Hobika Jr. welcomed to the front table for the first time at that night's meeting, explained that the location was moved from the Kernan Elementary School auditorium after inspections of the stages at Kernan and Donovan Middle School earlier in the day.

Inspectors found some ropes and guide wires that were unsafe at Kernan, Farraro said, so the stage — where the board traditionally sits during their meetings — was shut down temporarily until repairs could be made. The district posted the meeting location change on its website and also stationed a guide at the auditorium to direct audience members around the corner to the administration building.

Responding to legal action against 4 board members

The board members voted 4-3 to defend and indemnify the four Board of Education members — Hobika along with Vice President Daniele Padula, Tennille Knoop and James Paul — plus Nolan in the Federal Court action commenced by suspended district Superintendent Bruce Karam. The resolution also authorizes defense counsel to assert any and all defenses and counterclaims in response to that litigation.

The four "yes" votes were from the defendant board members, while fellow board members Robert Cardillo, Donald Dawes and David Testa voted against it.

The board approved a lease agreement with the Mohawk Valley Hospital System to lease out the Evolve Weapons Detection System recently removed from Proctor High School for $1,500 a month for six months. Dawes questioned if there might be a liability issue leasing the system — found not to be adequate for the safety needs at the school — to the hospital.

The resolution ended up passing with the same 4-3 vote.

Empower Business Strategies was approved for consulting services provided for the district in the Human Resources Department. Nolan said this resolution came about from a recommendation from their current consultant to have a person available to answer questions as a new HR director is selected.

Cardillo asked who Empower Business Strategies was and Hobika responded it was Anthony LaPolla, a former school board member who resigned in 2022. Cardillo also questioned why the district needed that consultant, as the other was only recently approved.

Hobika said there are 1,800 employees in the district and only one professional HR employee, which he called a "recipe for disaster."

"I would say since attention has been paid to the Human Resources department, we've saved more money in stopping people who don't show up for work but collect wages and full benefits, etc. etc., that it's more than going to pay for itself," Hobika said.

LaPolla has all of the HR background and qualifications necessary for the position, Hobika added. That resolution passed 4-3, again with Hobika, Padula, Knoop and Paul voting yes and Cardillo, Dawes and Testa voting no.

The next meeting of the Utica City School District Board of Education is scheduled for Tuesday, Feb. 28 at the Kernan Elementary School auditorium, 929 York St. There will be special meeting at 5 p.m. for an executive session in the administrative building boardroom, with public commentary at 6:30 p.m. and the regular meeting at 7 p.m. in the auditorium.

For agendas and livestream viewing on this and past meetings, visit www.uticaschools.org.