It might be hard to believe but the Utica Comets and their closest geographical rival, the Syracuse Crunch, have not met yet in this regular-season. 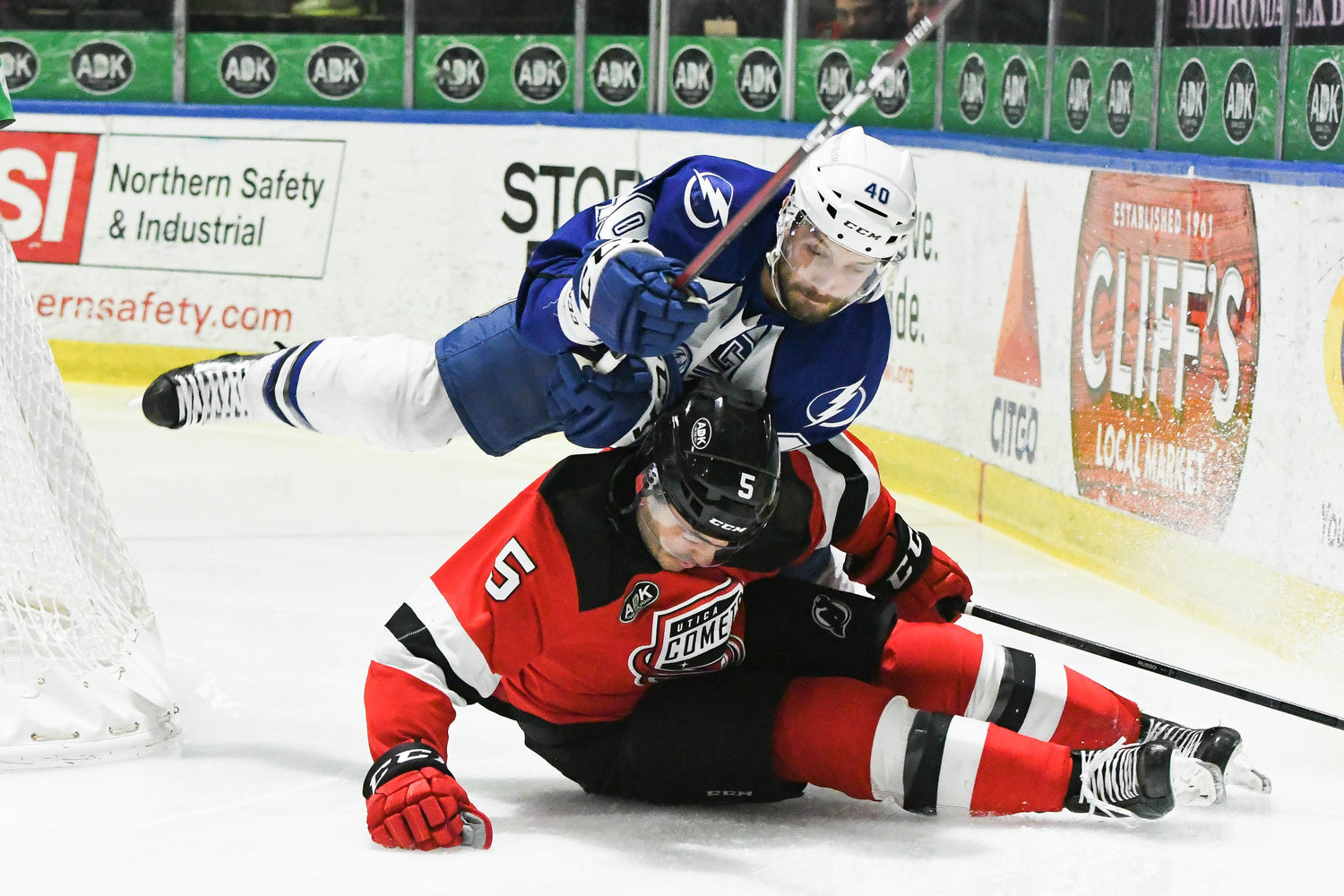 Utica Comets defenseman Robbie Russo (5) is hit near the boards by Syracuse Crunch player Gabriel Dumont (40) during a game last season in Utica. Russo is part of the Comets’ defense this season while Dumont hasn’t played since suffering an injury during the first week of this season, according to the Crunch.
(Sentinel file photo by Alex Cooper)
Posted Friday, November 11, 2022 8:14 pm
Ben Birnell
Sports writer
email / twitter

It might be hard to believe but the Utica Comets and their closest geographical rival, the Syracuse Crunch, have not met yet in this regular-season.

That changes Saturday with a scheduled meeting between the North Division teams in Syracuse. Because the teams are separated by about an hour just down the thruway, the Crunch are the Comets’ most frequent opponent as the teams will meet 14 teams during the 2022-23 season.

However, the meetings are sporadic early in the season: The next meeting after Saturday is mid-December in Syracuse. The teams don’t meet in Utica until late January when the teams meet four times in 11 days.

WHAT TO KNOW: Syracuse, which is coached by Ben Groulx, was 1-2-1-0 at home entering Friday. Syracuse was 24-11-1-2 at home last season. ... Syracuse lost for the fourth time in five games with a setback to Rochester on Wednesday. Syracuse played against Belleville on Friday. ... Defenseman Darren Raddysh served a one-game suspension Friday as a consequence of a charging incident in the closing moments of Wednesday’s game when he caught Rochester forward Lukas Rousek up high on an empty-net goal. ... Comets forward Nolan Foote is the top returning scorer against the Crunch from last season when he had four goals and six assists. ... Utica is 0-3-0-0 on the road this season, following a 5-3 loss last Friday at Rochester. Utica was 20-12-4-0 on the road last season. ... Comets goaltender Nico Daws was 3-0-1 with a 2.73 goals-against average in four games last season against Syracuse.