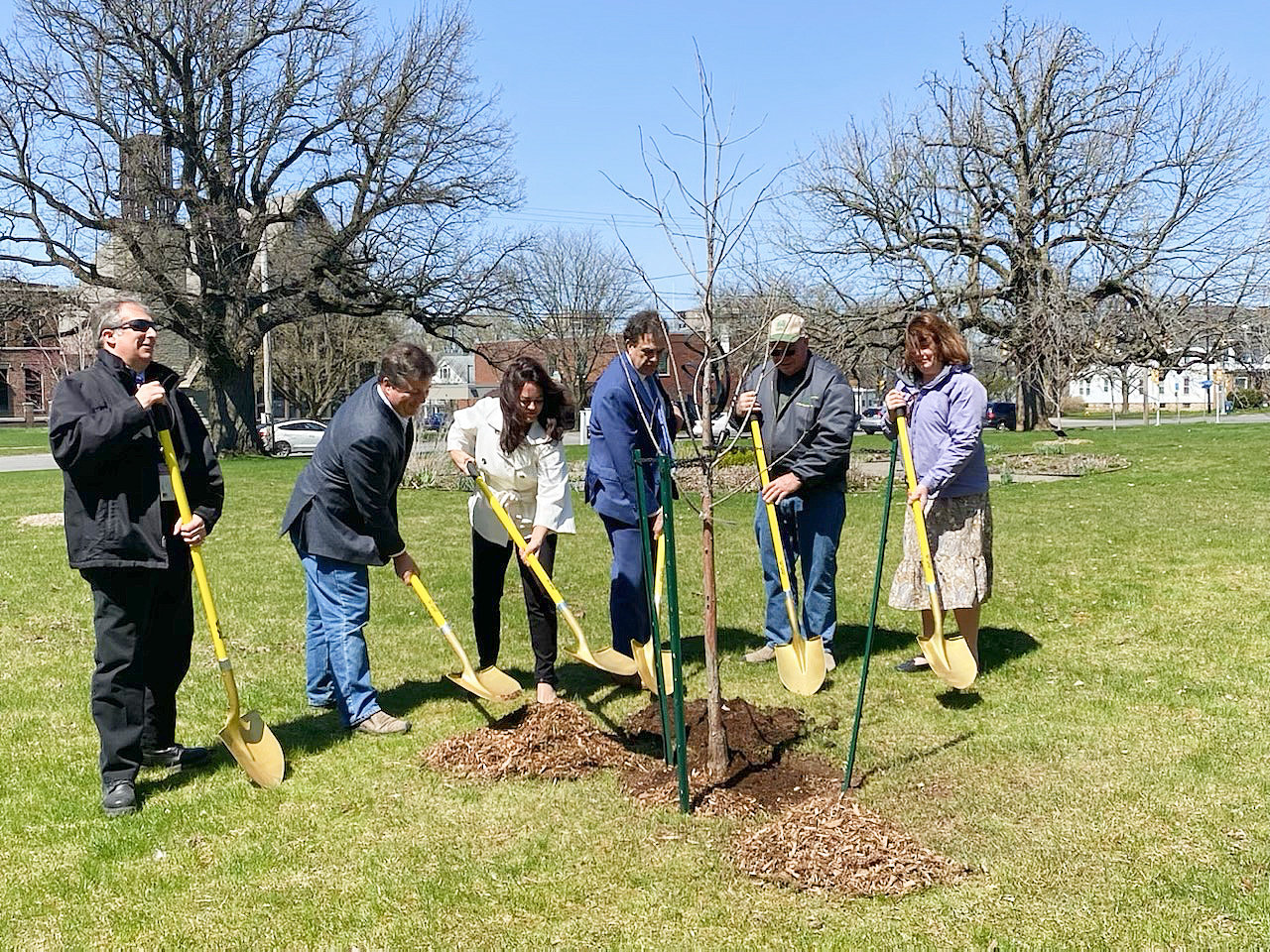 CELEBRATING SERVICE The city of Utica recognized the work of The Central New York Conservancy and it's 20 years of dedication to perserving and beautifying Utica's Olmstead designed parks. To commemorate, local officials planted a tree for Arbor Day and presented the Conservancy with a certificate of recognition. Pictured: Dave Short, left, Kirk Evans, Gina Pearce, Mayor Robert Palmieri, Terry Hawkridge, and Assemblywoman Marianne Buttenschon
(Submitted Photo)
Posted Monday, May 2, 2022 8:10 am

UTICA — The Central New York Conservancy, a non-profit agency dedicated to preserving and beautifying Utica’s Olmsted-designed parks while promoting maximum use for all, celebrated its 20th anniversary on Arbor Day alongside local officials.

As part of the celebration, the Conservancy planted a commemorative tree, a Bald Cypress, introducing its new executive director, Gina Pearce, and receiving a Certificate of Recognition from Utica’s Mayor Robert Palmieri.

The CNY Conservancy was founded in 2002 to preserve, maintain and beautify the six hundred acres of Utica’s Olmsted-designed parks, has a 20-year legacy of restoration projects, park clean up and maintenance efforts, and annual beautification projects.

“Arbor Day reminds us that trees are significant. They provide clean air and water, shade, and a habitat for wildlife. Trees add to the overall health of our community,” Pearce said. “Our 20th anniversary Bald Cypress is only one of the 11 trees we’ve planted this year and 200 that we’ve planted in our 20-year history.”

According to Pearce, the CNY Conservancy is also responsible for planting 8,000 flowers a year and 160,000 in their 20-year history. For 20 years, the Conservancy has worked with the City of Utica, community partners, volunteers and donors to improve the City’s parks.

“We do it to honor our amazing park system, and ultimately, we do it to for our community.”