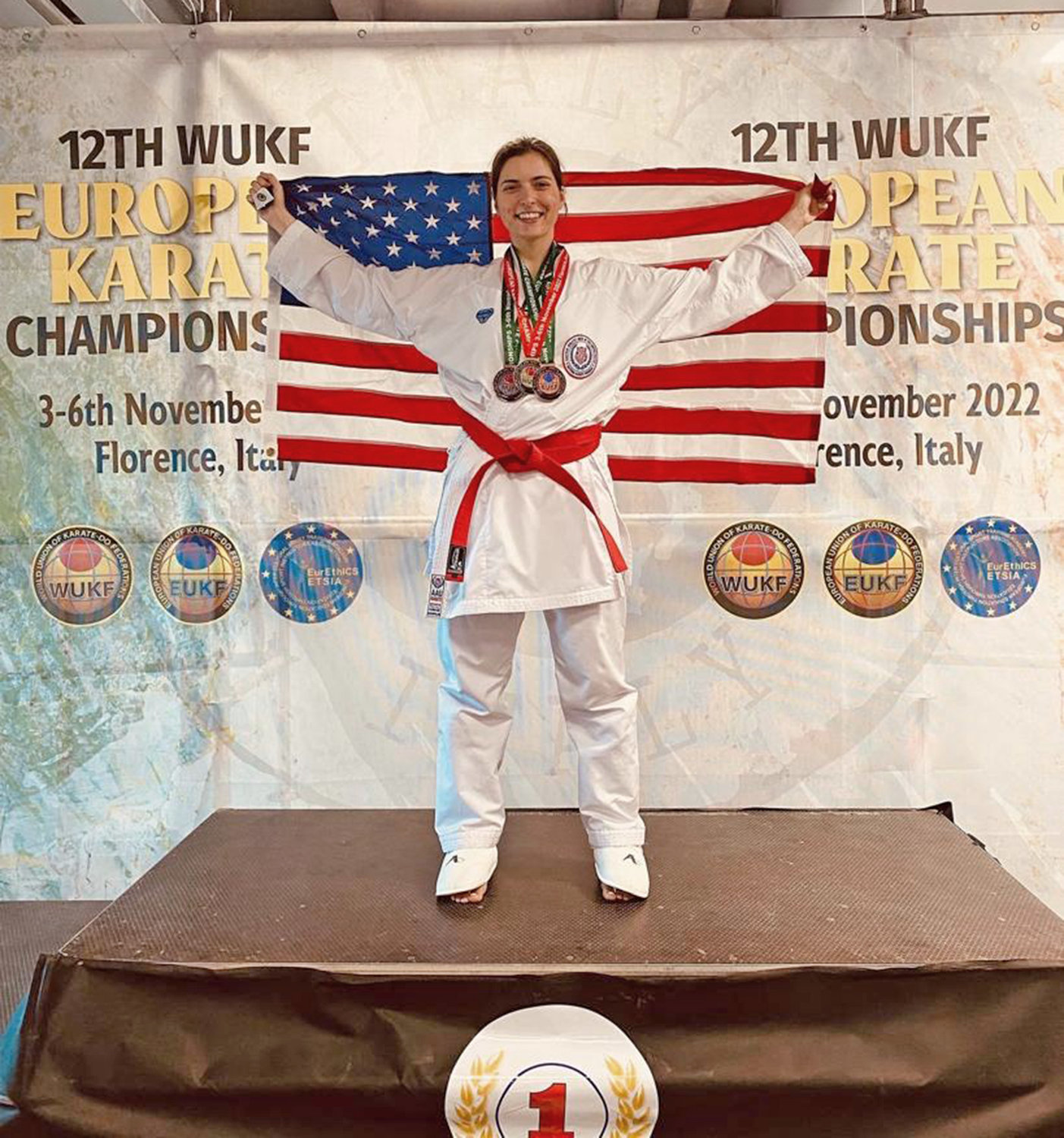 The Utica woman placed first in her team division and won the gold, competing alongside three elite female fighters in the Team Saban Division and won bronze in the Team Rotational Division. Sijaric won a bronze medal in her individual competition. There were 1,852 athletes and 21 countries represented in the European championships.

The tournament took place Nov. 3-6 in Florence, Italy and Sijaric was the captain of the American team. Sijaric, 25, is a Croatian native and has lived in Utica since she was 1-years-old. She is a resident and instructor at School Dragon on Bleecker Street in Utica, a business owned by her father.

“Tea is proof that if you work hard and remain focused, dreams can come true for you in Utica,” Palmieri said. “The talent and the potential of our residents is unlimited. Her dedication and the example she sets as a role model is something we can all be very proud of.”