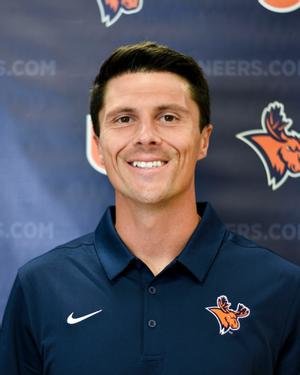 Joe Gerbino, who has been the Pioneers offensive coordinator under head coach Blaise Faggiano since 2017, is the NCAA Division III assistant coach of the year honor from the American Football Coaches Association. The honor was announced Tuesday.

One assistant coach from the five divisions of college football has been selected for their dedication to their teams and communities. A total of 42 nominees from NCAA Football Bowl Subdivision, Football Championship Subdivision, Division II, Division III and NAIA were nominated for this season, according to a release. Each year, staff representatives from NCAA and NAIA football schools are asked to nominate an assistant for consideration. From those nominations, the winners are selected by the AFCA Assistant Coach of the Year Committee.

Gerbino, who is originally from New Jersey, previously played for Faggiano and graduated from Utica in 2014.

The school noted Gerbino “has spoken at several football clinics and works several football camps each summer” and has organized an “accountability program” at Utica, which is a competition to encourage community service, campus involvement and academic success. He’s also volunteered with various groups in the area.

On the field, Gerbino helped guide a Utica offense that finished second-best in the Empire 8 in total offense with 386.8 yards per game. That included an impressive passing game involving transfer quarterback Braeden Zenelovic and Vernon-Verona-Sherrill grad Nate Palmer. Palmer was named E8 Offensive Player of the Year as a grad student this fall. He's also a semifinalist for the award that goes to the top Division III player.

Palmer finished the season with 75 receptions for 1,291 yards and 20 total touchdowns (18 receiving, one rushing and one punt return) in 12 games. His yards and receiving touchdowns are single-season records.

Utica qualified for the NCAA Tournament for the first time in program history, advancing to the second round and finished the season 10-2 overall.