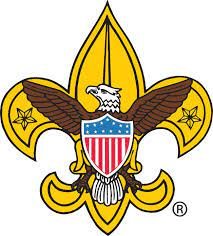 UTICA — The Leatherstocking Council, Boy Scouts of America, has announced that Utica First Insurance Company has renewed its presenting sponsorship of its annual golf classic.

The event will return for the 23rd consecutive year on Monday, Aug. 8, 2022, at Crestwood Golf Course in Marcy according to an announcement by the Leatherstocking Council.

Next year’s event will also be limited to the first 30 teams to register with returning sponsors given priority.

“We enjoyed our first ever sold-out golf classic this year and set a new fundraising record, for the third year in a row,” said Scout Executive Ray Eschenbach.

“Moreover, we were once again able to join nearly all of our corporate partners in one place, at one time to celebrate all they do for the youth in our community whose lives are being changed for the better because of
their support,” the Scout executive director
added. This event is co-chaired by BSA volunteers Matthew Dziedzic of Allstate Insurance in Yorkville, Joanie Grande of Mac-Clark Restaurants and Jill Hayes of New York Sash, the Leatherstocking announcmeent added.

Players are able to participate in a hole-in-one contests to win a new car, round-trip airfare, new clubs or a big screen television.

This year, the Scouts also added a $10,000 putting competition sponsored by Mac-Clark Restaurants – officiated by hockey players from Utica College.

Each year, Leatherstocking Council donors make approximately $45,000 worth of prizes available. Flag sponsors at $1,200 or more are recognized by one or more 10’ flags donated by The Estate of Jean Mary Hastie, according to the announcement by the Leatherstocking Council officials. Leatherstocking Council is the Boy Scouts of America council which serves residents of Herkimer, Oneida and Madison counties as well as residents in parts of Hamilton, Otsego, Delaware and Lewis counties. The council also oversees and operates Camp Kingsley, a cub scout summer camp and the boy scout winter camp located in Ava.

CLINTON — Hamilton College will host its annual Christmas Service of Lessons and Carols on Sunday, Dec. 5, at 4 p.m. in the College Chapel.   The event is free. All attendees must be vaccinated …