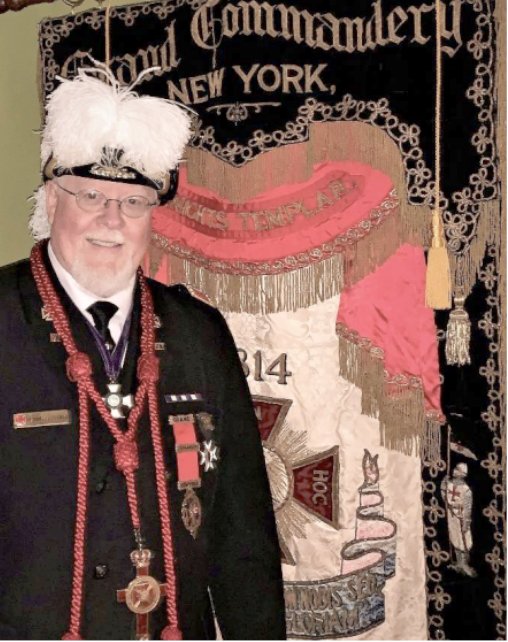 UTICA — The 199-year-old Utica Commandery is hosting the historic 200th Knight Templar New York Grand Commandery Conclave this weekend. The three-day convention brought members of the Knights of Columbus from all parts of the state to the city.

Plue hatted, sword wielding knights will have a marching drill competition as well as a celebratory banquet during the event which began Friday and ends Sunday at the Delta Marriott Hotel.

The event is hosted by Utica Commandery #3 Knights Templar, which was founded on Feb. 8, 1823, by DeWitt Clinton, who in addition to his efforts on the Erie Canal is also known for his support, including holding the title of Grand Master of Knights Templar in the Knights of Columbus.

Today’s activities will feature the drill team competition, a highlight of each Grand Commandery conclave will once again be contested with knights in full uniforms, chapeau and swords in the Marriott’s Grand Ballroom. A public installation of new Grand Commandery officers will also take place.

The current Grand Commander of Knights Templar in New York is Dennis Davis, of Camden, who also served as the Oneida County Commissioner of Public Works.

Sunday activities will begin with a worship service at 9 a.m. in the conference center with the exchange of the cord, ring and sword completing the conclave.